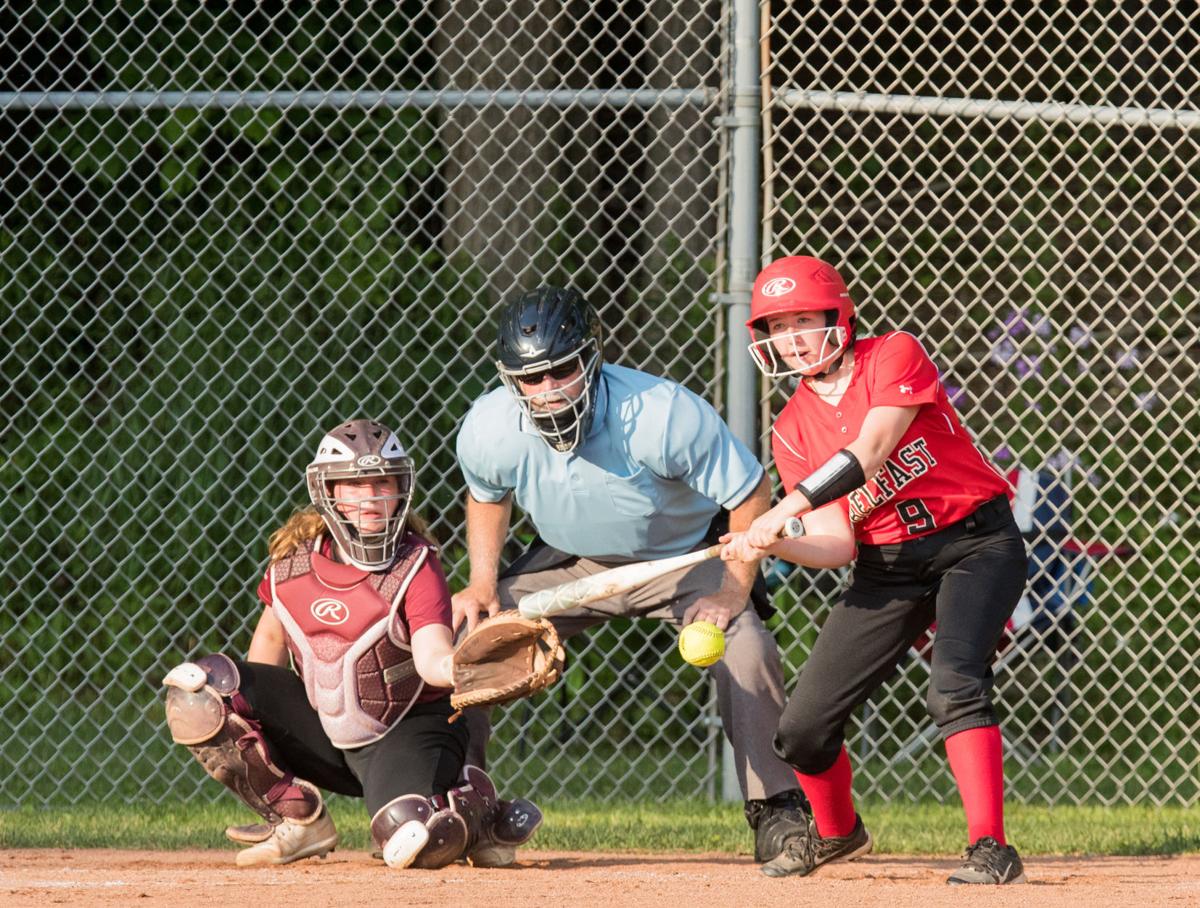 Belfast’s Emma Sullivan (9) drives the ball to right field in the bottom of the third inning in a Section 5 Class D2 quarterfinals game against Elba on Wednesday in Belfast. 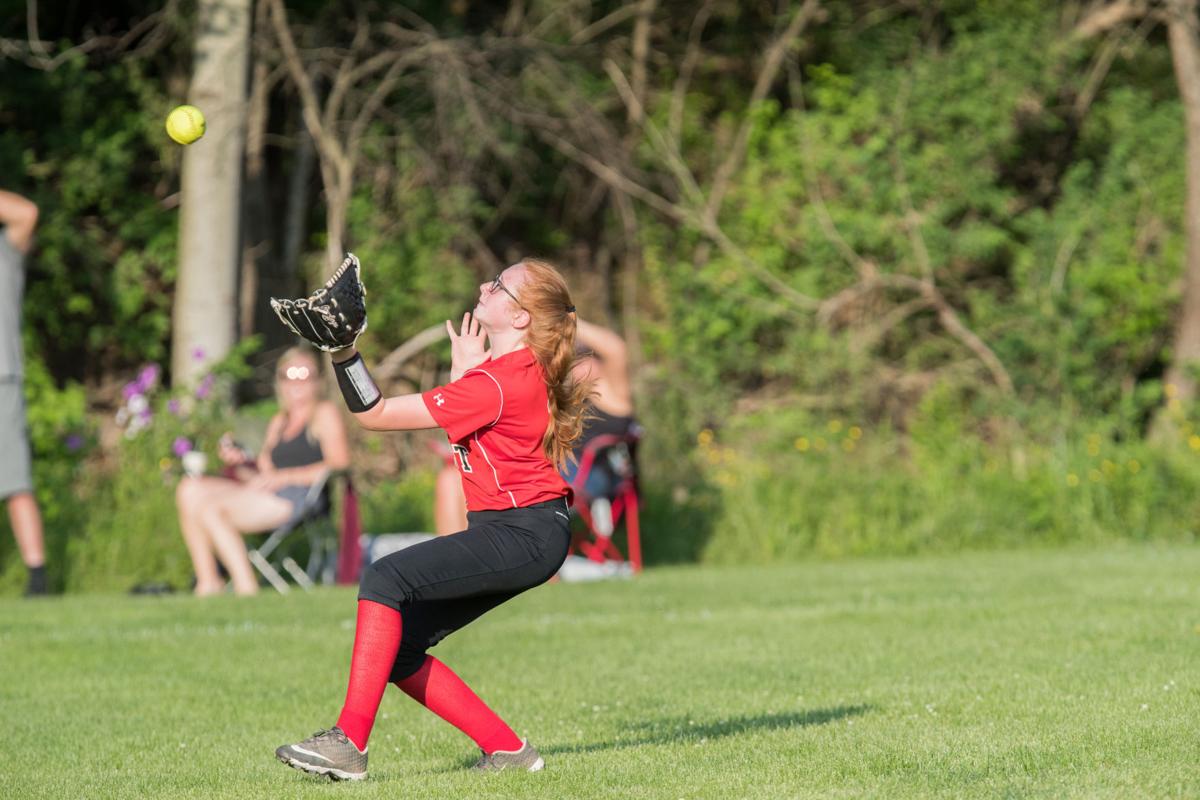 Belfast left fielder Abby Sullivan (1) looks to catch a sharply hit ball for the third out in the second inning against Ebla in Wednesday’s Section 5 Class D2 quarterfinal game in Belfast.

Belfast’s Emma Sullivan (9) drives the ball to right field in the bottom of the third inning in a Section 5 Class D2 quarterfinals game against Elba on Wednesday in Belfast.

Belfast left fielder Abby Sullivan (1) looks to catch a sharply hit ball for the third out in the second inning against Ebla in Wednesday’s Section 5 Class D2 quarterfinal game in Belfast.

BATAVIA — Fillmore took a 2-0 lead in the first inning but could not hold on as Batavia Notre Dame scored three in the third, two in the fourth and one in both the fifth and sixth in a Section 6 Class D1 softball quarterfinal on Wednesday.

Loretta Sorochty and Marisha Tuchelowski combined to strike out eighteen and walk two for Batavia Notre Dame, which won 7-4.

Preslee Miller went 1-for-2 with a two-run home run in the first for No. 7 Fillmore (7-6). Sadie Wolcott had a pinch-hit RBI single in the sixth. Torann Wolfer, Kirstin Frazier, Kada Frazier and Emily Krzeminski each had singles. Kirstin Frazier had a strikeout and five walks.

“We gave it a pretty good shot and thought we gave a very good team a tough one,” Fillmore coach Jon Beardsley said. “Their pitchers mix it a lot and it was tough for us to get comfortable. A few too many strikeouts and a few unearned runs, but a good team makes you do that. I am very proud of the team. They grew a lot this year and I hope all the returners realized they are a pretty solid group. Our two seniors in Harley Miller and Kirstin Frazier deserve a lot of credit leading us through a very up and down, all around year. Their dependability and consistency were the perfect ingredients to carry us.”

HILTON — Iyla Garwood went 2-for-4 with a double and two runs scored and Northstar Christian took advantage of seven Whitesville errors in the win.

Breona Jones (12 hits, 2 walks) earned the win while she, Bria Danesi and Marie Daby (double) all had a hit and scored two runs for the second-seeded Knights (13-5). Tied at 4, Northstar used a six-run fourth inning to pull away, producing that offense off four errors, two walks and one hit.

Rachel Jackson went 3-for-4 with a two-run home run and two runs scored while Jess Erdmann was 2-for-4 with two runs for No. 7 Whitesville. Zoey Lee struck out seven while surrendering six hits and three walks for the Blue Jays (4-10).

Countdown to Camp No. 1: Who will be Boise State's starting quarterback?

Whitesville took an initial 2-0 lead in the first before allowing a four-run bottom half and then tied it in the fourth Jackson’s home run.

BELFAST — No. 6 Elba knocked off No. 3 Belfast as Kallie Totten struck out 12 and walked two, scattering eight hits.

For Belfast (8-6), Harley Proctor and Alicia Borden both went 2-for-4. Emma Sullivan struck out six and walked three.