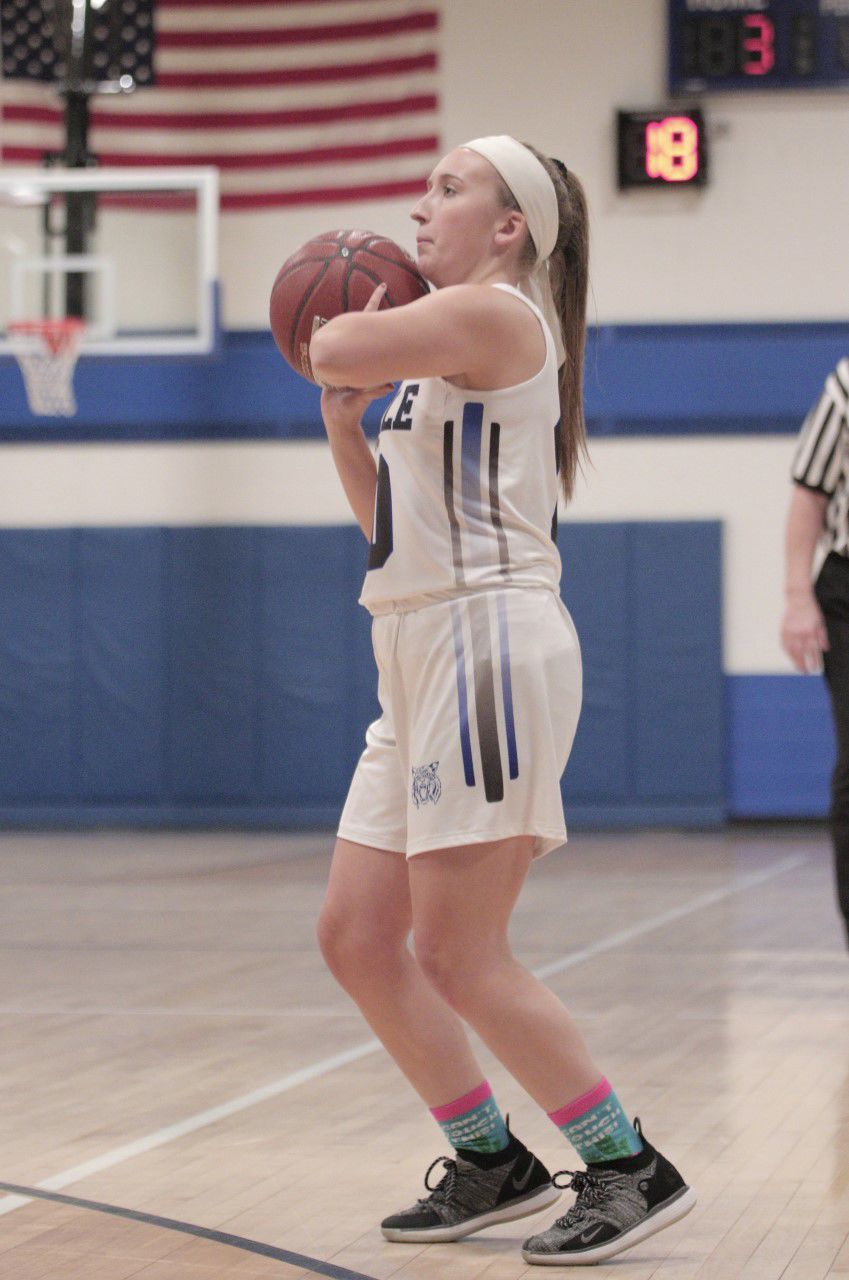 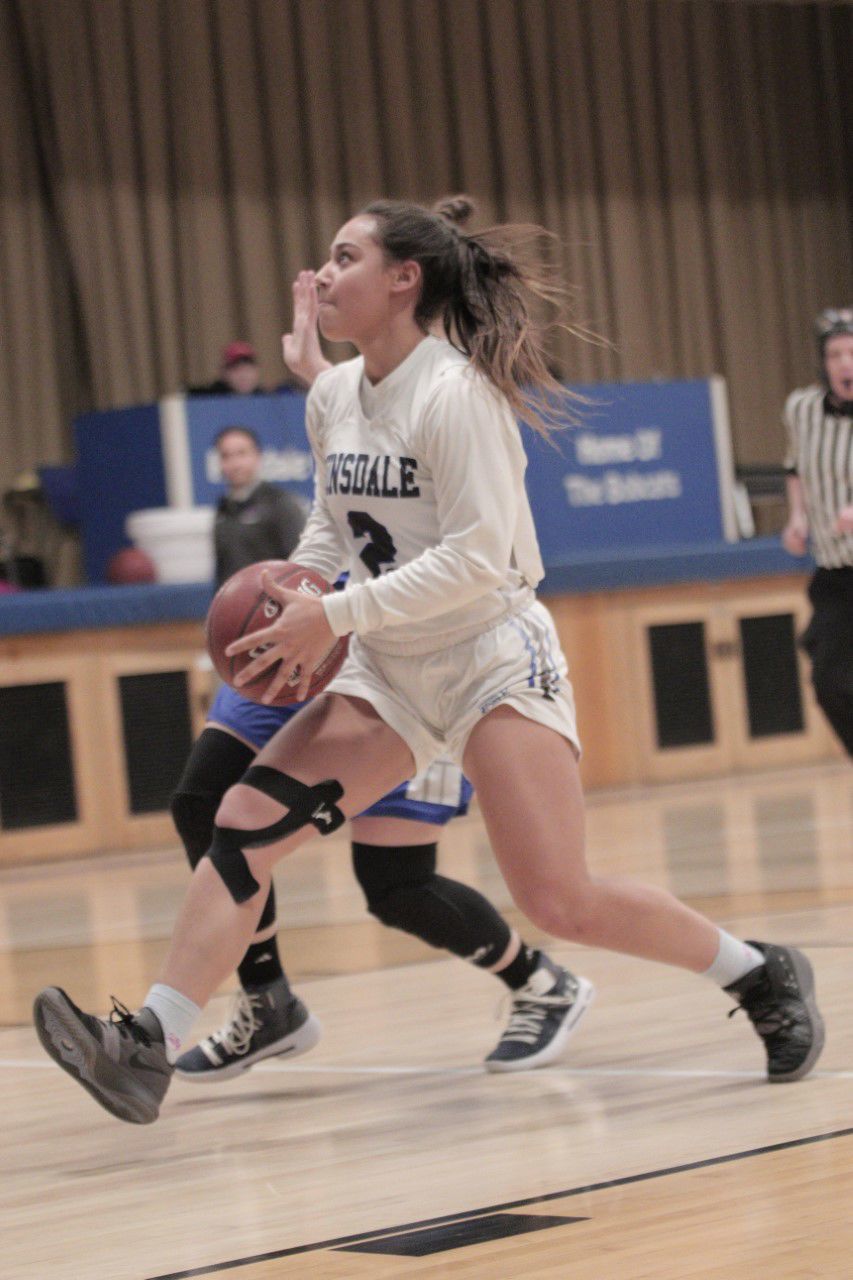 Hinsdale’s Kaitlynn Roberson takes the ball up strong towards the basket against Cuba-Rushford on Thursday. 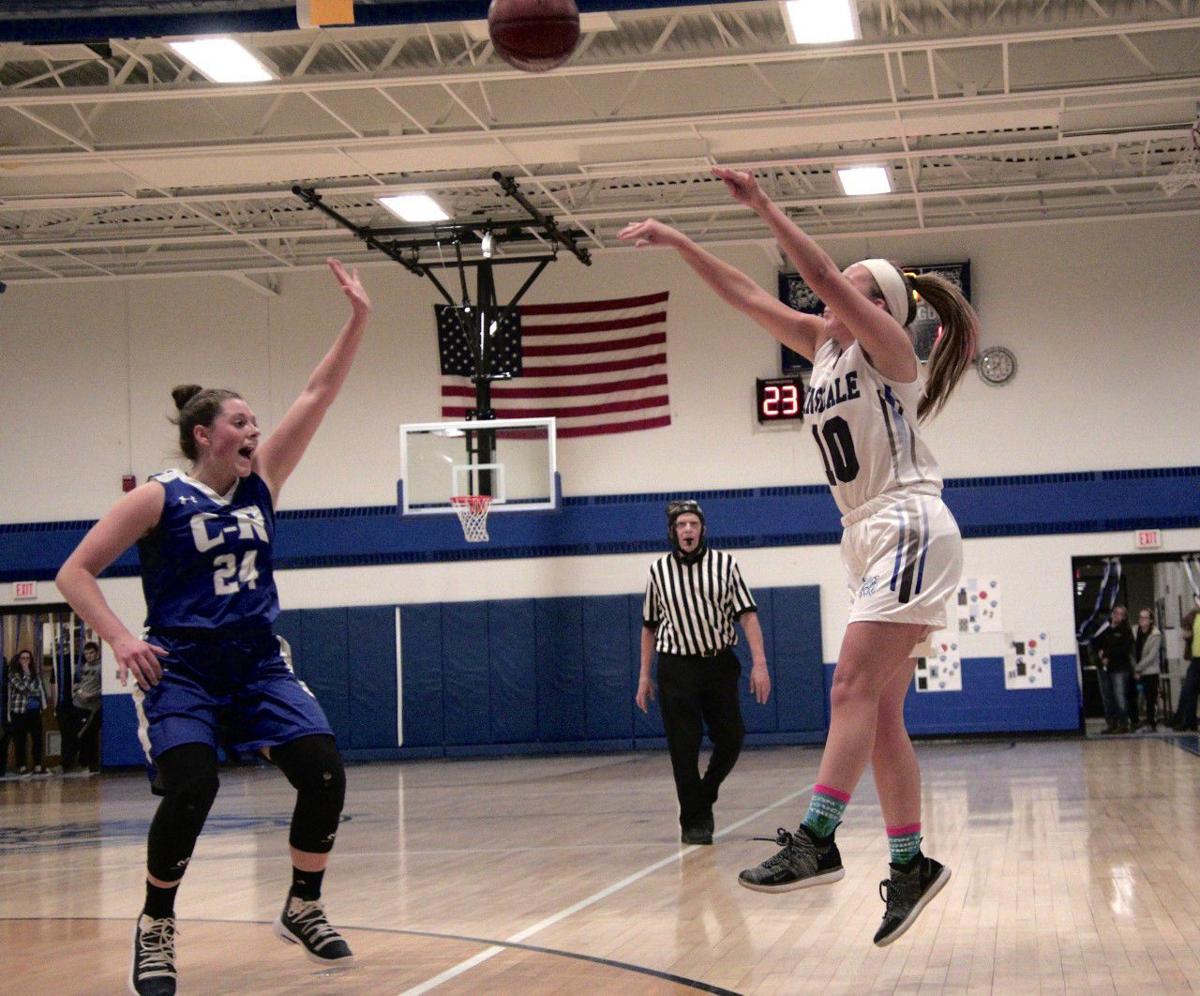 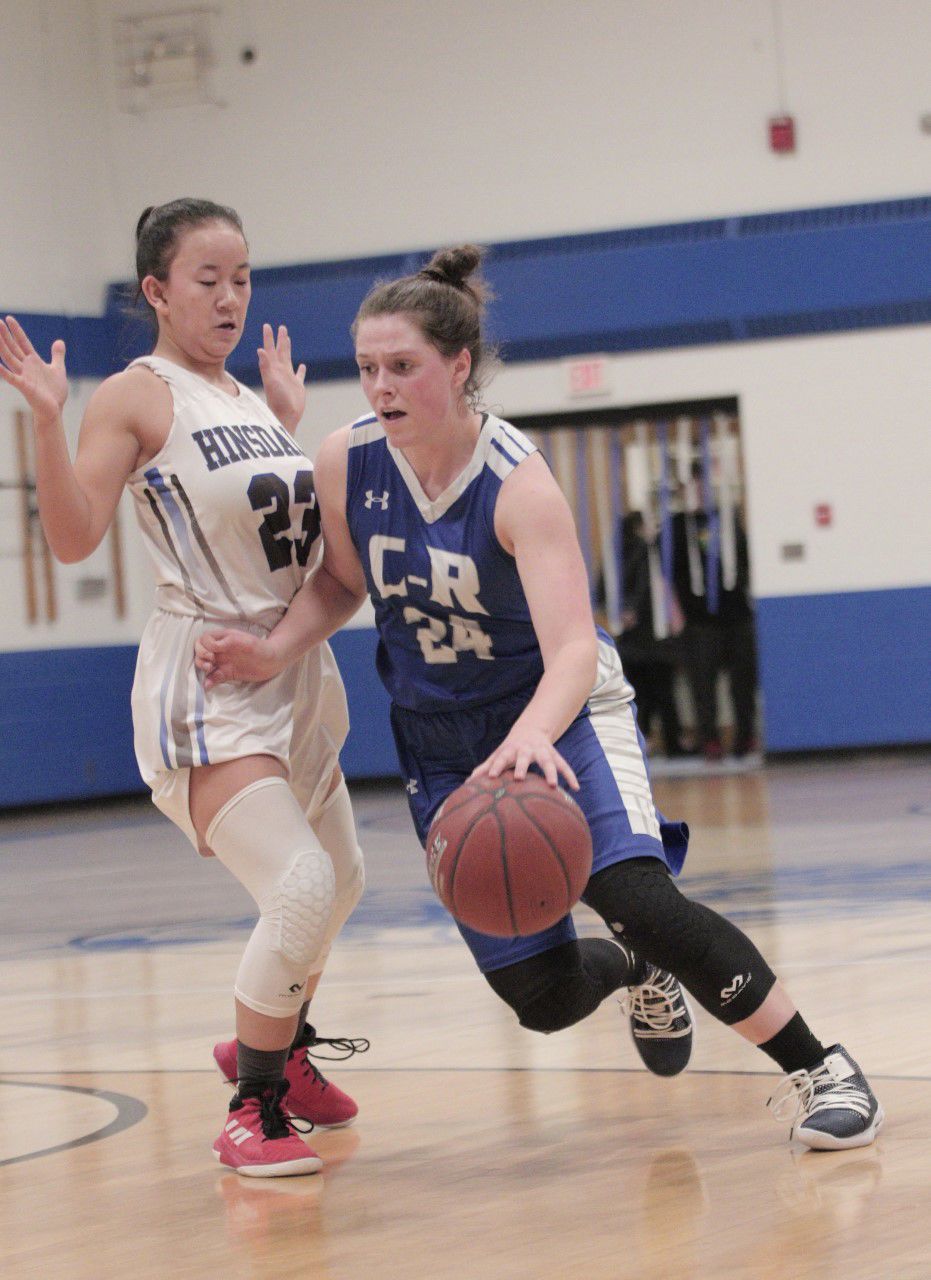 Cuba-Rushford’s Kate Howe (24) drives the lane looking to get past Hinsdale’s Elizabeth Pryzbyla (23) during Thursday’s game.

Hinsdale’s Kaitlynn Roberson takes the ball up strong towards the basket against Cuba-Rushford on Thursday.

Cuba-Rushford’s Kate Howe (24) drives the lane looking to get past Hinsdale’s Elizabeth Pryzbyla (23) during Thursday’s game.

HINSDALE — In what looked to be a runaway win for the Hinsdale girls basketball team, Cuba-Rushford stormed back to give the Bobcats all they could handle.

Hinsdale (14-4), led by its four seniors, fended off a fourth-quarter comeback by C-R (8-9) for a 45-37 Senior Night victory in an Allegany County Division I matchup Thursday.

Hinsdale then led 43-28 after the third quarter before C-R got it down to a seven-point game in the fourth.

“They put more pressure on us (in the fourth) and we tried to dribble out of it,” Hinsdale coach Steve Noll said. “We tried to keep going to what was working, and when the pressure came we went away from that.”

C-R forced six turnovers in the fourth quarter, the same amount that it had forced over the first three quarters.

Lyndsey Veno scored 12 points and pulled down 15 rebounds for the Bobcats for her fifth consecutive double-double.

“That’s the nice thing about this team, is we have multiple players who can score,” said Noll, whose Bobcats have won eight in a row following a 6-4 start. “Kayla (Brooks) can score it, but she saw that we could attack their weaknesses better by passing the ball.”

Kate Howe, who is five points from becoming C-R’s all-time leading scorer, had 20 points for the Rebels. Hinsdale’s eight-game winning streak will be tested on Tuesday when it travels to league-leader Fillmore.

Carlee Miller and Emma Cole each added eight points for the Eagles.

ALLEGANY — Natalie Vazquez scored all of her 12 points in the second half to lead Fredonia (10-6).

A-L (3-13) had led by six points at halftime before Fredonia stormed back to retake the lead in the third quarter. Kelly Gullo scored a game-high 14 points for Fredonia, while Anna Buchanan added eight points.

A-L was paced by Tierney Hemphill, who scored 10 points and pulled down seven rebounds.

Clinging to a 7-4 lead after the first quarter, the Green Wave (3-19) used a 13-4 second quarter to take control. Noella Policastro had a team-best 10 points while Keely Policastro grabbed 14 rebounds for Walsh (2-14).

JoJo Gibbons added 12 points and nine rebounds for the Huskies (3-14), who have won two of their last three after Tuesday’s victory over Maple Grove. Olean scored 22 fourth-quarter points to pull away after tallying just 25 (while trailing 30-25) through the first three quarters.

“My girls have never given up,” said OHS coach Chelsea Bowker, whose team handed Wellsville just its fifth loss of the year.

“They just want to win, they’re hungry for a wun. We played three games in consecutive days, which wasn’t easy. I’m really proud of them. We’re a young team, we have a lot to learn, but they just keep giving effort, and that’s all I can ask for.”