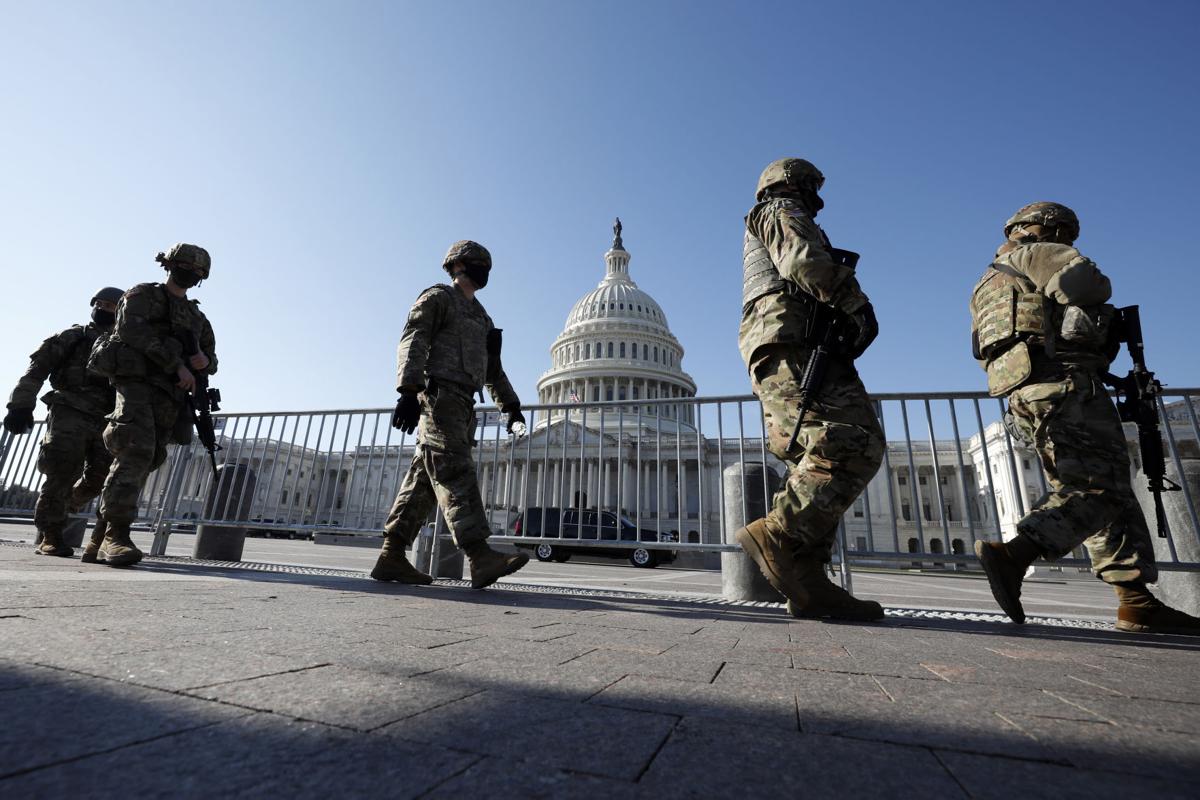 Members of the National Guard arrive on Capitol Hill Wednesday during the impeachment debate and vote in Washington. 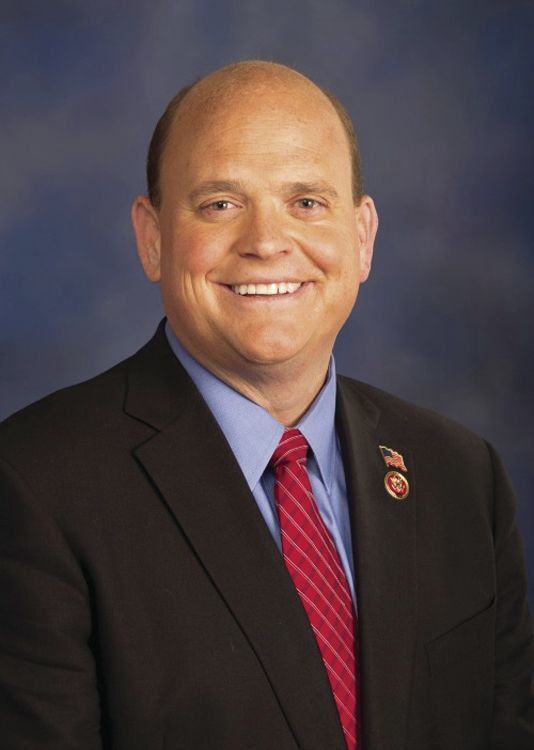 U.S. Rep. Tom Reed spoke to reporters Wednesday shortly before casting his vote on the House floor against the Democrat-sponsored resolution for the impeachment of President Donald Trump.

Trump was impeached on a 223-205 vote in which 10 Republicans, including Liz Cheney of Wyoming, the GOP Conference leader, joined Democrats in calling for the president’s impeachment.

Senate Majority Leader Mitch McConnell, however, said the Senate would not take up the impeachment before Trump leaves office.

Reed and some Republicans felt Congress should censure the president and establish a commission to study the occupation of the Capitol by riotous mobs of Trump supporters on Jan. 6, rather than impeach him a week before he is to leave office.

News reports indicate members of the mob were looking for specific lawmakers and Vice President Mike Pence in their anger over the failure to overturn the presidential election won by Democrat Joe Biden.

Reed said the Problem Solvers Caucus, of which Reed is a co-chairman, debated on and off for the past week how to respond to the the Capitol violence that left five people dead, including two Capitol Hill police officers.

With the Democrat Caucus’ decision to proceed with Articles of Impeachment against the president for a second time, it was impossible for the Problem Solvers Caucus to reach a consensus, Reed said.

Reed signed on to another bipartisan appeal to the president in a bicameral letter signed by Rep. Josh Gottheimer, the other Problem Solvers Caucus co-chairman, of New Jersey; and Send. Susan Collins of Maine, Lisa Murkowski of Alaska and William Cassidy of Maryland.

“In the days following the first breach of the United States Capitol since 1814, federal agencies have raised serious concerns regarding the potential for another coordinated mobilization and possible terrorist attack on, or before, the Presidential Inauguration on January 20th.

“Radical groups have posted videos, statements, and graphics calling for people to return to the Capitol to, once again, forcefully contest the presidential election results and disrupt our democratic process. We are deeply concerned that this dangerous propaganda, left unchecked, will lead to mass violence and put lives at risk. “Further violent assaults on the Capitol or other democratic institutions will also undermine the peaceful transition of power that makes our great nation a beacon of democracy for the world. In times of crisis and unrest, the nation relies on its elected leaders to do everything in their power to keep the American people safe and restore the peace.

As bipartisan Members of the Senate and House, we ask that you please address the nation and unequivocally denounce domestic terrorism, condemn harmful propaganda, urge anyone considering mobilizing to stay home, and affirmatively state that you are no way supportive of violent messages of any kind. We must, as one nation, stand up against extremism in all its forms. “During these perilous times, we further call upon you to clearly reaffirm your commitment to a peaceful transfer of power to President-elect Biden on January 20th. These actions will directly help to prevent an escalation in violence and ensure the country can begin to heal.”

Maxine Waters: Jim Jordan is a bully and I shut him down

New York to push back curfew for dining at restaurants

Reed said Trump’s response to that letter was a brief statement the White House released during the House debate. The president’s statement read:

“There must be no violence, no lawbreaking and no vandalism of any kind,” the president said in a letter that was read by Republicans from the House floor. “That is not what I stand for, and it is not what America stands for. I call on all Americans to help ease tensions and calm tempers.”

Reed said that statement from the president was what the bicameral lawmakers were looking for. “The transfer of power is going to happen,” he said. “My top goal is to have that transfer of power occur in a peaceful manner.”

The president, he said, is committed to a peaceful transition of power on Jan. 20. Trump has said he will not attend the Inauguration, but the vice president plans to attend.

The Corning Republican said he has also reached out to the Biden transition team to encourage the president-elect to back a censure resolution of the president and the creation of a commission to study the storming of the Capitol by Trump supporters following a rally outside the White House.

Reed said he’s optimistic that with the COVID-19 vaccine, the economy will begin to turn around by this summer.

“This is his (Biden’s) opportunity,” Reed said. “This is his moment.” If he is “committed to uniting the country and having the country seek that optimistic, inspiring future that I think is potentially there, the Problem Solvers Caucus, myself and other members are ready to be a tool to achieve that.”

Reed said, “These are historic and dynamic times.” His hope is “that we will have this turmoil behind us by Jan. 20.”

U.S. Rep. Glenn Thompson, the Centre County, Pa., Republican whose district includes McKean, Cameron and Elk counties, said the Capitol violence last week “was a gruesome and senseless display,” and he was hopeful Trump would address the nation to encourage a peaceful transition for the swearing-in of Biden.

But he voted against impeachment — a week after voting against certifying Pennsylvania’s electoral votes from the 2020 election.

“Emotions are running high and this has led to an impromptu article of impeachment, something the framers of our Constitution intended to be a deliberate process,” Thompson said in a statement.