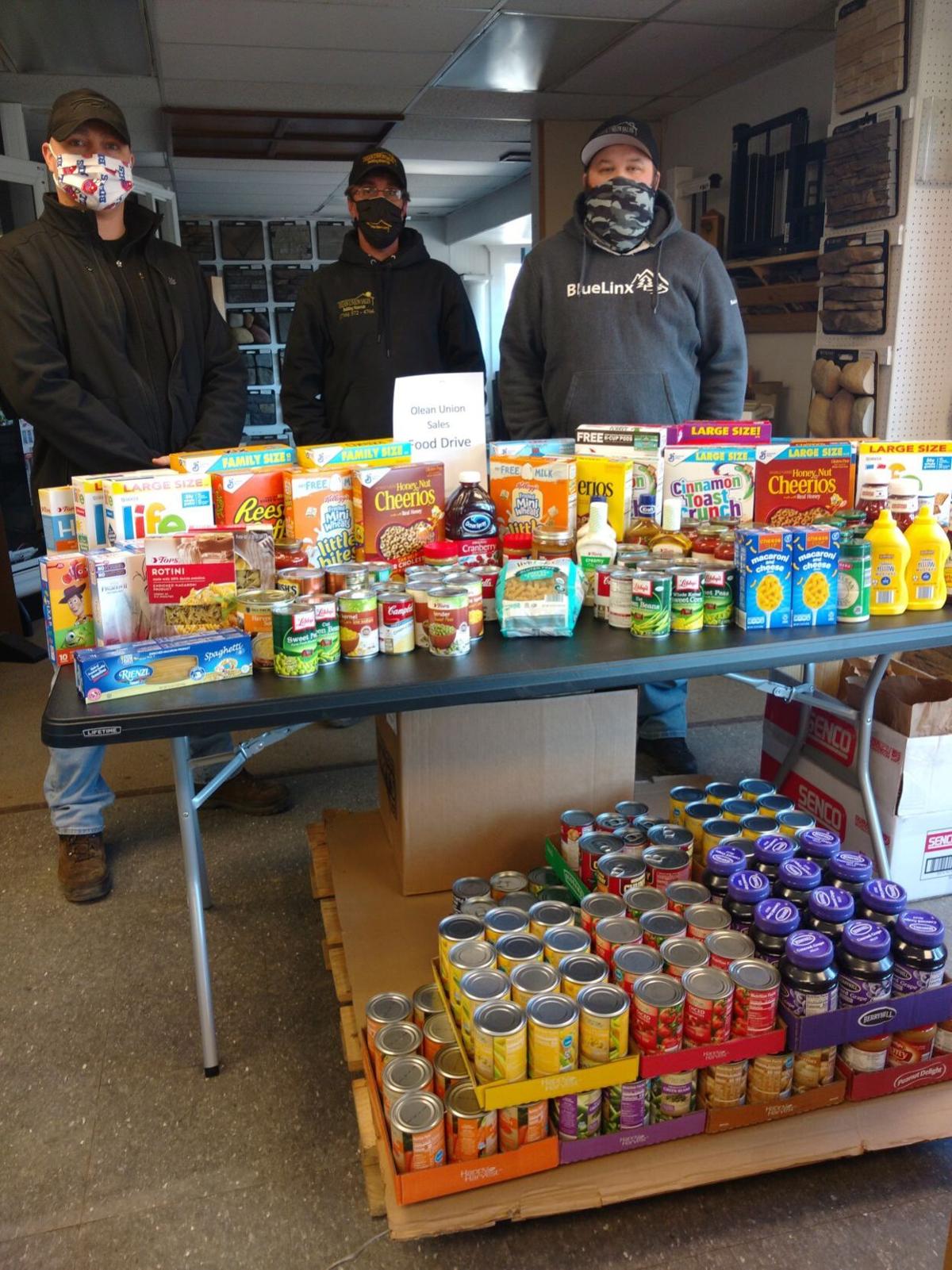 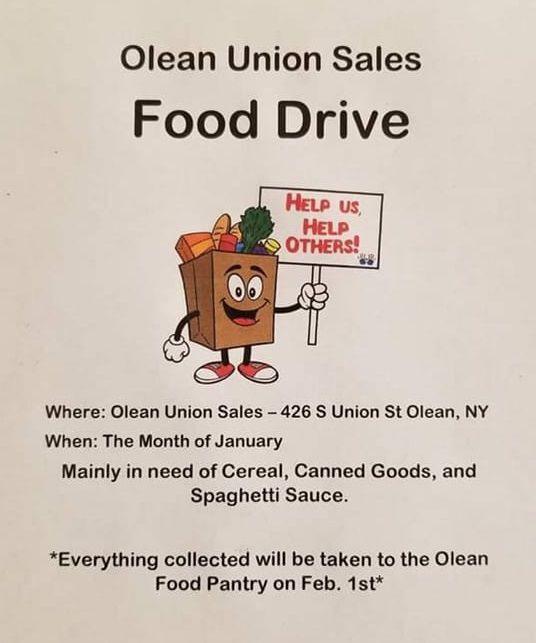 OLEAN — For some, holiday spirit goes out the door with the dried, needle-shedding Christmas tree, but not at Olean Union Sales.

This year, owner Steve Blaske decided he wanted to do something to continue to give back to the community into the new year.

“This is the first year we’re doing this,” Blaske said. “Basically, at the end of the year, I thought we should do something because of the need out there in the community.”

Blaske asked his employees to come up with ideas. Josh Klafehn and Kyle Balcerzak, inside salesmen, Fran Tripodi, outside salesman and Harry Rabb, driver, got together and suggested the Olean Food Pantry.

So, throughout the month of January, Olean Union Sales is collecting non-perishable food items — dry cereal, instant oatmeal, canned goods that include such items as fruits, vegetables and tuna, and spaghetti sauce.

Food items may be dropped off at Olean Union Sales, located at 426 S. Union St., between 8 a.m. and 5 p.m. Monday through Friday, and 8 a.m. to 1 p.m. Saturdays, throughout the month of January. Visit facebook.com/usolean for details and updates on the food drive.

For those people uncomfortable with shopping or delivery, or don’t have the time, there are apps that can help. While the Walmart app is available for shopping only at their store, the Instacart app can be used for curbside pickup and delivery locally from Aldis, BJ’s Wholesale Club and Tops.

The pantry found itself in desperate need in 2020 as paychecks disappeared and people who never thought they were in danger of going hungry were, and hunger in the community is easy to forget outside of harvest and holiday time. An increasing number of our neighbors with precarious employment and health situations in 2021 ensures that the need will continue to more and more families.

Blaske and his staff are happy with the way things with the food drive are going, but hope it really takes off before the end of the campaign on Jan. 31. He pointed out that they have a forklift, pallets and trucks with which to move the donated grocery items, which will be delivered to the food pantry on Feb. 1.

The employees at Olean Union Sales would be open to doing another event to help out the community this year.

“We might end up doing another one halfway through the season,” Blaske said. He’s thinking of perhaps collecting springtime plants for community gardens in the area. If you’re starting to think about what will be in your garden this year — think of planting one or two for your neighbor — and starting a drive of your own.