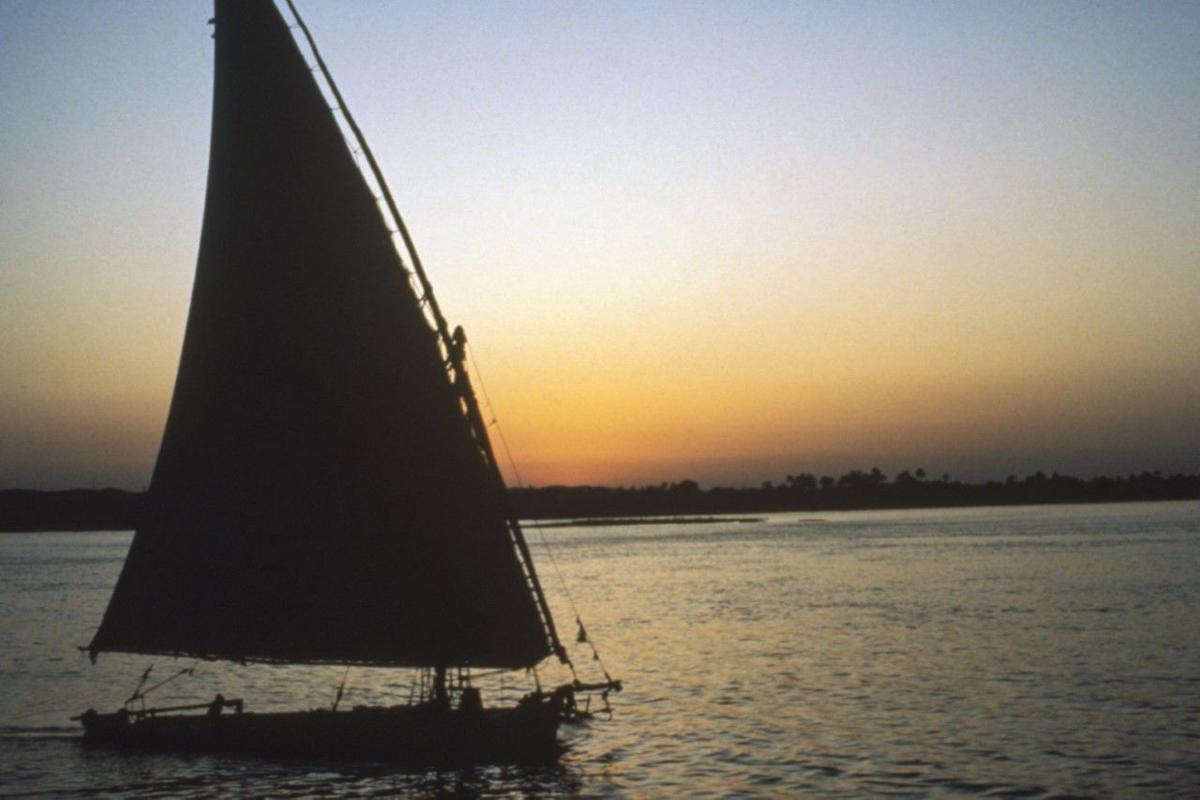 A felucca ghosts in light breeze at dusk on the Nile. 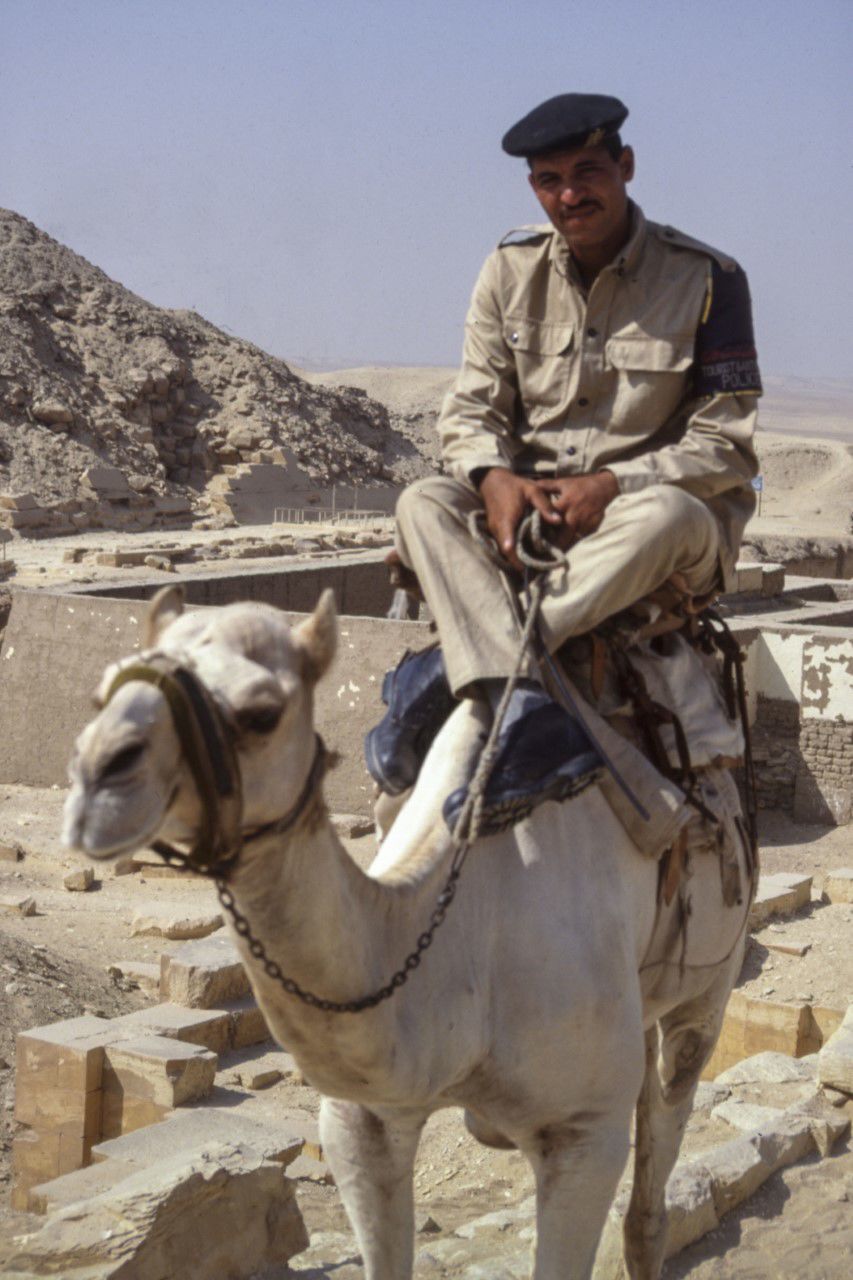 A desert policeman taking his ease. He had to be tipped to pose. 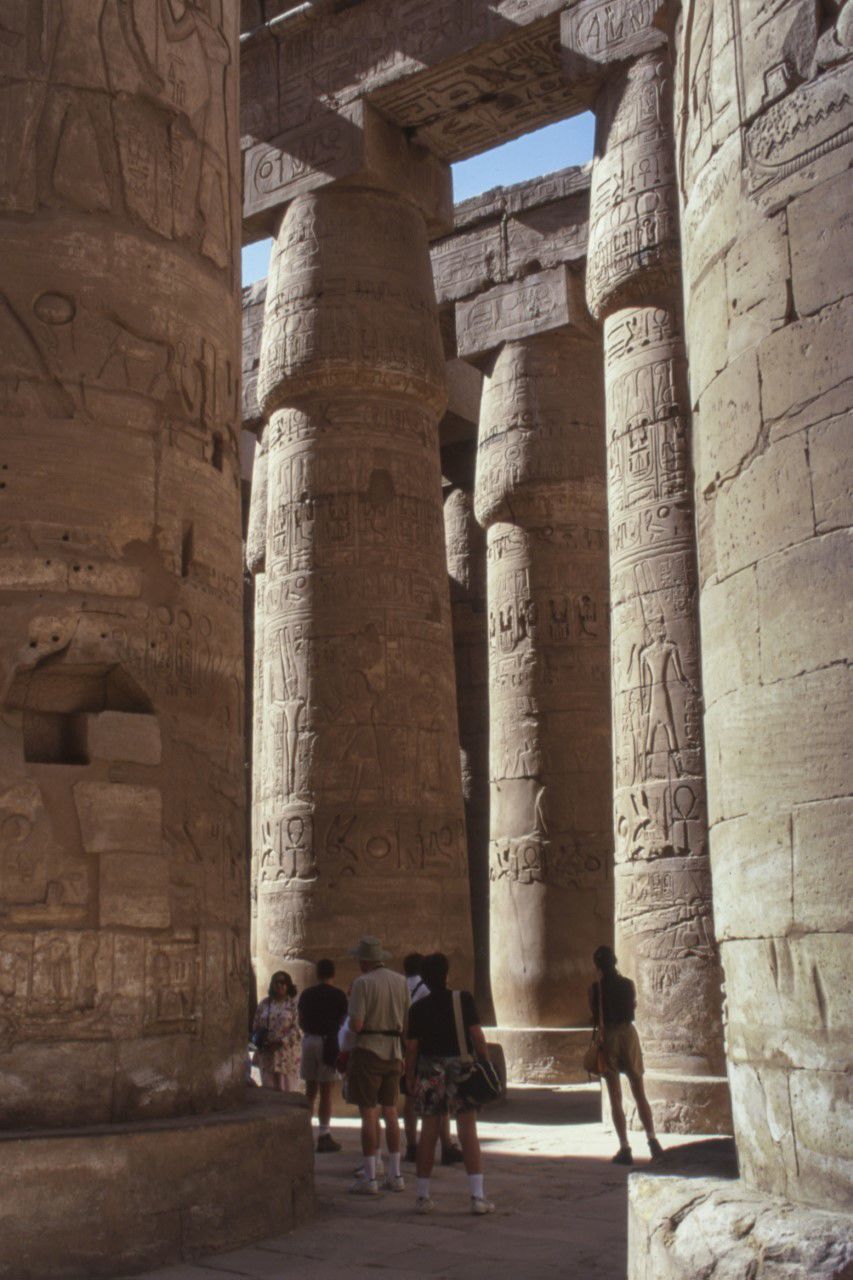 The massive pillars of the 4,000-year-old temple of Karnak dwarf a party of visitors.

A felucca ghosts in light breeze at dusk on the Nile.

A desert policeman taking his ease. He had to be tipped to pose.

The massive pillars of the 4,000-year-old temple of Karnak dwarf a party of visitors.

I first traveled to Egypt on newspaper assignments in 1994. Four years later, I returned for a closer look at this endlessly fascinating country, but also to collect information on tourist safety in the wake of two horrendous terrorist attacks that left scores of visitors dead and brought travel to Cairo and the Nile virtually to a halt.

As a journalist I wanted particularly to assess whether safety gaps so evident on my initial visit had been narrowed or closed.

Accompanied by my wife, Caroline, a professional travel photographer, what I found was a security buildup that was massive and well-equipped. It was also deliberately — and reassuringly — visible.

At the Egyptian Museum in Cairo, for example, scene of a deadly strike against tourists in 1997, police armed with automatic rifles ringed the perimeter. Visitors passed through airport-style metal detectors; handbags were searched.

At popular hotels metal detectors barred access to the lobbies. On the tour buses and Nile cruise vessel we accompanied, security guards rode with the passengers. At 4,000-year-old archaeological sites we visited, patrols of heavily armed police were plainly in view.

Still, there were obvious weak points. At the Cairo Marriott, people who looked unmistakably American or European had no trouble walking unchallenged around the screening gates. And at the pyramid of Saqqara, oldest of the Nile’s funerary monuments, police mounted picturesquely on camels permitted my wife to take close-up photos — then held out a hand for baksheesh, a customary tip.

Lapses aside, the broad deployment of security forces could only be seen as a powerful deterrent to future outrages, for the country’s unique cultural heritage and traditionally tolerant Islamic society have enormous touristic appeal. And central to this appeal are the life and antiquities of the Nile: the 700-mile desert-flanked waterway that has served as the nation’s crop-nourishing lifeblood since the beginning of recorded history.

There is nothing ordinary about travel to Egypt. It is a magical experience. Luxor, 45 minutes south of Cairo by air, was our jumping off point for a Nile tour. Here we boarded a shallow-draft hotel barge that would be our base for five-days of shore excursions to the river’s present and marvels of its past.

At our first stop, two massive temples commanded bluffs above the riverbank. The sprawling piles of Karnak and Luxor evoked a time when the modern town of Luxor — then the capital known as Thebes — lay at the core of Egypt’s power and grandeur. At Thebes, pharaohs from Tuthmosis to the Ptolemys sought links to their gods and through them to immortality.

The ruins were overpowering. In morning sun we rambled through roofless labyrinths of passageways, esplanades and fabulous pillared halls. In the temples themselves and in rock-cut burial chambers across the Nile — a desert city of the pharaonic dead — animal-headed deities peered down at us from the walls; hieroglyphs stood out in bold relief.

Early next day, second on the river, we cast off from Luxor and cruised south against the current. The Nile had a dreamlike quality. The land along the banks was green and windblown. Women in gorgeous robes—purple, crimson, saffron — walked the banks; boys poled skiffs in the shallows; stands of biblical papyrus nodded their tufted heads. I could see men clad in loose-fitting galabiyas, or caftans, tending cattle and corn, and beyond their fields stretched the desert: a blazing wasteland of Saharan sand.

In the next two days we touched at three more of the ancienttemples — Esna, Edfu and Kom Ombo — then churned on upriver to Aswan. There, on the fifth and final day of our tour, we disembarked for an Air Egypt flight 150 miles south into the Nubian Desert close to the border with Sudan.

We landed at the farthest limit of Upper Egypt, the place where a warrior king named Ramesses II carved his funerary temple out of a sandstone escarpment some 3,300 years ago. Abu Simbel is the most extraordinary spectacle on the Nile.

Three colossal statues of Ramesses tower above the temple entrance. Pharaoh is seated, hands on knees. Craning my neck far back for a view of his head, I probed the stone for a vision of civilizations past. The past, I thought, must be made to give up its secrets. But the colossi of Abu Simbel only deepened the mystery.

Ramesses stares blankly over his dominion of rock and sand. He has a wide heavy face. His lips are thick; his nose is fleshy. It is the face of a voluptuary. Nothing else can be known about him. His world is impenetrable.

Batwoman's Javicia Leslie: I 'didn't know' how to be a superhero

And so we look. We touch. We wonder. But ultimately all we are able to do is to “walk among the columns,” as the French author and traveler Flaubert wrote more than a century ago.

“With our palmwood sticks and our daydreams,” he said, “we stir up this old dust.”

There is an epilogue. For Caroline, our journey was a homecoming of sorts. Born in Cairo in 1939 to a family of British colonials, she was evacuated from Egypt early in the North African desert war — 1941 — as German forces threatened the capital.

Her father had commanded an elite regiment of cavalry, recently mechanized; he was killed in action shortly after toddler Caroline and her brothers, Charles, 13, and David, 11, accompanied by a pair of elderly nannies, sailed from Suez. Missing from the voyage were the children’s mother, Constance, who remained in Cairo as a naval cypher clerk, and Caroline’s sister, Mary.

The hotel where Caroline and I stayed during our visit was only steps from the block of flats on an island in the Nile where she had lived as an infant. The flat on the river had a view of the city spreading far into the desert from the opposite bank. The flat’s back terrace had been set aside for Mary — a winsome but sickly child — as an open-air sleeping porch.

By a curious train of circumstances, Caroline and I were able to tour the premises and linger for a few minutes in Mary’s old bed-place. The child’s aerie overlooked the island’s sporting club, once reserved for the exclusive use of British Army families of the officer caste. Here, Caroline’s mother, a practiced horsewoman, had cantered or galloped most mornings on its oval racecourse.

Mary had suffered from what was thought to be an abnormality of the heart. As her brothers would later tell it, one morning at the turn of the 1941 New Year, they heard their sister cry out from her bed. They went to her side. She told them she was unwell. Charles ran down to the racecourse to summon his mother back to the flat.

On Jan. 29, 1941, four days after her 9th birthday, Mary Alexandra Byass died in a Cairo hospital. She was buried in the British and Commonwealth military cemetery on Abu Safein Road, at the southern end of the city.

I hired a car and an English-speaking driver and my wife and I drove out to what in effect was a silent, verdant, tree-shaded park. Caroline had desperately wanted to see and photograph her sister’s burial site. But the gate was locked and an attendant refused to open it. Baksheesh would not move him.

I carried with me a dossier on the occupant of plot N2, grave 65. In the singular jargon of a soldier’s interment the cemetery’s overseer, the Commonwealth War Graves Commission, had identified Mary by rank (civilian) and regiment (service dependant).

It listed her as a casualty of war.

Caroline in later life would have no recollection of her sister. Not so her brothers. The pain of Mary’s death would remain with them into old age.

David would always say, “She was my special pal.”

(Caroline Littell, whose photographs appear on this page, died in 2015 in Pasadena, California. She was an internationally published travel photographer whose work is represented in the permanent collection of the Eastman Museum, Rochester. Over the years dozens of her photographs illustrated articles on travel in the Times Herald. She lived in Alfred.)