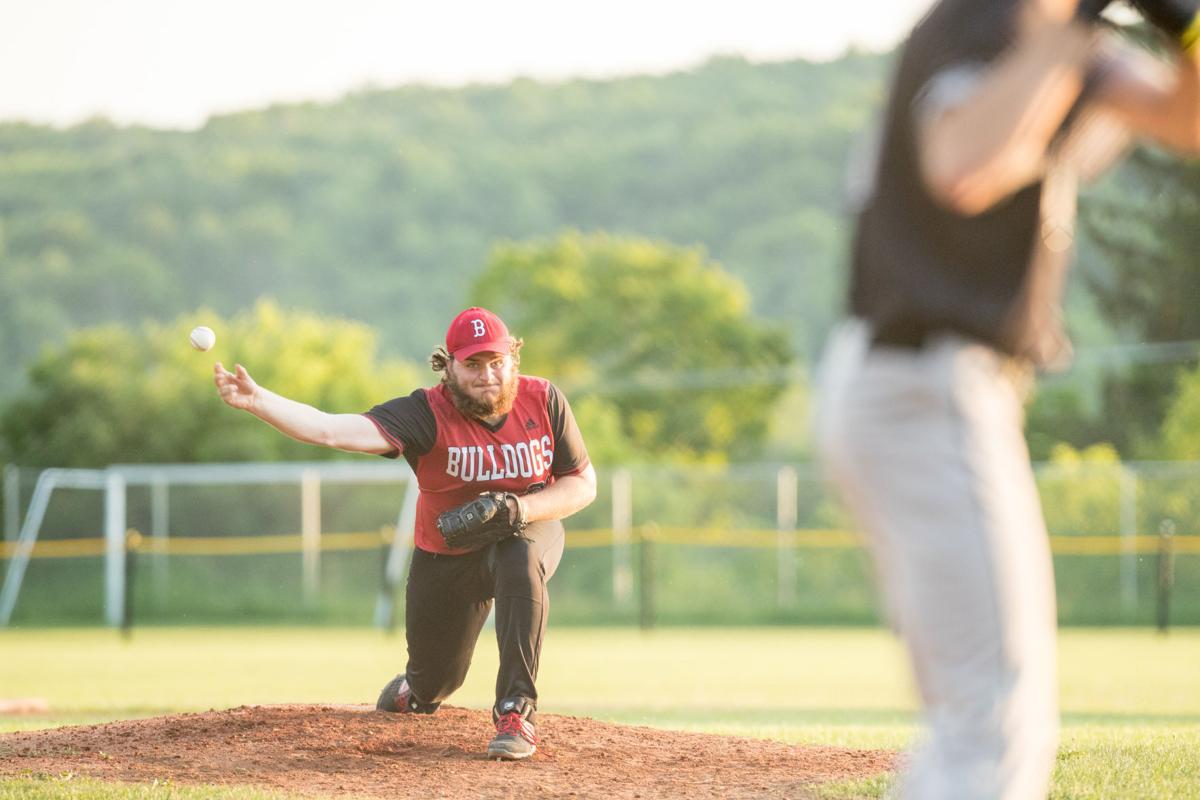 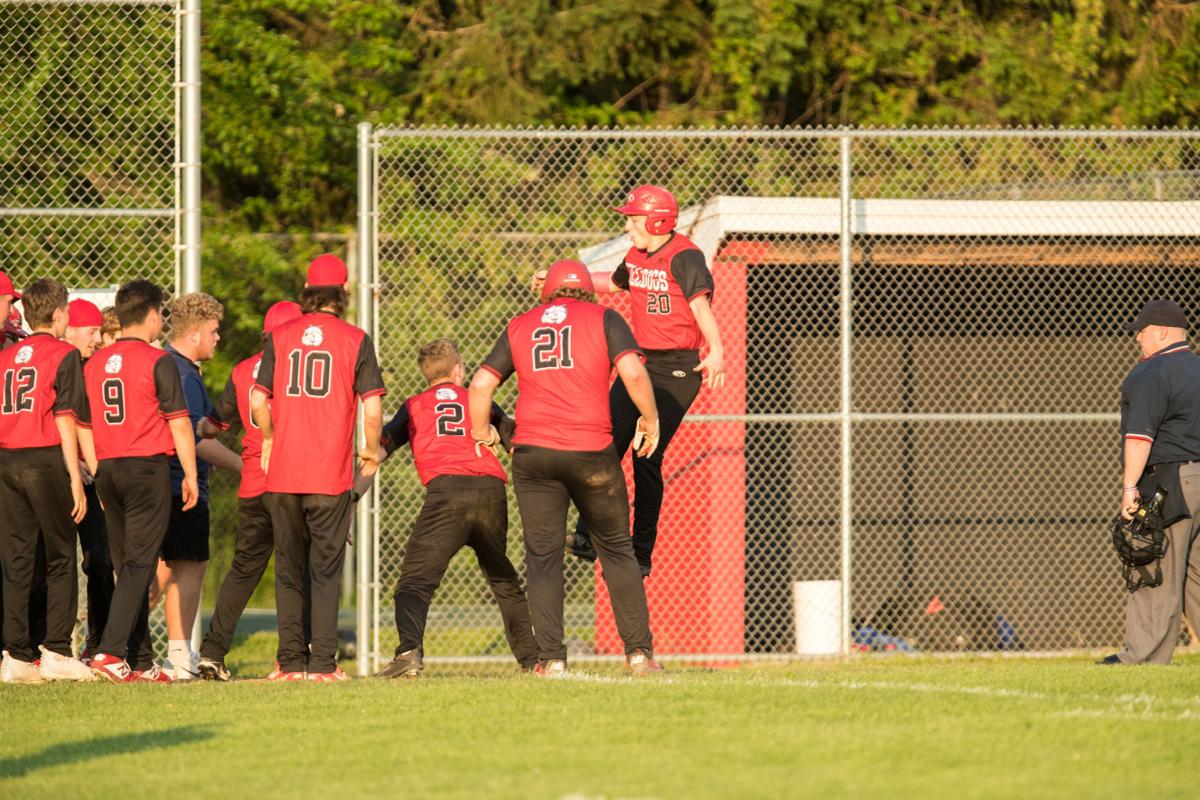 Belfast’s Matt Weaver (20) is surrounded by teammates as he leaps in the air to celebrate a 3-run home run in a Section 5 Class D2 quarterfinal game against Jasper-Troupsburg on Wednesday in Belfast.

Belfast’s Matt Weaver (20) is surrounded by teammates as he leaps in the air to celebrate a 3-run home run in a Section 5 Class D2 quarterfinal game against Jasper-Troupsburg on Wednesday in Belfast.

BOLIVAR — Fourth-seeded Bolivar-Richburg advanced in the Section 5 Class C2 baseball playoffs, as Landon Danaher went 4-for-4 with two doubles and scored twice in an 8-1 win over Letchworth on Wednesday.

B-R had 11 hits in the C2 quarterfinal and got solid pitching from Danaher and Trey Buchholz, who combined to strike out two and walk four and scatter seven hits.

Buchholz doubled and drove in two runs, Brayden Ellis had a hit and two RBI and Caden Allen and Wayne Karnuth both had two hits for B-R (13-4).

B-R has another home game set for Friday in the semifinals, playing No. 8 Campbell-Savona, which upset No. 1 Oakfield-Alabama Wednesday.

“All around excellent game,” B-R coach Dustin Allen said. “We put everything together tonight. There was a lot of energy coming from the dugout, fielding-wise we made some huge plays, our two pitchers did a nice job and bats were making good solid contact tonight. Hopefully we can keep that rolling into the game on Friday.”

Thomas Santana went 3-for-3 with two RBI and a run for No. 7 Mynderse (6-10). Jared King struck out 12 batters and walked five over the game’s first six innings but could finish the seventh.

PENFIELD — Fillmore pitcher Connor Potter struck out 11 and walked one batter to pace No. 5 Fillmore (11-4) to a road win.

Graham Cahill had two hits and two RBI for the Eagles.

PRATTSBURGH — No. 8 Hinsdale concluded its season at 2-12 with a loss to top-seeded Avoca/Prattsburgh (14-1).

Hunter Devoe was 2-for-3 with a triple for A/P. Macoy Putnam held Hinsdale to one hit over five innings, striking out nine and walking two.

SCIO — Cam Loucks threw a one-hitter, holding Elba to one run over a complete game pitching effort to lead No. 3 Scio/Friendship (9-3).

Loucks struck out five and walked three. He also had a single, scored a run and drove in one. Catcher Cory Bolzan had a double, run and RBI. Scio/Friendship led 1-0 after the second inning before allowing the tying run in the top of the sixth. S/F responded immediately, pulling ahead for good with two runs in the bottom of the sixth.

Elba’s Andrew Hare struck out 14 batters and walked three, allowing three hits over six innings. Connor Scott had a single and RBI for No. 6 Elba (4-8).

BELFAST — Stephen Struckmann went 3-for-3 with a double and a three-run home run and pitched No. 4 Belfast (9-5) to victory in a complete game effort.

Struckmann had four total RBI and was intentionally walked twice. He struck out nine and walked one, allowing nine hits over seven innings.