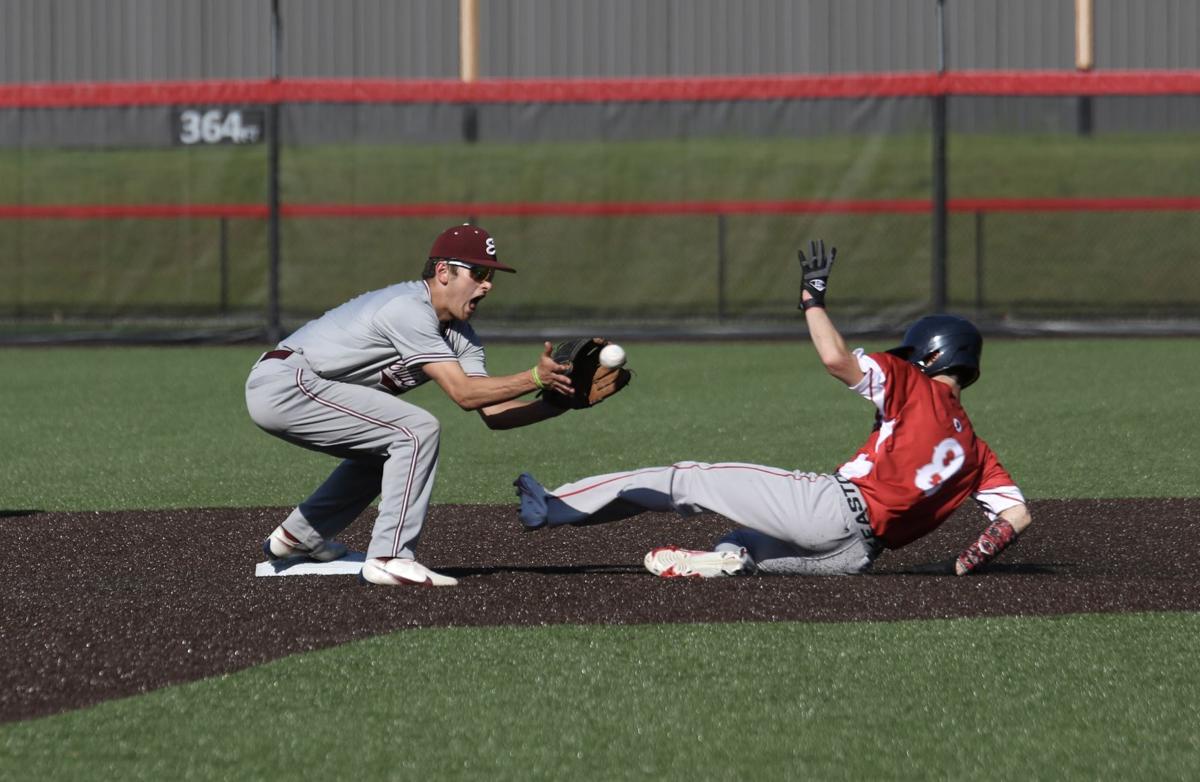 Salamanca’s Lucas McKenna (8) slides in safely just under the tag from Ellicottville’s Clayton Rowland during Thursday’s CCAA I East league game in Salamanca. 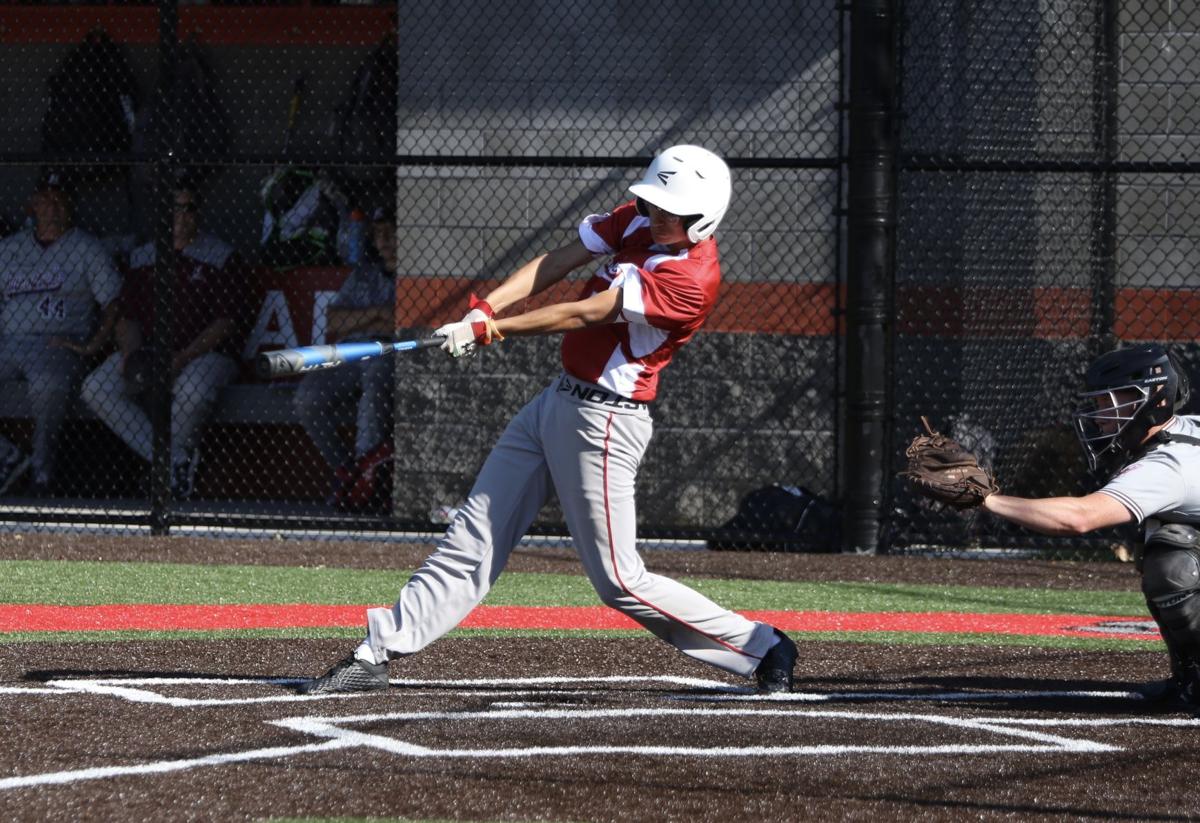 Salamanca’s Harley Hoag knocks the ball into right field in a CCAA I east league game against Ellicottville on Thursday in Salamanca. Hoag had five RBI in the win for the Warriors.

Salamanca’s Lucas McKenna (8) slides in safely just under the tag from Ellicottville’s Clayton Rowland during Thursday’s CCAA I East league game in Salamanca.

Salamanca’s Harley Hoag knocks the ball into right field in a CCAA I east league game against Ellicottville on Thursday in Salamanca. Hoag had five RBI in the win for the Warriors.

SALAMANCA — In two previous meetings, the Salamanca baseball team edged Ellicottville in its season-opening tournament and was handled by the Eagles in league play, 16-6.

In Game 3, the Warriors gave Ellicottville a taste of that same medicine. And they claimed the rubber match in the process.

Lucas McKenna went 4-for-4, posted two doubles and drove in six runs as Salamanca topped the Eagles in convincing fashion, 19-1 over just five innings, in a CCAA I East rematch on Thursday.

Harley Hoag finished 3-for-3 with a double, triple, five RBI and three runs scored and Hayden Hoag added a pair of hits, two runs and two RBI for the Warriors, who held a 3-1 first-inning lead before exploding for 16 runs over the next four frames.

Zaron Tucker struck out three (3 walks) and allowed just the early run en route to a complete-game two-hitter. Jaxson Ross drove in two runs and scored twice for the Warriors, who have won four in a row.

Wyatt Chudy doubled and drove in the lone run while Clayton Rowland had the other hit for Ellicottville (4-5), which was hampered by 12 walks.

“They were better in all phases,” ECS coach Chris Mendell said of Salamanca. “They played better defense, they certainly hit better. Harley and McKenna had huge nights — it seemed like any time they were up, the bases were loaded and they came through.

“Zaron kept us off balance and threw well for them. It was one of those nights where we couldn’t get anything going and they were clicking on all cylinders.”

JAMESTOWN — Olean won its fourth in a row and avenged a season-opening, 9-8 loss to Southwestern with Thursday’s triumph.

The Huskies widened their lead for second place in the league standings and pulled to within a game (in the loss column) of Dunkirk, with whom it split, for the top spot.

No other information was provided to the Times Herald.

PORTVILLE — Maxx Yehl went 3-for-4 with a three-run home run and Portville exploded for 12 first-inning runs while moving to 9-0 on the year.

Nick Savidge had a double while Kodi Colton and Colin Wentz each singled for Cattaraugus-Little Valley (0-10).

Birds and bugs — and the balance of nature

ARCADE — Bryce Hediger and Blaine Morgan both tossed complete-game gems on their Senior Night to lead Pioneer (6-8) to a double-header sweep.

Hediger fanned 10 (one walk) and scattered just four hits and Pioneer’s three first-inning runs held up in Game 1. Jack Buncy (double) had two hits and drove in one run while Hediger accounted for the other two with a two-run double.

In the nightcap, Morgan struck out four and allowed just one hit and also finished with a double, two RBI and a run scored. Senior Dylan Romance added a two-run double as part of a five-run second inning.

“It was nice … we celebrated our three seniors, and two of them threw complete-game shutouts and Dylan had a nice day (3 hits between the two games),” Pioneer coach Dave Buncy said. “Our pitching just dominated. The bats got hotter in Game 2, but pitching and defense (1 error in 11 innings) were the story today.”