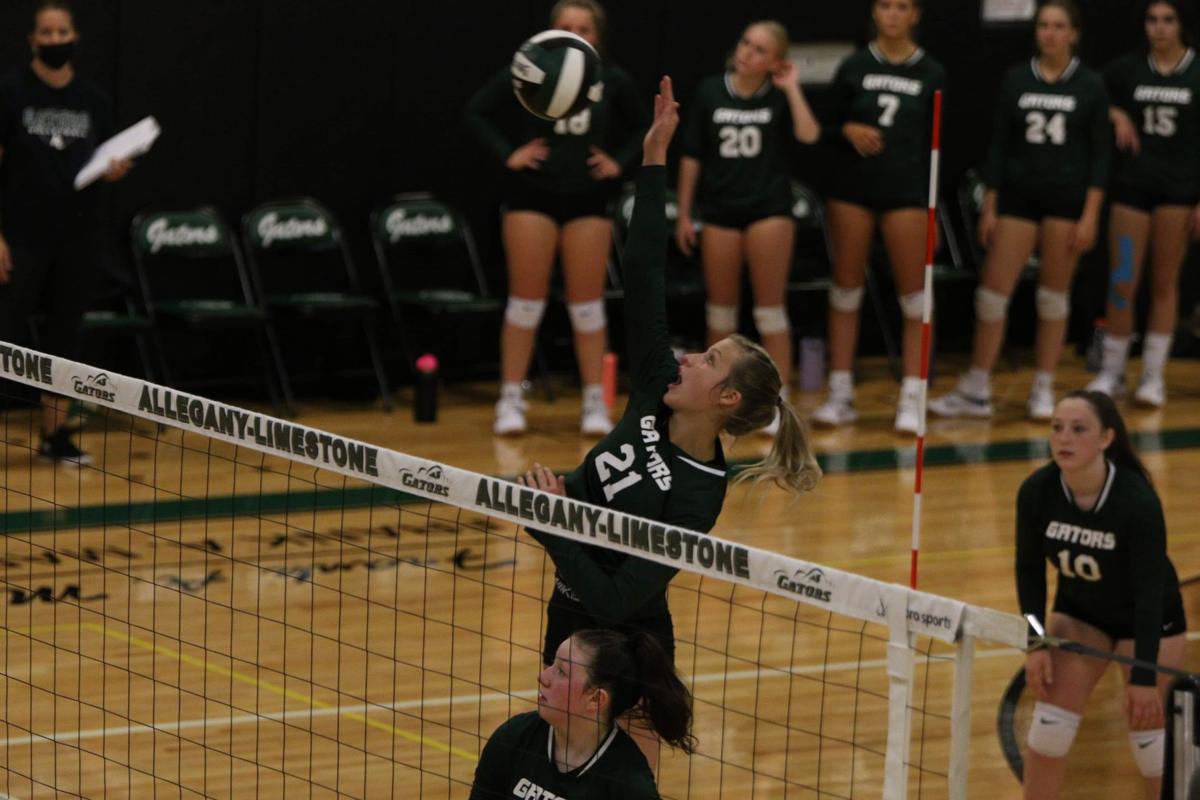 Jenna Louser (21) racked up 14 kills to key Allegany-Limestone to a 3-0 sweep of Cuba-Rushford in a non-league girls volleyball matchup up Monday in Allegany. 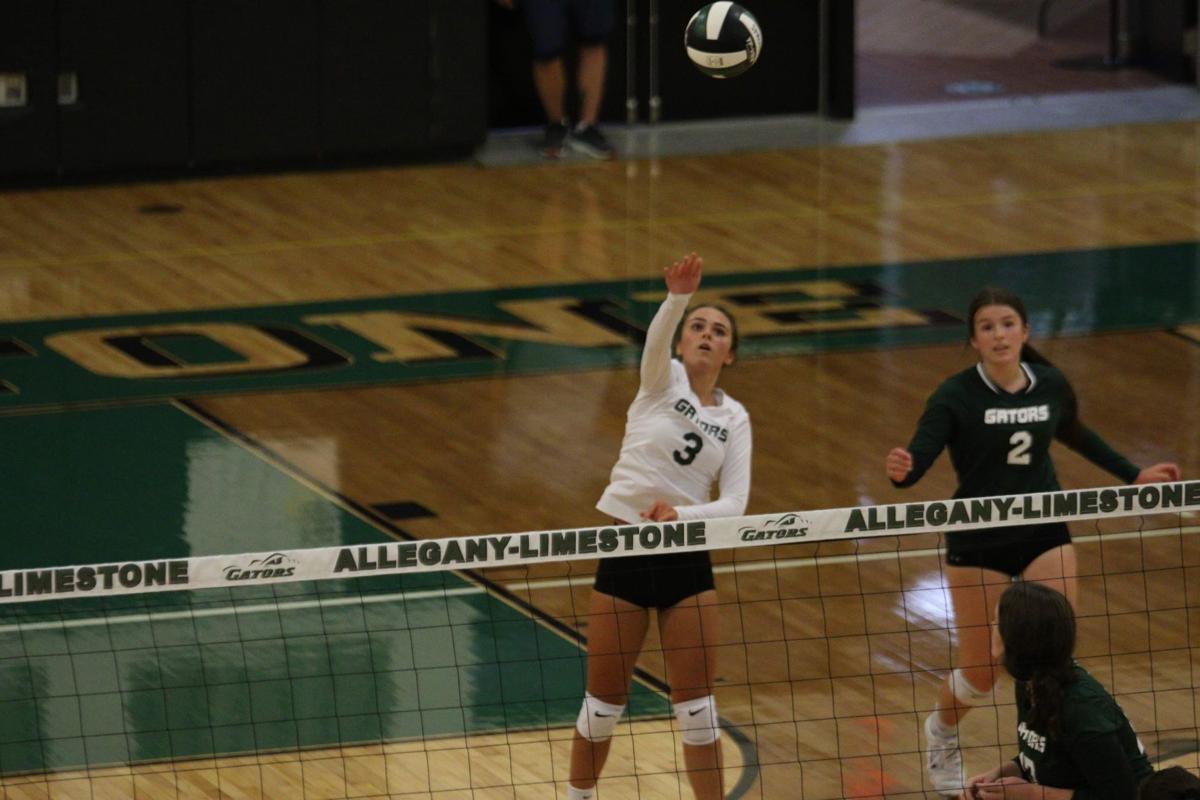 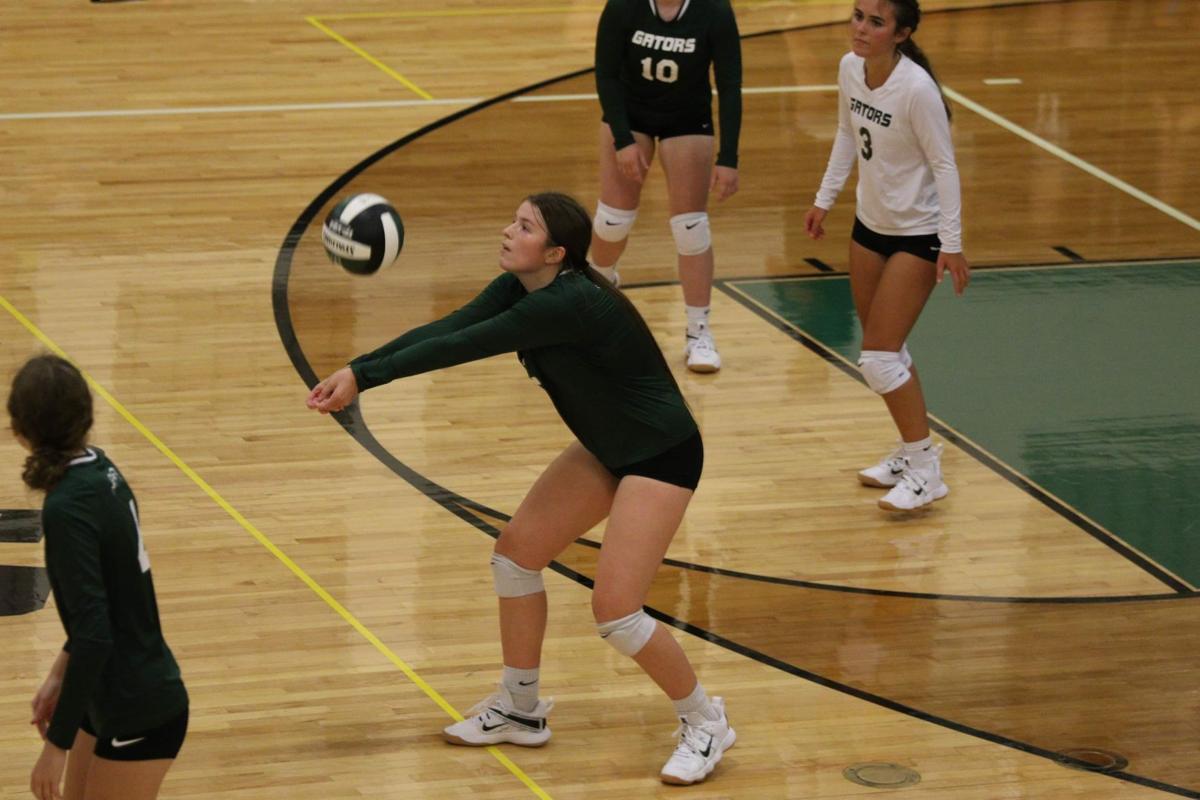 Allegany-Limestone's Maddie Callen bumps the ball during a match against Cuba-Rushford on Monday.

Jenna Louser (21) racked up 14 kills to key Allegany-Limestone to a 3-0 sweep of Cuba-Rushford in a non-league girls volleyball matchup up Monday in Allegany.

Allegany-Limestone's Maddie Callen bumps the ball during a match against Cuba-Rushford on Monday.

ROCHESTER — Back on Oct. 8, the Portville girls volleyball team found itself in wholly unfamiliar territory, on the wrong side of a three-game sweep against St. Mary’s-Lancaster.

Ten days later, the Panthers tested themselves against another Catholic school powerhouse from a big city, taking on Our Lady of Mercy (Rochester) to open their final week of the regular season. And this time, PCS was every bit its opponent’s equal.

Only, unfortunately for coach Kelly Unverdorben’s squad, it suffered the same end result.

Portville had leads of 1-0 and 2-1 and played two sets to extra points, but couldn’t quite close it out in falling to Mercy in what Unverdorben described as “five crazy sets” in a non-league showdown on Monday night. With its backs to the wall, Mercy claimed the final two sets en route to a 28-30, 25-16, 21-25, 26-24, 25-19 victory while handing the Panthers just their second loss of the season.

Tori Unverdorben (5 aces) had a big double-double of 15 kills and 27 digs while Kyle Blessing nearly had a triple-double with 48 assists from the setter spot, 10 digs and nine kills for Portville (12-2). Olivia Cook piled up 22 kills.

“It was amazing volleyball with some awesome rallies back and forth,” Unverdorben noted. “Great volleyball for sure.”

Jill Stebbins contributed eight digs and six aces while Lillian Bentley had six kills and four aces for the Panthers.

Acknowledging the stiff competition that Portville is facing just before the playoffs, Unverdorben added, “They sure are (powerhouses). We play them for good reason. We wouldn’t want it any other way.”

Alaina Quattrone added five digs and five aces for the Gators (11-5), who swept the non-league season series with the Rebels and bounced back from a sweep by Portville in convincing fashion.

HORSEHEADS — Portville went a perfect 6-0 en route to capturing the team title among a host of schools at the Horseheads Tournament on Saturday.

The Panthers went 3-0 in pool play, defeating Tioga, Owego and Corning, before beating Tioga again in the first round of the playoffs, Cicero (Syracuse) in the semifinals and Class AA powerhouse Baldwinsville in the title contests.