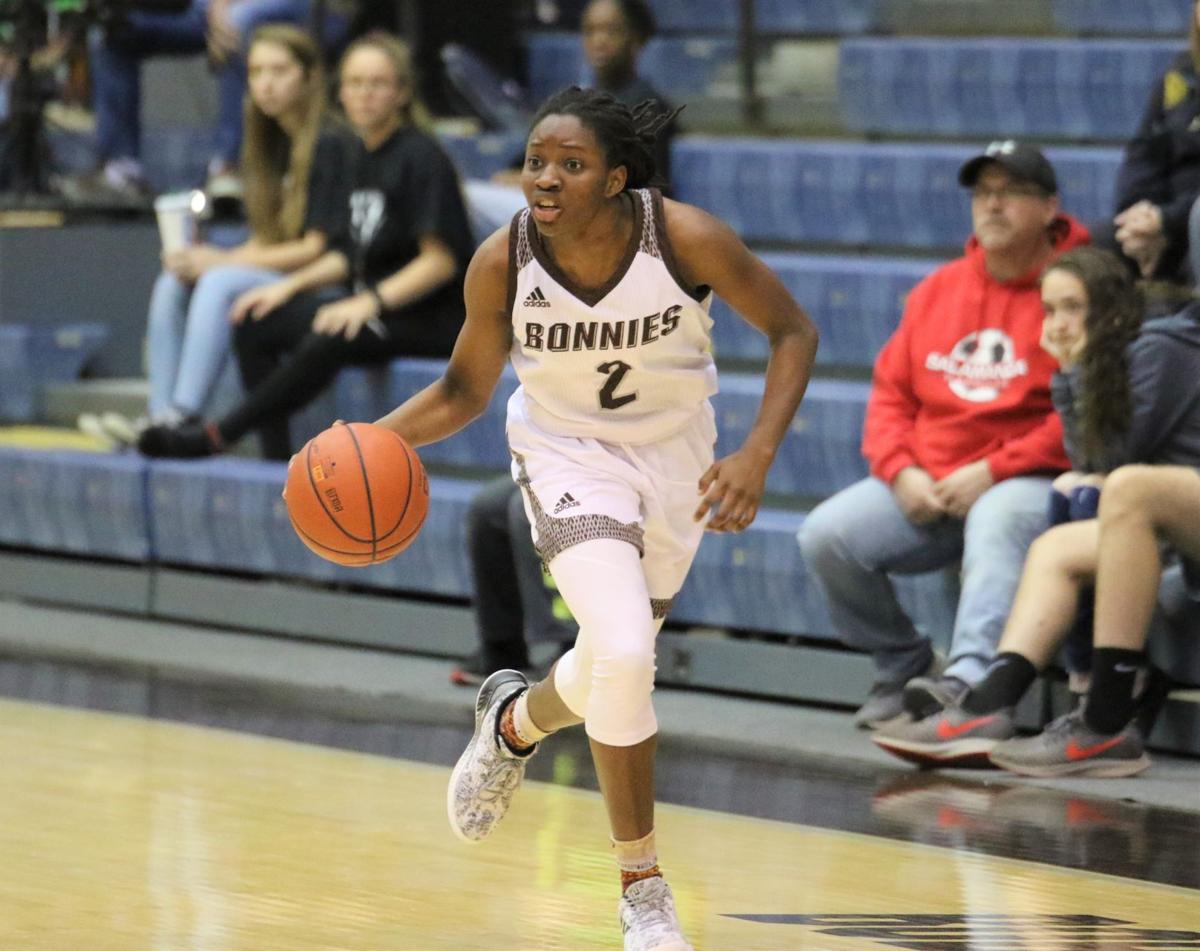 St. Bonaventure’s Asianae Johnson brings the ball up the floor. 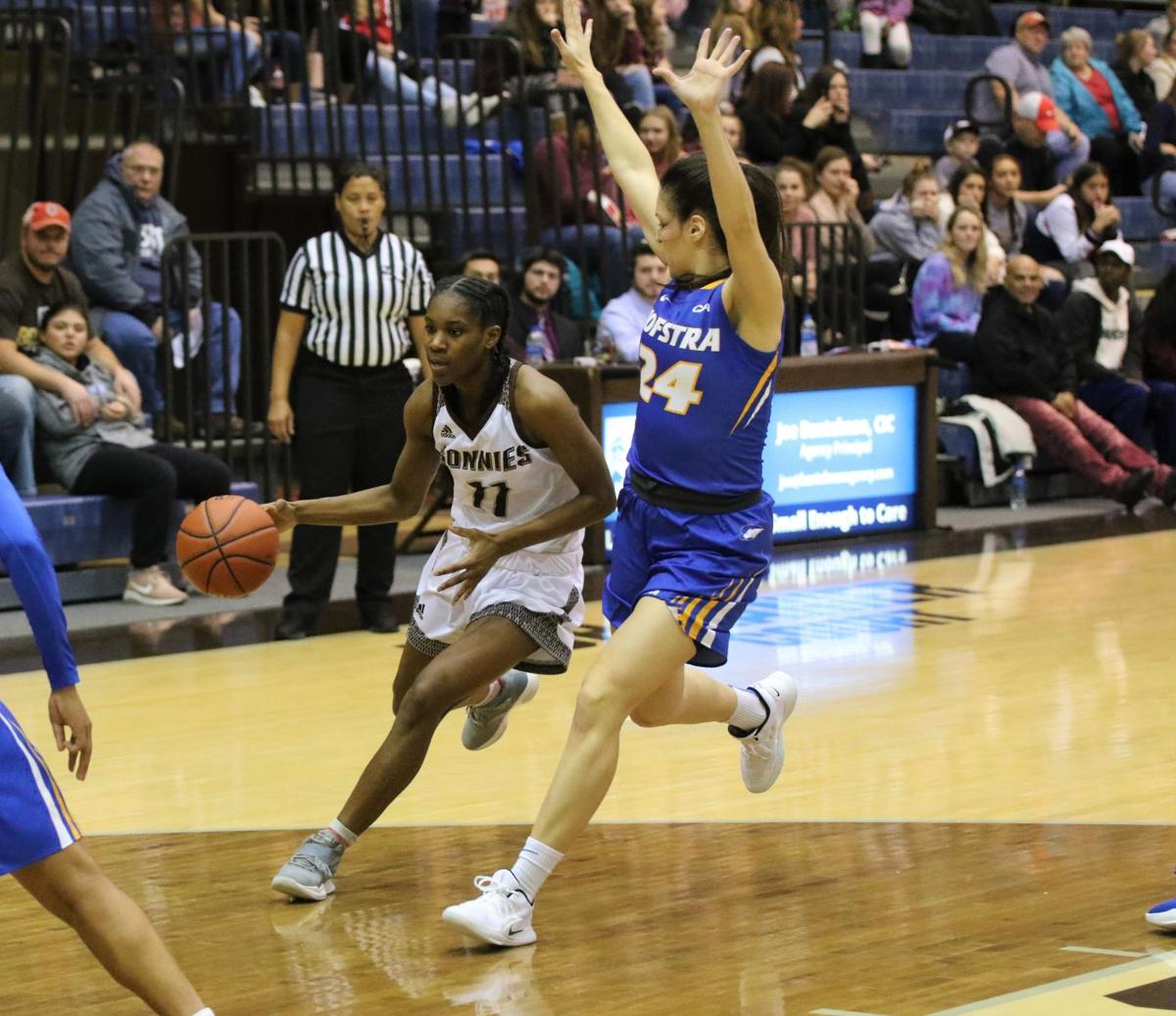 St. Bonaventure’s Asianae Johnson brings the ball up the floor.

But, despite the juxtaposed distance, for numerous young women who are natives of the country’s most populous city, the road to the modest St. Bonaventure campus symbolizes a dream and a chance.

“THAT’S HOW we’ve signed all of our New York City kids over the years,” Bona women’s basketball coach Jesse Fleming said. “It’s not the ones who are on the top AAU teams and have a star next to their names that we get. It’s the public league players that we’ve just been able to mine and find. We love their toughness.”

For 11 years as an assistant under Jim Crowley, Fleming became familiar with the recruiting territory in New York, coaching Harlem native Priscilla Edwards, fifth on the program’s all-time list of assists, and assisting in the development of Murry Bergtraum product Armelia Horton, who averaged just over 10 points per game as a senior on a team that won 31 games during the 2011-12 season en route to a Sweet 16 appearance in the NCAA tournament.

Since returning to the program as head coach in 2016, Fleming has been waiting for the right opportunity to bring other talented products from the city to St. Bonaventure.

“It was always my goal when I got back here for us to stick our flag back in New York City,” said Fleming, who also recruited the NYC area as an assistant at Stony Brook under current-VCU coach Beth O’Boyle. “A lot of it has been re-establishing the connections down in New York City and getting the lay of the land a little bit.”

It couldn’t be just anyone, though.

Upon mention of the battles between Grand Street Campus and Murry Bergtraum, the two laugh.

“I feel like every time we played, there was always some drama,” Johnson joked.

“We’ve decided that it’s been even,” added Francis. “Her team won my freshman and sophomore years, but then junior and senior years we won.”

“We’re just really grateful to have both of them,” Fleming said of the two guards. “Both of them were underrecruited...(Johnson) moreso because she was looking at different schools that never came in with an offer.”

Fortunately for Bona, those schools missed out and Johnson, announced Monday as the Atlantic 10’s Rookie of the Week, has already shown glimpses of her ability as the team’s leading scorer at over 12 points per game.

“(Basketball) kind of just ran in the family,” said the Brooklyn native and daughter of Sasha Robinson. “My mother’s an athlete and she played college basketball, She never pressured me to play, though, I just fell in love with it on my own.”

'Lot of moves to make' to get under salary cap in unique year, Packers GM Brian Gutekunst says

Saluki Football | 3 things to watch for with No. 11 SIU/Youngstown State

Johnson shined at Grand Street Campus, which encompasses three different high schools in the Williamsburg neighborhood of Brooklyn and boasts New York Yankees reliever, Dellin Betances, as one of its most famous alumni. During her four years, she scored 1,400 points and was recipient of the Public Schools Athletic League’s Sullivan Award.

Her decision to sign with Bona in April came as a pleasant surprise to Fleming.

“WE WERE really surprised to get Asianae,” he said. “... surprised that she was available late. She’s got great grades, so it wasn’t anything along those lines. It was just a different recruiting timeline for her. She wasn’t in a hurry. So, to get her late... we were pretty darn excited when we got her.”

“We had a similar process,” said Francis, who like Horton attended Murry Bergtraum. “We each had different schools talking to us and things just happened that we ended up here. Things happen for a reason. Once one school stops contacting you, you come for a visit and then you’re like, ‘Oh wow, this is cool.’”

At Murry Bergtraum, Francis averaged 15 points and owned the best free-throw-shooting percentage in the PSAL.

“We saw Deja Francis’s upside as far as what she could be,” Fleming said. “She would play the one or the two (guard) in high school. You never got to see her as a true point guard at all times. It was a little bit of a projection for how she was going to be.”

Despite some early-season struggles, Francis showed glimpses of those projections last week during a three-overtime thriller at the Reilly Center. Her nine points, all coming in the extra periods, helped lead Bona to a 100-94 victory over Canisius,

“I feel good having New York City kids on the floor at the end of the game,” said Fleming about Francis in that victory. “And, she made some great plays down the stretch, so that’s what we’re looking for.”

At Bona, Francis and Johnson are hopeful they can help return the program to greatness.

“Honestly, I just want people to put some respect on our program,” Johnson said. “I want people to put some respect on the Atlantic 10 period because this organization is something that people look past. A lot of people look past St. Bonaventure and when you do that, we come up and then you’re on the bandwagon. People just need to show some real love at the end of the day.”

As they continue to develop, due to join them next season will be Brooklyn native Kayla Wilson, one of Fleming’s incoming recruits from CUNY Hostos Community College.

“She’s going to be a high-character player and a good fit,” he said of Wilson, named NJCAA Region XV Women’s Basketball Player of the Year last season during Hostos’ run to the Division III National Championship. “She’s just a player that had a knee injury early in high school, was under recruited and so she has a chip on her shoulder, just like some of these other New York players.”

“In New York City, you thrive on competition,” Johnson said. “You thrive in close games where you want to be bigger than your opponent.”

And, should the Bonnies find themselves in more big games moving forward, their coach is confident in the innate leadership that comes from his freshman backcourt.

“They’re not scared, they’re not intimidated,” Fleming said. “ They’ve been in those kinds of positions before. Games where fans are yelling at them at the sideline.”