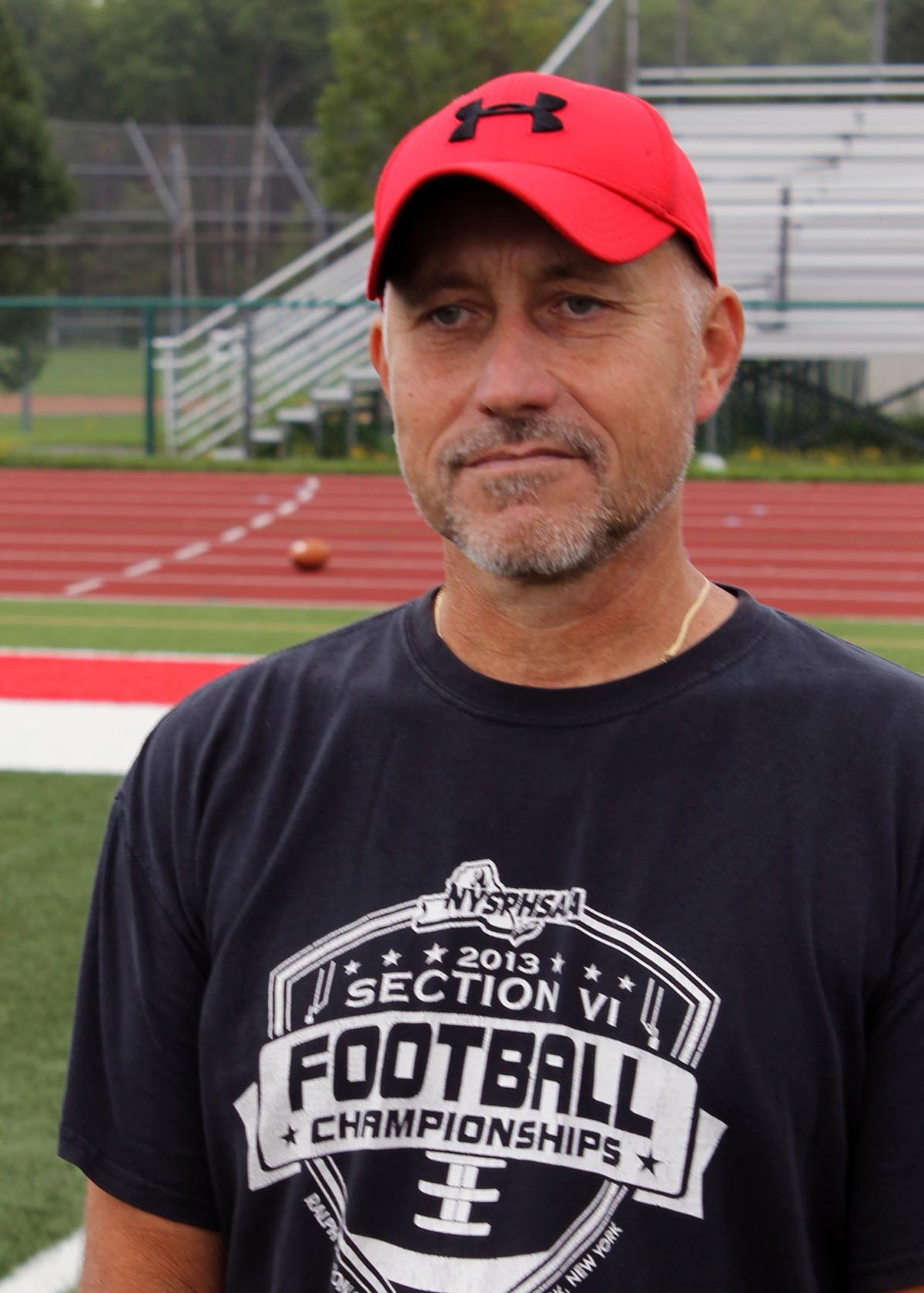 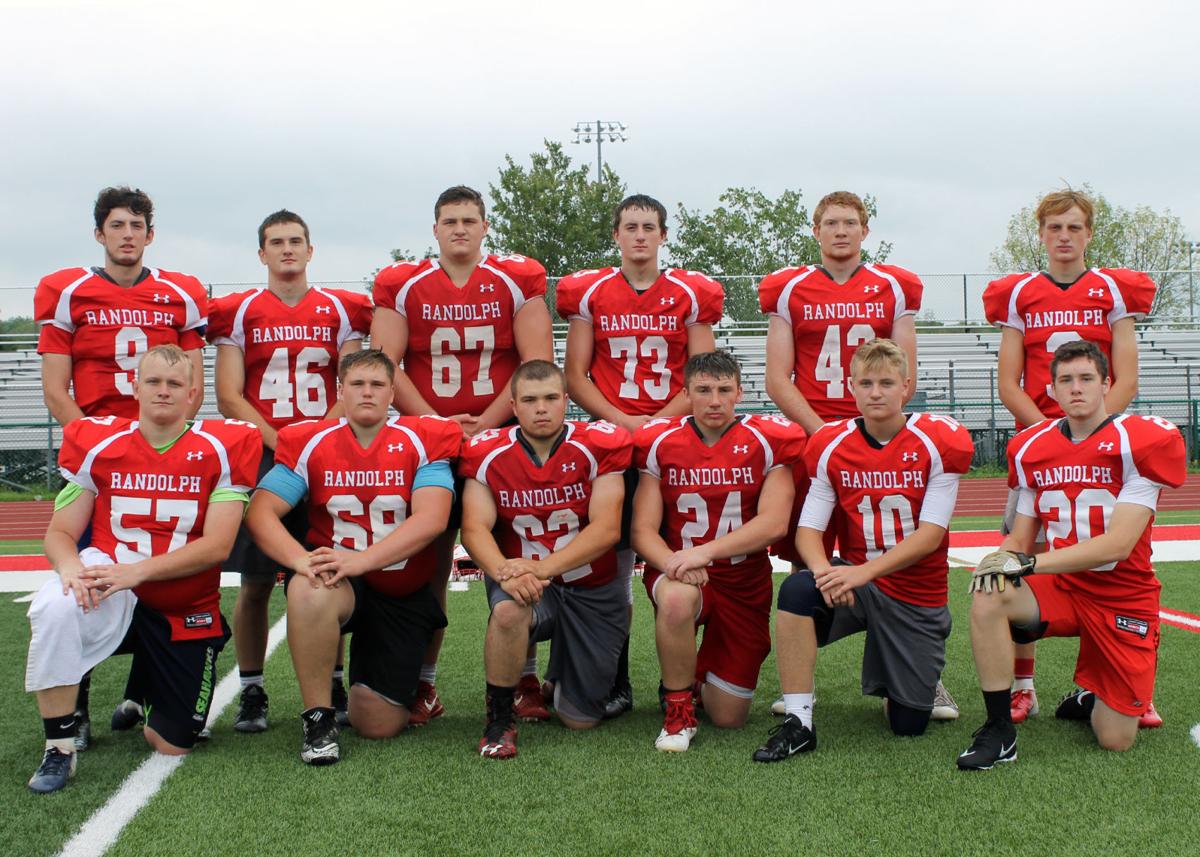 RANDOLPH — By no means did Brent Brown consider it a finished product in mid-August, but the Randolph/Frewsburg football team already undoubtedly stood much farther along than that time last summer.

Of course, at the time of Randolph’s 2017 Times Herald preview trip, Brown didn’t know he’d be welcoming Frewsburg’s players and coaches into an emergency merger after the Bears canceled their season due to low turnout. But following a 3-5 season for the hastily put-together squad, the merger plans became permanent and pushed the Cardinals up to Class C South after decades as a Class D power.

“We were behind, I think, all year long,” Brown said. “The stuff that we did, stuff that Frewsburg did, I don’t think we ever got good at it because it was tough: you’ve got to find out which kids are going to be playing and we got together, what, three days before the scrimmage? It was difficult. We were still making changes three weeks into the season. It was just a tough situation. This summer, we got to practice all summer, do 7-on-7 all summer and so we are light years ahead of where we were last year.”

But while it took a year to get the team’s organization down, Brown said he never had a camaraderie problem with players from different school districts coming together.

“Listen, they came together last year. Instantly,” Brown said. “They have been super. The kids have been awesome. Everything’s gotten ironed out a little bit better this year. So that first year, that situation was tough.”

The team also settled some logistical details of the merger. Frewsburg plays host to one home game this year, against Allegany-Limestone in Week 5. The team keeps Randolph’s Cardinals nickname and will wear red uniforms, but the helmets will display both ‘R’ and ‘F’ logos.

Familiarity with returning Frewsburg players helps Brown and his coaching staff, as well.

“You get now to this year and it’s not Randolph kids and Frewsburg kids,” said Brown, a sixth-year head coach who won state championships in his first two seasons. “You know them all. It’s just the team, it’s the kids, you know, so you’re not looking at him like, ‘Oh, what can this kid do?’ We already know. Everybody knows what everybody can do, so that makes things a lot easier as well.”

“He’s got to be, Brown said. “He’s gotta be big for this year. Absolutely.”

“Ty Hind, he’s been doing this since he was a little kid,” Brown said. “He knows what he’s doing, he knows the the whole system and right now we we’re rotating three backs.

“We’ve got a little bit of speed back there with all three of them. And we’ve got some that are stocky, some that are tall so it’s worked out.”

Teams couldn’t start full contact practice until Aug. 18 or scrimmage until a week later, but the Cardinals got some light contact from blocking (but no tackling) in against another squad on Friday, Aug. 17, with a joint practice at Jamestown.

“That’s become the thing, I think, up in Buffalo now,” Brown said of holding a joint practice for the first time. “We just had the heat clinic and (Section 6 football chairman) Ken Stoldt said, ‘You know, this is new, everybody is starting to do this now and we can joint practice, but we can only do it 10 on 10. We can’t do it 11 on 11. So we’ve got to take a wideout out or a corner out or something like that because if it constitutes a scrimmage, we’re not allowed to scrimmage yet.

“So it really is just practicing together. But it’s tough to practice, especially with our numbers, to get a scout team. So this was really good. This was really good and it’s not live. We’re just doing our stuff, but it was good.”

The Cardinals also jump to Class C South this season due to new BEDS enrollment figures under the merger, but will see plenty of familiar faces in their division. With only four Class D teams this year in Section 6, many recent D schools play in C this year, including Franklinville/Ellicottville, Portville and Chautauqua Lake (which merged with Westfield and hired former longtime Maple Grove coach Curt Fischer). Allegany-Limestone, Falconer/Cassadaga Valley and Southwestern remain C South schools.

“And we played Allegany last year,” Brown said of the familiar division rivals. “But we start out with Falconer/Cassadaga (Valley) and Southwestern, who we haven’t played. But we have scrimmaged Southwestern every year, so we know a little bit about them.

“Now Portville’s got a new coach over there (Josh Brooks), so I don’t know what to expect. I mean Gary (Swetland)’s been there for 100 years. We know exactly what to expect out of them, so we don’t know now, but I don’t know. It’ll be fun. We do get to play a few different teams. It’ll be a little bit different.”

The Huskers scrimmaged on Wednesday. Defense gets the edge and offense gets a 'wake-up call'