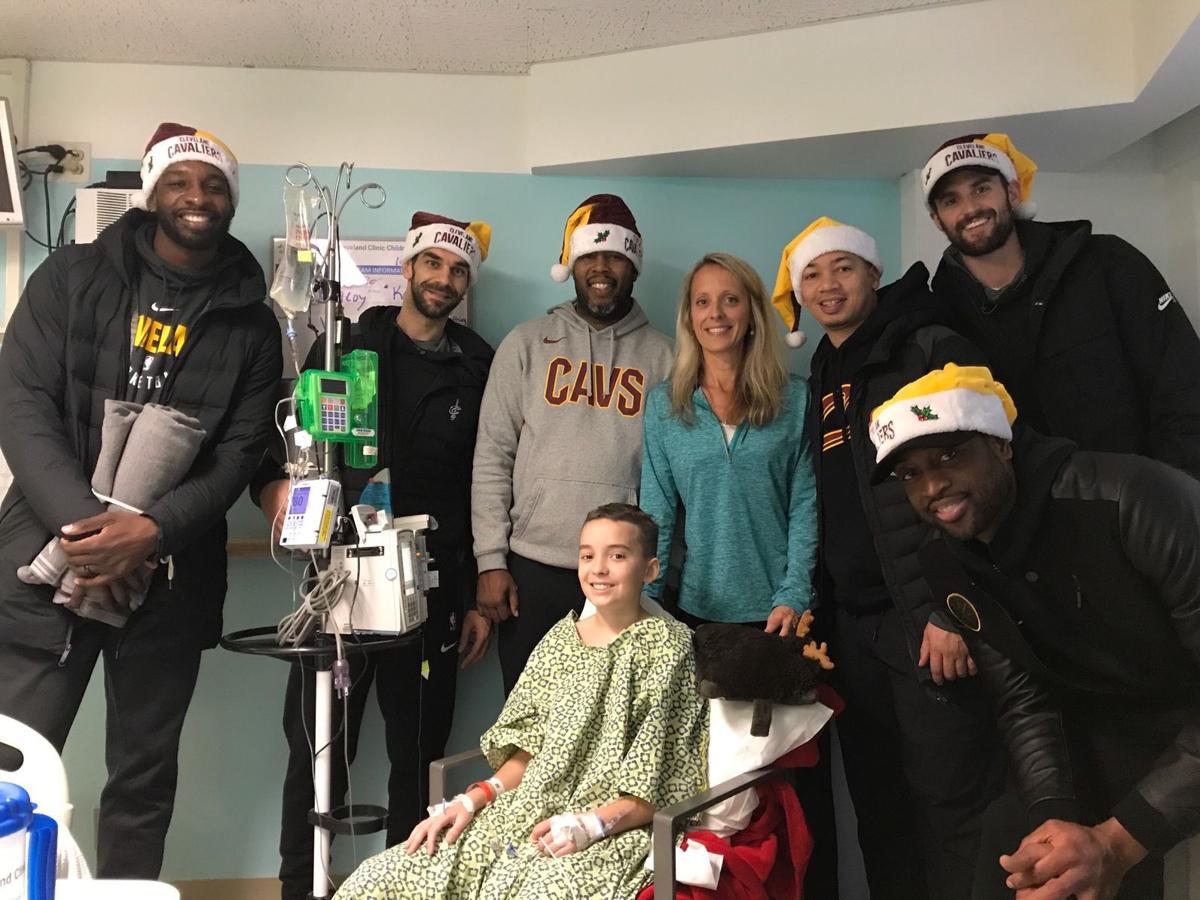 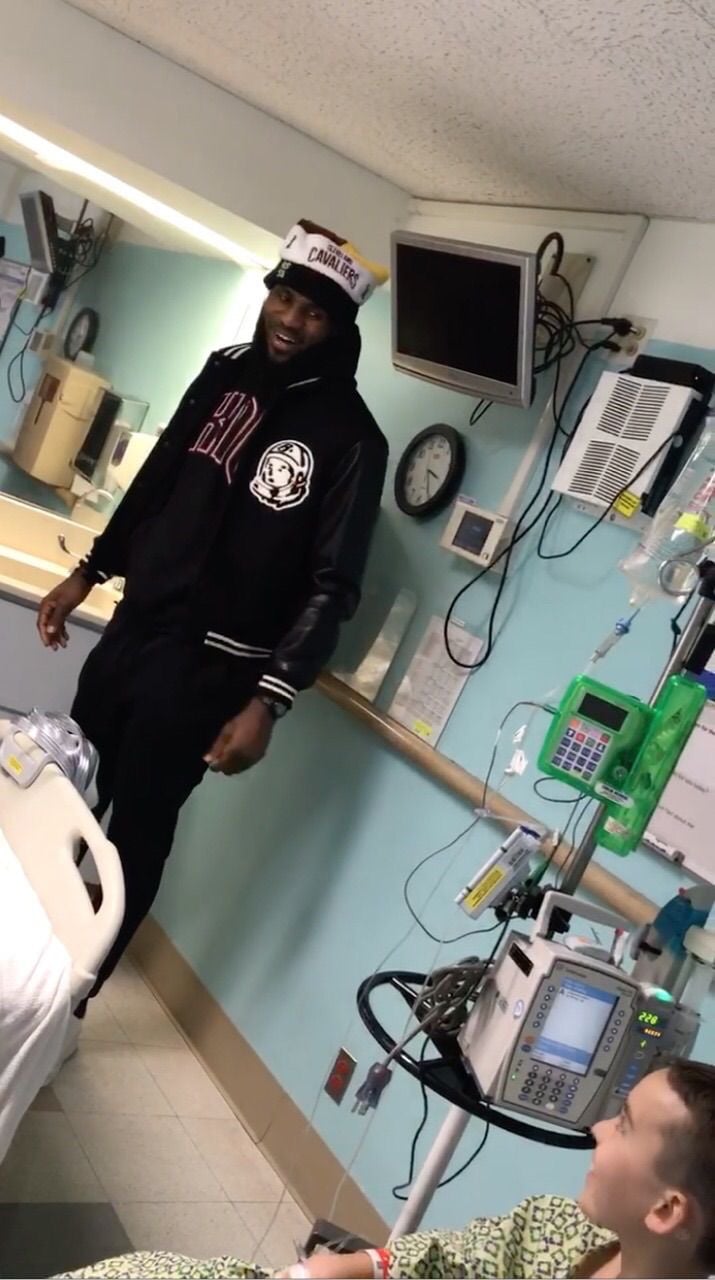 CLEVELAND — Andrew Maguire was hoping merely for a good day following a painful surgery performed over three hours from home.

The 12-year-old Allegany boy never dreamed that he’d meet his favorite player and one of the most popular athletes on the planet, LeBron James. And neither he nor his family could have imagined that his interaction with the Cavaliers star would become a national headline the following morning.

Earlier this month, Andrew underwent one of three surgeries needed to combat an ulcerative colitis condition that had developed within the last year. He was resting in his hospital bed at the Cleveland Clinic when he found out that some of the players from his favorite team, the Cavs, would be visiting that day.

“The hospital staff finds out about two hours prior to the visit, so they did let us know,” his mother, Diana, said, “but at that point, we did not know who was coming. It could have been any of the players.

“The first four guys to come in were not the biggest names. We thought, ‘Oh, that’s cool; maybe that was it. And then …’”

Andrew beamed and was high-fived by James. Then, he uncorked the line -- and the Christmas wish -- that went viral almost as soon as the words came out of his mouth.

“Can you dunk on Lonzo for me?” he eagerly asked, referring to Los Angeles Lakers rookie Lonzo Ball, against whom the Cavs were playing the following night.

James laughed and I said, “I got you,” before adding, “He might not be in my way. Once he sees I’m about to take off, he might move out of the way.” A video of the request was uploaded to social media and soon picked up by just about every major sports outlet in the country, including ESPN, USA Today, Sports Illustrated, even TMZ.

For the next day or two, Andrew was a star.

Game On: Storylines, players and matchups to watch (plus a prediction) for Huskers at Purdue

What made him think to make such a unique and amusing request?

“My brother (16-year-old Travis) is a Lakers fan,” Andrew said. “It was partly that, but it was also that I sort of knew LeBron didn’t like (Ball’s outspoken father LaVar). I was figuring that he’d probably think that was funny. The funny thing is that everybody thinks that I kind of hate him, but I like Lonzo Ball.”

Added Craig, Andrew’s father: “It was more of a sibling rivalry thing. Andrew’s always saying that Lonzo’s a bust and Trevor will remind him of how many points or assists he had the night before. It’s kind of a dig at his brother.”

By the end of the visit, every Cavaliers player and coach had come through to meet Andrew and other sick children. Andrew brought his Cavs shirt on the off chance there was such a visit, which was signed by James and the other players. The younger brother gave his older brother, who had gone back to Allegany the night before, the Sharpie that James used to sign the shirt and other memorabilia.

“Andy was able to rattle off every name (as they came in) -- ‘that’s Dwyane Wade, that’s Kevin Love,’” Diana noted. “I think they were impressed that he knew them all.”

The day after the game, Andrew was being talked about by the two anchors on the morning SportsCenter. They wanted to know: Did the boy at the Cleveland Clinic get his wish? Did Lonzo move out of the way?

“He had a dunk that Lonzo was sort of in the area,” Andrew said. “The funny thing is (Lakers center) Brook Lopez -- he actually did exactly what LeBron said that Lonzo would do. He just moved out of the way. I had watched on SportsCenter, and they were kind of saying that he did move out of the way.”

Andrew arrived back home on Thursday, three days before Christmas. He’s feeling better, though he still has one more surgery remaining “to tie everything together,” Craig said. Now, though, he has a new prized possession -- the autographed Cavs shirt -- and video proof of his one-of-a-kind request to James.

“It really was remarkable how much the Cavs being there really lifted Andy’s spirits,” Diana said. “It was a rough surgery and he was having a rough time, but, wow, the happiness on his face from all those guys being there. It’s just a great service that those guys do to come see those kids in the hospital.”