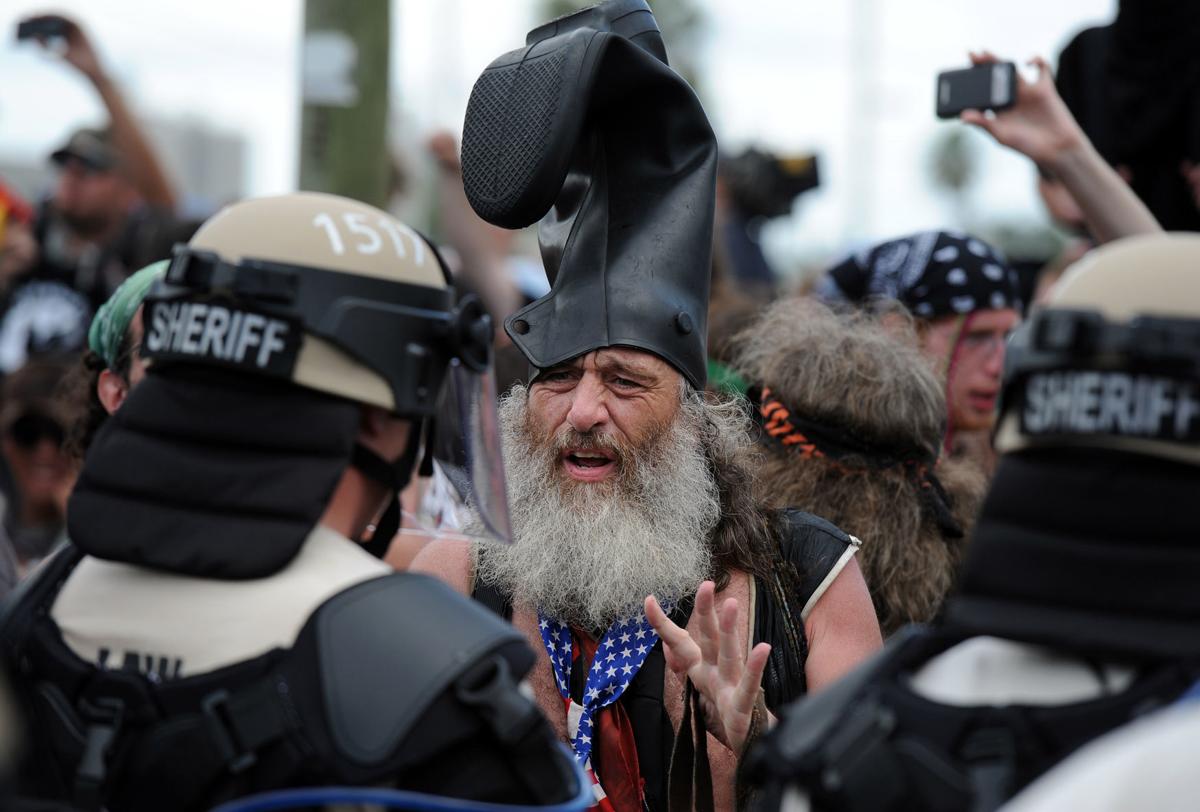 Reoccurring presidential candidate Vermin Supreme, wearing a boot for a hat, shouts at police in riot gear on the second day of the Republican National Convention in Tampa, Fla., Aug. 28, 2012. 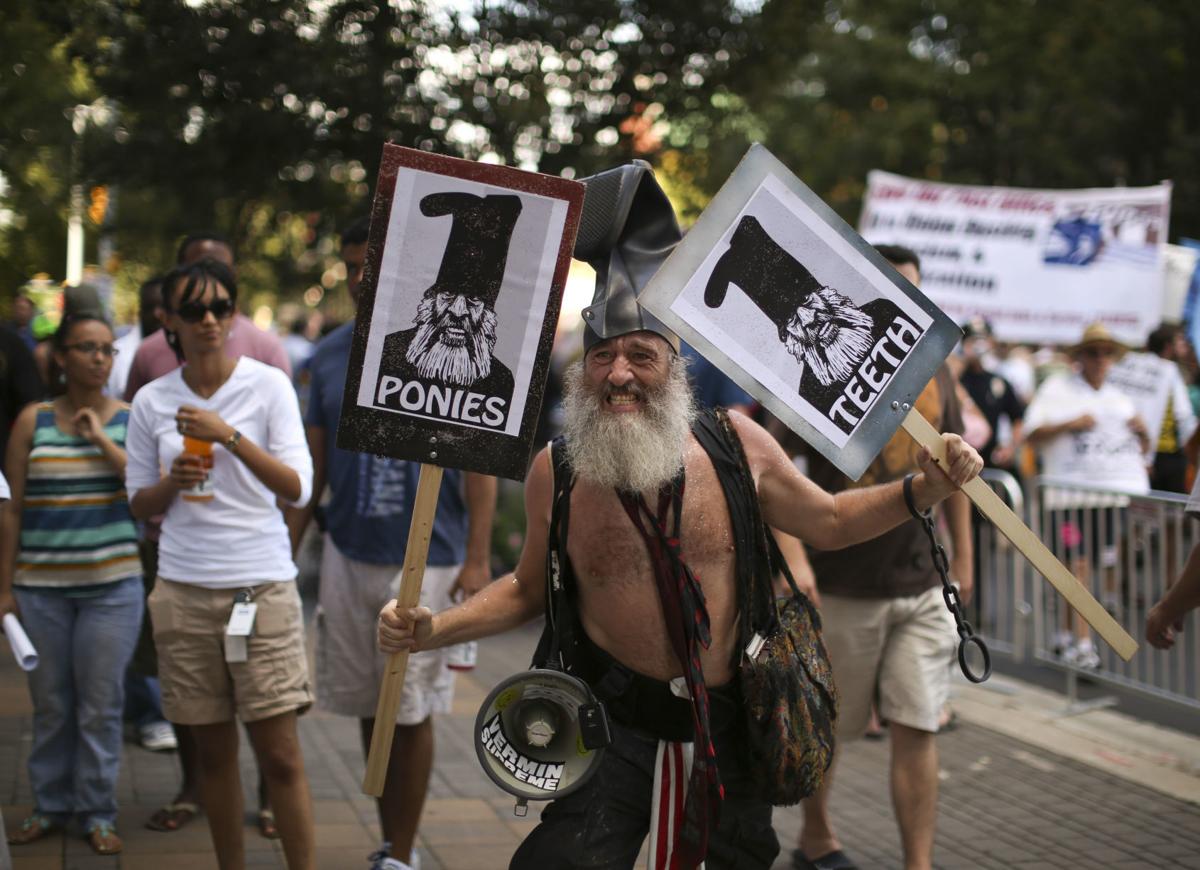 Reoccurring presidential candidate Vermin Supreme, wearing a boot for a hat, shouts at police in riot gear on the second day of the Republican National Convention in Tampa, Fla., Aug. 28, 2012.

OLEAN — Olean is no stranger to national political figures.

Now the city will welcome an appearance by a different kind of national political figure: Vermin Supreme.

The performance artist, famed for repeatedly running for president while wearing a boot on his head and carrying around a very large toothbrush, will be in Olean this weekend. He’ll make an appearance Friday night at Tony’s Napoli pizzeria followed by a tour of the Hinsdale Haunted House. He’ll even attend the St. John’s Church Festival Saturday.

Supreme — that’s his legal name — is a 58-year-old Massachusetts native who has been profiled in national media from CNN to Fox News, as well as the subject of a 2014 documentary “Who is Vermin Supreme? An Outsider Odyssey.” His major platforms are preparing for the zombie apocalypse, funding time travel research and providing a free pony to every American.

“It’s a mockery of the system,” said Luke Wenke of Olean, who helped organize Supreme’s visit. “He just mocks the system by promising nonsense. People who are sick of politics say, ‘Wow, these people are promising absolute nonsense,’ so Vermin makes that fun and entertaining. He’s a relief from that.”

Wenke, chairman of the Cattaraugus County Libertarian Party, said he was approached a few months ago by members of Supreme’s “inner circle.” Supreme is currently running as a Libertarian in the 2020 presidential election after previously running as a Democrat and Republican.

Wenke said it wasn’t all that difficult to get Supreme interested in coming to Olean.

They decided he’ll perform from 7 to 10 p.m. Friday at Tony’s Napoli on East State Street. The band DredNeks will also perform. There will be no admission cost, but attendees are asked to purchase food and drinks from the restaurant.

Immediately after the Tony’s Napoli performance, Supreme will head to the Hinsdale Haunted House, located at 3830 McMahon Road in the town of Hinsdale. For those wishing to tour the alleged haunted premises with Supreme, the cost is $20 per person.

“Vermin is all about zombies so the zombie stuff kind of goes well with the Hinsdale Haunted House,” Wenke said.

If anyone would like to meet Supreme but won’t be able to attend the Tony’s Napoli or Hinsdale Haunted House events Friday night, Wenke said they can perhaps catch him Saturday at St. John’s Roman Catholic Church’s annual festival, formerly called Festa Italiana.

“We want to take him to the Italian fest and see what happens,” Wenke said. “It will be peaceful, it will be fun, it will be great.”

Asked what community members should know about Supreme, Wenke said Supreme is a working-class person of average status who was able to be himself yet “get the attention of many people.”

Wenke thinks that message could resonate with the people of Olean.

“I’d like to see Olean be who they want to be,” he said. “Vermin is about being you and doing your thing in life.”