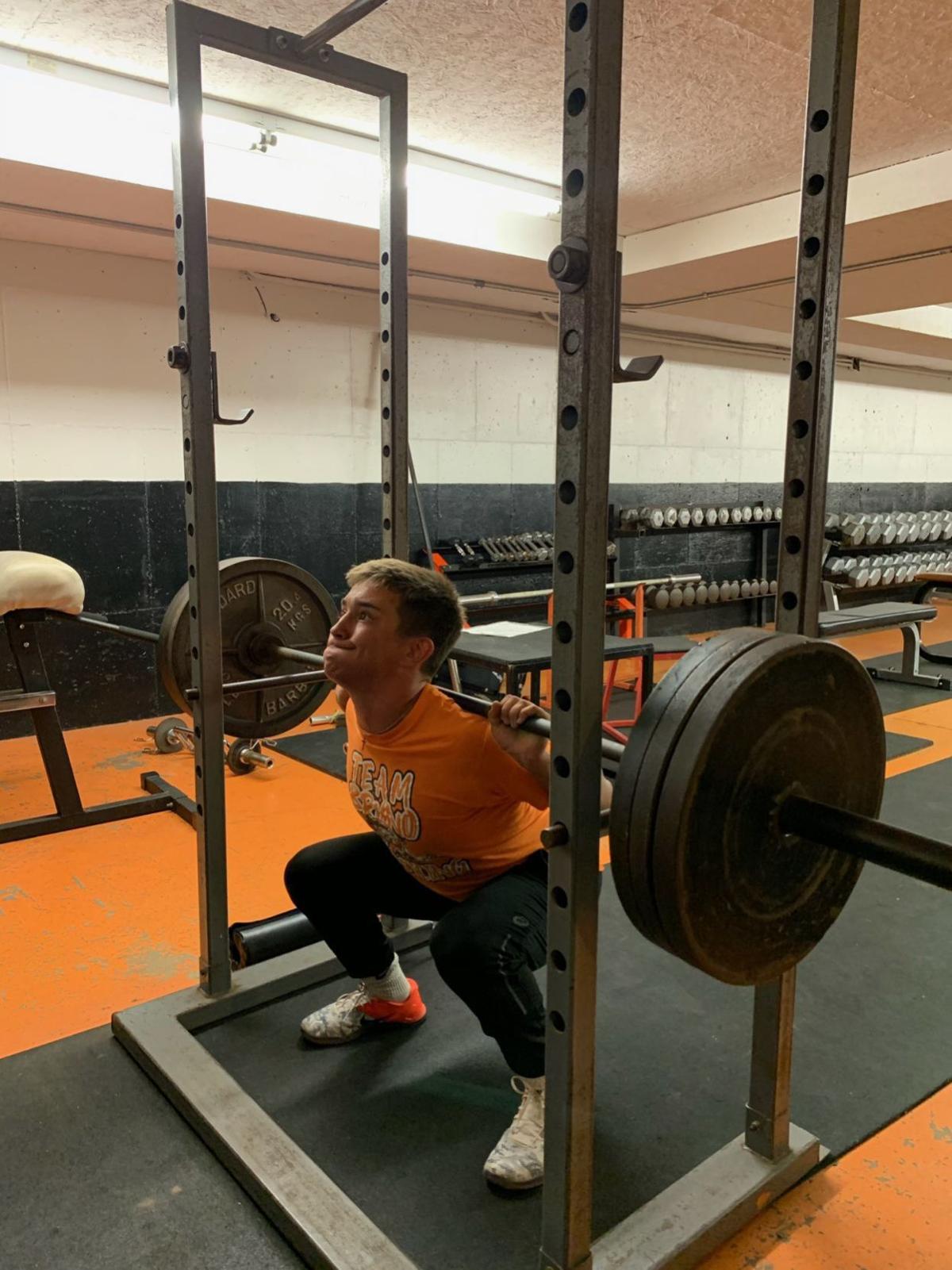 Port Allegany running back and linebacker Taro Tanaka puts in some squat reps during a workout this week. Tanaka and the Gators were able to return to the weightroom and football field after Port Allegany’s school board passed a health and safety plan for athletes last week. 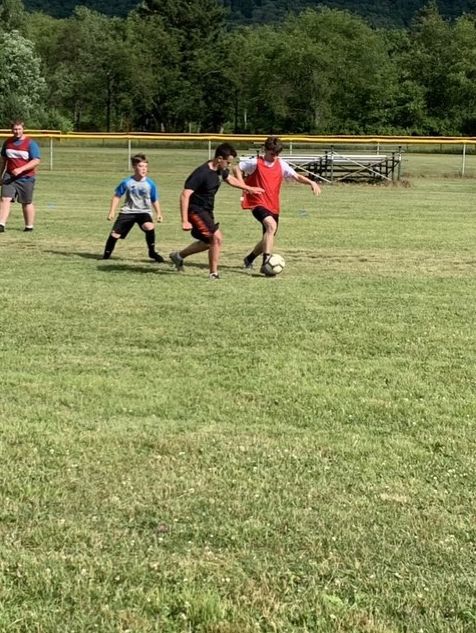 Port Allegany soccer players get together for a scrimmage on Wednesday. Athletes from across Port A’s athletic teams have been back in action for about two weeks now.

Port Allegany running back and linebacker Taro Tanaka puts in some squat reps during a workout this week. Tanaka and the Gators were able to return to the weightroom and football field after Port Allegany’s school board passed a health and safety plan for athletes last week.

Port Allegany soccer players get together for a scrimmage on Wednesday. Athletes from across Port A’s athletic teams have been back in action for about two weeks now.

PORT ALLEGANY, Pa. — The Gators are back in business, or at least to the greatest extent they can be right now.

Athletes from within the Port Allegany School District were able to begin offseason workouts early last week after the Board of Education approved a health and safety plan for its students and coaches on Monday, June 15.

On the following Tuesday morning, Gator football players in grades 7-12 were back in the weightroom. Turnout was so high for the team’s first on-field workout that coach Justin Bienkowski had to turn a few younger players and a volunteer coach away to stay within the 35-person capacity limit the Port Allegany School District set.

“I certainly can’t complain about turnout in this first week,” Bienkowski joked.

That capacity limit is one of a number of precautions that coaches and teams must take in order to be able to practice.

Among the others are:

— Temperature checks prior to workouts

— Social distancing when players aren’t on the field of play.

DESPITE THE changes from the norm, both Bienkowski and Port A boys soccer coach Aaron Clark are reporting high spirits among the athletes.

“They’re just happy to get back (onto the field),” Clark said. “I coach track in the spring and a lot of soccer players run track. I know there were high levels of disappointment with the canceled spring season. So we’ve seen nothing but high energy so far.”

Added Bienkowski, “I think it’s the idea that (the athletes think), ‘Holy cow, we can get on the field and do things’ so you don’t run into, ‘I’m not going tonight.’ You run into, ‘get me out of my house so I can go to practice.’”

Kane is also back on the practice fields right now, while Otto-Eldred’s teams return to action July 1.

Smethport is on hold until at least July 8 and Bradford is presenting its health and safety plan to its school board on Monday.

Thus far, the only real issue either Port coach has run into was when Clark had to cancel a workout due to inclement weather. Normally, the soccer team would still get together for a workout and ride storms out, but since coaches can’t send players to wait in each other’s cars right now, Clark opted to just cancel.

However, that isn’t a plan he feels is viable in any long-term solution this fall, and so the coach is hoping to find better alternatives to cancellations.

“That’ll be something we’ll have to look at as the season gets closer,” he said. “What do you do? You don’t want to cancel every time there’s just a chance of storms.”

SO FAR, workouts for the soccer program have been kept to player-on-player scrimmages with limited coach interactions.

“I’m a big believer in letting (the players) get together to scrimmage and just have fun,” Clark said. “There’s no drills, no conditioning. They’re just kids. So we’re just, as coaches, there to monitor them and make sure that they limit the screwing around.”

For Bienkowski and the football team, the challenge throughout this process had been maintaining strong communication with athletes and helping them find ways to stay in shape at home.

“They were trying to find weights somewhere, or run hills on their own, lift logs. You were just trying to get as creative and innovative as you can with what you have around, because you couldn’t use the (school) facilities,” he said. “And then (maintaining) communication and keeping kids interested to let them know we’ll bust through the door and go full-speed ahead once it’s open.

“We’ve been reaching out to the kids, and there’s been no negativity.”

And that optimism and positivity within the program has made for a “seamless transition” back into workouts. In addition to weight room workouts, Port A’s football team has run drills and gone over different schemes and concepts for players.

What’s helped Bienkowski’s squad has been focusing on the present instead of worrying about what the future may hold.

“We don’t have the PIAA’s imprint on what we’re supposed to do come (regular) season, but this preseason, we’ll prepare like we’re going to go to Otto-Eldred to have a good battle.”