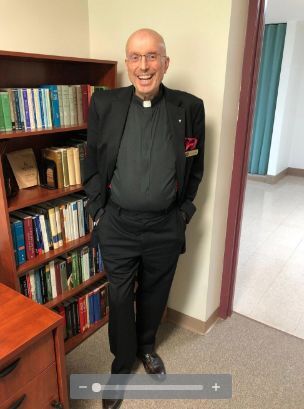 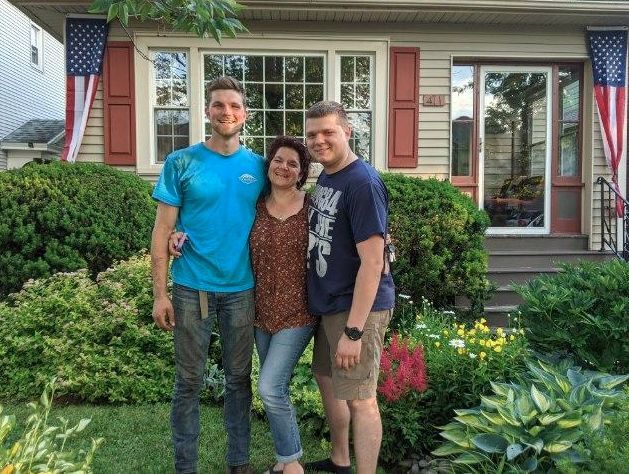 As the Rev. John P. Mack became increasingly ill while waiting for a liver transplant — no thanks to the pandemic — he believes his donor came through after receiving a “heavenly nudge.”

Mack, who had worked as a disc jockey in the Olean area and had been involved with the Basilica of St. Mary of the Angels Church, received a liver transplant five weeks ago and is now in the midst of a successful recovery. He would like to return to the ministry sometime in 2021.

In January, Mack, a Roman Catholic priest as well as a veteran, spoke to the Times Herald of his dire need.

A priest for the Diocese of Buffalo and a faculty member at Christ the King Seminary in East Aurora, Mack had been diagnosed five years ago with non-alcoholic cirrhosis of the liver. This past October, doctors recommended he be placed on a transplant list for a living donor.

As Mack waited for the transplant, his health and energy declined. The onslaught of the COVID-19 pandemic shut down the process for receiving an organ from a living donor from mid-March to early May when elective surgeries were again permitted.

Mack learned in early June there was an approved donor — Nancy Kaszynski, a 52-year-old recreational therapist and former parishioner of his at St. Andrew’s in Kenmore.

“We had pre-ops on June 16 and that’s when we met for the first time,” Mack said.

Following his 11-hour surgery, Mack was on the transplant floor a couple of days and after he was moved to another unit visited with Kaszynski on July 6. He was discharged July 13 and has since had round-the-clock care at home. He expects to be discharged from at-home care in the next week.

While Mack admits he can’t remember Kaszynski all that well from church, she does remember the charismatic priest during his short stay at her church.

“He probably was my favorite pastor, he wasn’t with us long and when he was with St. Andrews he had a couple of military deployments that took him away,” Kaszynski recalled. “But he impressed me at the time.”

Kaszynski said when she learned of Mack’s need for a transplant on social media, she began thinking about helping him. What prompted her to provide the donation, however, was not because of any “tangible reason.”

“(Mack) has taken to calling it a heavenly nudge, but I’d like to think that it was definitely the power of all the prayers that were being said on his behalf that prompted me to take that step,” she surmised.

A longtime therapist with VA hospitals in Buffalo and Batavia, Kaszynski has enough time and leave built up that she is able to take time off after the transplant without a financial impact. She credits the support of her colleagues for covering for her during her absence and plans to return to the workplace sometime in September.

Kaszynski said she has recovered well from surgery that lasted approximately eight hours and removed 68% of her liver for the transplant.

“When I was discharged home after a week, I could perform my own personal care, I could go up and down stairs, so it was not like I was depending on my kids to help me in the bathroom or something. That would have been a deal breaker, actually,” she said with a laugh.

Since the surgery, around 90 percent of her missing liver has grown back.

Kaszynski said she isn’t keen on taking credit or praise for her good deed. Instead, she hopes the publicity will shine a light on the need for donors.

“This is more to educate the public that livers, in particular, regrow,” she said. “And the transplant team is so super careful with protecting the donor to make sure there are no adverse events and that it’s a good match.”

Mack has a different take on his donor’s sacrifice.

“She is the most generous and unique person I’ve ever met in my life,” he said. “She knew the risks and still she went through her own process required by the clinic.”