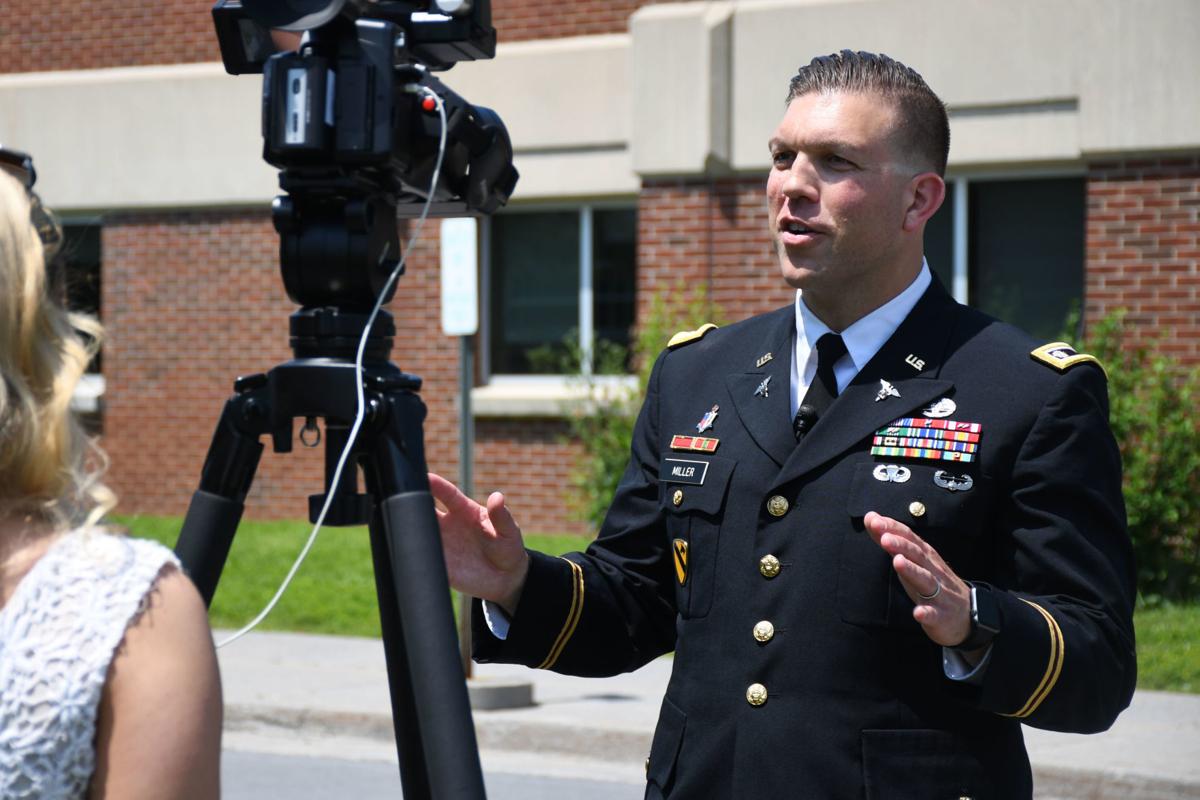 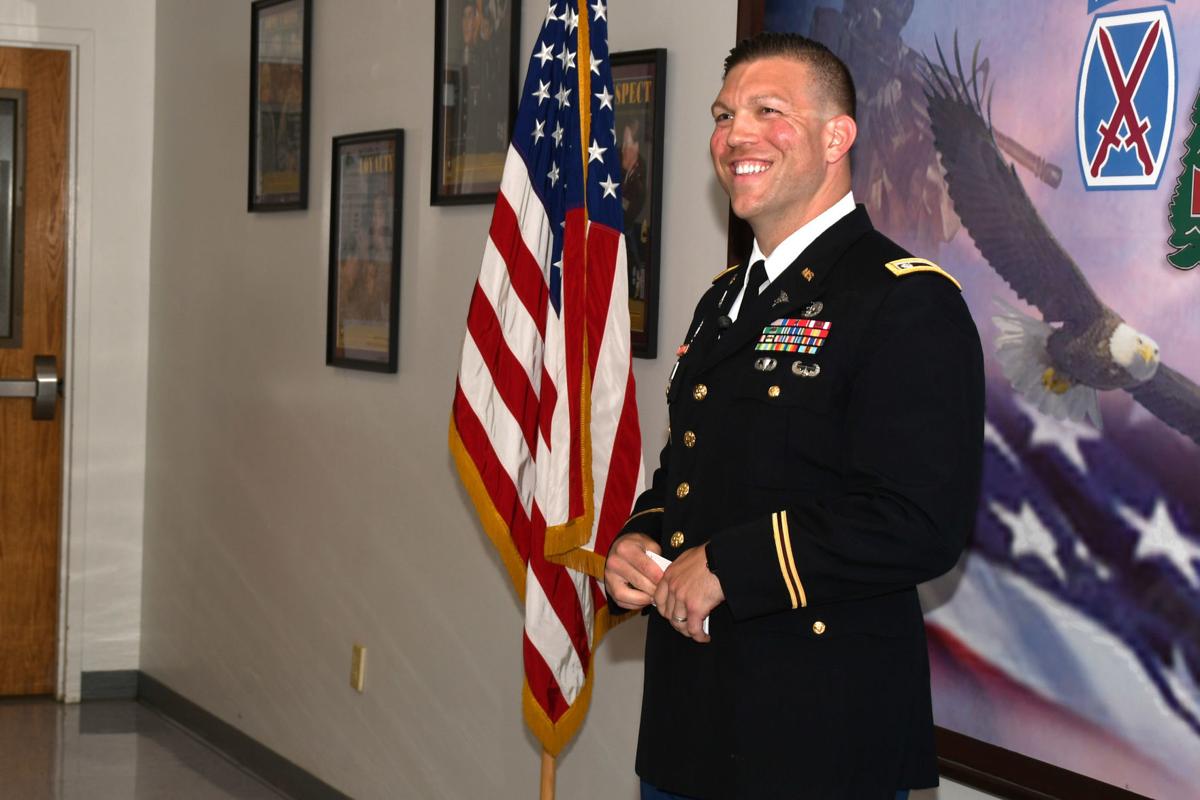 Miller was grateful looking down at the face of his nearly 3-year-old daughter, Harper, who “wasn’t even a thought” when Miller was shot and then helped fellow soldiers find safety during the 2014 mass shooting at Fort Hood, Texas.

He also felt some shared grief seeing his father, John, who lost his wife — Miller’s mother — back in March, and then last month lost his mother — Miller’s grandmother.

“It’s been a pretty rough go here,” Miller told the Olean Times Herald via telephone after the ceremony, “but today was a reason to celebrate and reflect.”

Miller, known colloquially throughout Western New York as “Maj. Miller,” is now “LTC Miller” after being promoted to lieutenant colonel.

Miller, an Allegany native who just spoke at the Allegany-Limestone Middle-High School graduation Sunday, had his promotion made official Monday.

Wednesday’s ceremony was a reunion of sorts for Miller, who has been stationed at Fort Drum since 2017 and was previously stationed there from 2011 to 2013. He said many of the people he worked with during his first stay at Fort Drum came back to see his promotion.

Miller’s family, like his wife, Ashley, and their daughter, Harper, were also there. Miller’s father, brother and in-laws came in from out of town to see the ceremony.

Of course, Miller was also thinking about the family members who couldn’t be there.

Miller’s mother, Carole, died at the age of 64, on March 20, following battles with multiple sclerosis and cancer. Miller’s grandmother, Pauline, died June 22 at the age of 91.

Miller said his mother in particular would have loved to have been at Wednesday’s ceremony, as he said she was always especially proud of him for joining the military and his deployments to Iraq.

“So many people in the handshake line today we’re saying, ‘She was there, she is watching,’” Miller said. “Things like that are comforting. It’s initially bittersweet and sad, but then you realize she’s with us and we’re all celebrating together.”

Miller’s promotion to lieutenant colonel won’t change his day-to-day duties immediately, as he’ll continue as the Fort Drum Medical Activity deputy commander for administration for about another year.

However, next summer he’ll move to Joint Base Lewis-McChord near Seattle, where he’ll be a battalion commander overseeing a unit of 800 to 900 soldiers.

He noted he’ll have just as “hard of a time” as the Western New York community and media getting used to being “LTC Miller.”

“It’s still weird to me after five, six years of Maj. Miller,” he said with a laugh. “So we’ll fumble through it together.”

It’s now been just over five years since the 2014 Fort Hood shooting that altered Miller’s life. The gunman struck Miller with a .45-caliber bullet just two-inches below his heart. It went through his colon, smashing a rib and embedding in his back. Miller had to undergo two major surgeries and two weeks in the intensive care unit.

Miller, 37, was awarded the Soldier’s Medal, the Army’s highest noncombat honor for valor, for shepherding co-workers into his interior office and locking the door after being shot.

Miller said, first and foremost, he’s grateful to be alive and healthy and have a family, but he also tries to reflect on what he’s done with the extra time he’s been given. He’ll put on the third annual Southern Tier Wounded Warrior Benefit Concert July 27 at Allegany Fireman’s Park.

All net proceeds of the concerts go to Fisher House Foundation and Homes For Our Troops, nonprofit organizations that assist injured veterans and their families.

“I feel a duty and I enjoy doing it,” he said. “Especially with how everyone’s on borrowed time and with my mom and my grandma, it can’t be understated: Just appreciate life and everyone in it. That’s cliché, but that’s honestly how I try to live everyday and not sweat the small stuff.

“You won’t see me get upset too much unless the Bills or Sabres are playing,” he added with a laugh.

Miller’s promotion celebration with family and friends will continue into today with the Fourth of July and the holiday weekend.

“A lot of emotions and now it’s time to enjoy America’s independence,” he said.