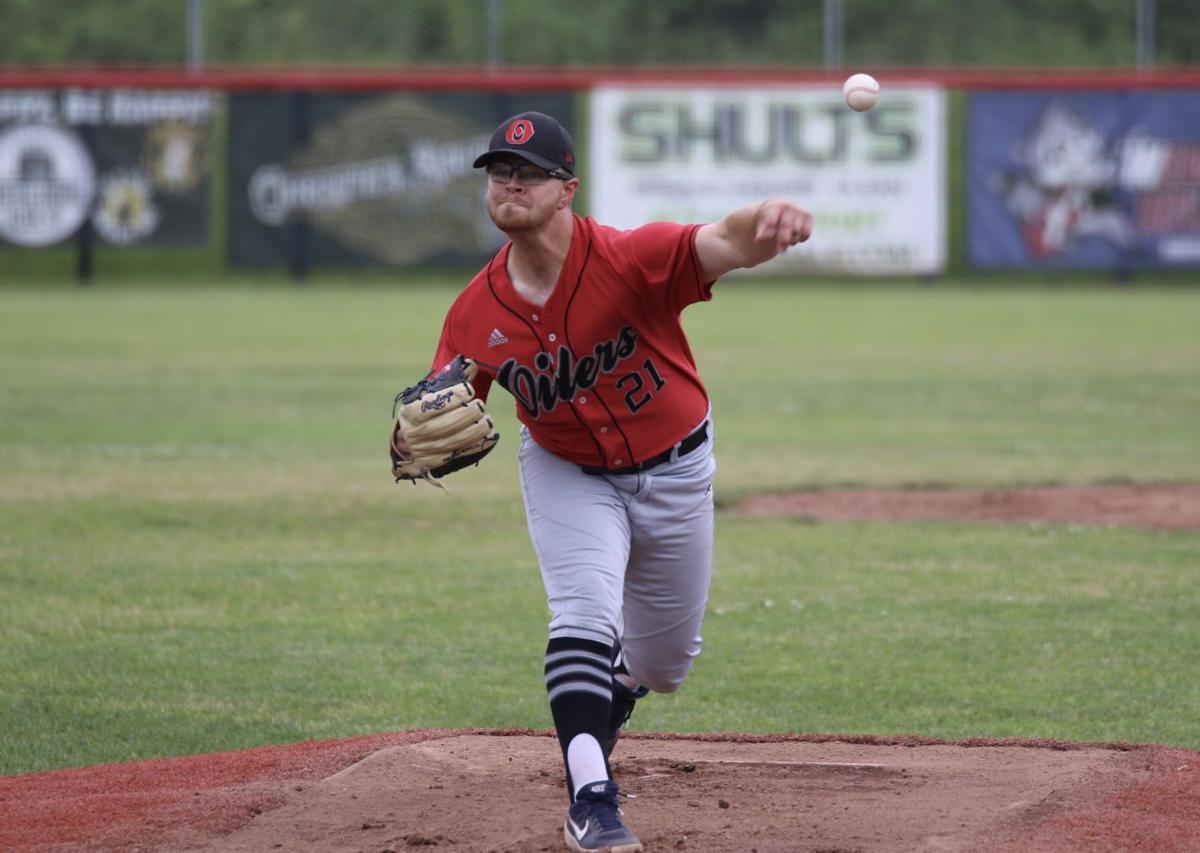 Olean Oilers pitcher Kyle Warner (21) delivers a pitch during Game 2 of a doubleheader against the Syracuse Salt Cats on July 7, 2019 at Bradner Stadium in Olean. 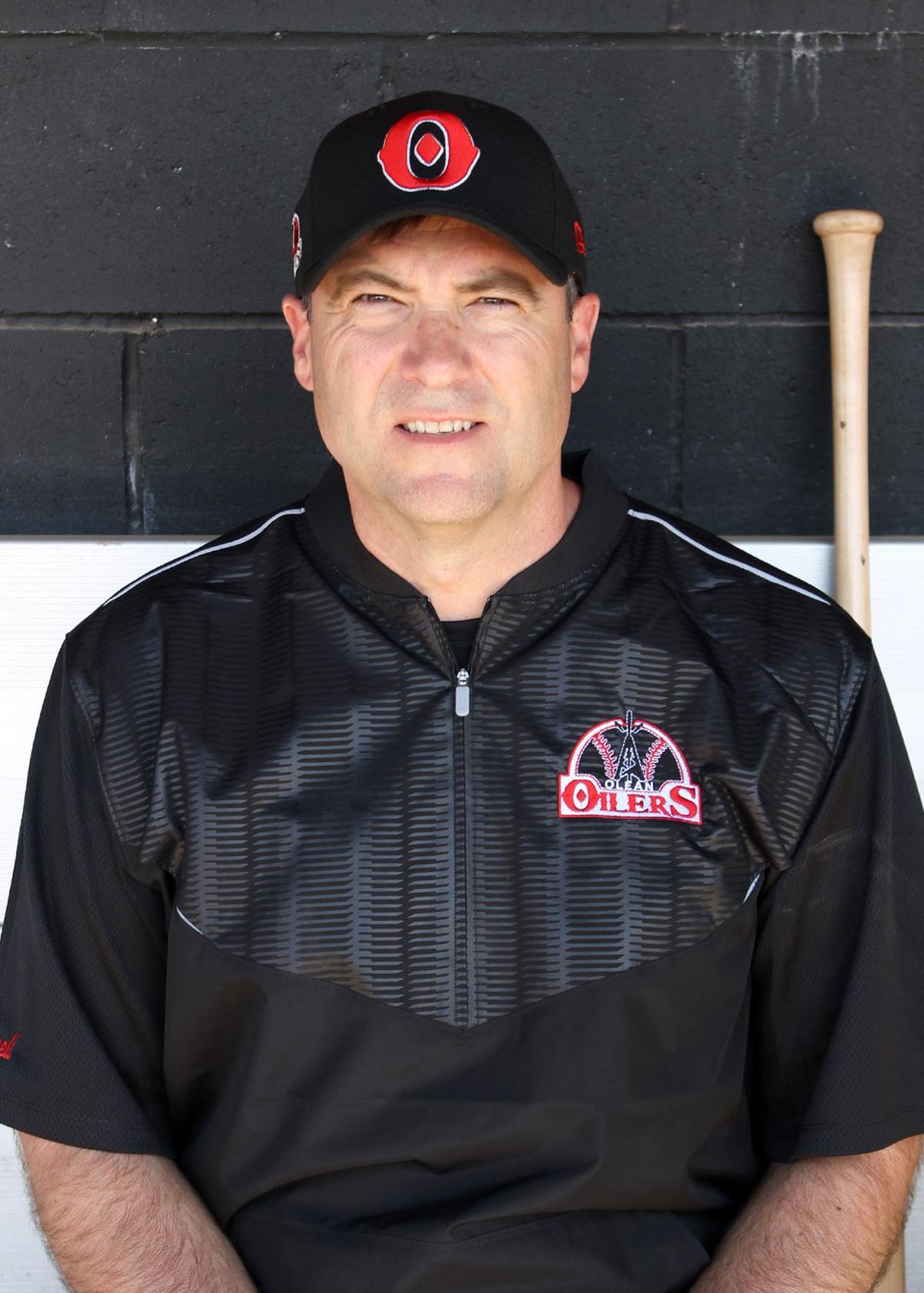 Olean Oilers pitcher Kyle Warner (21) delivers a pitch during Game 2 of a doubleheader against the Syracuse Salt Cats on July 7, 2019 at Bradner Stadium in Olean.

(EDITOR’S NOTE: This is first of a two-part series on the Olean Oilers and the decision to take a leave of absence for the 2021 New York Collegiate Baseball League season.)

OLEAN — Most people refer to Brian O’Connell as “owner” of the Olean Oilers.

More correctly, as a member of the New York Collegiate Baseball League, the team is a non-profit, technically making his title “president.”

Of course, most recently, he’s also been its manager/coach.

But it’s his administrative role that has forced him to make two painful decisions in a span of nine months.

Last spring, as the coronavirus disrupted life in the United States, sports was particularly impacted. O’Connell, who owns a law firm in the city and also serves as a Town of Olean judge, assessed the odds of a possible season, and opted the Oilers out of the 2020 campaign. Shortly thereafter, the entire NYCBL drew the same conclusion.

Then, in late December, due to a combination of the continuing Covid-19 pandemic and Major League Baseball’s contraction of its minor leagues, O’Connell informed Olean Mayor Bill Aiello that the Oilers were taking a one-year leave of absence from the league.

But the decision might be permanent, at least as it involves the man who founded the franchise back in 2012 and saw it win two NYCBL championships, lead the league in attendance for six straight years after it moved to Bradner Stadium and produce nine players taken in the Major League Draft.

EARLIER this week, O’Connell talked about what precipitated his decision and what could be the Oilers future.

He explained that while the team had already started announcing next summer’s roster, it was a logistical necessity that took place before every season.

“Not knowing what was going to happen with the virus and vaccines and what 2021 was going to look like, I said, ‘Let’s go ahead and start recruiting players for the summer,’ as some other league teams had done,” O’Connell said. “The problem with (waiting) was that if we were going to play, trying to recruit players a month or so before the season would have been a disaster. In order to get top-notch talent, which we’ve done throughout our time, you’ve got to do it early because coaches are looking to place players and we have relationships with various colleges that will send us some of their better players.”

He added, “There was a thought that by next summer the virus would be taken care of or lessened to the point where we could play baseball safely.

“But as we started recruiting and as (the season) got a bit closer, I started thinking about whether 2021 would be possible for a number of different reasons. Toward the end of the year, I was having my doubts that we were going to be able to play and I didn’t want to recruit these players all the way through March and April and then pull the plug. I didn’t think it would be fair to the players or their coaches, so I had to make a decision sooner rather than later.”

O’CONNELL admitted there were a number of factors that led to the leave of absence.

“First and foremost was Covid-19,” he said. “People watch sports on TV and say, ‘Well, you should be able to play a baseball game at Bradner Stadium.’ That’s true … it’s a safe activity for the most part. But it’s everything behind the scenes that people may not be aware of … bringing in players from different parts of the country … housing them in dorm rooms … putting them on buses … feeding them.

“I didn’t feel it would be safe, not only for the players themselves, but also the staff and their families, the community and my family. We have to interact with these players constantly for two months. We’re not Major League Baseball or the NBA … we can’t put these players in a Covid bubble. We don’t have the resources to test them routinely, which every one of these professional teams has done under their Covid protocol. It’s an impossible endeavor (for us).

“Then there’s the economic part,” he pointed out. “We rely on sponsors (and) fans going to the games and buying concessions to essentially pay for the team. My law firm has put in a lot of money over the years in order to keep the team moving along but sponsors are a big part of it (as well as) fans buying season passes and refreshments … all of that goes into the Oilers pot to pay for the season.”

O’Connell continued, “Given the economic realities of the country, there was no way I was going to send my staff members out to try to fundraise and ask for donations from businesses which are having difficulty surviving or even laying off people.”

HE ADDED, “The third part is minor league contraction. Major League Baseball has totally taken over minor league baseball and, in doing that, they had to figure out ‘What are we going to do with these minor league cities that have these beautiful stadiums?’ So (MLB’s) push has been to (turn) these minor league teams into summer, wooden bat collegiate leagues. And they’ve been successful to a certain degree; the Appalachian League went from pro baseball to an affiliated (MLB) summer college wood bat league for freshmen and sophomores.

“(MLB) also put together the Draft League, a wood bat league where all the older college players that are potentially good enough to get drafted will be invited. They also disbanded the New York-Penn League and there’s been a scramble for those teams to jump into Independent baseball leagues or get into summer collegiate leagues. Most of the New York-Penn teams are trying to figure out what they’re going to do … or not exist.”

O’Connell conceded, “That makes it extremely difficult for leagues like ours to recruit the talent that we’ve been used to recruiting, in the future. Those higher-caliber ballplayers will be gobbled up by the Draft League, the Appalachian League or the Cape Cod League, which is for first-year draft-eligible juniors.

“In other words, MLB dumped their minor league-contracted teams into the summer collegiate league business model. These college players, who have a real chance of being drafted, will gravitate to these new leagues. That’s very challenging for leagues like ours and especially a team like ours, which has had nine draft choices over our history, to be able to recruit that upper-level talent to put an almost minor league-product on the field. Those days may be gone forever.”

He concluded, “You take Covid, the economic realities of Covid in terms of the ability to fundraise and minor league baseball contraction being dumped into summer collegiate leagues and it’s a recipe for difficulty and disaster for certain collegiate leagues.

“There will be leagues that survive and our league, hopefully, will, but time will tell.”

(Tomorrow: The Oilers’ future and Brian O’Connell’s part in it)

(Chuck Pollock, a Times Herald senior sports columnist, can be reached at cpollock@oleantimesherald.com)