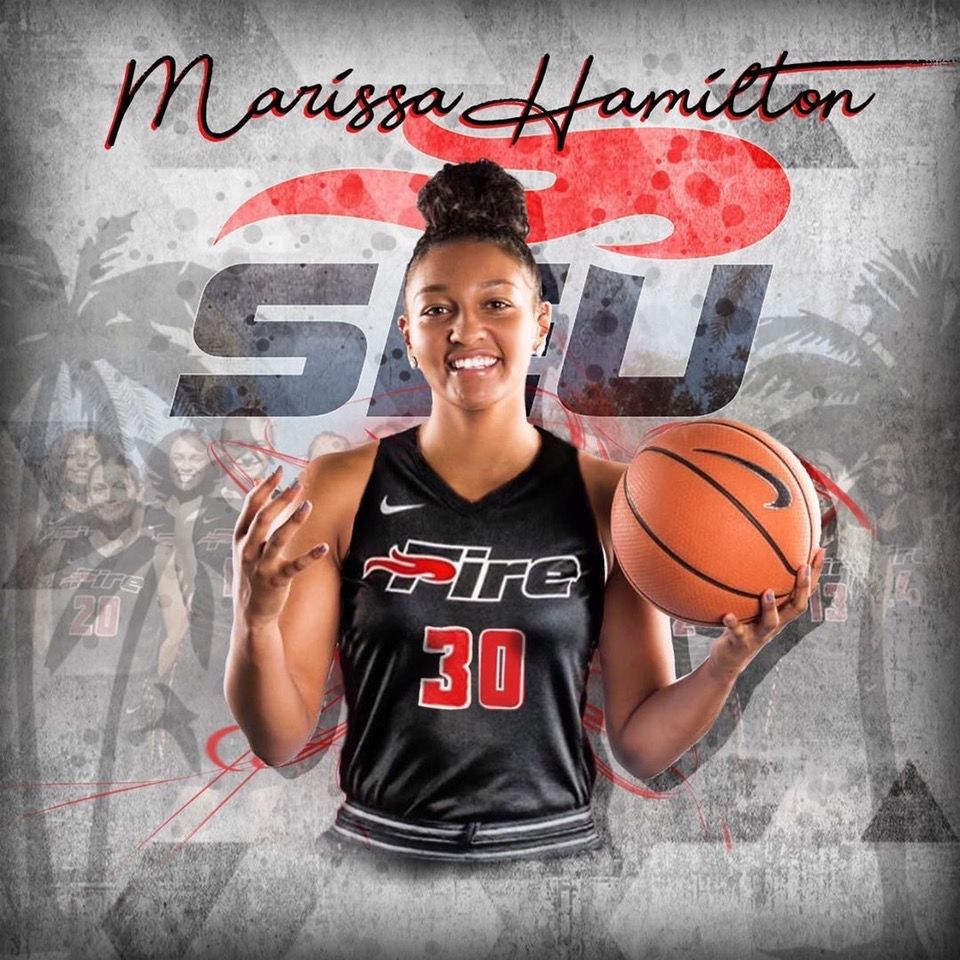 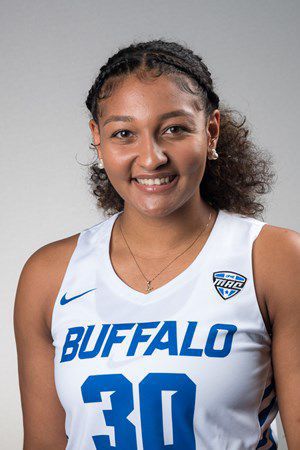 After three years of accomplishing the first goal, she’s hoping that changing schools before her senior year will bring her closer to the second. On Friday, the Ellicottville Central School graduate announced her plan to transfer from the University at Buffalo to Southeastern University, a National Association of Intercollegiate Athletics (NAIA) Division II school in Lakeland, Fla.

Hamilton felt she wasn’t likely to see the same playing time she did this year, as a junior, next year. She started 20 of 31 games, averaging 4.6 points and 3.8 rebounds.

“That’s my ultimate goal, always has been,” Hamilton said of playing overseas. “I felt at Buffalo this season I wasn’t going to be seeing the same amount of minutes that I did (last) season, so I didn’t really see how I was going to be able to develop a consistent stat line on this team at Buffalo.

“My role here was just different than what I wanted my college experience to be. So I feel like this new school is going to give me the opportunity to do that, and the coaching staff.”

By transferring from the NCAA to NAIA, Hamilton is eligible to play right away, and she said SEU offered her a full scholarship.

SEU went 27-3 this year, winning a first-round game in the NAIA Division II Championship before the cancelation of the tournament. Fourth-year coach Tim Hays came to SEU with NCAA Division I, Division II and professional coaching experience. Hays’ track record of getting players overseas was a draw for Hamilton.

“THE COACH used to be an overseas coach, so he has a lot of connections when it comes to that and like 80 percent of the people that leave there that want to go pro get pro, so he’s (set) on helping me develop as a player to get there and that was one of the biggest things for me,” Hamilton said.

Hamilton made it clear she still appreciates her time at Buffalo and her relationship with coach Felisha Legette-Jack and her staff.

“Spending my first three years here was definitely an experience,” she said “I got two (MAC Championship) rings out of being here; not everybody is as lucky as me, so I’m definitely thankful that I had the opportunity to play here just because of the success that I’ve had here. Having two rings under my belt is something to be so proud of and I’m so thankful that I was able to be on the team for that … being able to know that I can play at this level, prove that I can do well here …

She added: “I’m so thankful for everything Coach Jack has done for me thus far and we still have a great relationship whether I was transferring or not and she’s been very helpful in the process as well.”

IN FACT, she even asked Jack for her opinion of Hays and Southeastern after her initial conversation with him. Transferring during the COVID-19 pandemic complicated the recruiting process, as NCAA rules currently forbid travel or meeting in person. She made the decision based on phone calls and a “virtual tour.”

“I was late with the whole putting my name in the transfer portal … in the sense that the quiet period was coming up where coaches aren’t allowed to talk to athletes, so I did it about a week in advance of that,” Hamilton said. “Also there was a big issue with whether the rule about being able to play right away was going to be passed or not. Those two factors weighing in on the fact that I wasn’t able to go and visit was very hard just because I’m coming from a family atmosphere and a community feel, so I definitely want to go to another school that feels like that and how else are you going to get that without being on campus?”

But after two days full of coaching calls, Hamilton spent two hours on the phone with Hays and felt sold on SEU.

“I hadn’t spent any time like that with any other coach, but it didn’t even feel like two hours to me,” she said. “That’s just how comfortable I was speaking with him. He was really saying all the right things, so when that happened I was like, ‘Oh my gosh, I’m too excited, I’ve got to get a second opinion, someone that’s going to be honest.’ So I had him call Coach Jack just to get her side of it.

“She’s always been very honest with me in any part of my life, so I value her opinion and she didn’t have anything negative to say about him and the situation in general. She told me she thinks it’s a really good fit for my future. So just talking with my family and everything, I feel like it’s going to be a great place.”

HAMILTON aspires to be an x-ray technician after her playing career, majoring in health and human services at Buffalo. She’s still in Buffalo, with an off-campus lease and training by running a nearby track and stairs. If she can play professionally, she would be following in the footsteps of her father, former St. Bonaventure player Kenrick Hamilton.

But she credits her mother, Tammy, for keeping her motivated to succeed in sports.

“I don’t really have a relationship with my father,” she said, “but just knowing that somebody from my family went overseas, played Division I basketball, was definitely always something that I kept in mind.

“I always wanted to go to a school where I was going to have my schooling paid for. That was my main goal, so he put the idea in my head, because coming from where I come from it’s kind of unheard of to get something like that, a full scholarship. Just getting that in my head, I guess he had a big part to do with it, but my mom has always pushed me to play sports because I was so good at them.”