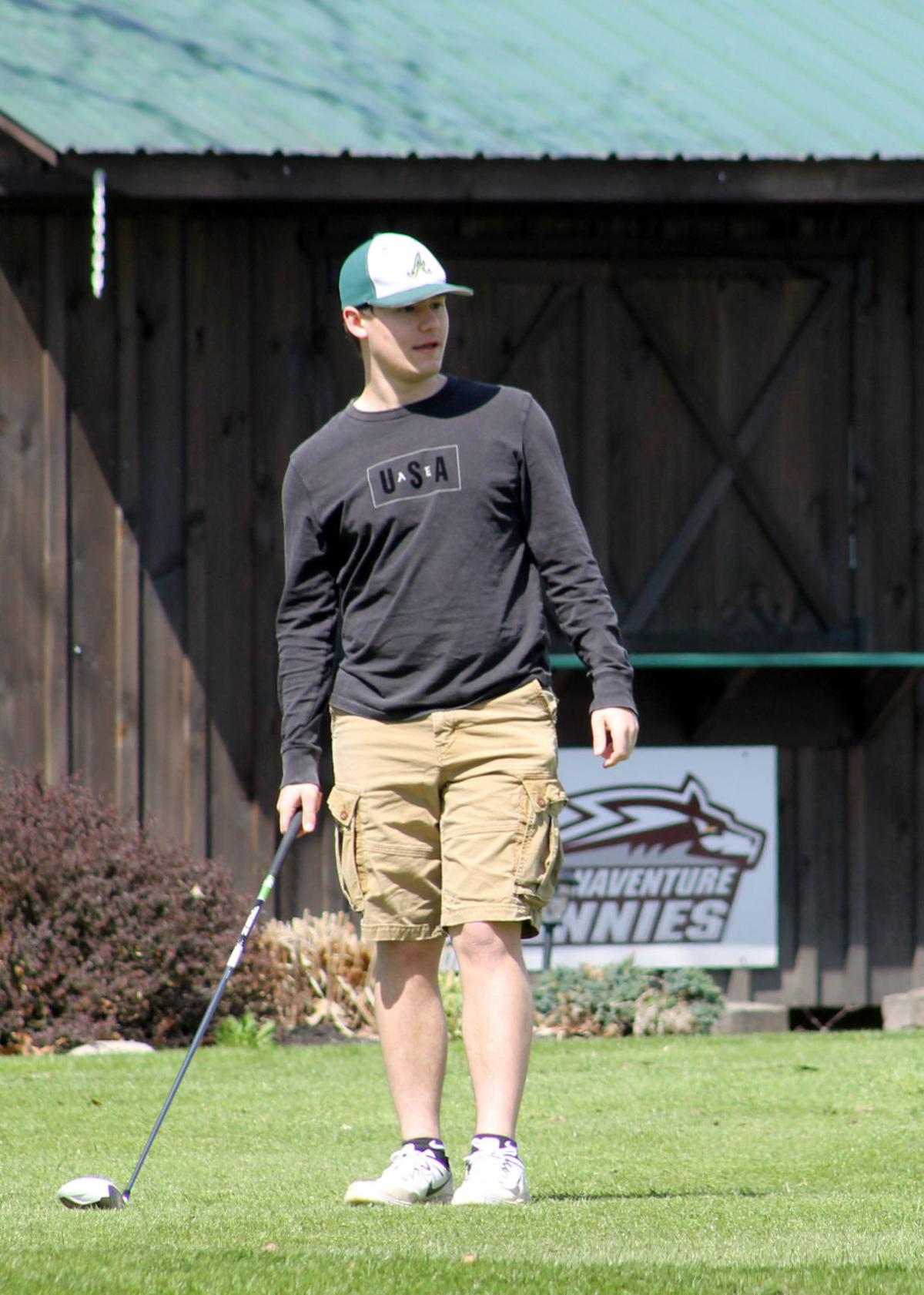 Golfers were out and keeping their social distance on a cold but sunny morning Thursday at the St. Bonaventure Golf Course Allegany. 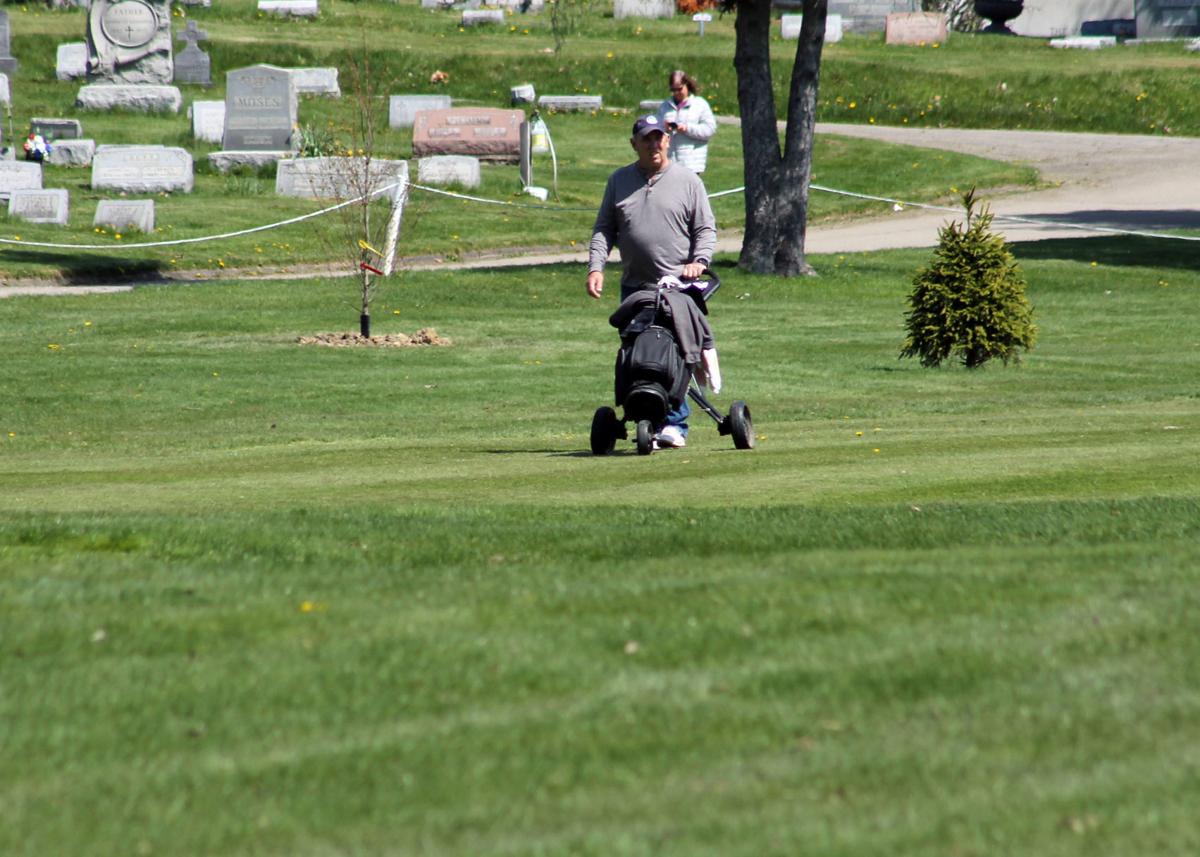 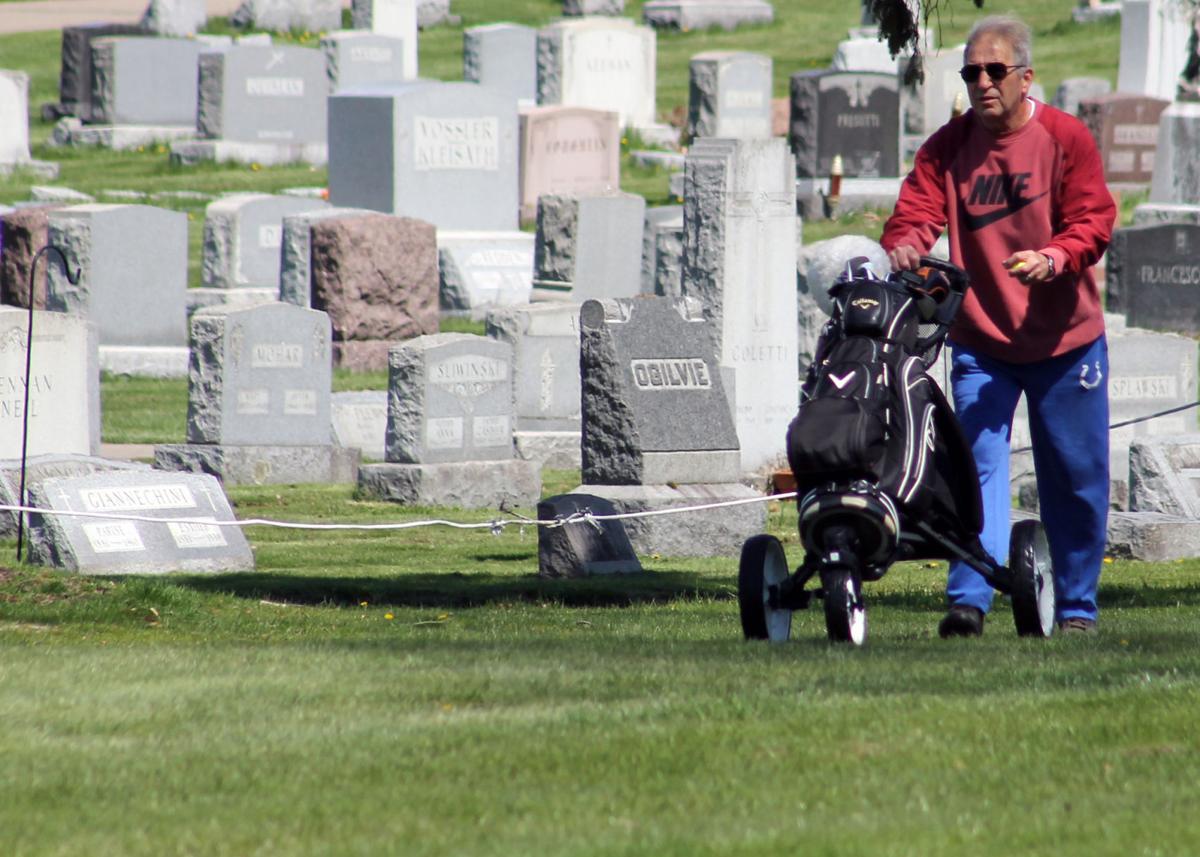 Golfers were out and keeping their social distance on a cold but sunny morning Thursday at the St. Bonaventure Golf Course Allegany.

With some restrictions, golf is back in New York and Pennsylvania.

But while area golf pros and other course officials noticed their members following the social distancing guidelines now in place, not all players have felt comfortable returning to the links just yet.

Club facilities including clubhouses, pro shops and restrooms are all closed, as golf remains a “non-essential” business in New York, but clubs can still employ small security and groundskeeping crews to allow golfers to walk the courses. Cattaraugus County has maintained that courses can’t rent motorized golf carts, though other counties have interpreted state orders differently. Other measures include removing hole pins and filling holes with styrofoam to eliminate touch points.

“Strictly from the standpoint of rounds of golf, we’re probably down,” Tate said. “But I think it was just a matter of us getting the OK to open, because we’ve seen a tremendous amount of memberships come in over the last week. Once people got the word that OK, we can go out and play, then they sent their memberships or dropped their memberships and went out. There’s no doubt we’re behind last year’s numbers, but obviously that is going to happen anywhere, but I think we’ll more than make up for it.”

TATE SAID Bona keeps a head ranger near the first tee, who makes sure golfers don’t group together too closely. Many wear masks to the course, but they aren’t mandatory and once the round begins and golfers spread out, the masks usually come off.

“It has been tremendous as far as the people paying attention to the social distancing and the masks and that type of thing,” Tate said. “The number of golfers has been really good when the weather has been conducive to golfing. We’ve only had two or three good days in the last week, maybe four, but those four days have been very nice.

“It’s good to see the members coming back. We are currently under a no-cart situation. I have heard some rumblings today about maybe some changes to that mandate, but I haven’t gotten confirmation on it yet. So we are strictly walking at this point in time, which is really good to see these guys out here walking … they’re glad to be back and we’re glad to have them back.”

COURSE officials in the area lauded the Cattaraugus County Health Department for its guidance, in particular from Environmental Health Director Eric Wohlers.

“I think a lot of the clubs in our area are doing a good job of that because they don’t want to see it end,” said Greg Kaye, co-owner and golf pro at Birch Run Golf Club in Allegany. “So the members and the guests both have been doing a good job of following the guidelines and the rules set forth and certainly it’s going pretty well.

“(Wohlers has) done a fantastic job as far as we’re concerned, as far as clarifying what we can and can’t do. He and his team have been outstanding in taking into account our little golf course and the golf courses in the area, so we very much appreciate the work that the county government has been doing.”

Kaye said Birch Run opened about three weeks ago to members and guests.

“Play’s been OK, but it certainly has affected a lot of the senior players who don’t want to come out and expose themselves,” he said, “even though it is proven very easy to have the social distancing on the golf course: Six feet on a golf course is very easy and attainable. There’s mandates and restrictions and guidelines that we have to follow as far as currently we’re not allowed to let anybody in the clubhouse at all. Basically you’re talking about parking, playing and then leaving the facility. So there’s really no chance to get too close.”

KAYE, who owns the course with his brother Danny, said Birch Run is doing “about 25% of our normal business,” which he considered “pretty good” given the circumstances.

“We’re very appreciative of all the support that we have gotten from our membership especially,” he said. “A lot of them are still paying their dues and they’re not getting out to play just yet, which the weather hasn’t been that great either.”

But he hopes they can bring back more employees soon.

“One of the biggest worries we have is for our employees — we’re not able to bring back our employees who depend on us to provide them a living,” Kaye said. “So we feel horrible that we can’t bring our employees back, but hopefully that’ll change soon, and I think it will and we’ll get back to normal.”

“Our front nine is flat, so we have a lot of walkers go there and our back nine is hilly so we don’t have a lot of players play the back,” Carney said.

“It’s been a pretty not-good weather start. The members are very appreciative, related to the COVID-19, but basically our hands are tied. We are very, very limited in what we can do and our members, because we’ve had so much cold or rain, there’s only been a few days until just lately. Now they’re coming out just to get exercise, playing nine holes. Everybody’s happy it’s going to open up here.”

Carney called the pandemic’s effect on the course’s business “a bit of an unknown,” citing that regional resorts usually do better in downturns with fewer people taking vacations.

“The one challenge that we’ll have more than most is we have a pretty strong number of Canadian players that come here and who knows when the Canadian border’s even going to open,” he said. “So that’ll definitely hurt us a bit. But once we get going, the first month will be a little odd and then I think we’ll get right back at it.”

ANOTHER point of guidance could come from the Allied Golf Associations’ (including the PGA, USGA and LPGA) “Back2Golf” guidelines, which proposes three phases for returning to normal play around the country. Currently, though, with courses still considered non-essential in New York, the state is not yet in the first phase.

“Because we’re in such a shutdown, we’re still in a pause, we’re not even in Phase 1 on that, because we’re not allowing carts, not allowing employees at the clubs,” Elkdale Country Club head pro Jack Widger said. “But it’s an interesting read and it really shows how careful the Allied Golf Associations want to be. They want to open back up, but they want to (do it) responsibly and carefully and make sure that we’re part of the solution and not part of the problem.”

Elkdale has only allowed member golfers so far to walk the course.

“At this point, it’s not about economics and how we’re doing business-wise,” Widger said “It’s really about the safety of our employees and the safety of the community. We want to be part of the solution and not part of the problem when we open back up. We want to help negate this virus and not cause more problems. We’re just going to follow what the local health department says and if they allow us to slowly open back up, we’ll do it.”