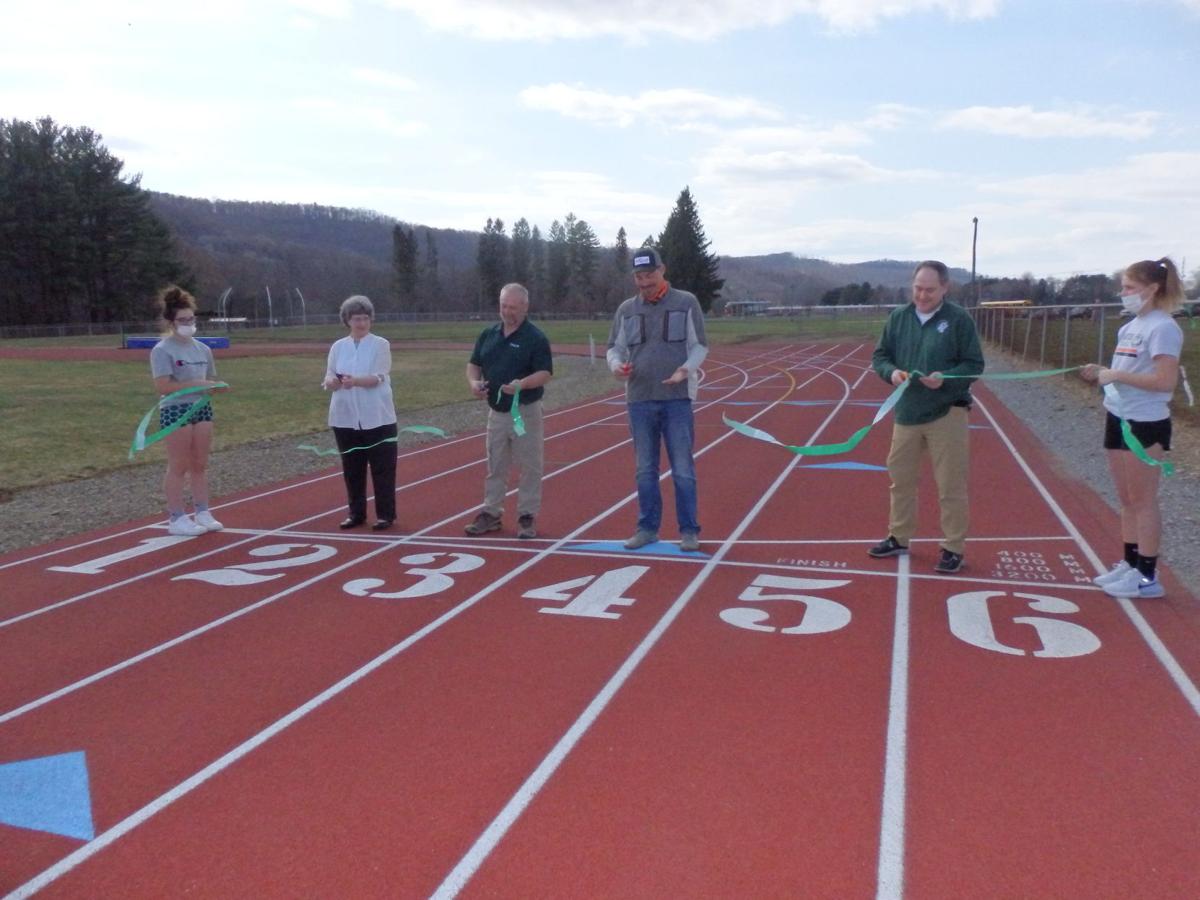 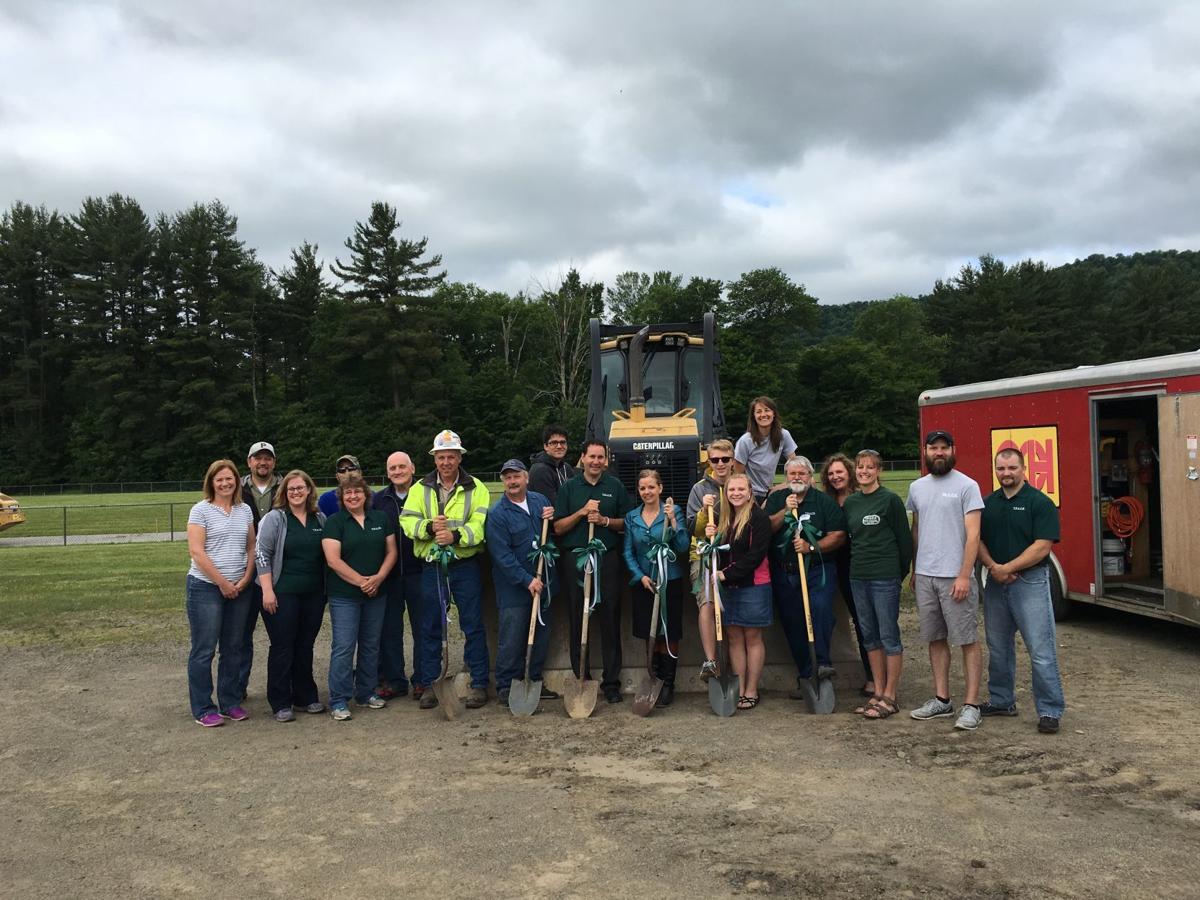 In this 2016 file photo, Oswayo Valley High School and T.R.A.C.K. officials officially break ground on Phase I of the school’s $550,000 project for a new track.

In this 2016 file photo, Oswayo Valley High School and T.R.A.C.K. officials officially break ground on Phase I of the school’s $550,000 project for a new track.

SHINGLEHOUSE, Pa. — When the ceremonial ribbon was cut prior to the first track and field meet at Oswayo Valley’s new surface on Tuesday, Bruce Kemp and the rest of the Shinglehouse community couldn’t help but feel gratitude.

OV’s home-opener against Port Allegany was the culmination of a long and grueling process that began in 2007 and ended with the small District 9 community coming together to accomplish something that, at one time, seemed far-fetched.

“It was just real festive,” Kemp said, regarding the atmosphere during Tuesday’s meet. “People were happy to be able to check it off and be like, ‘Hey, it’s done,’ because I think a lot of us never thought it was going to happen.”

Kemp said the process began over a decade ago when some of the school’s track athletes, who were helping with a fundraiser and competed at the PIAA state meet, asked if any of the money they were raising could be put towards a new track.

The former 15-year OV track coach eventually helped found and became president of T.R.A.C.K. (Together Rebuilding: Alumni, Community & Kids), who made it their goal to raise the required funds to build the new track.

“They really had no idea what they were biting off,” OV athletic director Bill Howard said. “They fought through bureaucratic red tape, naysayers and people that just didn’t want to see the project succeed. However, they were visionaries. They had work ethic and ideals that helped them through difficult times when some wanted to give up.”

OV’s previous track, nicknamed “kitty litter,” wasn’t one that opposing schools eagerly wanted to visit, so the program would compete at meets mostly on the road.

“Nobody wanted to come here other than the teams that had other facilities that were similar,” Kemp said. “It wasn’t very usable at all.”

Over the years, the community was able to help raise over $500,000 for the new track to be constructed. The money was brought in numerous ways such as donations, fundraisers, raffle tickets and grants from the Norton Trust and the school itself.

“If you had said the community could come together to raise a half-million dollars for this, I don’t know if I would’ve agreed with that statement,” Kemp said.

“It was amazing the way the community got behind it and kept donating. Obviously, we got a couple of grants from Norton, that was huge. And the school ended up putting the final nail in the coffin by being willing to put I think around $50,000 to finish it off.”

The new track was completed back in June and since then, Kemp, who teaches biology and chemistry at OV, has seen it be put to good use daily by members of the school’s cross country and track and field teams, as well as residents in the community.

Tuesday was an example of just that when two women, who have been frequently walking on the track, waited for the OV-Port meet to conclude so that they could get their turn on the track.

“When the weather’s good, there are people out there every day right now using it at different times,” Kemp said. “Kids can qualify for districts, (the track’s) not so slow that it hurts their chances, so coaches are all for it.”

The track is now something the community can not only utilize almost every day but one that serves as a reminder of the longstanding effort they gave to see the project come to fruition without using taxpayer money.

“There’s no way, with our enrollment and our budget, that the funding for a new track would have ever passed … Oswayo Valley is a prime example of what is happening in the small towns in Pennsylvania. There’s very little industry to draw new families, new life blood, into the area. The tax base is low and makes it difficult to increase revenue,” Howard said.

“This school district and this community needed something like the completion of the track renovation project. It has become a source of pride for both.”

Many people had a hand in the new track transitioning from an idea to a reality.

And that story can serve as an inspiration to other small communities that any addition such as a new track can be made possible if the community comes together and persists.

“I think it just gives us some class and it’s something to be proud of that the community came together to get it done,” Kemp said. “It was really a small core of people that just wouldn’t give up and kept driving at it to get it done and they did.”

(Patrick Kotnik, a Bradford Era sportswriter, can be reached at pkotnik@bradfordera.com)