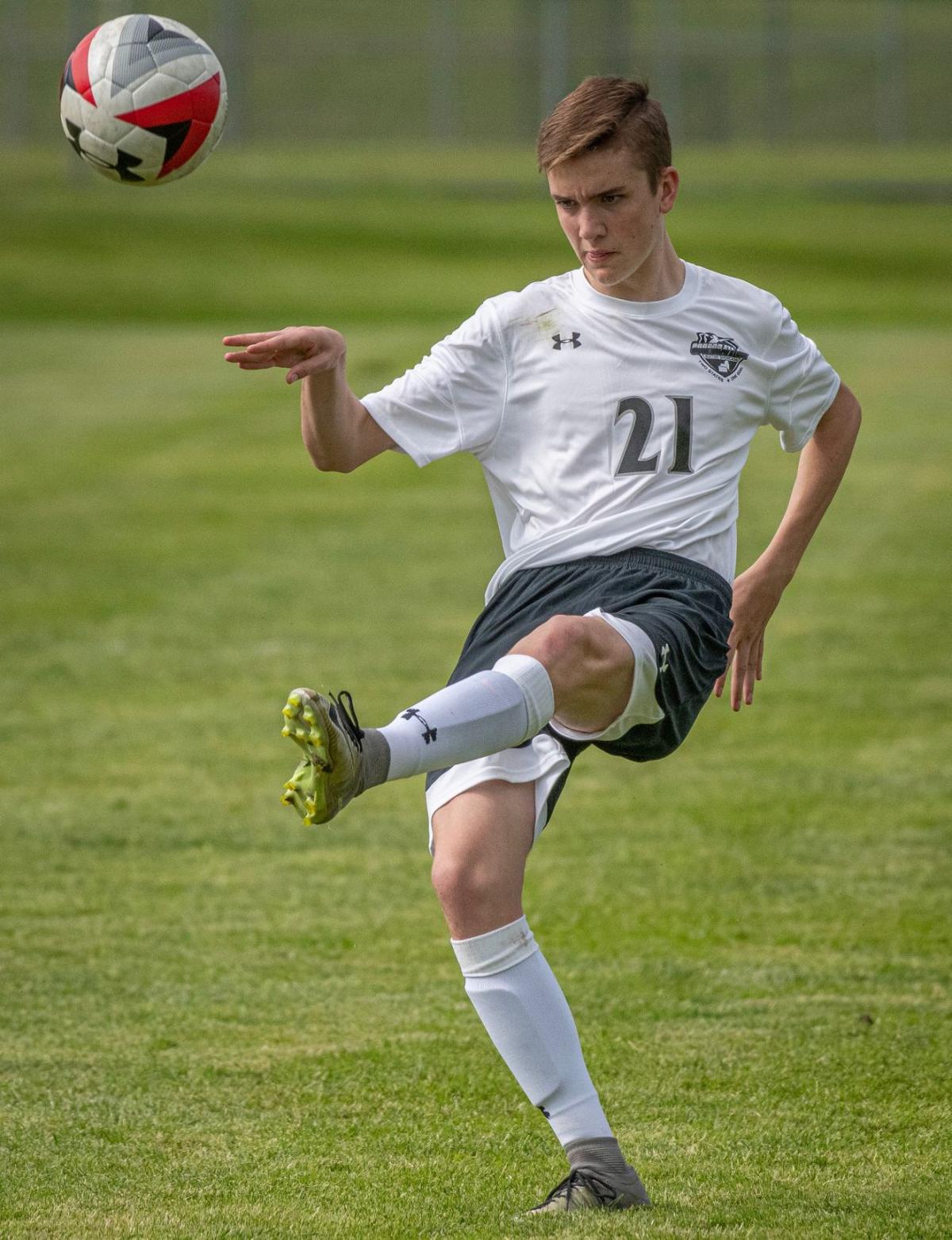 New York’s Jack Snyder kicks the ball towards the net during the NY/PA Corporate Cup Soccer Showcase boys game on May 18, 2019, in Bradford, Pa. 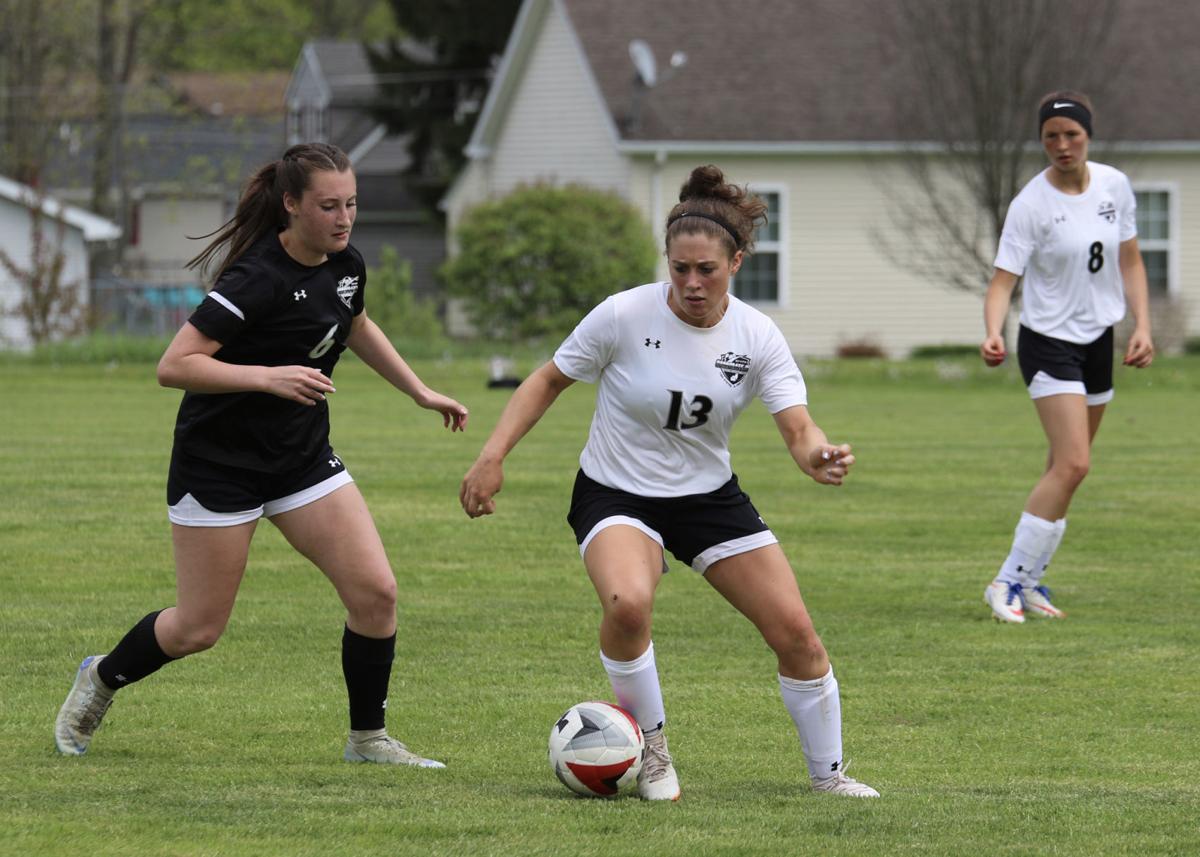 New York’s Karly Welty (13) looks to get by Pennsylvania’s Chloe Shaw (6) during the NY/PA Corporate Cup Soccer Showcase girls game on May 18, 2019, in Bradford, Pa.

New York’s Jack Snyder kicks the ball towards the net during the NY/PA Corporate Cup Soccer Showcase boys game on May 18, 2019, in Bradford, Pa.

New York’s Karly Welty (13) looks to get by Pennsylvania’s Chloe Shaw (6) during the NY/PA Corporate Cup Soccer Showcase girls game on May 18, 2019, in Bradford, Pa.

OLEAN — In the face of blanket cancelations and lost seasons, Kris Linderman, from the beginning, was determined to avoid a similar fate.

His event would be played only when it was safe, under state guidelines, to do so, it would be staged much later in the summer and it would look significantly different than it has in the past.

But it would be played, he believed.

The fourth annual New York/Pennsylvania Corporate Cup Soccer Showcase, which had been postponed from its original date of May 17, has been rescheduled for Aug. 2 at Bradner Stadium, Linderman said in a release Wednesday. The boys game is set for 4 p.m. while the girls contest will follow at 7 p.m.

Given that Western New York is now into the green phase of the reopening process, “the City of Olean has approved our request to have Bradner Stadium be the home of the 2020 NY/PA Corporate Cup Soccer Showcase,” Linderman said. “All guidelines for sports and recreation during the COVID-19 public health emergency will be followed.”

THE CORPORATE Cup announcement marks the first significant step toward the return of high school athletics in WNY. Indeed, if played as scheduled, the game, which pits the top local players in New York against those from Pennsylvania, will be the first official HS team sport played on the New York side of the Big 30 border since Olean High topped Allegany-Limestone at the buzzer in the boys’ Section 6 Class B state qualifier on March 10.

The news came on the same day that Jamestown Community College canceled its fall intercollegiate athletics season, which was going to include the resumption of sports at the Olean campus with a cross country team, due to continued concerns about the coronavirus pandemic.

It happened on the same afternoon that the coming Bona basketball season felt its first impact of COVID-19, as the Ivy League pushed back the start of its winter campaign until at least Jan. 1, effectively canceling the Bonnies’ reported home game with Yale. And it came 10 days after the summer’s other premier local high school event, the Big 30 All-Star Charities Classic football game, also scheduled for the first week of August, was wiped out for the first time in its 46-year history.

THE ANSWER to why the Soccer Showcase will still be held, but the All-Star Charities Classic was canceled, aside from logistics surrounding the latter’s practices, comes down to risk, Linderman maintained.

He added: “We are very excited to be able to hold this event this year and do so in a safe environment which conforms to applicable restrictions and standards. The players are excited to play as well.”

In April, Linderman said that he hoped to still stage the game, back in New York for the first time since the inaugural showcase in 2017 after two years at Pitt-Bradford, but “it won’t be like in the past years where there are 1,000 people there to watch and (for) youth players to join you for the walkout.”

Here are some of the guidelines and restrictions in place for this year’s event:

— Crowd restrictions will apply. Currently, players can bring up to two spectators for the contests (this number could increase between now and Aug. 2).

— Spectators, coaches and any other non-players will be required to wear a face covering/mask when closer than six feet to any person.

— Social distancing rules will apply for any non-players.

— There will be one entrance point and one exit point for spectators and players at the stadium.

— Players will come dressed to play; no use of locker rooms will take place.

— Players will use separate water bottles; no central drinking location will be allowed.

— Players will have a designated area for bags, and at that location proper spacing of bags will take place.

— If any person’s temperature is above 100.4 degrees or he/she exhibits symptoms such as fever, dry cough or shortness of breath prior to arrival, that person will not be allowed to enter.

— In lieu of a concession stand, a food truck will be located in the stadium parking lot, where proper social distancing must be followed.

— Signage will be posted consistent with the Department of Health (DOH) COVID-19 signage.

— Proper social distancing will be followed by players when not in the game.

— Disposable face masks, rubber gloves, hand sanitizer or other cleaners will be made available for those that want or need them.