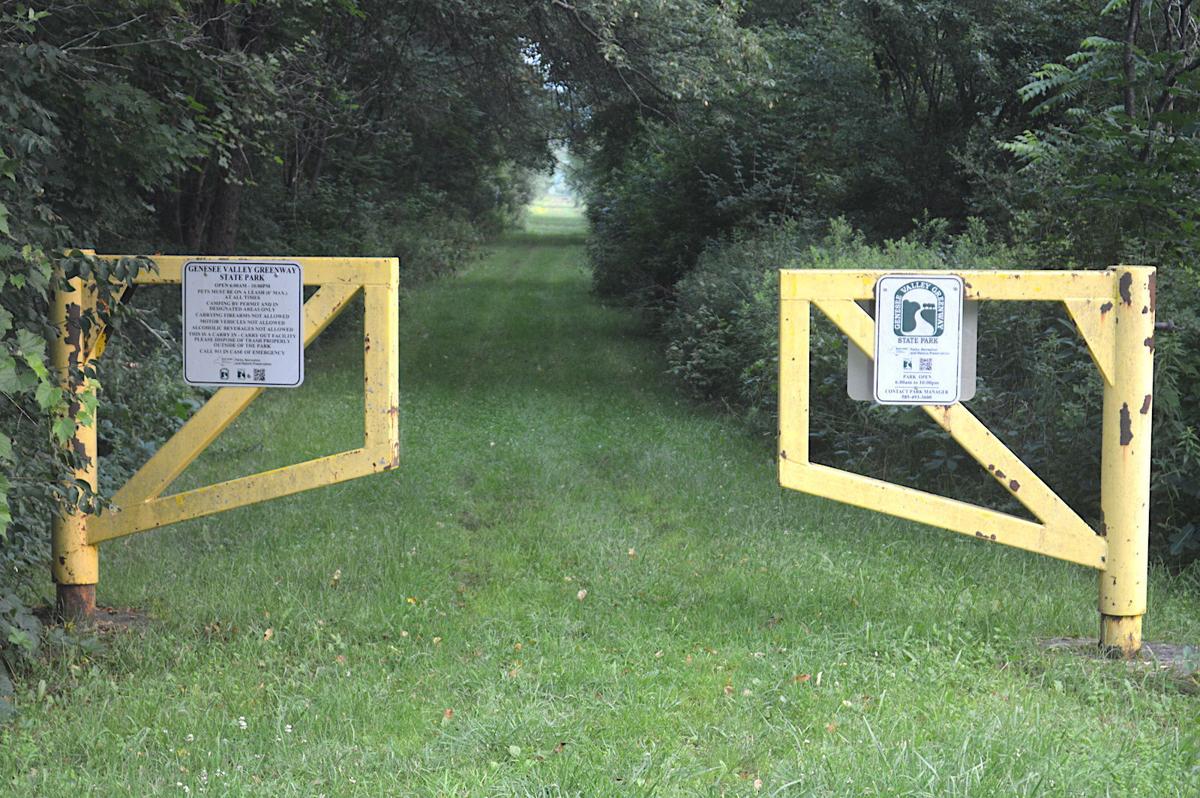 Gates to the Greenway Trail State Park can be seen along Route 19 and near the historic Barge Canal Warehouse in Belfast. 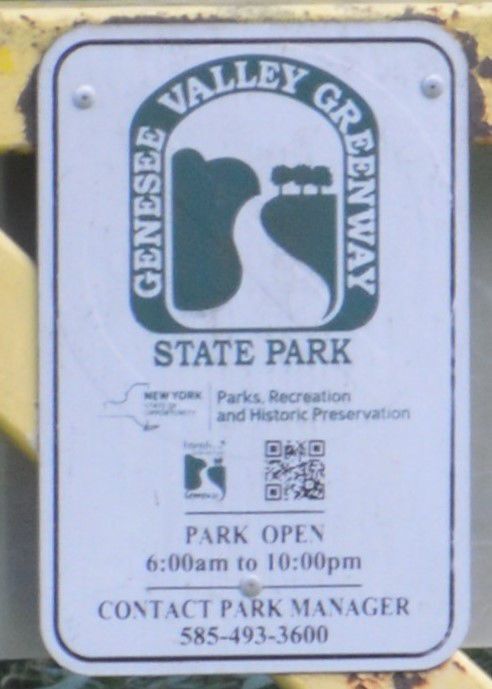 Gates to the Greenway Trail State Park can be seen along Route 19 and near the historic Barge Canal Warehouse in Belfast.

WELLSVILLE — At meetings in July concerning the Southern Genesee Local Waterfront Revitalization Plan, some participants bemoaned that there is no state park in Allegany County.

According to the state Department of Environmental Conservation’s Allegany County Unit Management Plan, there are 46,382 acres of state forest land from Caneadea to Willing in the county. Part of that land includes the Genesee Valley Greenway Trail — which was designated a state park in 2010.

There are no fees to enter this state park, but along its more than 30-mile course within the county there are restaurants, facilities for camping and lodging, historical sites and plenty of flora and fauna. The entire trail is described on state websites as a 90-mile, open-space corridor that follows the route of the old Genesee Valley Canal and the Pennsylvania Railroad Rochester branch, from the Erie Canalway Trail in Rochester’s Genesee Valley Park to the Village of Cuba.

Development of the trail, which enters the county at Rossburg and exits the county west of the village of Cuba, began in the 1990s when RG&E was approached about selling some of its land as a way of reusing mostly abandoned railbeds. By 1998 construction and renovation was underway.

Described as a “tunnel of green,” the Greenway Trail State Park is a public, multi-use trail that is straight and level and consists of surfaces that are cinders, gravel and mowed grass as it passes through woodlands, wetlands, river and stream valley, farmland, steep gorges and through villages and towns. It can be used for biking, horseback riding, fishing, hiking, cross-country skiing and snowshoeing and snowmobiling in designated areas.

The Paley Center for Media Presents PaleyImpact: The Role of Entertainment and Social Media in Combating Antisemitism

Markers along the trail within the county designate historical sites such as the Belfast Barge Canal Warehouse, locks and a Barge Canal culvert in Black Creek.

The observant may also catch sight of a variety of wildlife from squirrels, chipmunks and woodchuck to fox and deer.

The Greenway Trail State Park connects to the Genesee River Trail, Finger Lakes Trail, Erie Canal Recreation Way, the Erie Attica Trail and the Lehigh Valley Trail. Plans for the Greenway include extending it to Allegheny State Park in Cattaraugus County. At the River Revitalization meetings hopes were also expressed to connect the trail to the 9-mile WAG Trail in the southern part of the county and to eventually connect it to the Pine Creek Trail in Pennsylvania.

Gateways to the state park can be seen along state Route 19 and parking areas are designated. More information on the park can be found by accessing its website or Facebook page or by going to https://parks.ny.gov/parks.