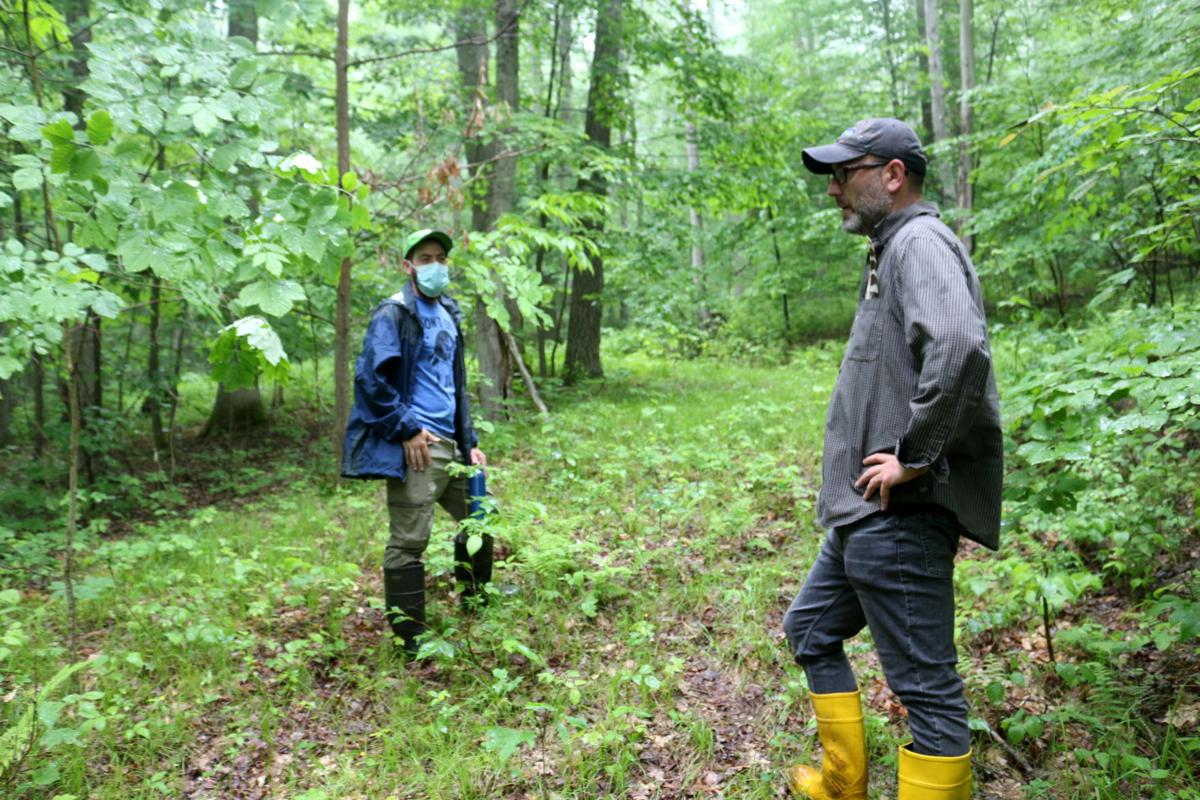 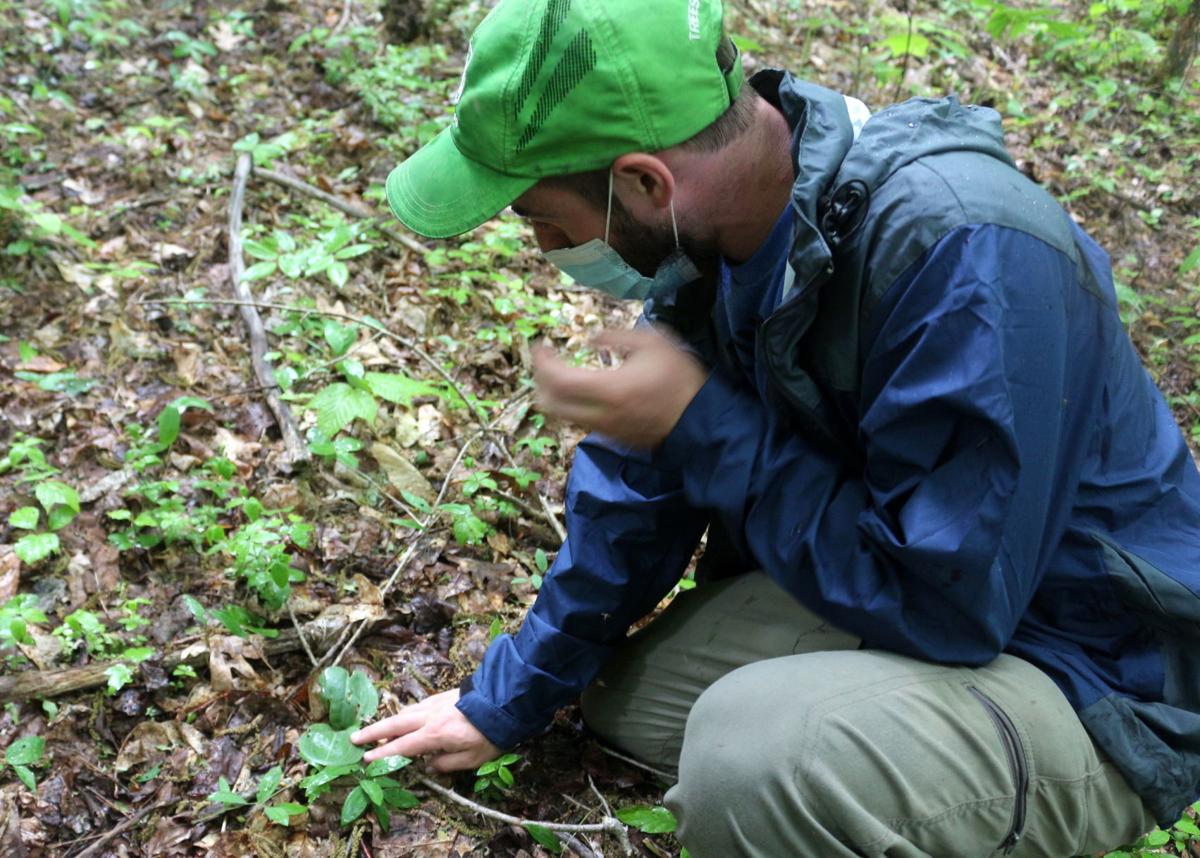 Western New York Land Conservancy naturalist Erik Danielson examines an orchid that may be a rare Hooker’s orchid on property in South Valley the group is seeking to buy. 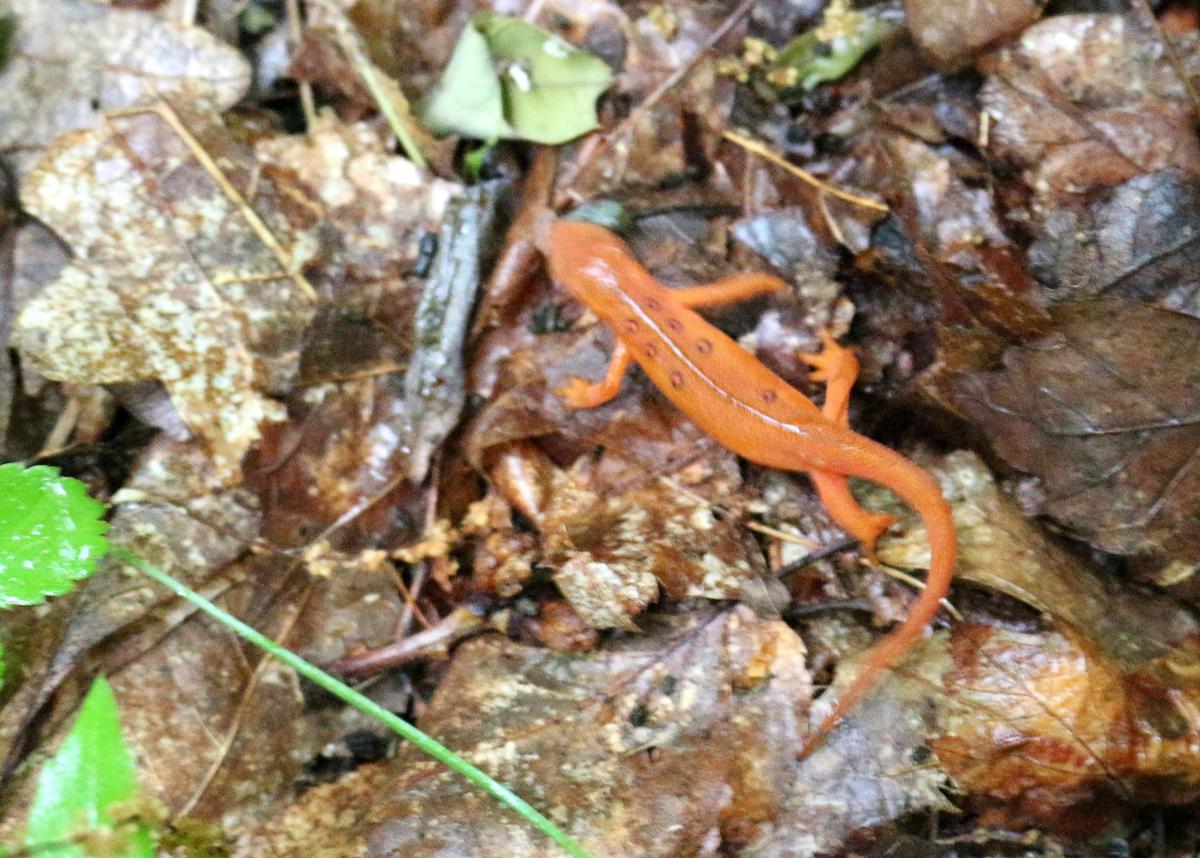 This red-spotted newt was one of many seen on a tour of a 200-acre forest the Western New York Land Conservancy is seeking to buy and add to its Allegany Wildway. 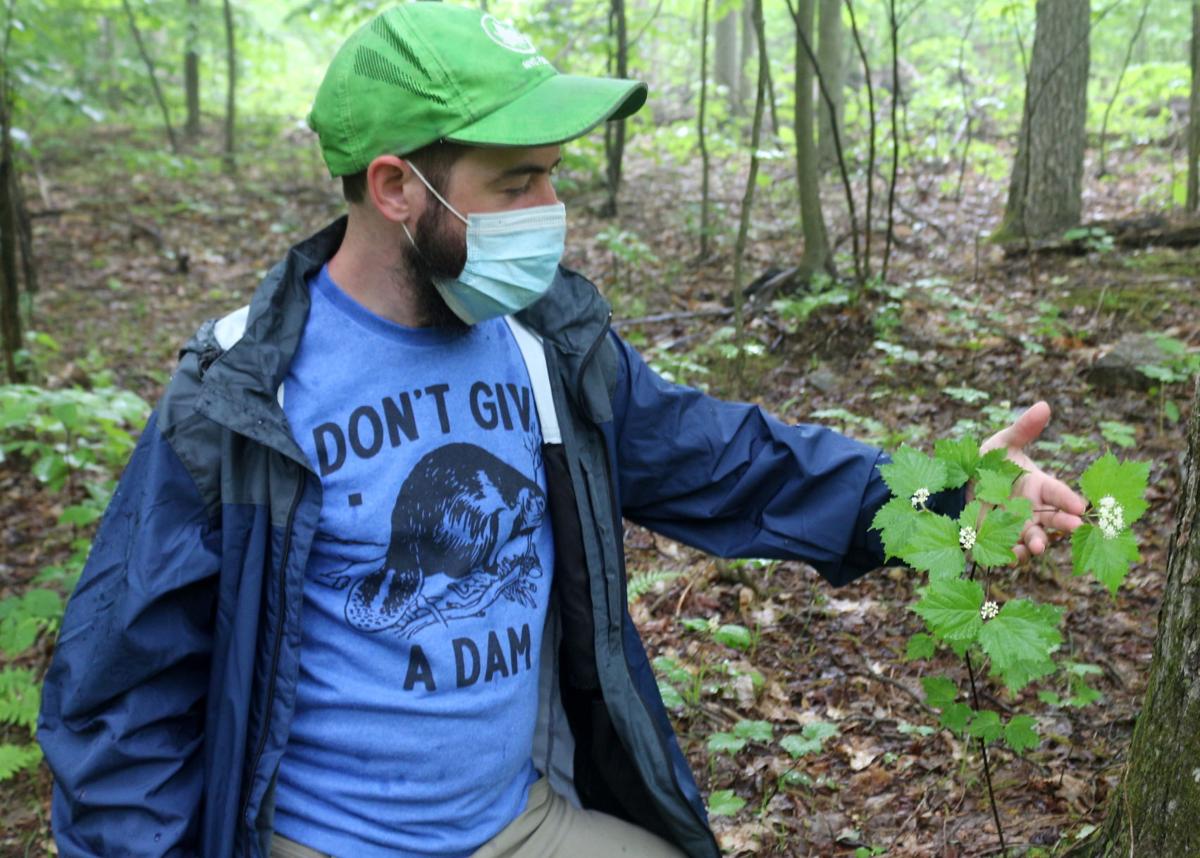 WNY Land Conservancy naturalist Erik Danielson holds a maple-leaf viburnum which was growing on a 200-acre property in South Valley the group hopes to purchase and maintain.

Western New York Land Conservancy naturalist Erik Danielson examines an orchid that may be a rare Hooker’s orchid on property in South Valley the group is seeking to buy.

This red-spotted newt was one of many seen on a tour of a 200-acre forest the Western New York Land Conservancy is seeking to buy and add to its Allegany Wildway.

WNY Land Conservancy naturalist Erik Danielson holds a maple-leaf viburnum which was growing on a 200-acre property in South Valley the group hopes to purchase and maintain.

ONOVILLE — The Western New York Land Conservancy is raising funds to purchase a 200-acre forest in the town of South Valley it calls the Allegany Wildlands.

Located just off the Allegheny Reservoir between Allegany State Park and the South Valley State Forest, the parcel is an unglaciated section of the Allegheny Plateau the Land Conservancy calls “extremely rare landscape in New York State.”

In addition, it is one of the few locations outside Zoar Valley in the county where the American chestnut tree — virtually wiped out by blight in the early 1900s — is known to be growing.

The Land Conservancy is raising funds to buy the property from the family which has owned it for over a century, before the chestnut blight overran the region. The nonprofit hopes to to raise $879,000 by Dec. 31 to buy and maintain the property.

“It has a history of logging, but was never clear-cut,” Danielson said, walking up an old logging road.

There’s a diverse plant community that includes rare orchids and a threatened fern he’s located on his visits to the property where he is mapping it and trying to make an inventory of rare and endangered plants.

Danielson found a 50-foot chestnut tree, and several smaller ones that have grown up in the ancient forest unaffected by the blight that lingers in the soil. Much of the forest is oak. The forest is also part of what the Land Conservancy calls part of a globally significant important bird area.

Danielson pointed to signs of black bear and said bobcat roam the ridges and ravines on the property.

Semmel noted the family selling the property would like to keep the forest intact. Developers, however, would love to have the property to timber and subdivide for vacation homes overlooking the Allegheny Reservoir, he added.

“This is connected to Allegany State Park on the other side of the reservoir and is adjacent to the South Valley State Forest,” Semmel said. “It will be hooking into a couple hundred thousand acres” of wildlife habitat.

Danielson said the goal is to maintain corridors of connection for wildlife. The unglaciated Allegany oak forest is home to a wide variety of flora and fauna. Besides white oak, there are hickory and magnolia trees.

“We’re excited to have this forest and to open it to the public for hiking,” Semmel said.

While there are some invasive species along the web of logging roads on the hilly site, Danielson prefers looking for rare native plants that occupy the same ecosystem with other plants.

He thinks one orchid he found may be a Hooker’s orchid, named after the man who discovered it. It wasn’t flowering at the time, which would confirm its identity.

Orchids are “deer candy,” Danielson said. The increase in the state’s deer population coincides with the loss of orchids.

How did the property come to be on the Western New York Land Consevacny’s radar?

Conservation director Marisa Riggi keeps track of when large tracts of land the conservancy might be interested in come up for sale, Semmel said.

“She thought this was very promising,” he said.

In this case, it represents an opportunity to not only add to the Western New York Wildway, but also serves as part of a corridor connecting protected lands, Semmel added.

The conservancy is seeking state, federal and nonprofit grants, as well as private donors, to fund the purchase.

“This would be one of our farthest-flung properties,” Semmel said. “It’s nice to connect down here.”

The Land Conservancy sent out a newsletter on the Allegany Wild Lands, which includes a button to donate to the effort: https://www.wnylc.org/allegany-wildlands