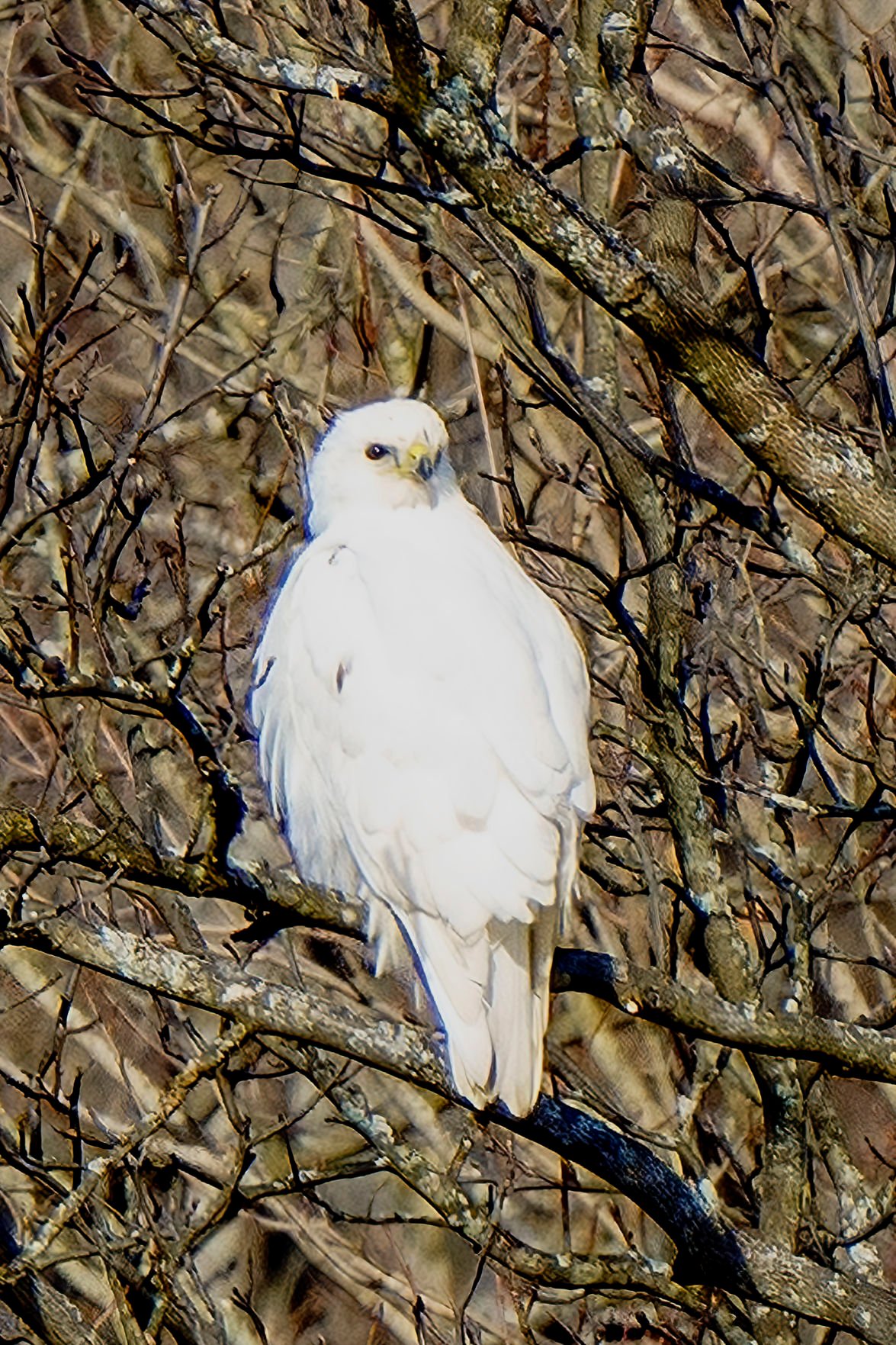 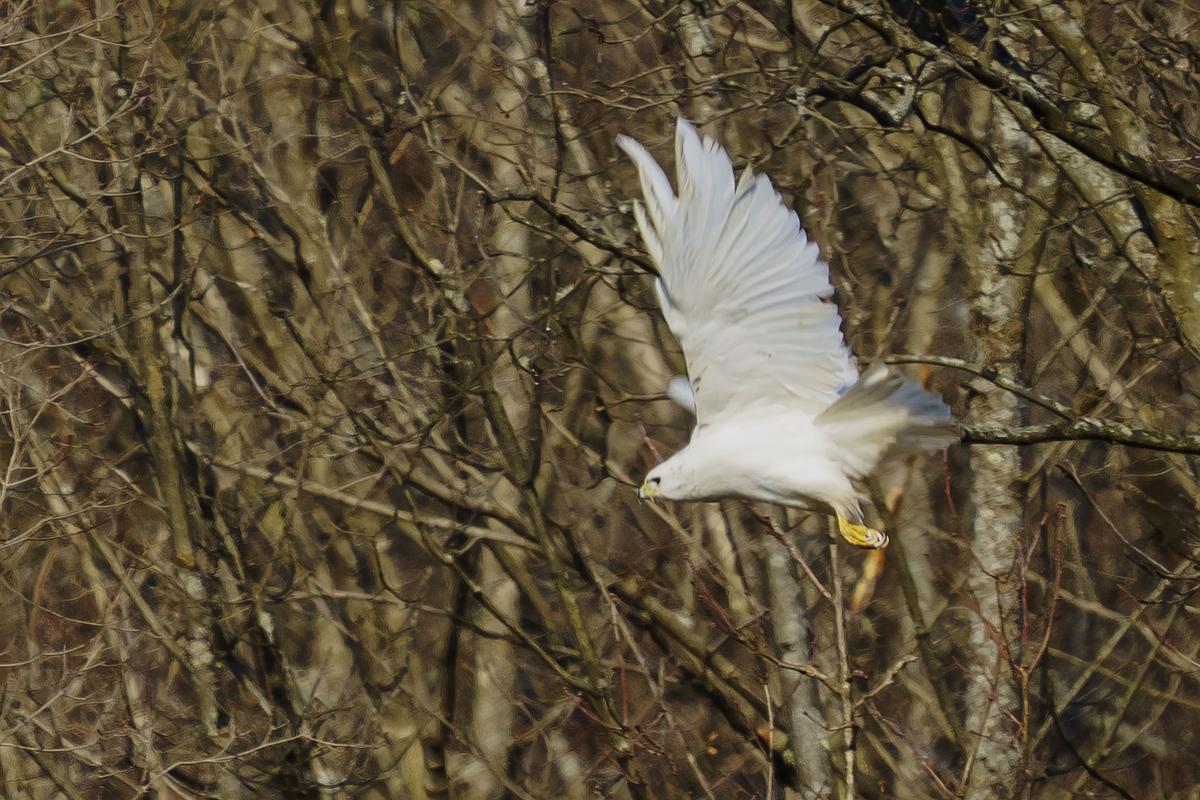 ALLEGANY — About a month ago, friends in Allegany told Dan Jordan of a large, all-white bird in the area. The photographer and raptor enthusiast had been diligently looking for the bird ever since.

“I told them, at the time, that it was probably either a snowy owl or a leucistic bird,” said Jordan, who has written extensively for the Times Herald this past year about American bald eagles in the area.

“We spotted the bird (Saturday) and photographed it for 30 minutes or so,” he said. “It is a leucistic red-tail hawk. These are not rare, but certainly are not common. I’ve never seen any leucistic bird, let alone a leucistic hawk.”

Leucism, Jordan says, is an abnormal plumage condition caused by a genetic mutation which prevents pigment from being deposited on a bird’s feathers. Leucism in birds ranges from pure white to mottled white plumage.

“Abinism and leucism are often confused, but albino birds have pink eyes and beaks and have extremely poor eyesight, whereas lecustic birds have normal eyesight and eye coloration,” Jordan said. “Albino birds seldom survive for very long due to their eyesight limitations.”

Partial leucism is often referred to as a piebald effect. Jordan points out that a piebald deer has frequently been seen on the St. Bonaventure University campus in recent years, and photos of it have been featured in the OTH.

The former Seneca Army Depot white deer herd, the largest in the world, consists of around 300 leucistic deer and about 400 pigmented (brown deer). This herd is fenced in the more than 10,000 acres of the former Army depot located between Seneca and Cayuga lakes.

This red-tail hawk has only a very few pigmented feathers so it is nearly all white. Its beak and feet are orange, although its talons are almost pure white, Jordan said.

“It is also a very large adult hawk,” he said. “It is definitely not an albino.”