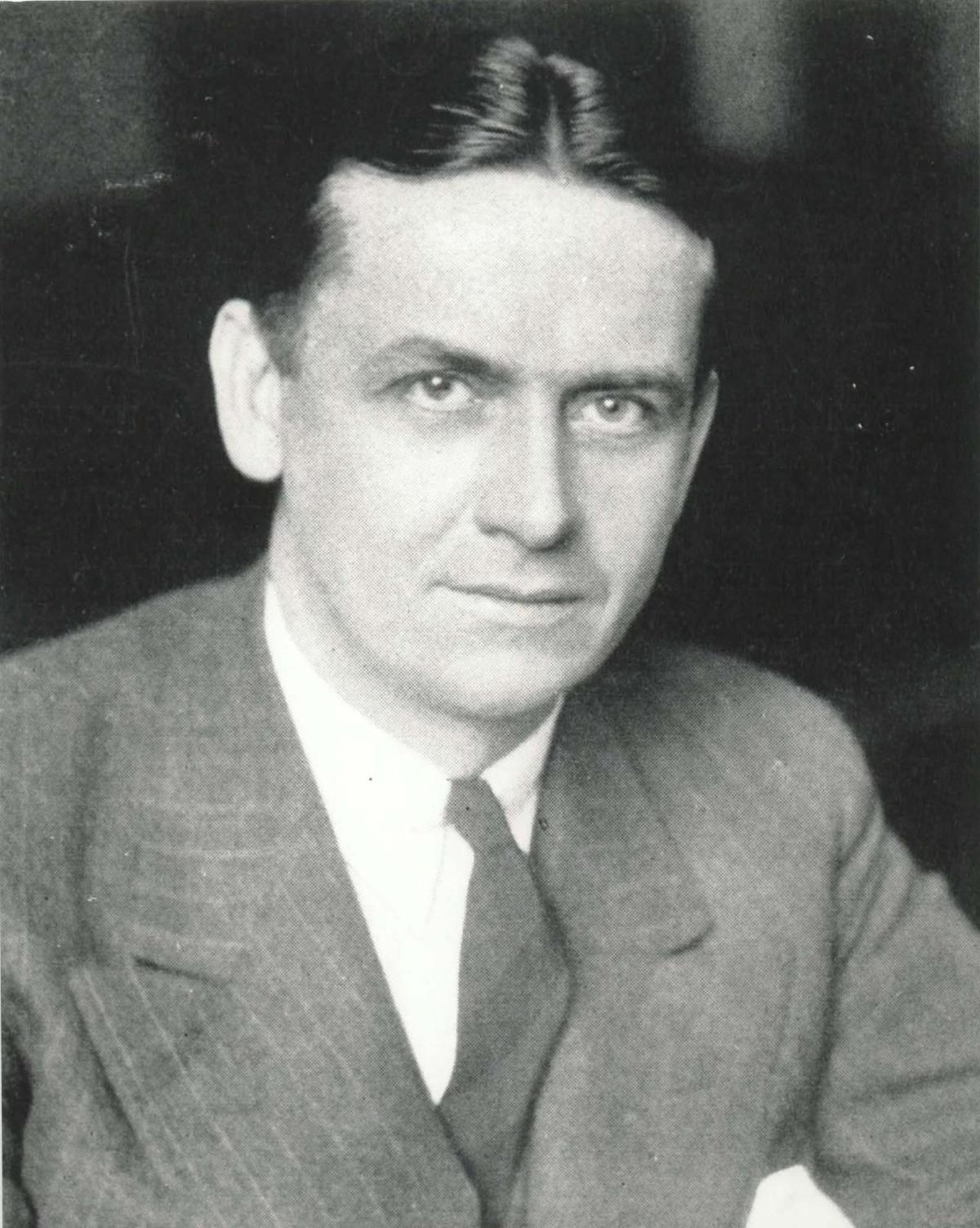 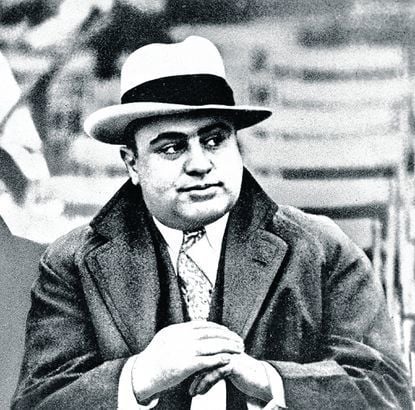 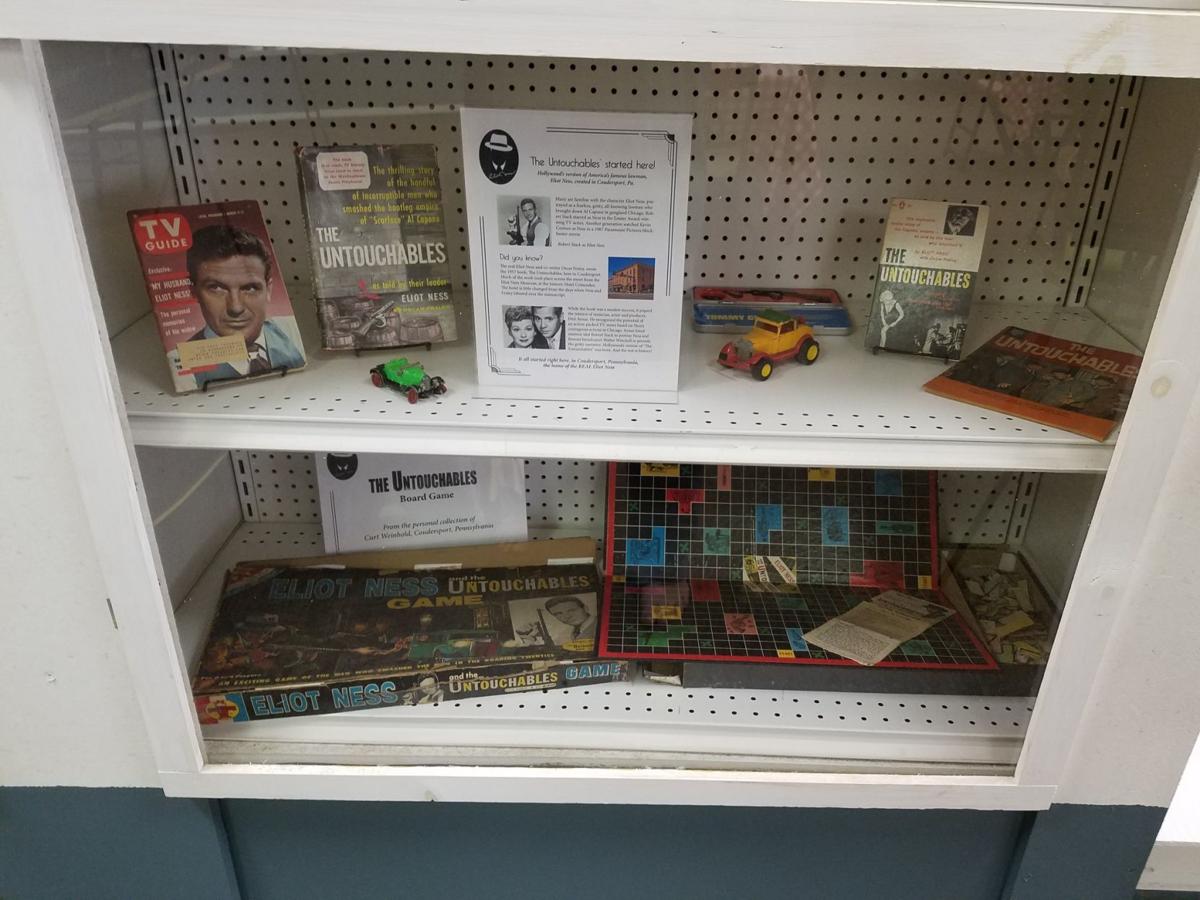 A display at the Eliot Ness Museum in Coudersport on “The Untouchables” television series, created by Desi Arnaz, most widely known for his starring role as Ricky Ricardo on the “I Love Lucy” show.

A display at the Eliot Ness Museum in Coudersport on “The Untouchables” television series, created by Desi Arnaz, most widely known for his starring role as Ricky Ricardo on the “I Love Lucy” show.

(Editor’s Note: Eliot Ness is well-known for being an integral part of taking down notorious gangster Al Capone back in the Prohibition era, as well as for his work reforming law enforcement and tackling crime while in Cleveland. When his crime fighting days were over, he moved to Coudersport, Pa., for a business venture and loved the area so much, he decided to make it his home. In lieu of the 2020 Eliot Ness Fest, which was canceled this year due to the COVID-19 pandemic, The Bradford Era highlights the life of Ness and the rich history of the Prohibition era in a series of stories.)

Born on April 19, 1903 in Chicago, Eliot Ness was the youngest of Peter Ness and Emma King’s four children. After graduating from Christian Fenger High School, he attended the University of Chicago, where he was a member of Sigma Alpha Epsilon, graduating with a degree in political science and business administration.

After working as an investigator for the Retail Credit Company of Atlanta, he returned to UC, completing a graduate course in criminology taught by August Vollmer.

Vollmer’s course, as well as Ness’ brother-in-law, who was an agent for the Bureau of Investigation, greatly influenced Ness to enter law enforcement. In 1926, he joined the U.S. Treasury Department, for which he worked with the Bureau of Prohibition in Chicago.

In the 1920s, gangs such as the “Chicago Outfit,” which operated under the control of Johnny Torrio and the well-recognized Al Capone, were involved in heated gang wars for the control and distribution of illegal alcohol during the Prohibition era in Chicago.

In order to address the bootlegging that was going on, shortly after being elected into office in 1929, President Herbert Hoover developed a plan for targeting large bootlegging gangs with small teams of Prohibition agents, which was to be overseen by special U.S. attorneys. Nothing was done with the plan until Chicago Crime Commission’s Frank Loesch approached Hoover for help in taking down Capone and his gang.

Capone and members of his outfit were already being investigated by the Treasury’s Bureau of Internal Revenue for evading federal income tax after a 1929 investigation uncovered the outfit’s financial records. While enough evidence was uncovered to convict Capone’s brother, Ralph Capone, for tax fraud, they lacked sufficient evidence to charge Capone.

In 1930, frustrated by the lack of progress on the Capone case, Attorney General William Mitchell began implementing Hoover’s strategy, selecting 27 year-old Eliot Ness to oversee the group of special agents that later became known as “The Untouchables.” The group of men gained the moniker after many of them, including Ness, turned down large bribes from members of Capone’s outfit.

From 1930 to 1932, Ness led his team in raiding the outfit’s illegal breweries and distilleries, which greatly hindered Capone’s financial ability to bribe his way out of prosecution. As the result of various raids and wire-tapping endeavors, Capone’s bootlegging operation came tumbling down. All the while, Frank Wilson and the Intelligence Unit continued to build their tax evasion case against Capone.

All of the hard work paid off when in June of 1931, Capone was indicted for income tax evasion and five thousand counts of conspiracy to violate the Volstead Act. While he was never prosecuted on the Prohibition charges, according to the FBI, he was convicted of three counts of income tax evasion on Oct. 17, 1931, resulting in a sentence of 11 years in federal prison, as well as given a $50,000 fine, $7,692 in court costs and was held liable for $215,000 plus interest due on his back taxes.

Though Capone was now behind bars, Ness wasn’t done with law enforcement.

According to the Cleveland Police Museum, after Prohibition was repealed in 1933, Ness was transferred to the Treasury Department’s Alcohol Tax Unit in Cincinnati. By 1934 he was assigned as the head of the Alcohol Tax Unit for the northern district of Ohio.

In 1935, Cleveland Mayor Harold Burton recruited Ness to serve as the city’s new Safety Director, leaving him in charge of both the police and fire departments. Burton hoped Ness could clean up the streets of Cleveland, which was known as the most dangerous city in the United States at that time.

The influence of Professor Vollmer’s teachings were significant to Ness’ work while in Cleveland, inspiring him to execute a reform program, which focused on professionalizing and modernizing police, improving traffic safety, putting an end to juvenile delinquency and eliminating mob activity.

Enten: This is the latest sign that Trump is in trouble

For over 20 years, the mob had worked in alliance with law enforcement officials through bribery and other tactics. Immediately after being recruited as safety director, Ness began tackling the corruption which ran rampant within the Cleveland Police Department.

An excerpt from the Cleveland Police Museum website notes that almost immediately, five law enforcement officials were indicted for bribery and graft, while many other officers began to turn in their resignations, which he gladly accepted. Ness instituted procedures within the department to make sure the officers he hired to replace their fallen comrades would do the job well, such as implementing a police training academy, revising civil service exams and the creation of a two year mandatory probation period to assess cadets’ temperament as well as their physical fitness.

Through instituting an innovative traffic safety program, Ness was able to greatly lower fatalities. He additionally took the mob head on and worked close with youth gangs to deter them from participating in criminal activity by negotiating with adult gang leaders for cooperation, turning old police stations into self-governed boys’ clubs, finding jobs for older gang members and providing mechanical training for youths.

By the time Ness was done in Cleveland, the city had been turned around to being recognized as one of the safest cities in America.

According to Stephen Green, owner of the Eliot Ness museum, one of the biggest regrets of his career during his time in Cleveland, was his inability to catch the “Cleveland Torso Murderer,” an unidentified serial killer who dismembered twelve known victims and disposed of their remains in the impoverished neighborhood of Kingsbury Run. Most victims were known to come from the rundown shanty area east of Kingsbury Run, also known as the “Hobo Jungle,” which was known for its bars, brothels and gambling dens. At one point, the killer even placed two of the victims’ remains in plain sight of Ness’ office in the city hall.

In a story on the Cleveland Magazine website, Abby Burton notes that Ness conducted numerous raids in the neighborhood, and through a controversial move, eventually burned down the hobo jungle. Though the serial killer was never brought to justice, the killings mysteriously stopped after the area was lit aflame.

According to the Washington Post, During World War II, Ness served as the director for the Social Protection Division. His focus was on reducing the incidence of venereal disease among soldiers by eliminating prostitution around U.S. Army camps.

In his book “Capone: The Man and the Era,” Laurence Bergreen speculates that Ness’ crusade against venereal diseases was inspired by former nemesis Capone’s battle with syphilis, which eventually led to brain deterioration and his eventual release from Alcatraz.

Green described him as “honest and incorruptible,” as well as a good role model for law enforcement.

One may think parts of Ness’ life sound like a Hollywood movie, which in all actuality, isn’t far from the truth.

In 1956, the autobiographical memoir by Eliot Ness and co-written by Oscar Fraley was published. The book, which was written in Coudersport in the current location of the Eliot Ness Museum, details the life of Ness and his experiences during the Prohibition era and his time with The Untouchables.

Musician, actor and producer Desi Arnaz, most widely known for his starring role of Ricky Ricardo alongside Lucille Ball on “I Love Lucy,” caught wind of the book and felt it was great material for a television series based on Ness’ time fighting crime with The Untouchables in Chicago. Thus Arnaz hired Robert Stack to play the role of Ness and Walter Winchell to provide the narrative for Hollywood’s version of “The Untouchables” — and the rest is history.

Stay tuned for the story of the notorious Al Capone and a different side of him some may not know of — his time running a charitable soup kitchen in Chicago — though things aren’t always what they seem to be.