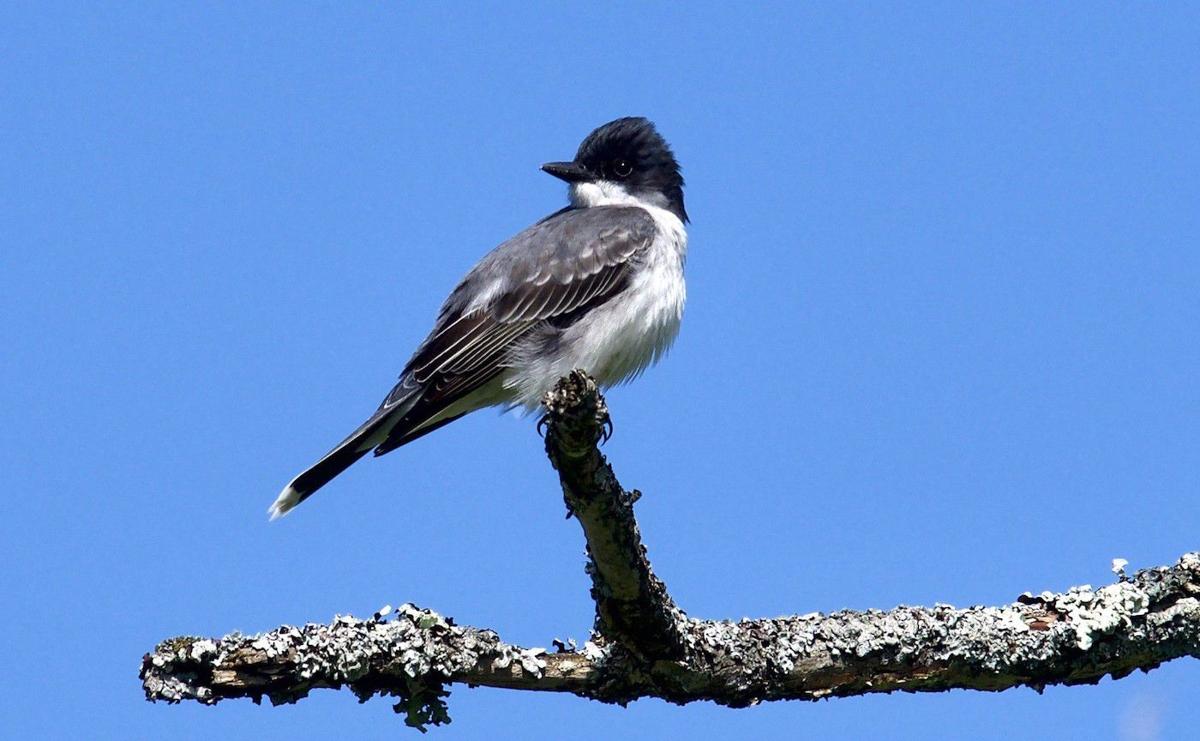 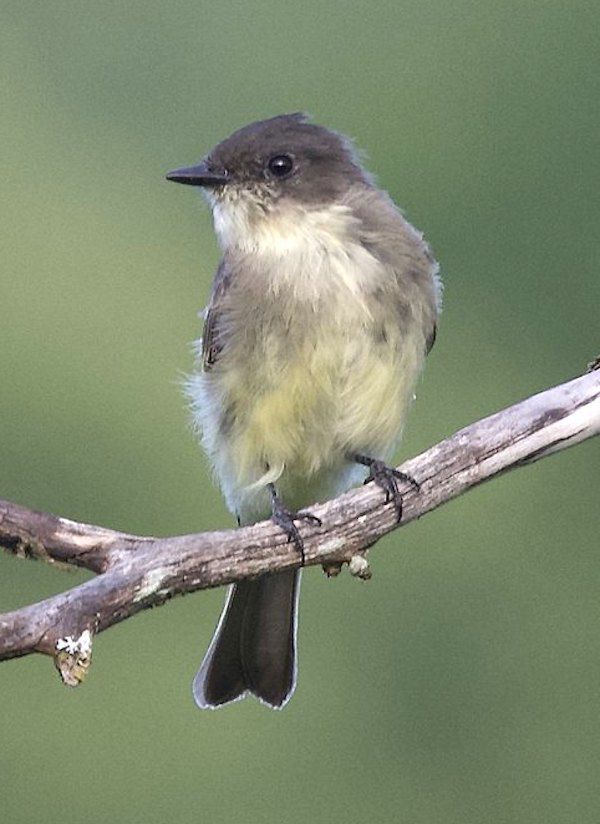 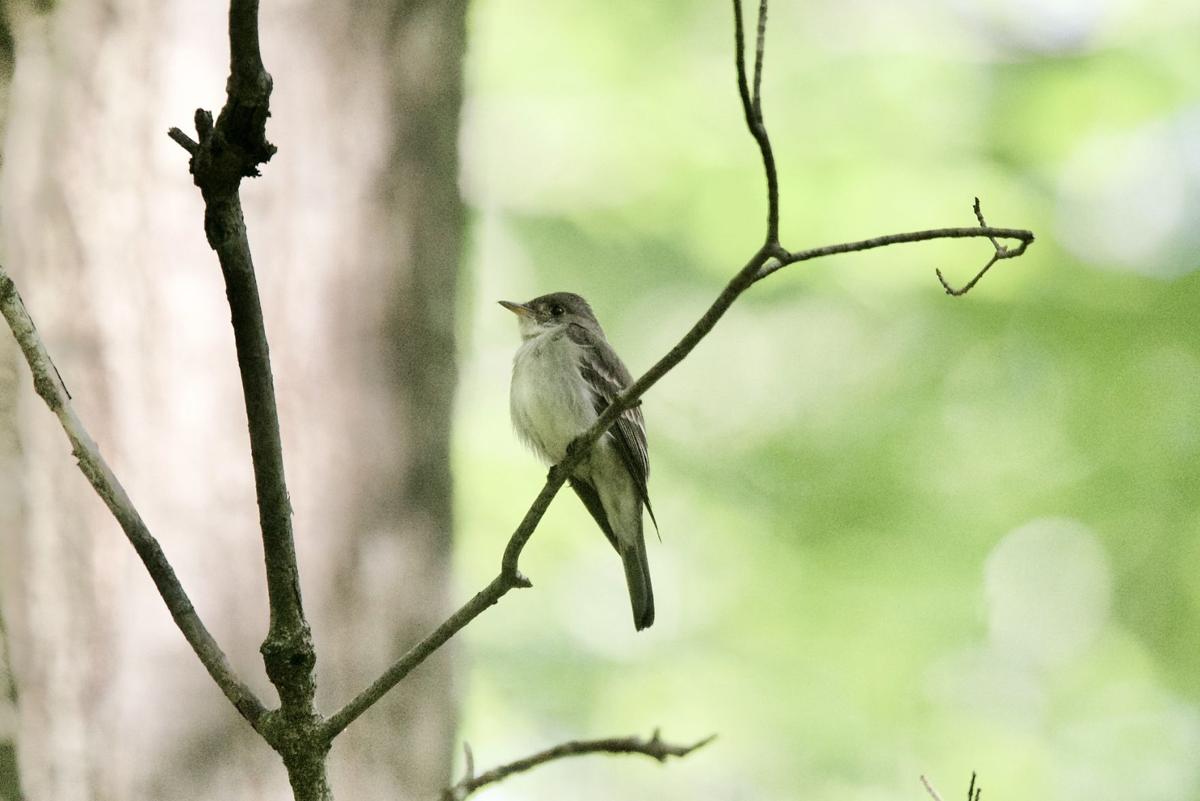 When I get email comments from readers, they generally fall into one of two broad categories.
The first, and more frequent, comment involves helping the reader identify a particular bird that they’ve seen. Because of the widespread availability of smart phones with cameras, the email is generally accompanied by a decent photo that makes the identification pretty straightforward. The second broad category of comments involves descriptive language that I use in the column — and that is anything but straightforward.

The language of birding can be both descriptive and misleading, and often turns on context. For example, I frequently use the word “hawk” to describe most birds of prey even though, technically speaking, the word “hawk” applies to “true” hawks. In our area, those are the sharp-shinned hawk, the Cooper's hawk and the Northern goshawk.
Birds like red-tailed hawks — arguably our most common bird of prey — are not “true” hawks, even though the word appears in their name.

This came up recently because of my use of the word “flycatcher” in a previous column. The word “flycatcher” operates as both a noun and a verb in the birding world.  For example, a cedar waxwing is a fairly common bird in our area and can frequently be seen flying from a perch to snatch an insect out of the air, which is a behavior that birders call flycatching, even though, technically, the cedar waxwing is not a flycatcher.

In general, the “true” flycatchers in our area are small, plain-looking birds that can be seen on prominent perches that they use as launching pads to catch large and small insects that are flying nearby. Given that they generally remain motionless until they launch, their drab plumage helps them blend into their background, making them safer from predators.

In our area, the most common “true” flycatcher — even though the word doesn’t appear in the bird’s name — is the Eastern phoebe (pronounced FEE-bee). If you’ve seen a sparrow-sized gray bird around your deck that has a yellowish belly and whitish breast that persistently pumps its tail while perched, you’ve probably seen an Eastern phoebe.
In a summer like we’ve had this year, with an inordinate amount of rain producing large numbers of flying insects, phoebes are a welcome nester, even if their mud and grass nests underneath our eves appear unsightly. A single pair of phoebes may nest three times in a season, bringing forth an army of young birds, each consuming a large number of flying insects each day.

Another fairly common flycatcher generally found in open country in our area is the Eastern kingbird, which, true to its name, lords over its nesting area and can be seen chasing birds that are much larger than itself, including crows and hawks. Like the phoebe, the Eastern kingbird is a fairly nondescript bird except for an obvious white terminal band at the tip of its tail.

Unlike the phoebe, the kingbird makes no effort to hide its nest and on my property they can be seen nesting near the top of thorn apple trees, where there is very little in the way of leaf cover to hide the nest, but that doesn’t seem to matter because of their aggressive defense of their territory.

One of the flycatchers that I like to think of as an “autumn surprise” is the olive-sided flycatcher, which Dr. Stephen Eaton described as “possibly a rare nesting species” in his book "Birds of Cattaraugus County New York." I call it an “autumn surprise” because that’s the only time of the year that I’ve seen one here and, as far as I know, no one has ever found a nesting pair in this county, even though we keep looking.

To my surprise, a couple of years ago I saw a great-crested flycatcher on my property and, this year, I think a pair nested because I’ve seen a juvenile in the area. I’m surprised because the great-crested flycatcher is more habitat-specific than some of our flycatchers and I’ve generally found them in mature forest near water, which doesn’t describe my property very accurately. But, like bluebirds, they’re cavity nesters so they have to nest where they can find tree cavities, which narrows their options since they don’t excavate their own cavity.

Unlike low-lying areas in the Allegheny River Valley, where mosquitoes are abundant this year because of all the rain, there are fewer mosquitoes where I live because there’s less standing water, but we’ve had an abundance of gnats.

Like the term “seagull,” for which no species of gull actually exists, there is no single species of insect that is called a “gnat.” Rather, gnat is used to describe a whole group of small flies, which the Smithsonian Institution defines as: “non-biting flies … attracted to fluids secreted by our eyes,” which explains why gnats are found in clouds flying around our face.

If I were to name my favorite flycatcher, it would probably be the Eastern wood pewee. Unlike the other flycatchers, the pewee inhabits dense woodlands, but it looks very much like all the other flycatchers — small and nondescript. What makes it special for me is its song, which I think of as capturing something like sorrowful exuberance. That ounds like a contradiction in terms, but that’s what happens when we try to use words to describe the exquisiteness of birds.

True flycatchers can be easy to overlook because they’re not very colorful, don’t come to feeders, generally sing in only one or two syllables and don’t arrive very early in the spring or stay very late in the fall . But if you’ve ever tried to actually catch a fly on the wing you can appreciate how well adapted these birds are to their environment and how important they are to the balance of nature.
If they haven't already, our local flycatchers will be migrating soon in search of flying insects they can hawk.

Images of some of the birds discussed here can be seen at: