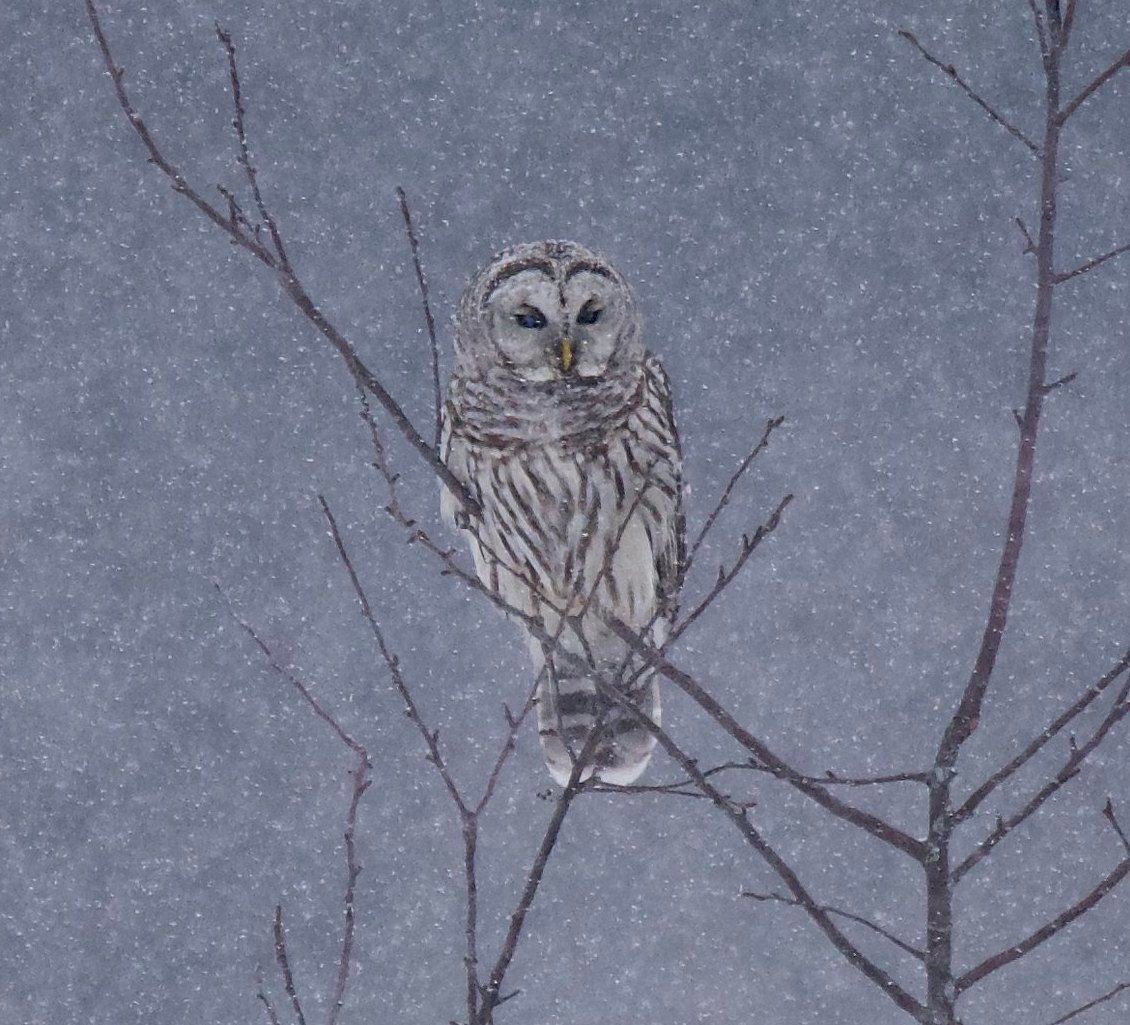 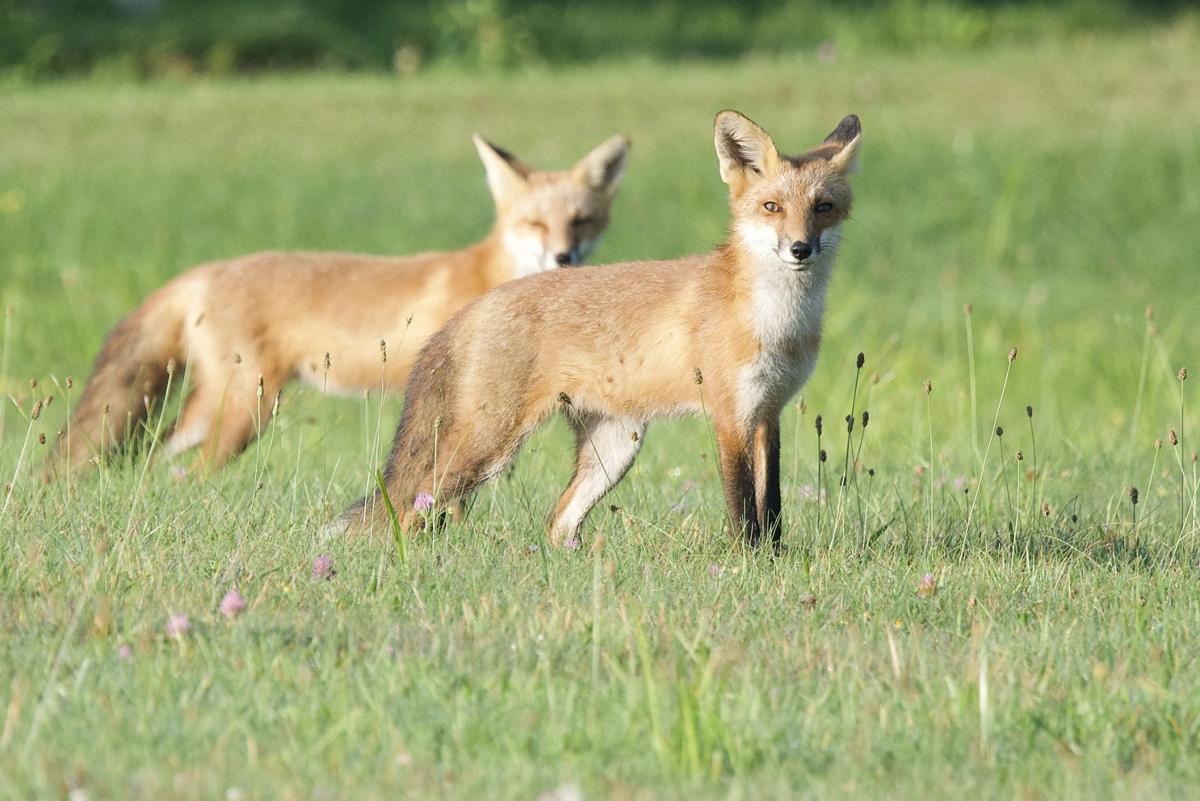 Just when it seems we’re getting into the deepest part of the winter, signs of spring begin to emerge if we look closely or listen carefully.

One of the earliest signs of spring is the increasing warmth of the sun as it climbs higher in the sky. From our perspective in the 21st century, it’s hard to imagine the anxiety that ancient people must have felt in the days leading up to the winter solstice, when it seemed that the sun was disappearing over the horizon never to return. But even modern man can feel and appreciate the increasing warmth of the sun’s rays as we approach the spring equinox, just as ancient peoples did.

But even as we can feel and appreciate those changes, birds and other wildlife live and die by those changes. From a human perspective it’s a cruel irony that natural food supplies dwindle in the late winter even as wildlife needs it most, either because they’re returning from the south, as in the case of our birds, or because they’re coming out of a long winter sleep, as in the case of our mammals.

But listening to the song of the male cardinal on sunny days in February, or watching the aerial display of common ravens on a bright sunny day, or even listening to the earliest whistles of blue jays as they jostle for territory, tells us that as far as they’re concerned, the longer days are a time to prepare for spring and summer nesting.

And that’s to say nothing of our owls, some of which are already nesting by the middle of February. Although owls generally hunt at night, it’s not uncommon to see or hear them in daytime once they’ve started nesting. In the case of the barred owl, which is one of our largest owls, the male leaves the relative protection of the deep woods for open areas as the pressure to find food increases since he not only has to feed himself, he also has to take food back to the female on the nest.

Once barred owls begin moving into open country in daylight hours to hunt for food, they become easier to see and photograph, which is why I generally keep my camera with me in the car at this time of the year. But as much as I like to get good pictures of wildlife, I won’t pressure a bird by trying to get close enough to get the “perfect” shot and I’ll never make noise or play recordings of bird calls to get the attention of the bird. I’d rather settle for a distant shot than a close-up that sends the bird flying.

While driving in Hinsdale recently, I saw a barred owl perched in a small tree in a snowstorm and pulled over. Without leaving my car, I took several shots of the bird before driving off. Since the bird’s plumage is light-colored and it was snowing pretty hard, my camera had trouble achieving focus on the bird itself so I focused on the tree that it was perched in which provided greater contrast and used that as the focus point. The shots met my standards for “keepers” and the bird was still there when I drove away, which is just as important to me.

Admittedly, the shots don’t do justice to the bird’s captivating brown eyes, but even if I had been closer, there wasn’t enough ambient light to pick up a reflection in the eyes and I would never use a flash when photographing wildlife.

But there’s no denying that the best images of wildlife are the ones that capture something of the subject’s personality and, most often, that’s seen in the eyes. Last summer I was fortunate to encounter two young red foxes as well as an eastern coyote and the photographs of both seem to tell very different stories.

Paddling down the Allegheny on Community Kayak Day

The red foxes weren’t much bigger than cats and were just as curious. I encountered them several times and each time the smaller of the two followed me on my walks like a small puppy, even as I discouraged that behavior. But red foxes are no longer hunted or trapped to the extent they once were and the images that I took — the ones that managed to catch a glimmer in their eye — showed them being very fox-like as they sniffed the ground checking for rodents while their ears turned in every direction imaginable to pick up sounds of approaching danger.

But as far as my presence was concerned, they seemed oblivious to me.

Unlike the foxes, the coyote and I just happened to be in the same place at the same time and once he picked up my scent he scarpered off. Fortunately, I got my camera on him pretty quickly and got off a few decent shots in the space of about two seconds, judging by the time coding on the first and the last shots.

I’ve seen coyotes before but this one was as beautiful an animal as I have seen. But what really stood out for me was the look in his eyes, which suggested to me that he had encountered my kind before and knew what to expect — and it wasn’t good as far as he was concerned.

Admittedly, it’s risky comparing the youthful curiosity of the foxes with the aged sensibility of an adult coyote, and I’m sure there are people who would regard the foxes as cute and the coyote as a menace. But as far as I was concerned I had no greater right to be breathing the air and feeling the sunshine than the foxes, the coyote or the barred owl. We were, as far as I could tell, living on equal terms with neither one of us disturbing the other.

But from the standpoint of a wildlife photographer, it’s the shots of the foxes and the coyote that communicate something of the individual’s personality. The shot of the barred owl, on the other hand, communicates something of the challenge that a bird of prey faces while hunting in a snowstorm, even if it fails to say anything about that particular individual.

But whether it’s photography or just feeling the warmth of the sun’s rays that motivates us to get outdoors and observe nature, the changing of the seasons provides an opportunity that shouldn’t be missed.

Images of some of the critters mentioned here can be seen at: https://www.flickr.com/photos/meadowsteward.