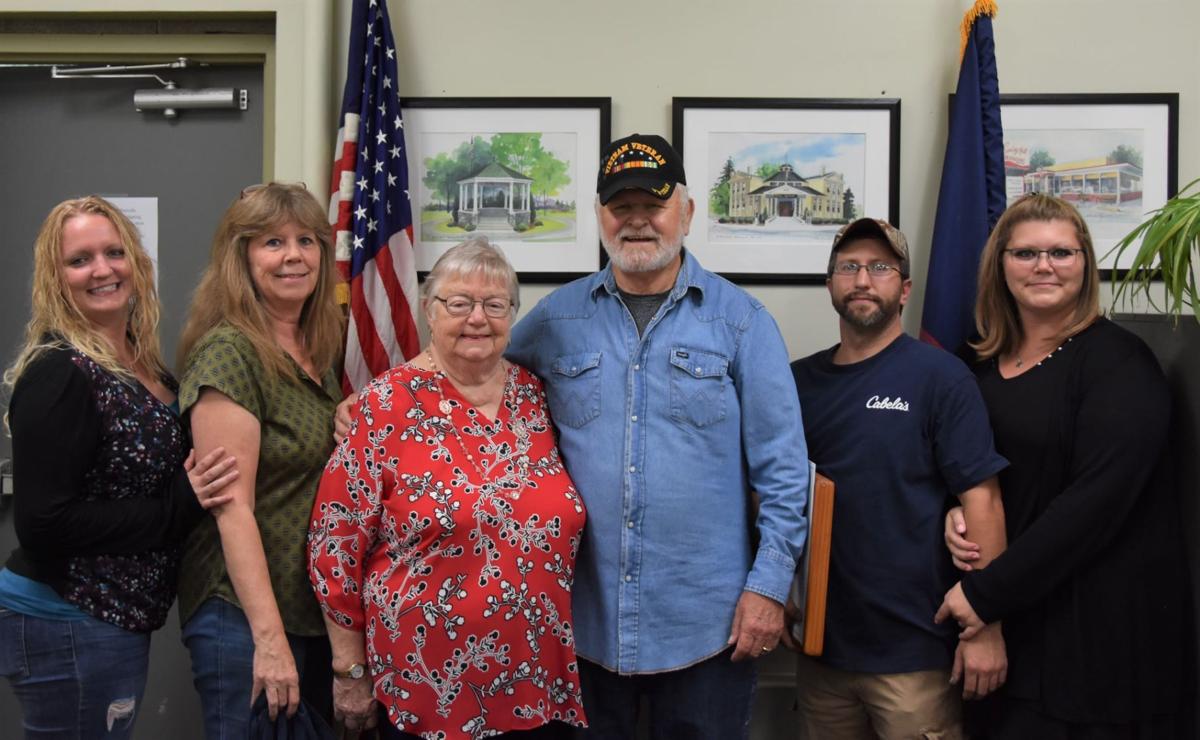 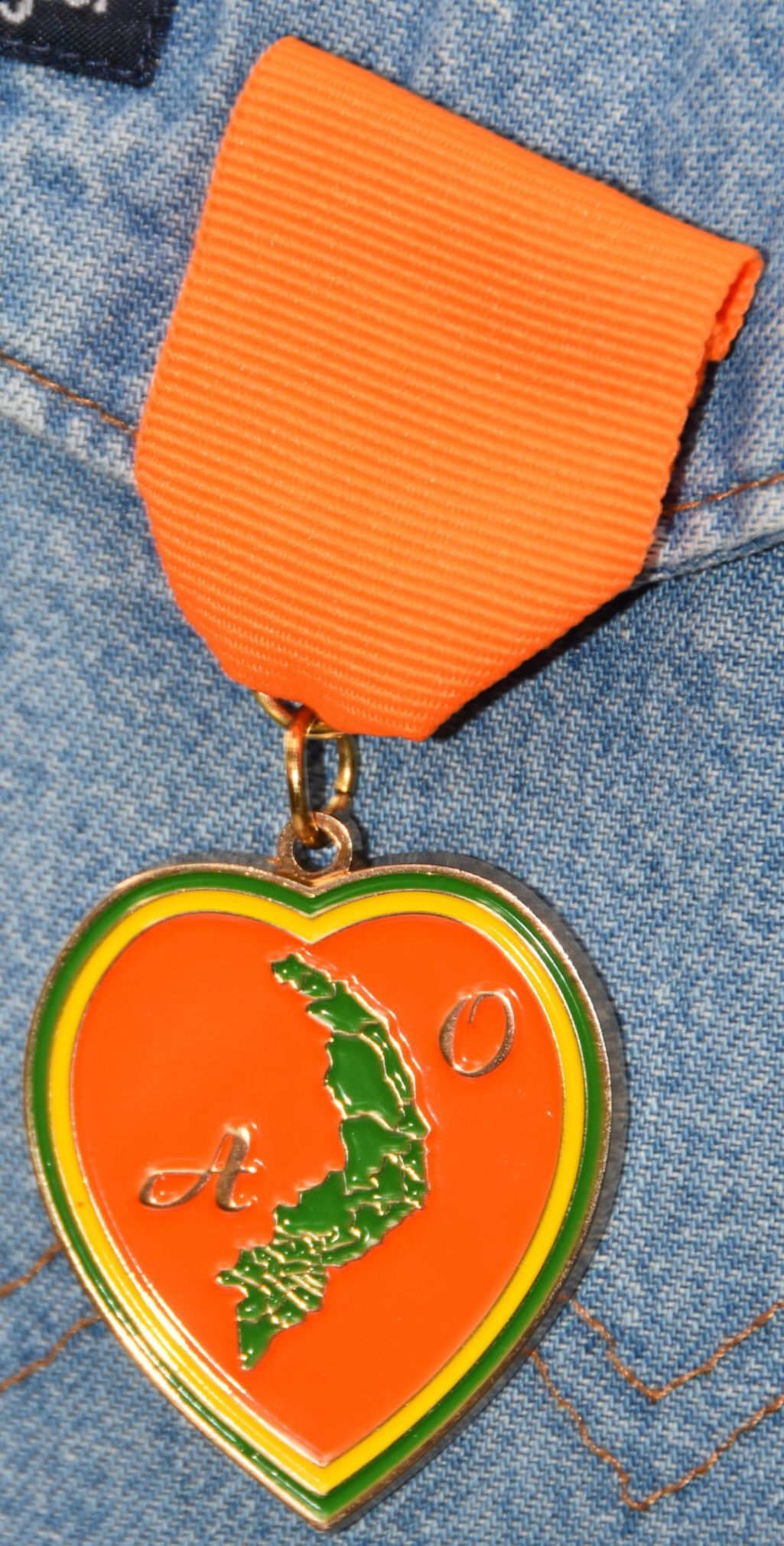 This Agent Orange Heart Medal was awarded to Portville’s Chuck Lucas Wednesday for his sacrifices during service in Vietnam. 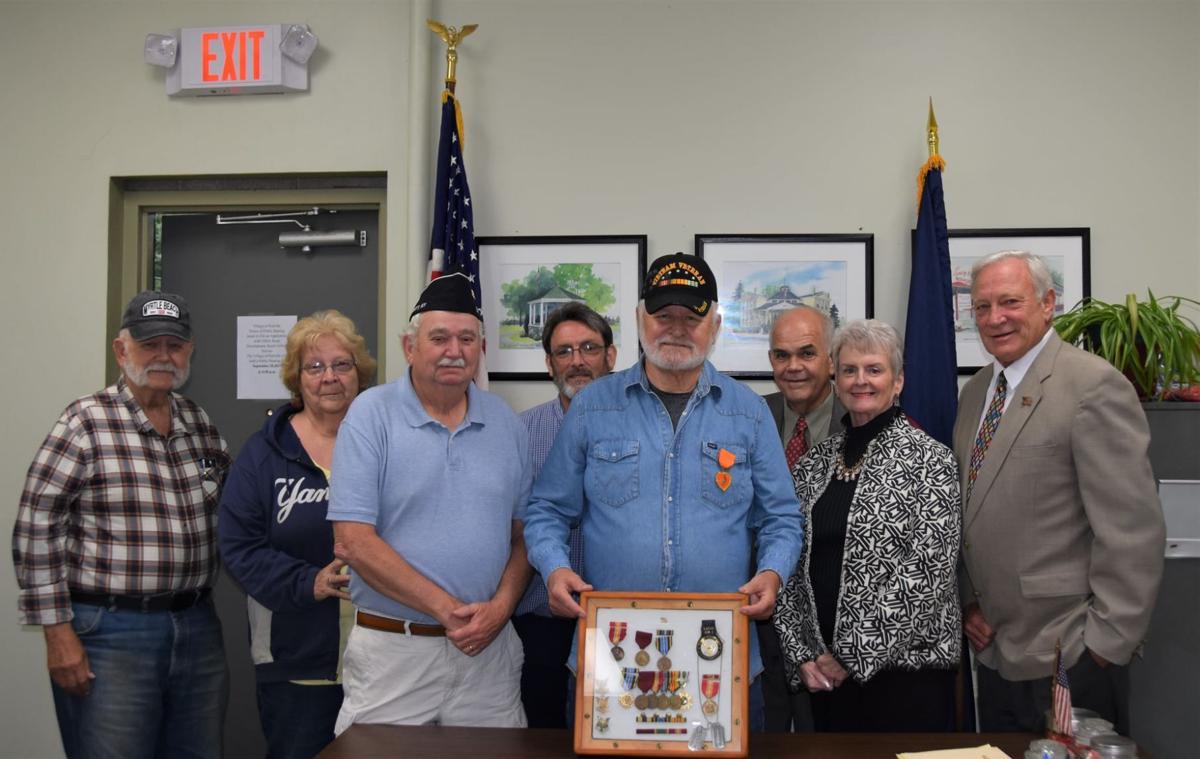 This Agent Orange Heart Medal was awarded to Portville’s Chuck Lucas Wednesday for his sacrifices during service in Vietnam.

PORTVILLE — A Portville resident known for his devotion and service to his adopted town was honored Wednesday for his 12 years of service to the U.S. during the Vietnam era with the Agent Orange Heart Medal.

Chuck Lucas joined the U.S. Navy in 1959 and served aboard the guided-missile cruiser USS Macon during the Cuban Missile Crisis. He was also aboard the USS Boston in Guantanamo Bay during the Bay of Pigs crisis and on two different destroyers, the USS Rupertus and the USS Boyd, in two separate tours to Vietnam.

It was there he was exposed to Agent Orange.

The toxic chemical defoliant was sprayed over Vietnam by the U.S. in order to kill vegetation where North Vietnamese would hide in ambush. Since the war’s end, experts have said that the exposure to U.S. troops was dangerous and has caused a number of serious health issues in veterans.

Mayor Anthony Evans introduced those in attendance, and in honor of Lucas’ service during the Cuban crisis, was wearing an American flag pin from 1898, which was engraved with “To hell with Spain, Remember the Maine.” That’s a reference to the sinking that year of the USS Maine in Havana Harbor.

He went on to say that Lucas is “an outstanding citizen, certainly an outstanding American. ... We are happy to celebrate today not just for this occasion but it’s Chuck and Pat’s 59th wedding anniversary (today).”

In presenting the medal, Steve McCord, director of Cattaraugus County Veterans Services, said, “This is truly, truly humbling to be here. Not only did he serve but he came back here to serve. … It’s my honor and my privilege to present this award.”

Ron Moore, Portville Legion post commander, said after the ceremony that “Chuck came out of the Navy, moved to Portville, and began serving the community. He was Portville’s first EMT. … He’s (now) a dedicated post service officer responsible for ordering all our flags, uniforms, poles, hats. He does a great job.”

Lucas has served the community in all areas of village and town life, including emergency services, the Legion, the fire department, civic organizations, Portville Central School and as an owner of several businesses through the years.

“When I got out of of the service, we had no idea we’d have problems later in life. … When I came to Portville I was accepted and I fell in love with this place. Thank you, Portville, and everyone who came here today.

“It was only a job and I didn’t think of it for 20 or 30 years, but then I got to thinking about it. I hope this being in the paper will make more veterans aware that this is available.”

For those veterans who are interested in finding out more about the Agent Orange Heart Medal, visit orangeheartmedal.org or contact Ken Gamble at (615) 973-5279 or Orange Heart Medal Foundation, 13833 Owens Chapel Road, Springfield, TN 37172.