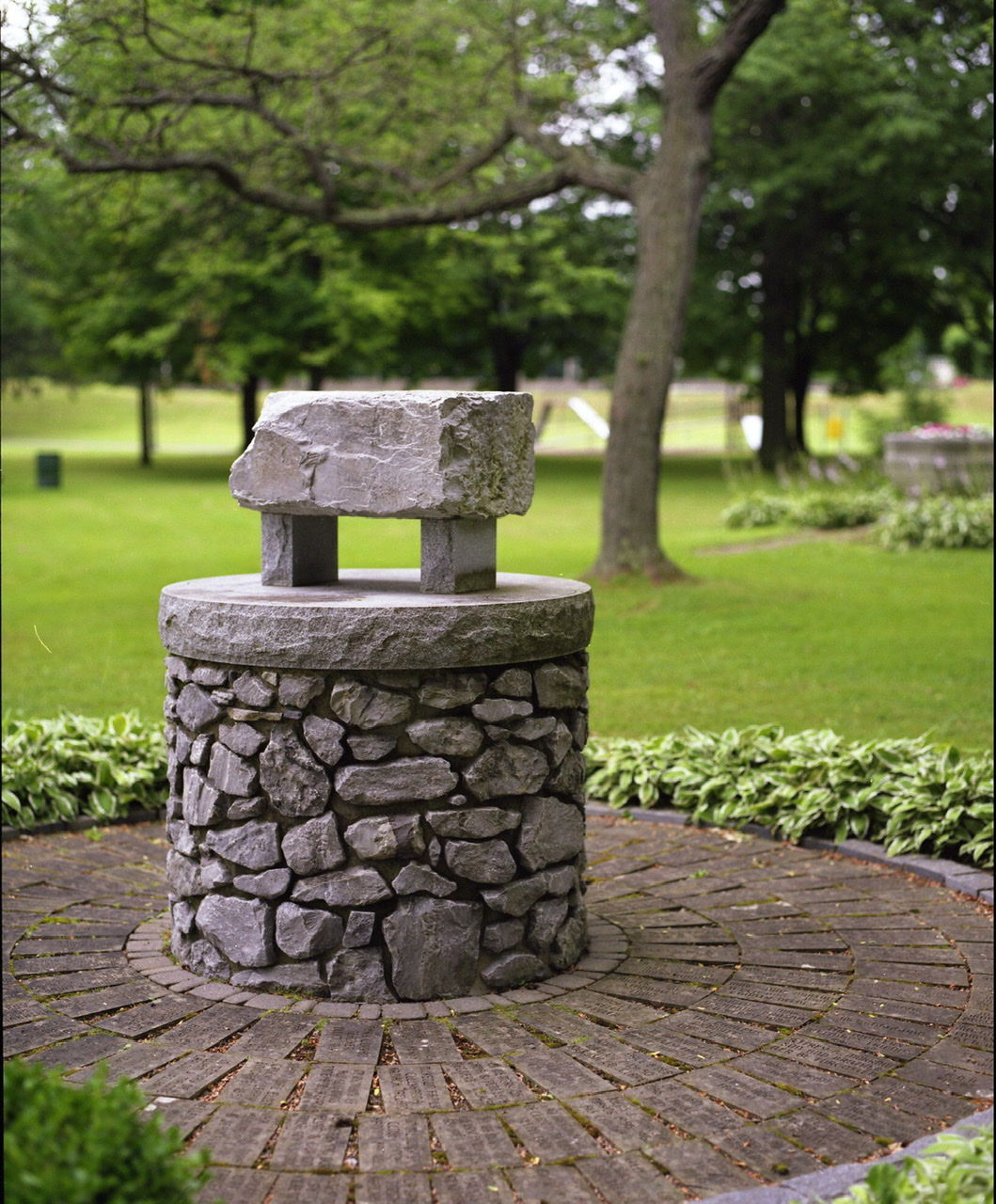 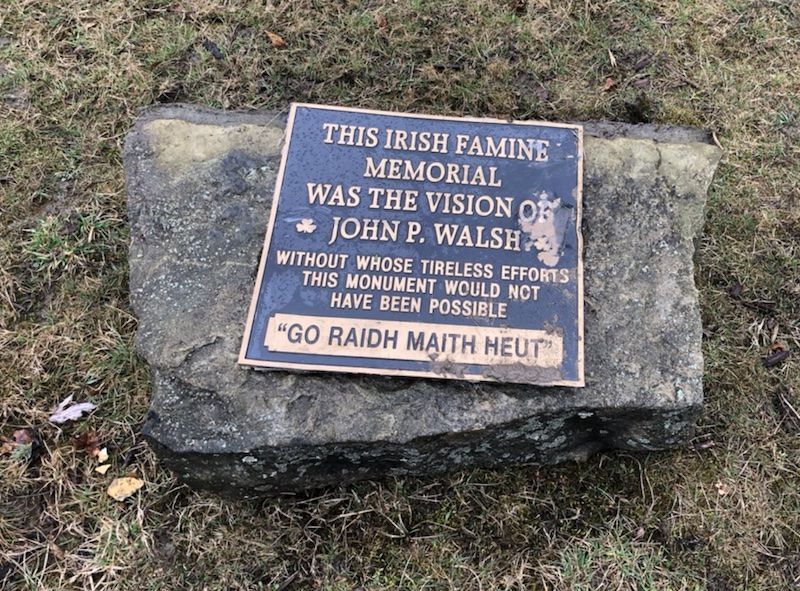 A plaque at the Irish Famine Memorial pays tribute to John P. Walsh due to his efforts to have the memorial built.

A plaque at the Irish Famine Memorial pays tribute to John P. Walsh due to his efforts to have the memorial built.

Members of the Ancient Order of Hibernians were “devastated” by the destruction Sunday morning of the Irish Famine Memorial in War Veterans Park by an out-of-control vehicle.

Bill O’Connell, corporate president of the AOH of Cattaraugus County Division 2, says members were still coming to grips with the incident this week — and while they are not exactly sure how they will immediately proceed, they are sure they want to see the memorial rebuilt.

“We’re all pretty devastated,” he says. “But a few of us were there the other day to see what we could salvage ... We are definitely planning on rebuilding.”

He explained that even smaller stones that were part of the memorial have important meaning.

Some stones are from the Antietam battlefield, where the famed Irish Brigade fought for the Union during the Civil War in 1862. And there are stones from the site of the New Ireland settlement in what is now Allegany State Park.

John P. Walsh, the Olean man most responsible for getting the memorial built in the late 1990s, made a sojourn to his ancestral home in Ireland and brought back a stone to be included in the design.

The top piece of the memorial was a remnant of the stone Penrose Quay in Cobb Harbor, in the city of Cork, Ireland, where tens of thousands of immigrants took to ships during the famine of 1845-50 to emigrate to America.

For tomato genes, one plus one doesn't always make two

A great many of those Irish sought new lives and homes in America, and plenty of them ended up in Upstate and Western New York — including places like Olean — where they found work digging canals and building railroads. They and other immigrant groups also filled jobs as industries grew in the region, with Olean taking its place among many of the most important industrial cities in the Northeast.

The Olean memorial honored the memory of the more more than one million Irish who suffered and died during the famine period — as well as the tens of thousands who emigrated to America.

The famine, also known as the Irish Potato Famine, or the Great Hunger, began in 1845 when the fungus-like organism Phytophthora infestans came from America and spread rapidly throughout Ireland. The infestation — which causes the crop disease late blight — ruined up to one-half of the potato crop that year, and about three-quarters of the crop over the next seven years.

Because the mostly Catholic tenant farmers of Ireland — then ruled as a colony of Protestant Great Britain — relied heavily on the potato as a source of food, the infestation had a catastrophic effect. Historians still debate to what extent Victorian Great Britain and its officials willfully allowed the poor Irish Catholics to suffer during the famine, but evidence suggests that food exports from Ireland to England continued as Irish died of hunger and disease caused by malnutrition.

The memorial, which was set in the middle of a circular pad made with bricks inscribed with the names of patrons, was destroyed when a vehicle driven by a suspect in a police-chase incident Sunday morning, careened off East State Street and crashed into the stone structure.

O’Connell says issues such as insurance and liability — even ownership of the memorial since it was on city property — have to be sorted out. But he was confident the memorial will rise again.