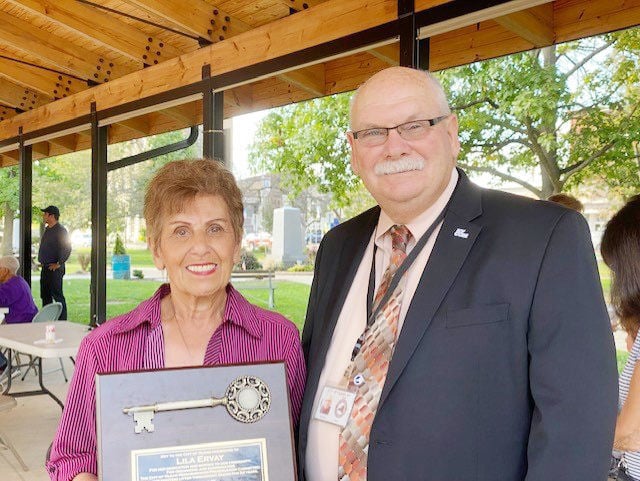 Lila Ervay (left), a longtime volunteer with the Litter Control Group, is presented a key to the city from Olean Mayor William Aiello. 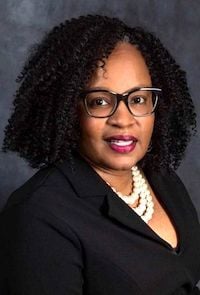 Volunteers who serve the city were invited to an appreciation pizza party held recently by Mayor William Aiello in Lincoln Square.

“Olean is a great community and our volunteers work very hard to enhance our quality of life,” the mayor says.

Longtime volunteer Lila Ervay was presented a key to the city for her many years of dedication and service working in the Litter Control Group, organizing and coordinating the City of Olean Neighborhood Preservation Committee and fighting litter throughout Olean for 24 years.

Volunteers in attendance represented the Litter Control Group, the Downtown Garden Beautification Group, the senior center and the Bartlett House.

“From organizing activities at the Bartlett House and senior center to working our gardens and keeping our streets clean, Olean is a much better place because of their hard work and commitment,” Aiello says. “On behalf of the Common Council and the residents of Olean, I offer our thanks and appreciation for a job well done.”

AN OLEAN NATIVE, Ruth Elmore Howard, has been elected to the Board of Directors of the National Association of Commissions for Women.

She lives in White Marsh, Maryland, and is employed in organization development at the University of Maryland Health Systems.

She has served on numerous boards including Treatment Resources for Youth and Poverty Solutions. She is an active member of the Patapsco River Links Chapter and the Baltimore County Chapter of Delta Sigma Theta Sorority, both philanthropic and public service organizations. She also served as a minority donor recruiter for the Leukemia Lymphoma Society.