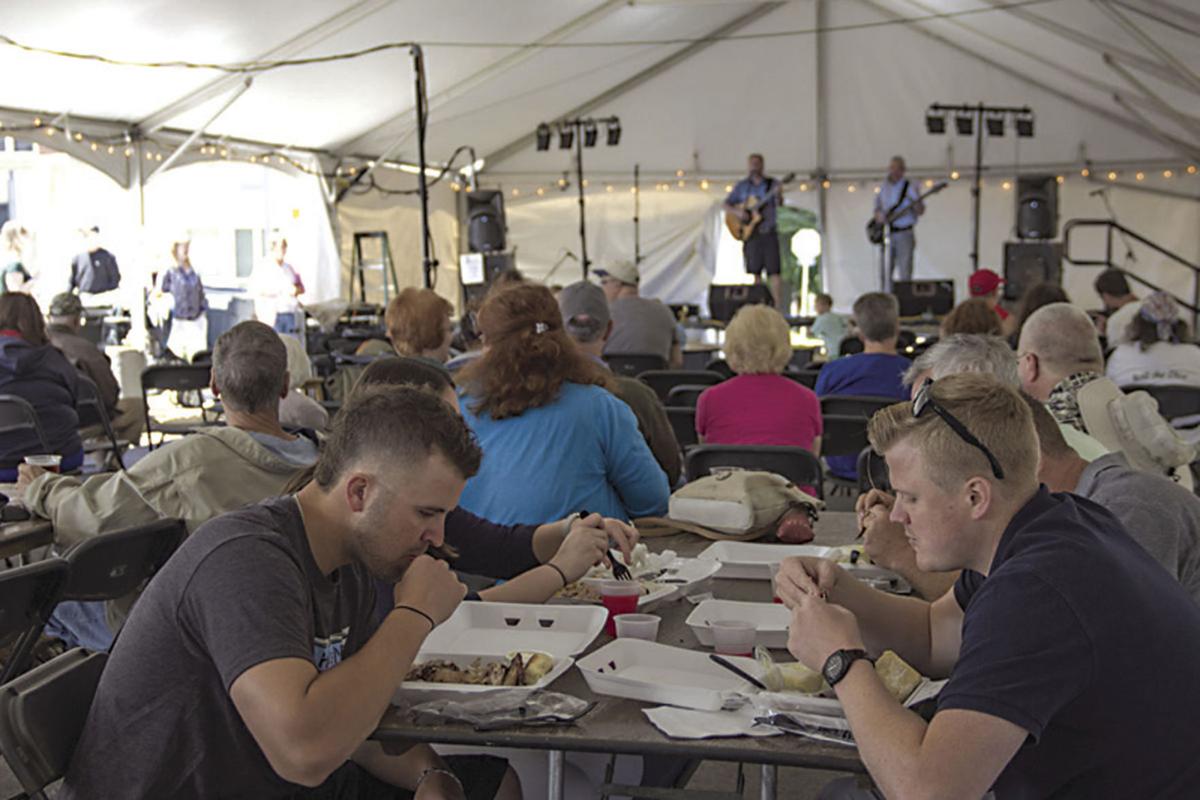 Community members enjoy the 2017 St. Mary of the Angels’ Festival on the last day of the event. This year’s 47th annual event will be known as BasilicaFEST in light of the church’s designation as a Minor Basilica. Events are set for next weekend, June 9 and 10. 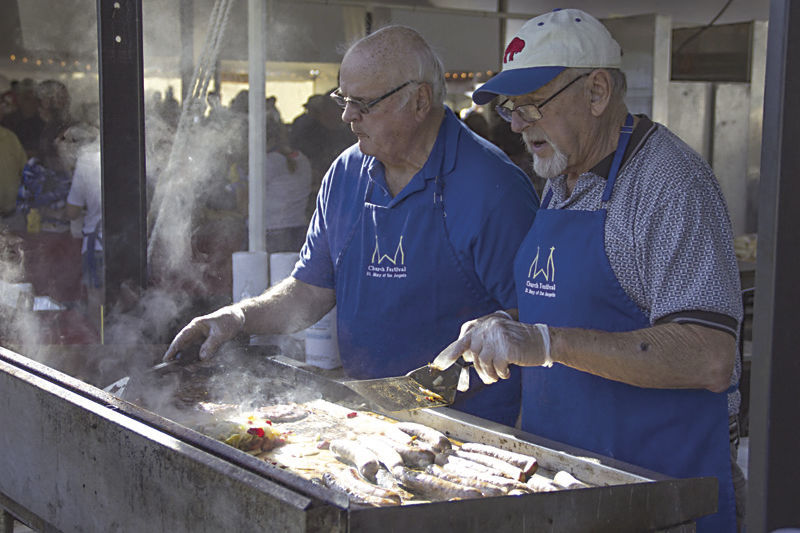 Food gets prepared at the 2017 St. Mary of the Angels’ Festival. The decades-old tradition has been rebranded as BasilicaFEST in light of the church’s designation as a Minor Basilica. Events are set for next weekend, June 9 and 10.

Community members enjoy the 2017 St. Mary of the Angels’ Festival on the last day of the event. This year’s 47th annual event will be known as BasilicaFEST in light of the church’s designation as a Minor Basilica. Events are set for next weekend, June 9 and 10.

Food gets prepared at the 2017 St. Mary of the Angels’ Festival. The decades-old tradition has been rebranded as BasilicaFEST in light of the church’s designation as a Minor Basilica. Events are set for next weekend, June 9 and 10.

OLEAN — When the Very Rev. Gregory Dobson blesses the festival grounds for the BasilicaFEST on June 9 and 10, the ceremony will hold special meaning for many as it will be the last time the pastor will take on the task.

The renamed festival at the Basilica of St. Mary of the Angels took on the new moniker to reflect the Minor Basilica’s new title for the 47th annual event, officials said.

Dobson, who will be reassigned to another parish Aug. 1, could not be reached for comments on the festival. The church leader, who officially announced his departure April 22, will be succeeded by the Rev. Patrick Melfi as he oversees both the basilica and St. John’s Roman Catholic Church in Olean.

A secretary at St. John’s noted that as Melfi will not take over the combined parishes until August, he is expected to have little involvement with this year’s BasilicaFEST.

Jennifer Kane, communications director for the Basilica, said the festival will have free admission and will comprise two days of activities, food, live entertainment, children’s games and a large raffle.

“What we’ll be doing during the festivities is we’ll still maintain our obligations as a Minor Basilica,” Kane explained. “When visitors come in town, the priest needs to be there to offer confessions. The visitors’ pilgrimage opportunities are still going on even during the festival.”

She said four Masses will be offered that weekend in addition to grand religious processions with bagpipes. The historic chime system in the Basilica tower will also play in the background during ceremonies.

“The building in and of itself is a work of art,” Kane said of the 100-year-old church. “And that includes the chime system. Our beautiful 1929 Deagan chime is the last 25-chime set left that is still operating in the United States.”

In addition, free tours of the Basilica, which is tied with Olean’s history, will be provided during the festival.

Dr. Dominic Colarusso and Mike Tominez, who both have served as chairmen of the festival, said the event is gearing up for a full weekend that includes complimentary entertainment, fellowship, good food and children’s games. Tominez, a longtime parishioner, said he has “watched it grow from a church festival, to the biggest church festival in the area to a community event.”

“This festival could not be done without the benevolence and hours of time spent by our volunteers,” Tominez said. “Our volunteers are not only of the church, but they are from other parishes. They are also from out-of-state and come here to partake in this great community event.”

He and Colarusso said proceeds from the event will benefit the basilica and parish activities, as well as charities in the community.

Colarusso, who has chaired the event since 2006, said the festival has taken on special meaning under the auspices of the basilica.

“When the Pope designated us as a basilica, at that moment it was not only the parishioners’ church — it became the Basilica of the community, the county, Western New York and the country,” Colarusso said. “We are one of 84 basilicas now — so one of our responsibilities as a basilica is to reach out beyond.

“Going forward, we welcome people from near and afar through our festival when we show everyone our magnificent basilica,” he concluded.

Activities for the weekend include the following events:

Drought-affected farmers and ranchers may defer tax from livestock sales

• Basilica tours will run frequently during the festival.

• Noon — Corpus Christi Procession with bagpipe music by Chris Piaggi and his bagpipes.

• Noon until sold out — Ancient Order of Hibernians chicken barbecue.

• 12:30 to 2 p.m. — Wild Rovers and Katie Duggan with her Irish Dancers at bandstand. Music by Billy O’Connell and Andy Hannon.