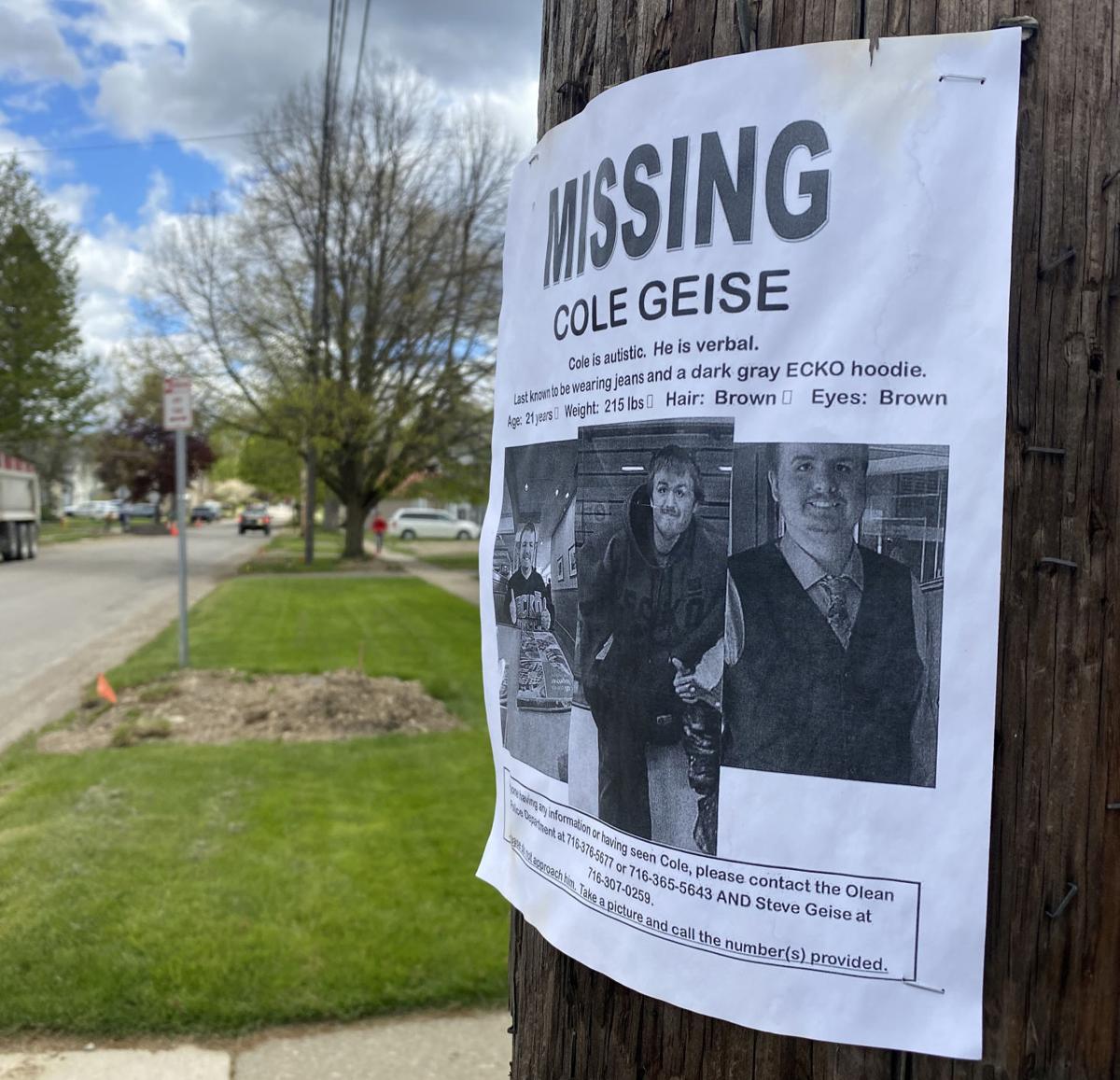 A missing person poster for 22-year-old Cole Geise of Olean hangs from a utility pole in Olean on Wednesday. 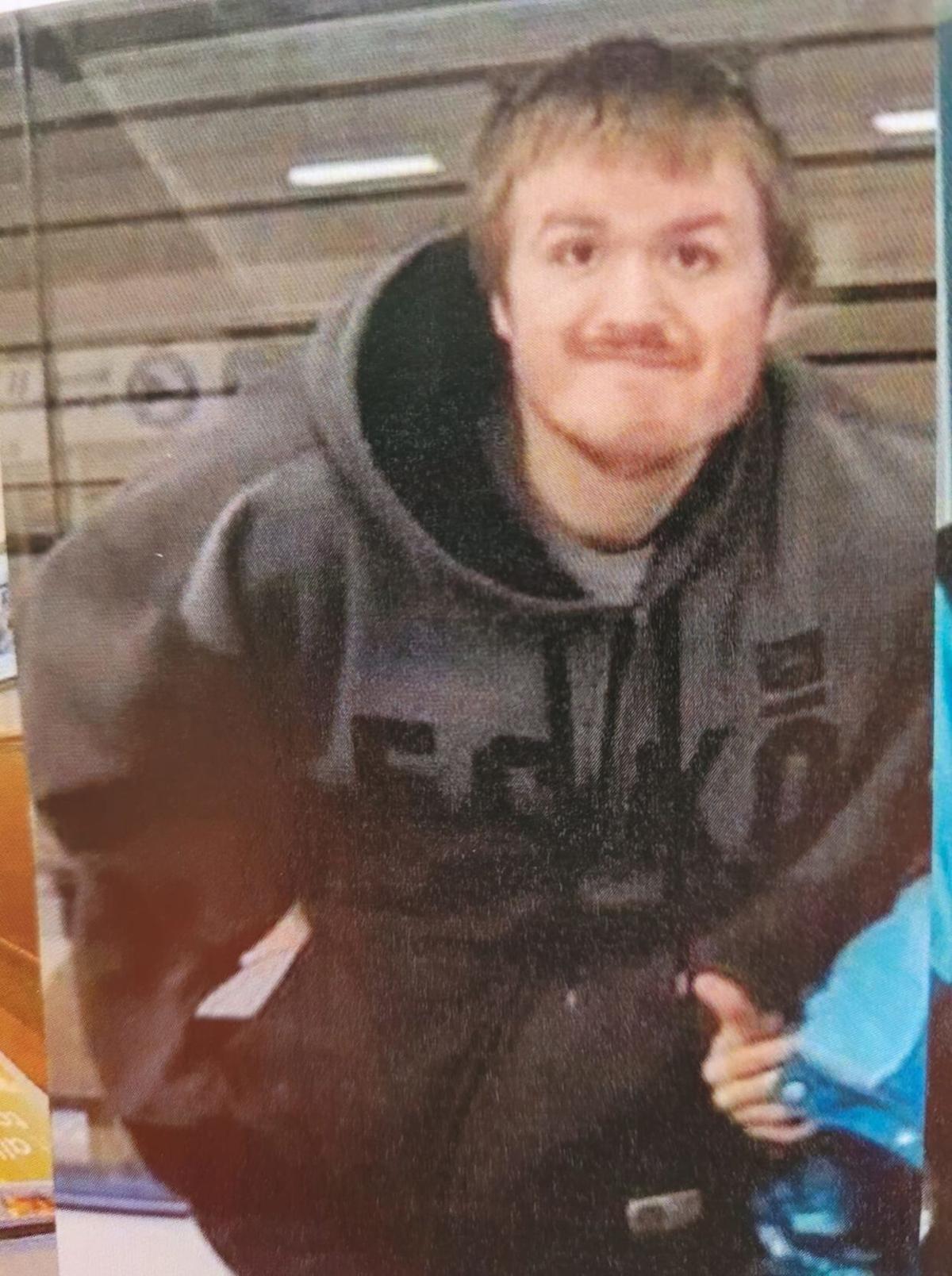 A missing person poster for 22-year-old Cole Geise of Olean hangs from a utility pole in Olean on Wednesday.

Missing since May 2, family members and authorities are still calling on any and all in the public to provide clues.

Geise, who has been diagnosed with an autism spectrum disorder, is 6-foot-5, weighs around 215 pounds, and is believed to be wearing a grey zip-up hooded sweatshirt and pajama bottoms or jeans.

The last person to visually see Geise was a resident on Dugan Road on May 1. Family members reported hearing Geise come home that night and then leave the house May 2, but did not speak with him.

If found, police cautioned that it may be best not to approach him, suggesting that anyone who sees Geise take photographs or video, follow from a distance and contact authorities — by calling city police at 376-5677 or by calling 9-1-1 — as soon as possible.

Authorities reported Tuesday that after a search of the Allegheny River turned up no clues, more searching would be performed by state police divers once the water level drops following heavy rains last week.

The National Weather Service reported the water level Wednesday afternoon at the city’s wastewater treatment plant was 6.5 feet, down from a crest of 7.26 feet Monday evening.

In the meantime, an outpouring of support has been seen from the community for the family.

A GoFundMe online set up to support the family on Sunday has reached almost $5,000 in four days, with 103 donors reported. Several redemption centers in the area have also reported they are accepting donated cans and bottles for deposits to benefit the family.