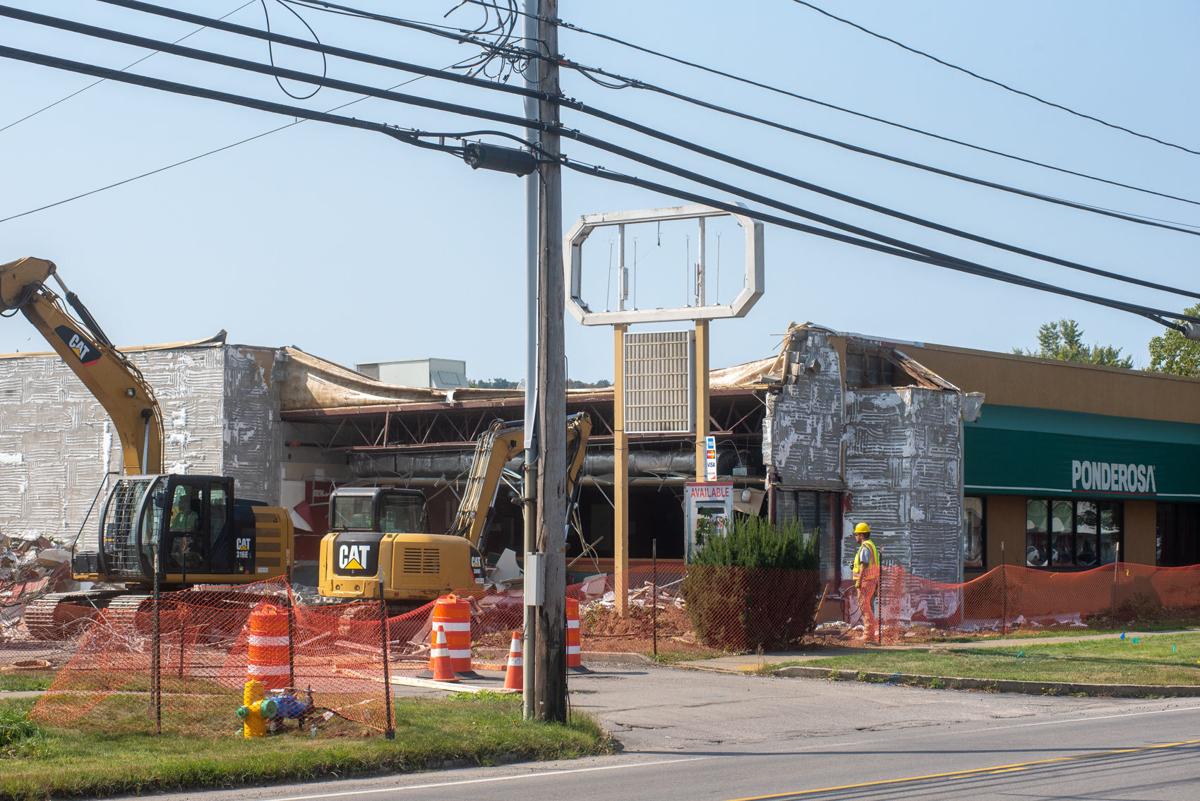 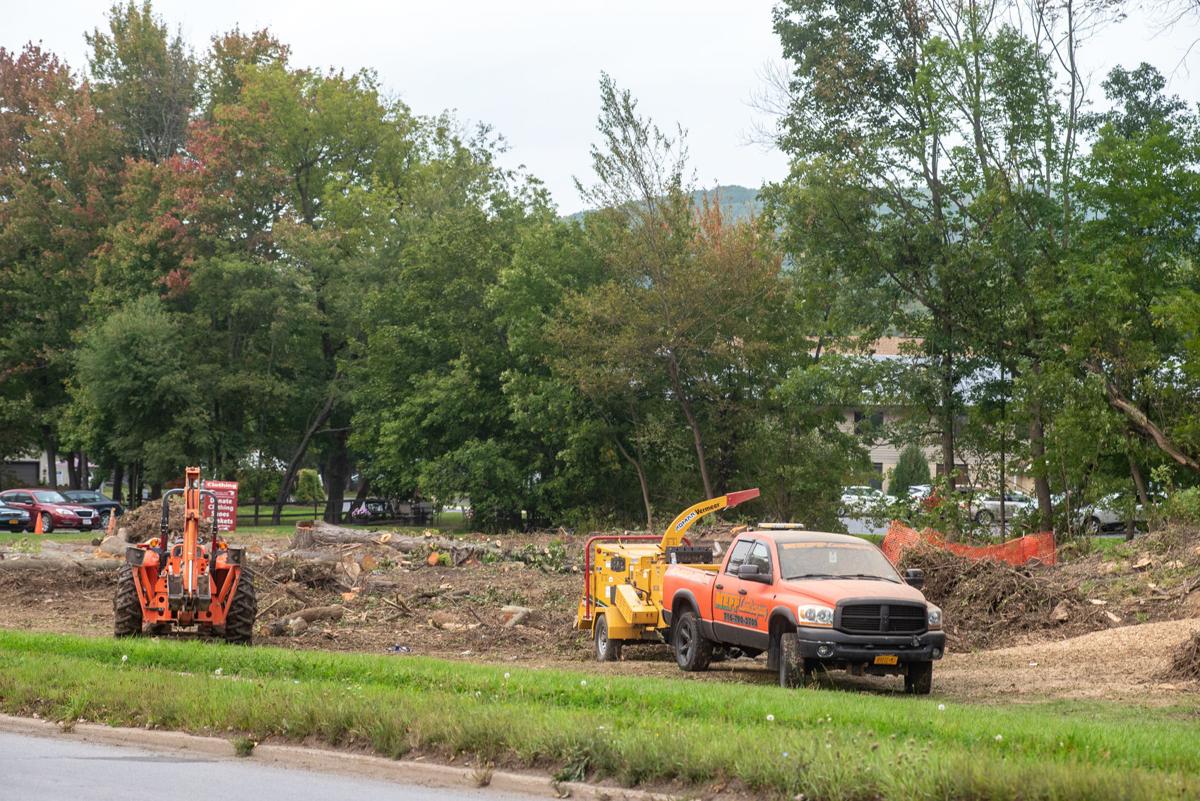 Workers clear a lot on Front Street of trees on Thursday.

Workers clear a lot on Front Street of trees on Thursday.

OLEAN — A former West End restaurant building came tumbling down on Tuesday after sitting empty for more than two years.

“The word is they’re just taking it down,” Mayor Bill Aiello said, noting no plans to build on the site have been reported to city planners. “They got the (demolition) permit the other day.”

According to Cattaraugus County real property records, the site is still owned by Indus Real Estate II LLC of Rochester, connected to Indus Foods Inc., which previously operated the restaurant until abruptly closing in March 2018.

Online real estate listings indicate that the site was for sale for $900,000 before the listing was removed in May.

Indus officials could not be reached for comment on the demolition, nor the status of the now-vacant Dunkin building on East State Street.

Ponderosa opened in 1975 as one of the original tenants of the Olean Center Mall, moving to the West End shortly after construction of the Kmart and Walmart department store plazas.

Despite the COVID-19 pandemic, restaurants that had closed temporarily in the West End have managed to reopen.

Across the street from the former Ponderosa, Perkins completed a renovation and is now open. Friendly’s, at the corner of North 24th and West State streets, reopened in August following several months of closure due to the pandemic.

ANOTHER PROJECT has also attracted attention from the public.

A number of trees have been removed from a lot at 430 Front St., adjacent to Aspen Tower.

According to the county property records, the site was previously owned by the Olean Pentacostal Church, which sold it in May to Michael Ellman of Olean — owner of Ellman Electric Co.

Aiello said that Ellman Electric was planning to build a structure on the site, possibly a new headquarters, but nothing has been filed with the city planning board.

Any construction at either the former Ponderosa or Front Street sites will require city planning board approval, Aiello said, and possibly Zoning Board of Appeals approval if plans do not conform to zoning for the sites.