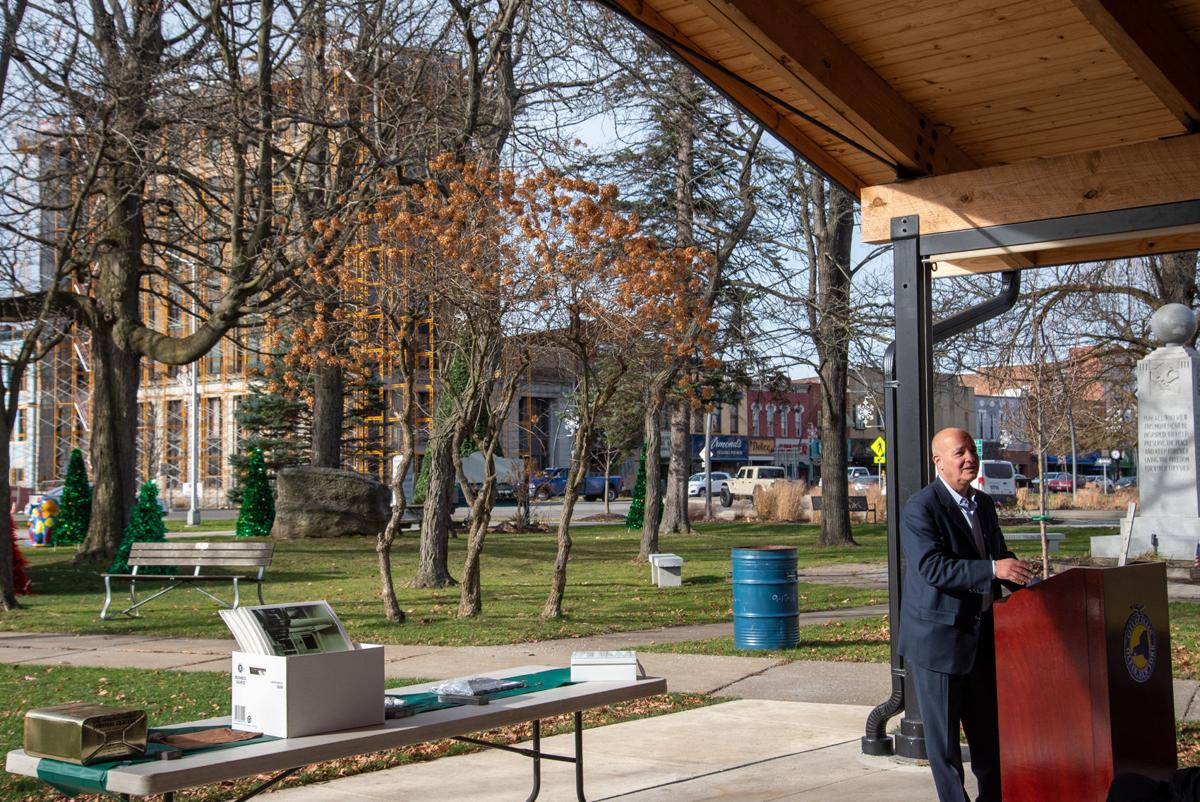 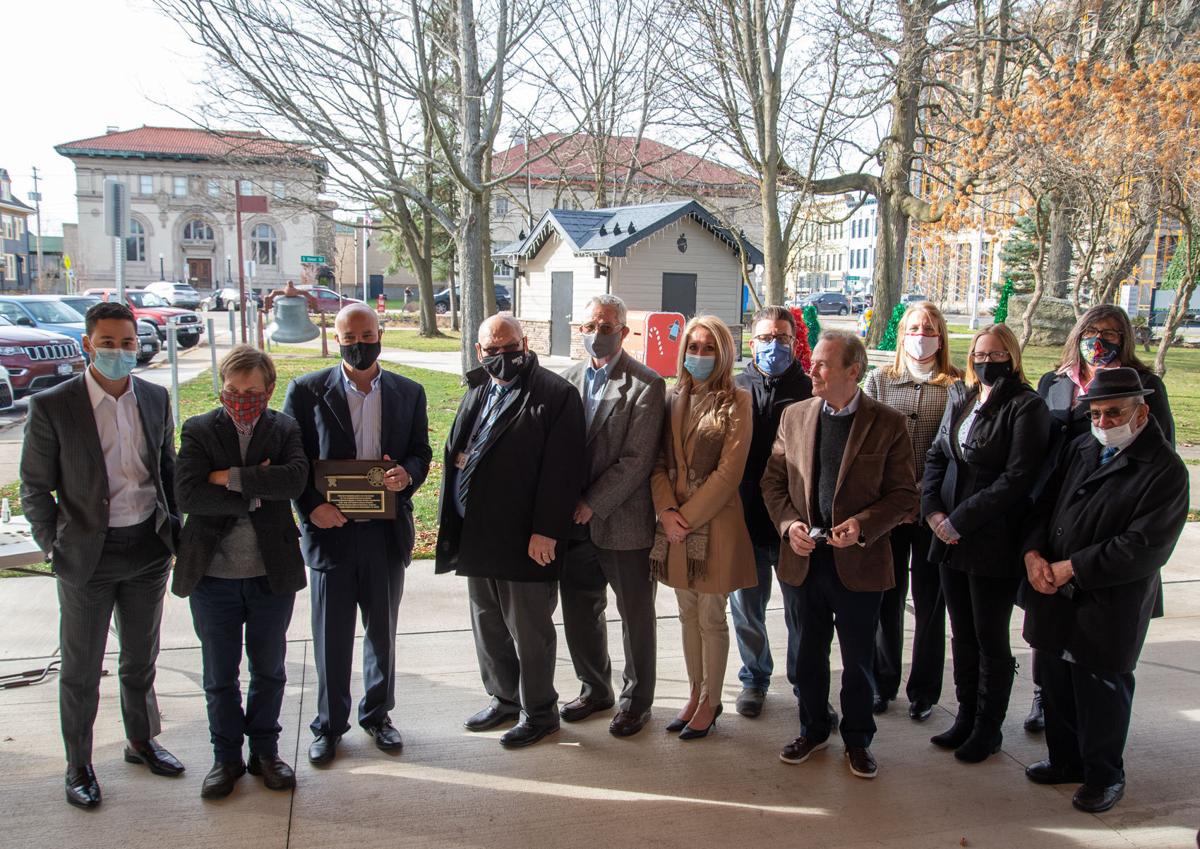 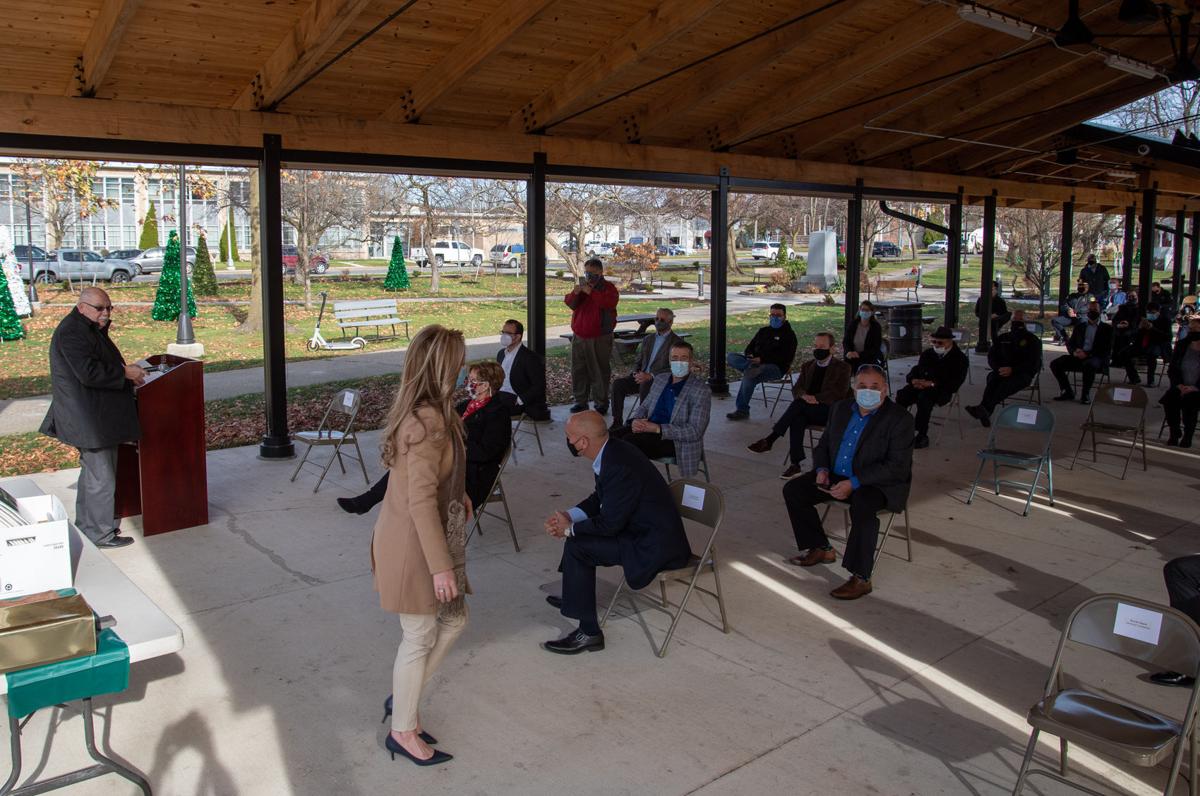 “Olean has lived for over 25 years with an abandoned building in the center of our city,” said Mayor Bill Aiello. “And, today, as we pass these keys to Savarino Companies we look to the future and imagine a corner that is once again full of energy and activity.”

It should not take long, said Sam Savarino, CEO of the development firm, noting that work on 21 apartments, an art gallery, cafe and public eating area would begin construction shortly.

“We’re going now,” Savarino told the Times Herald. “You’ll see a little more activity over the next few weeks. We have a building permit and we’re going.

“I would say substantially complete before the end of 2021,” he said, hoping to have the first tenants in place “by this time next year.”

The ceremony Thursday was not the official closing on the sale, which occurred Nov. 13.

However, the transfer was not without its hiccups.

Savarino said that issues with the broker of $7 million in federal New Market Tax Credits needed to fund the project meant the transfer needed to be completed by the end of business Nov. 13.

“You have no idea how close we came to this not happening,” Savarino said. “If the funding wasn’t in place, if the transfer wasn’t done … it all would have been put asunder.

“We were lucky they were based on the West Coast, because we had three extra hours,” the developer said, noting 15 wire transfers were needed to be completed within the last four hours of business. “I went to bed Friday night knowing they had been sent, but we didn’t get confirmation until first thing Monday morning.”

Along with the new owner, a new name reaches back into the city’s past.

“It’s basically going back to its roots,” Mayor Bill Aiello said, referring to the original owner of the building, the First National Bank of Olean.

First meeting Aiello in 2016, Savarino came forward in 2017 with a formal proposal to redevelop the structure into a boutique hotel, apartments and commercial space. The plan was later changed to a focus on low-income housing, but following discussions with city and local business leaders, developers changed plans toward market rate apartments only.

State aid, private investment and financing were needed to close the funding gap that scuttled previous efforts. In 2018, the state awarded $2 million to the project via the city’s $10 million Downtown Revitalization Initiative award, the largest allocation from the fund.

The transfer agreements approved by the URA include several stipulations. For example, Savarino may not sell the site for at least five years, a 25-year preservation covenant has been applied, and if construction does not begin in three years, the URA can seek to have the building turned back over to the agency.