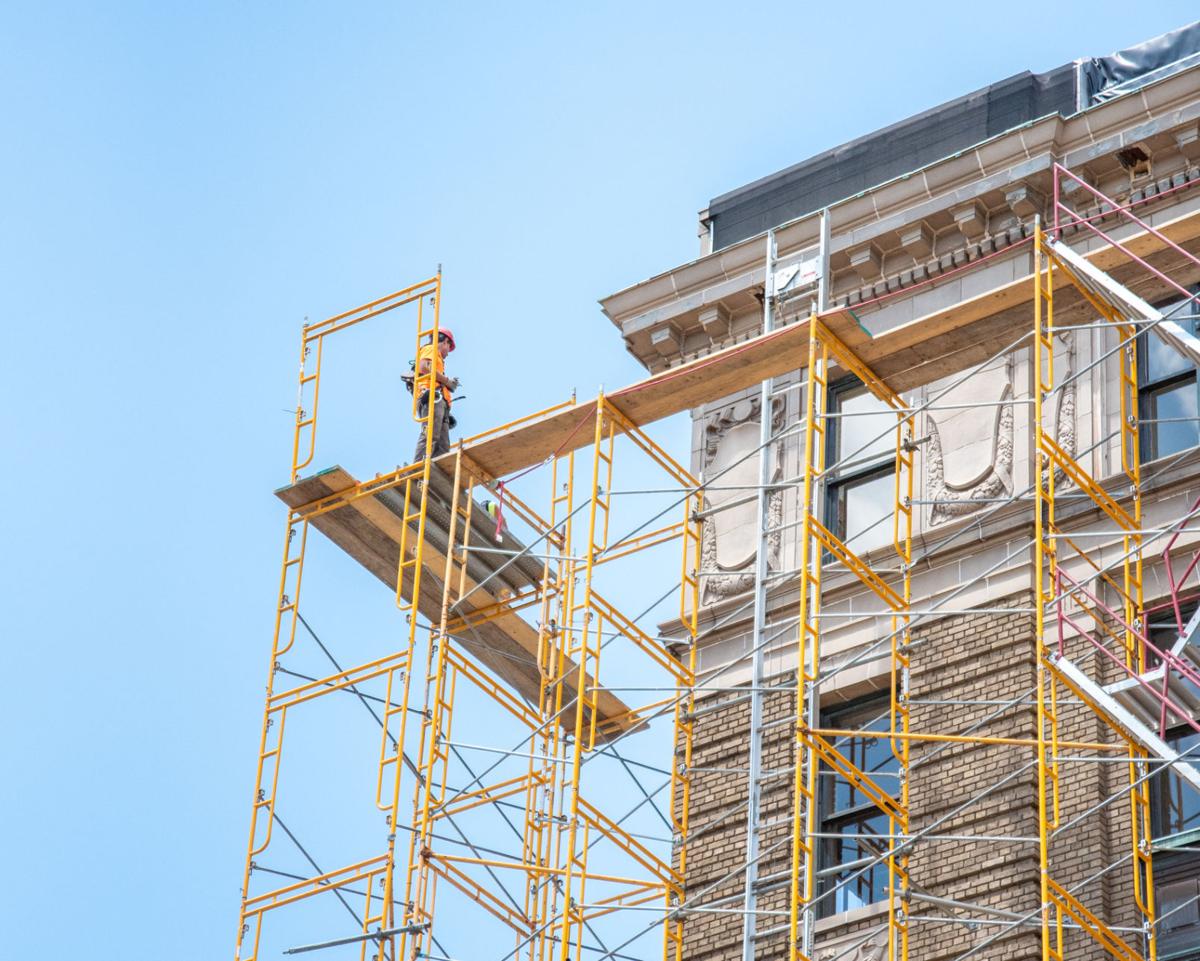 A worker stands atop the scaffolding at the Manny Hanny building in Olean. 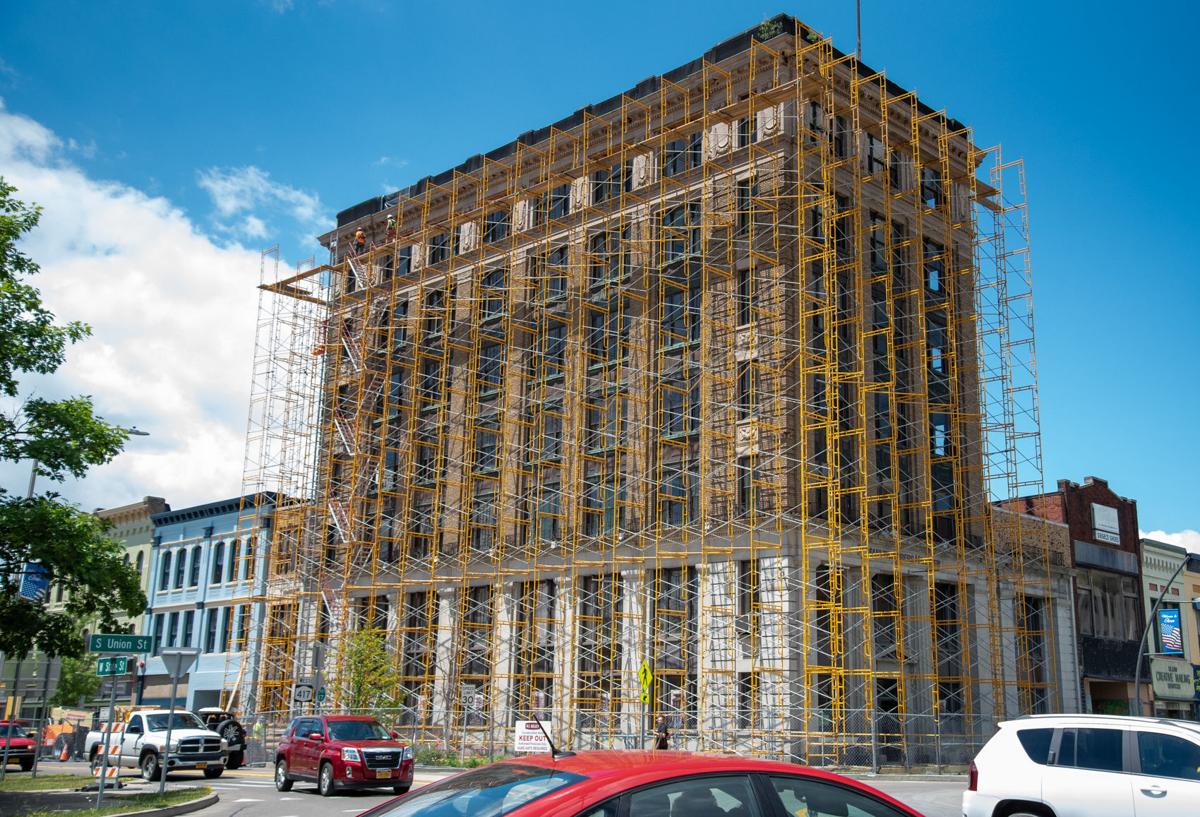 A worker stands atop the scaffolding at the Manny Hanny building in Olean.

A $700,000 project to restore the masonry facade of 101 N. Union St. — the 105-year-old former Manufacturers Hanover building — began this week with towering scaffolding being erected to reach the cornices along the roof line.

The building is currently owned by the city Urban Renewal Agency, which received a pair of state grants to cover $750,000 in facade and stabilization work before it is transferred to private ownership of Savarino Companies, a Buffalo-based developer.

Contractor R.E. Kelley was tasked with the job following bidding in May. The firm is familiar with the structure, having been tasked with inspecting the facade in 2012 after almost 100 years of freeze-thaw cycles dislodged portions of the cornice, sending baseball-sized pieces of concrete plummeting to the sidewalk seven stories below.

The project originally included a roof replacement, but URA officials and developers agreed that the focus should be on exterior restorations and stabilization, with the developer to put a new roof on the structure.

Redevelopment of the site — first considered almost a quarter-century ago — has hit several milestones over the past two years and could be a year away from opening.

In May, the Cattaraugus County IDA considered tax breaks for the project — the fourth time the IDA has eyed such breaks for a developer in the last 25 years. The firm filed an application for sales tax, mortgage recording tax and property tax exemptions worth an estimated $1.1 million.

Biden says he would meet with Trump if Trump asked

Savarino said the redevelopment project will be funded through private investment, $2 million from the city’s Downtown Revitalization Initiative award, around $7 million in federal New Market Tax Credits and historic preservation tax credits. Plans to include low-income housing — partially funded by Low-Income Housing Tax Credits — were scrapped in 2019 for the market-rate apartments.

The building opened for business as First National Bank on April 1, 1915. Passing through several owners via bank mergers, the final tenant — Manufacturers Hanover Bank — moved out by 1994, with the building sitting vacant for more than two decades.

Following several ownership changes, the property was purchased by the URA in 2010. Shortly thereafter a firm attempted to develop the site, but pulled out. It took four requests for proposal between 2011 and 2017 before Savarino stepped forward.

While the building is occasionally referred to under the Manufacturers Hanover name, the long-time nickname Manny Hanny has taken on a legal status — the grants to perform the work were awarded with a project title indicating the nickname. Developers have said they plan to rename the complex.

While developers hope to begin shortly, several steps need to be taken before work can begin.

The City of Olean Planning Board has set a public hearing for 6:30 p.m. July 13 on the site plan to redevelop the site. In addition, the URA also needs to transfer title to the property to Savarino — which can not occur until after the end of the current project.

Developers told the planning board in late June that they expect to take title later this month and immediately begin renovations, with an 11-month estimated construction period.