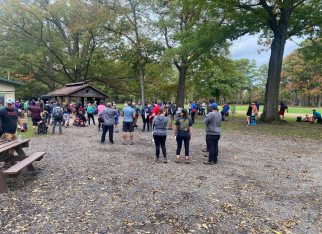 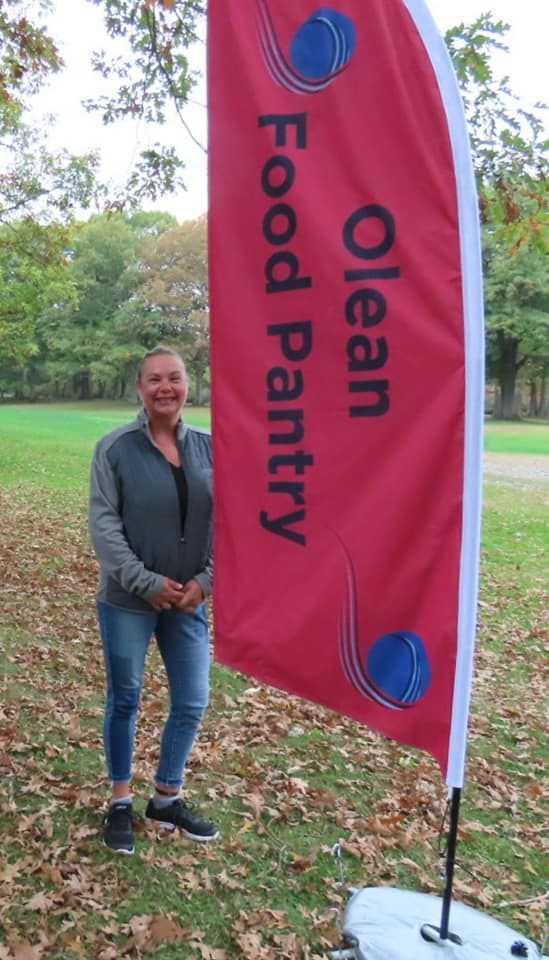 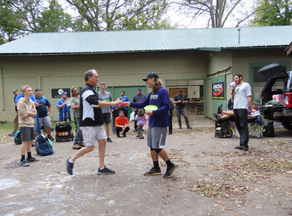 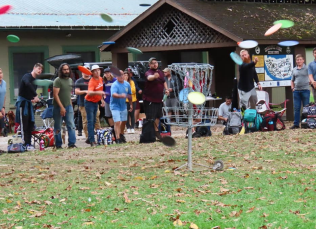 Competitors in the Ring of Fire contest at the Gargoyle Classic Disc Golf Tournament Saturday in Gargoyle Park.

Competitors in the Ring of Fire contest at the Gargoyle Classic Disc Golf Tournament Saturday in Gargoyle Park.

“The Gargoyle Classic was a huge success and it was so rewarding to see the park full of disc golfers young and old, veteran and novice, coming from every walk of life,” said Rich Longer, president of the Twin Tiers Disc Golf Club. “That’s what makes this sport so great. It truly is for everyone and you will see that when you come out here.”

• In the Pro Division, professional men’s champion Mikey Broderick of Cuba set the course record of 43 at 13 under par. Lavon Stoltzfus and Matthew Hess took second and third respectively.

Contestants weren’t there just to compete, though. Over lunch, players participated in a basket toss fundraiser, raising $151 for the Olean Food Pantry, which has seen an increase in demand over the past year. The Hungry Burro food truck was provided by Package My Bud, which presented the tournament.

“The Olean City Council approved the free-to-play disc golf course this past November and the park has seen an influx of activity since 18 targets were installed in May,” Longer said. (The course was officially opened on July 25.) The subsequent installation of tee pads has allowed locals and tourists to enjoy the course at their leisure.

As for the future, “Olean was selected to host New York state’s first Collegiate Regional Qualifier at Gargoyle this coming March,” Longer said. “The top two schools will be awarded two of 50 coveted bids to the National College Disc Golf Championships in April.

“Everyone should be proud of this achievement for Olean and look forward to the future of disc golf at Gargoyle Park,” he added.

Anyone interested in being an event sponsor for the state’s first Collegiate Disc Golf Qualifier in March, or for more information, email twintiersdiscgolf@gmail.com.