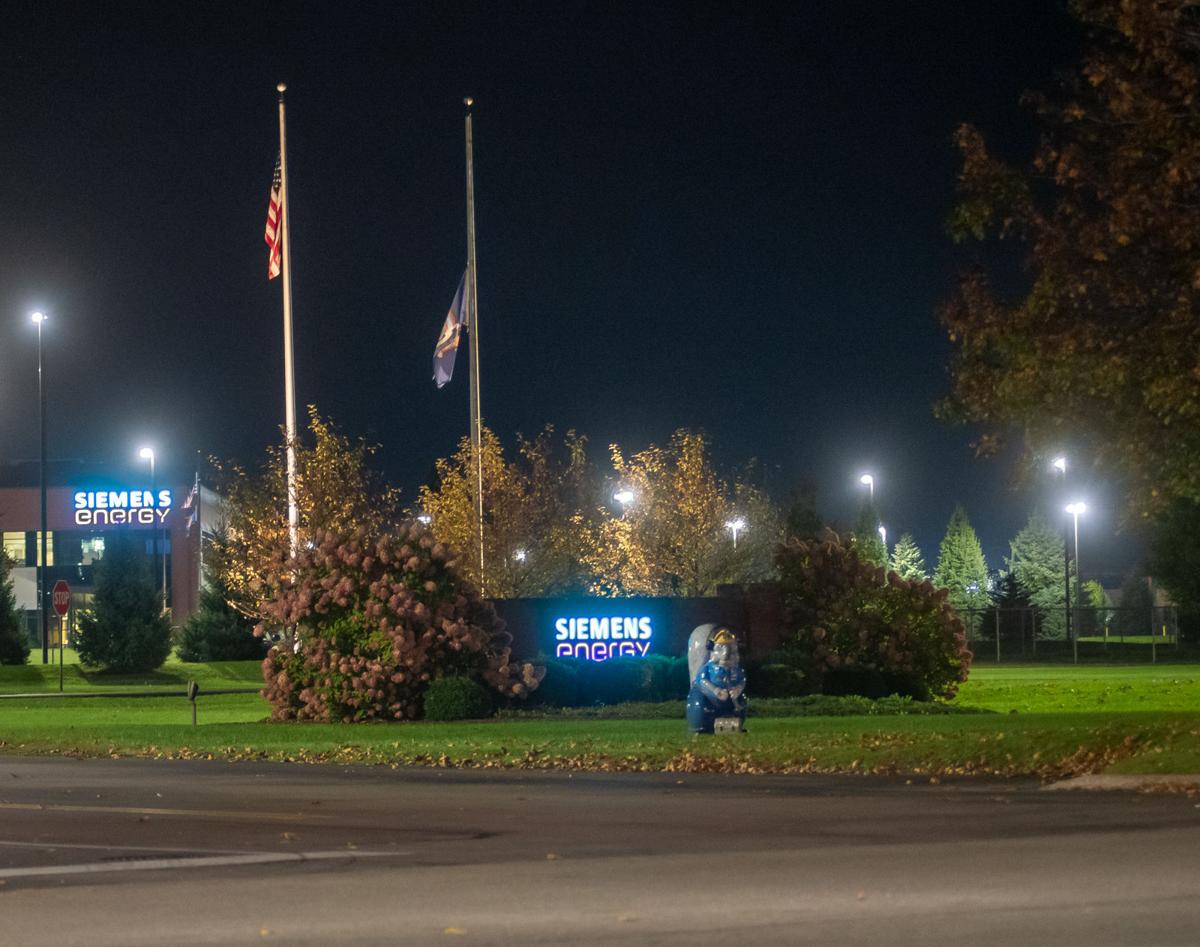 The Siemens Energy plant in North Olean is for sale, with a listed price of $7.5 million, as more than 500 steelworkers have been or will be laid off as the Germany-based conglomerate moves production to other sites.

The Siemens Energy plant in North Olean is for sale, with a listed price of $7.5 million, as more than 500 steelworkers have been or will be laid off as the Germany-based conglomerate moves production to other sites.

OLEAN — City aldermen called on Siemens Energy to sell its North Olean campus to a company interested in keeping more than 800 workers employed — but not for a warehouse.

The call for action in the form of a resolution Tuesday evening echoed the statements of Sen. Majority Leader Chuck Schumer, who came to Olean on Monday to offer his support for a sale to support the 530 steelworkers and over 300 others who have been employed at the site.

The resolution was proposed by council President John Crawford, D-Ward 5 — a former Dresser-Rand employee whose grandfather worked at the site in the days of Clark Brothers — and seconded by Paul Gonzalez, D-Ward 3. Later, all aldermen were added as cosponsors.

The resolution offered its support to the displaced and soon-to-be-displaced workers, and asked Siemens Energy to sell the former Dresser-Rand facility for compressor manufacturing to “a qualified employer, one who will invest in its workforce and its community,” Crawford said.

Siemens announced in February it planned to close the Olean plant and move the manufacturing to other U.S. sites, affecting more than 500 United Steelworkers Local 4601 workers. Around 100 jobs were to be opened up in Painted Post to compensate for the lost workforce in Olean. More than 300 other workers — including engineers, managers and administrative staff — it was announced would be unaffected.

An online listing for the 88-acre site asks for $7.5 million. Crawford said Tuesday that multiple offers and bids have been put in on the site.

Crawford said he has a simple message for Siemens leaders — and it is important that they hear the same message from everyone advocating for the facility and its workers.

“It sucks that you’re pulling up and you’re ending this industry that has given and supported so many of our lives,” he said, but the firm needs to sell the site to “not just a developer who’s going to mothball it and slice it and dice it.”

The goal should be to access its greatest asset, he said.

“Its workforce is one of the most killed in the world,” Crawford said, adding that new jobs should be for the experienced steelworkers, engineers and others, “not an Amazon warehouse — that’s not the answer.”

The resolution received such support that Mayor Bill Aiello — who is ineligible to vote on council resolutions — accidentally voted “yea” to amend the agenda and allow the resolution onto the floor.

Gonzalez said he worked for Dresser-Rand for nine years, “on the floor every day” and saw the skill of the workforce as something to preserve.

“I hope it makes a difference,” he said of the resolution.

Witte was encouraged to see county legislators at Monday’s meeting with Schumer and union workers, and encouraged them to throw in their support. David Anastasia, D-Ward 7, who like Witte was once a county legislator, urged the current representatives in Little Valley to sponsor and approve a similar resolution to that approved Tuesday.