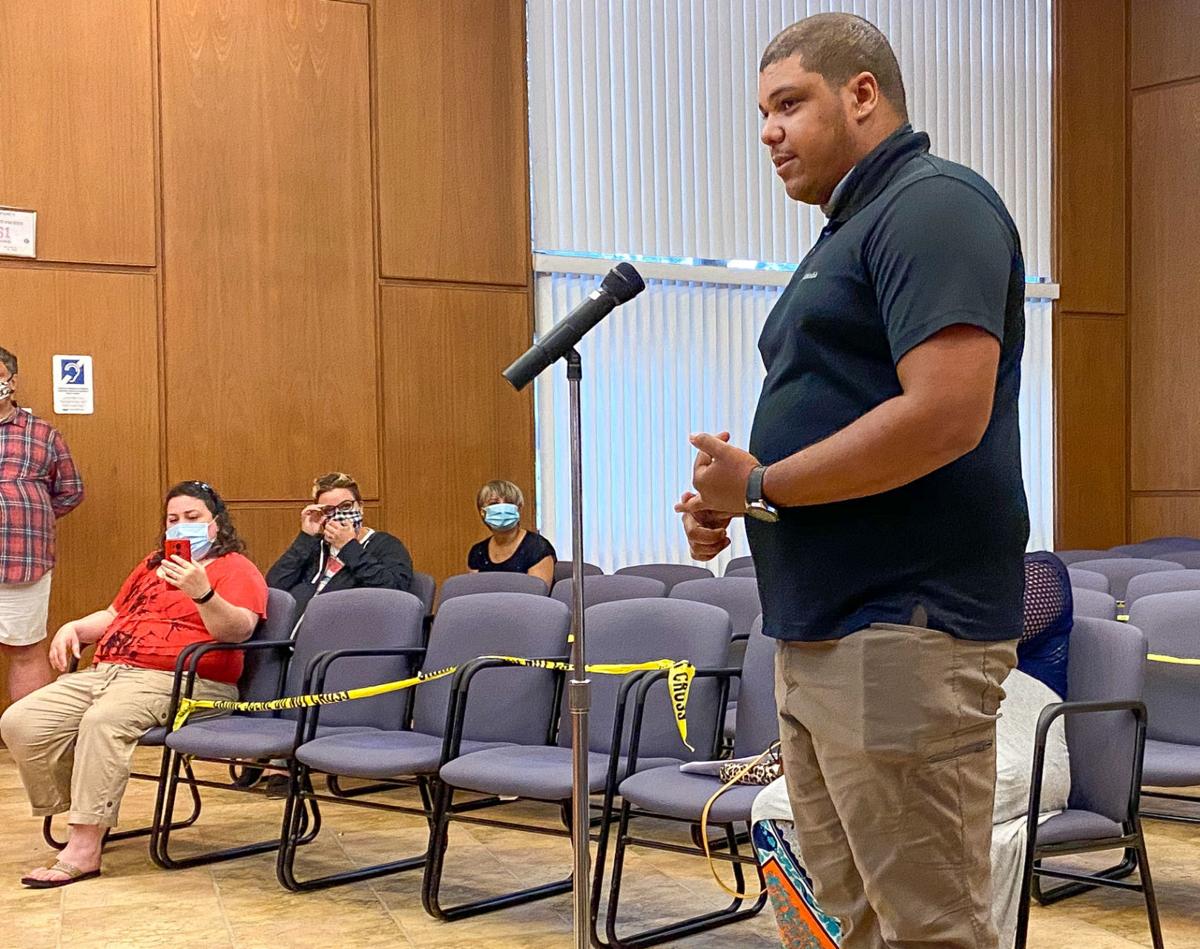 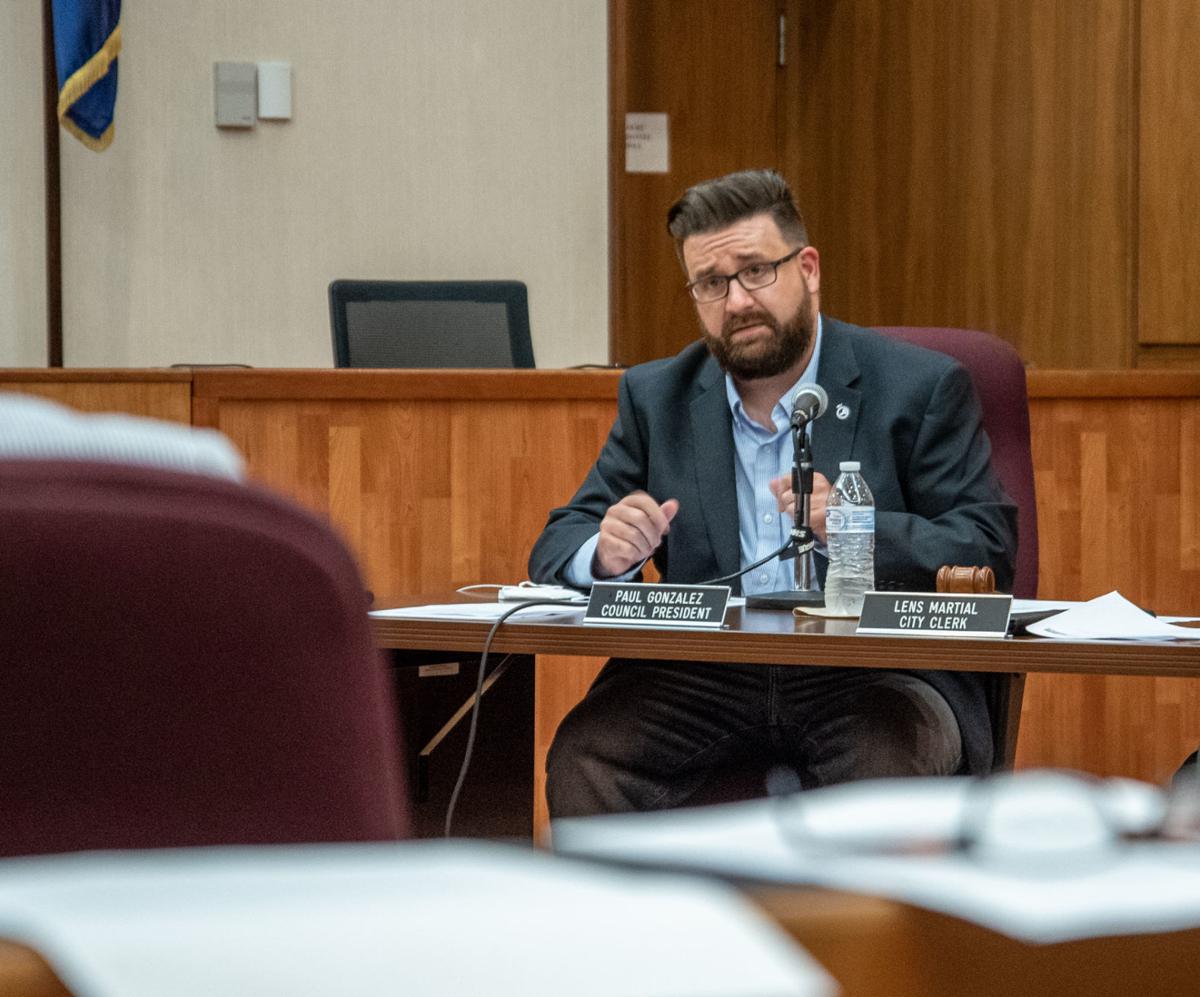 OLEAN — The majority of city aldermen threw their support behind the Black Lives Matter movement on Tuesday.

In a 5-2 vote, the Common Council approved a resolution to support the movement, create a board to help advise on racial and policing issues in the city, and “making Olean a more inviting place to live.”

“It is meant to be a beginning of the conversation,” Gonzalez said, noting that he had received feedback that the resolution was “toothless” — a feeling he wished to allay. “This serves as a means to open the discussion — not close it.”

He encouraged members of the community present at the meeting to make their voices heard moving forward.

“We can’t commit to change without your input,” he said. “We need to listen to people to understand exactly what the issues are.”

Witte and Crawford proposed changing the resolution — using suggestions from speaker Dr. Chris Stanley to change the language slightly — and also pushing for having a local board involved in the planning process for the future.

“I want to make sure this resolution isn’t coming across to our community as reactionary or lip service from an elected body which, mind you, is currently composed of all white people,” Crawford said. “I applaud Paul for bringing this before us, and I want to ensure that this resolution is only a first step — and one of many — toward strengthening our community bond across all boundaries.”

Witte said, “Sometimes Olean is this sort of little cultural melting pot,” and adding it is important to build the community’s strength by supporting its diversity.

While the public speakers were in favor of supporting the movement, several aldermen had concerns over the resolution.

“Why can’t we call it ‘all lives matter?’” DaPolito said, a slogan which has been often used by those critical of the BLM movement. “Right now, we’re concentrating on Black lives.”

Noting that “the Blacks aren’t the only slaves in the world,” he said many groups have been oppressed throughout history. He also offered his support for two Buffalo Police Department officers fired and now charged with assaulting a 75-year-old protester, noting that “the public doesn’t know the procedure” for how to maintain order in a riot situation.

“I’m not sure the group Black Lives Matter is a cause that needs to be supported,” Panus said, later adding to Gonzalez, “if you want this to go through, I think it needs to go back to committee.”

Dougherty said he was concerned with distinguishing between the movement and certain groups nationwide using the BLM moniker while committing violent acts like arson.

Before the vote, Dougherty asked that the resolution be amended to reflect that the council was supporting the movement, but the change was not made.

“I encourage you to interpret that how you will,” Gonzalez said.

BMI Salutes Its Top Songwriters For The 2020 BMI Pop Awards

Mayor Bill Aiello did not take a side during the debate, but noted that he has been tasked with forming the mandated task force to gather police, political and community involvement for policing.

“I would be welcoming a lot of advice from a lot of community members,” he said, adding the plan needs to be sent to Albany by April.

In a two-hour meeting — the first open to the public since the beginning of the COVID-19 pandemic — 13 speakers swapped in and out of the council chambers to maintain social distancing and capacity requirements to speak in support of BLM. Some offered praise for the resolution, while others were critical that the resolution did not provide for more action.

Several speakers alluded to the youth of the protesters, who are becoming more involved with politics and want to see change.

“The city of Olean is getting younger, it’s getting more diverse,” said Daniel Gayton. “They feel they are not being listened to.”

Other speakers were more direct, noting that voter registration drives have been held at the rallies and candidates for office are being sought.

Gayton added that he was concerned by the words of several of the aldermen on Tuesday, a sentiment also shared by other speakers and many of the 3,000 members of the Olean Racial Justice Coalition Facebook page.

“I hope you sleep well at night,” he added. “You isolated a whole section of the community.”

He added that a focus on community involvement by police is crucial to helping heal.

“We have an opportunity in this city to change the way you police this city,” he said, appealing to the mayor to take advantage of the community’s input instead of letting the committee become a “rubber stamp.” “I know your heart. Don’t let that happen. Don’t get caught up in the politics.”

Justice Peterson said that the number of times he has been told he “fits the description” of a person of interest “removes hope” from those profiled.

And having served in a Virginia sheriff’s office, he said he understands why the system is flawed.

“Police officers are underpaid, undertrained,“ he said, and have adopted a militaristic attitude. “Law enforcement needs to change on a national basis. We are behind.”

He said that while he originally did not want to speak, he felt it was his time to stand up and offer his help to fix the problems.