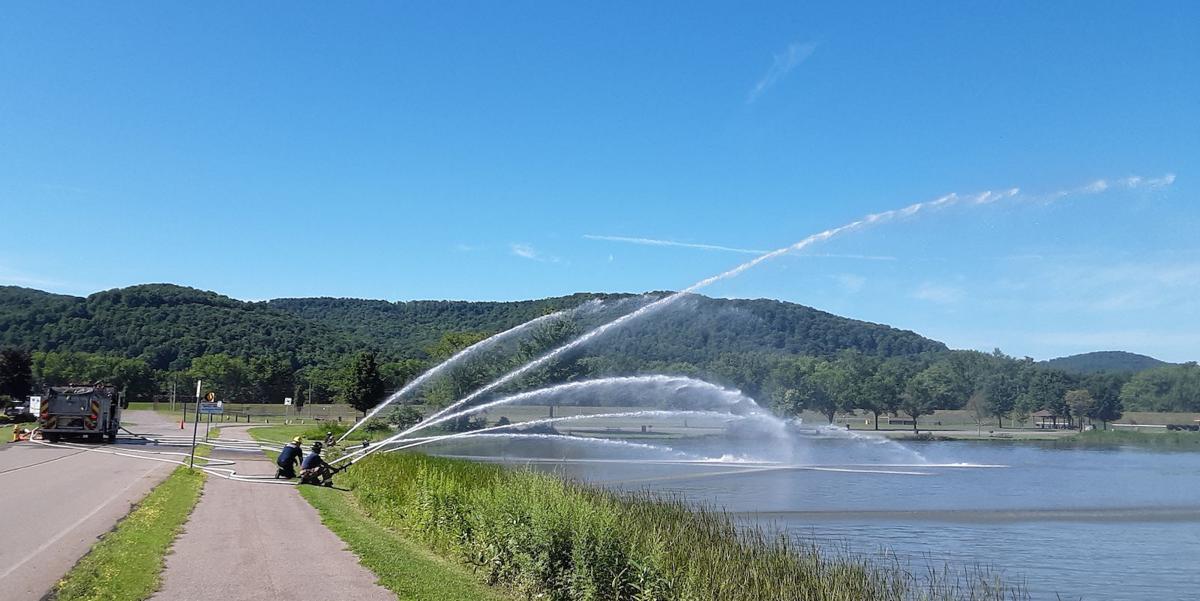 OLEAN — Arcs of water from five fire hoses and a truck-mounted water cannon created mini rainbows in the morning sun over Forness Pond.

The scene involving an Olean City Fire Department pumper Friday morning looked for a few moments like a firefighting tug in New York Harbor as the jets of water arced and cascaded into the pond in Forness Park.

A reporter stopped to ask a simple question: "What are you guys doing?"

"We have a couple of new recruits and we're getting them out here, getting used to the different hoses," he said.

Bauer said the drill consisted of hooking the pumper up to a nearby fire hydrant and then deploying the pumper's various hoses and the top-mounted water cannon.

He explained that the truck can pump water at 100 pounds per square inch, although the flow from a newer hydrant in the city will provide 50 psi.

"It's good to get everyone out," Bauer said of the training session.