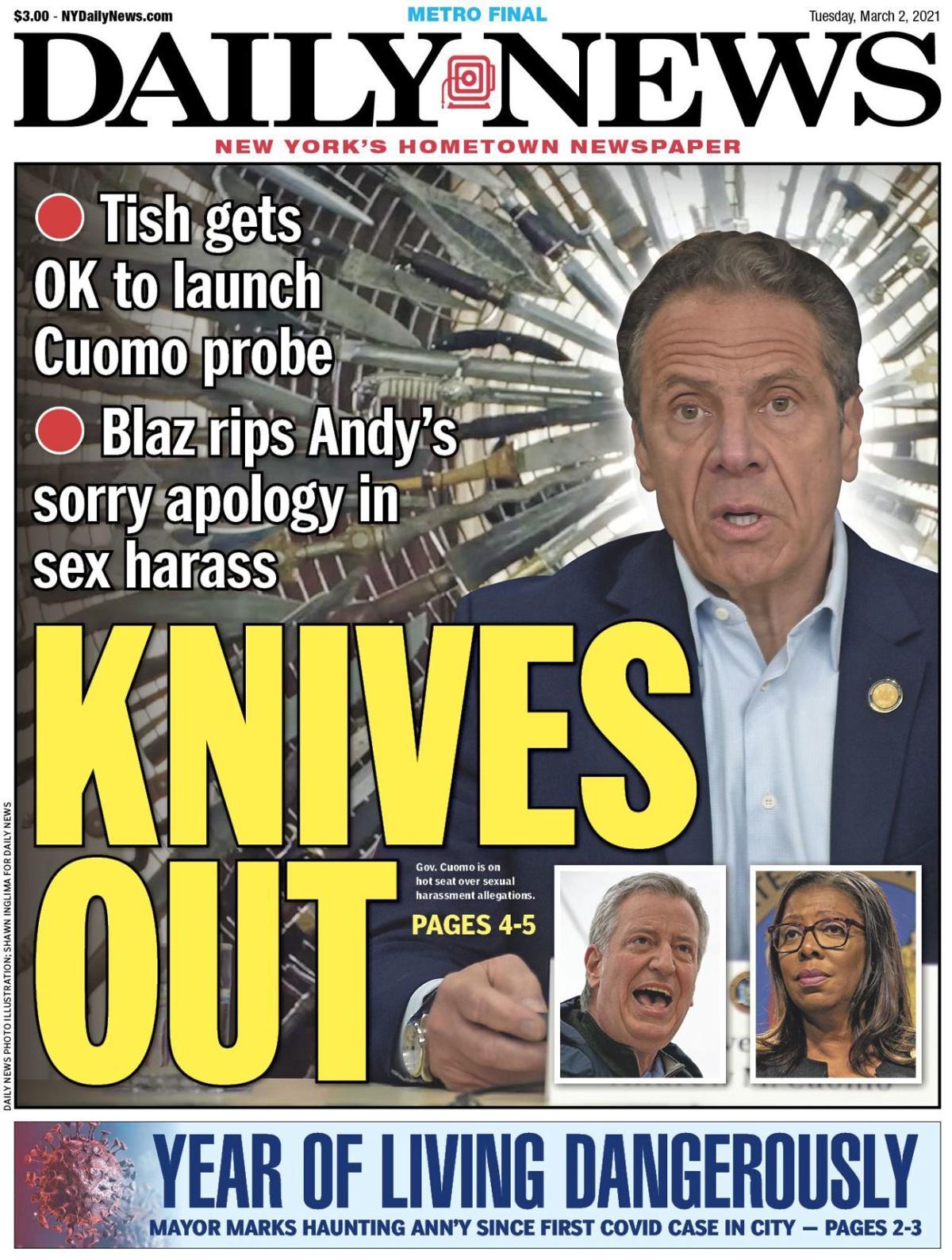 ALBANY (TNS) — A handful of Gov. Cuomo’s fellow Democrats have called on him to step down amid mounting sexual harassment allegations.

State Senate Majority Leader Andrea Stewart-Cousins, D- Yonkers, says she’s poised to join in the chorus should another woman come forward with claims against the governor.

“Any further people coming forward, I would think it would be time for him to resign,” she told Spectrum’s “Capital Tonight” on Thursday. “Quite honestly, I am so, so disappointed that here we are in 2021 and we are having these conversations on the heels of #MeToo.”

Dozens of Democrats have already said Cuomo should resign in recent days as three women have come forward and detailed allegations of sexual harassment against the governor.

Stewart-Cousins, who revealed she has not spoken with the governor since the allegations were made public, had previously said whether Cuomo steps down should depend upon the results of a probe being conducted by Attorney General Letitia James’ office.

Cuomo said Wednesday during a press conference that he is “sorry for whatever pain I’ve caused anyone. I never intended it. And I will be better for this experience.”

The governor, who has denied physically assaulting anyone, said he felt “embarrassed,” but has no plans to resign.

Asked about her relationship with the governor as the Legislature prepares to negotiate the state budget ahead of the April 1 deadline, Stewart-Cousins said she struggles with the fact that allegations of harassment are an issue in 2021.

“I am at a place, and we are all at this place, where it’s always hard when you think something is resolved, and find that there is still so much work to do,” she said. “I applaud women who have been through this for coming forward.”

It wasn’t clear how Stewart-Cousins determined that four accusers would be a turning point, which was noted by Sen. Thomas O’Mara, R-Chemung County, during a floor discussion Friday on a measure rolling back Cuomo’s pandemic authority.

“Since when does zero-tolerance require four victims?” O’Mara said.