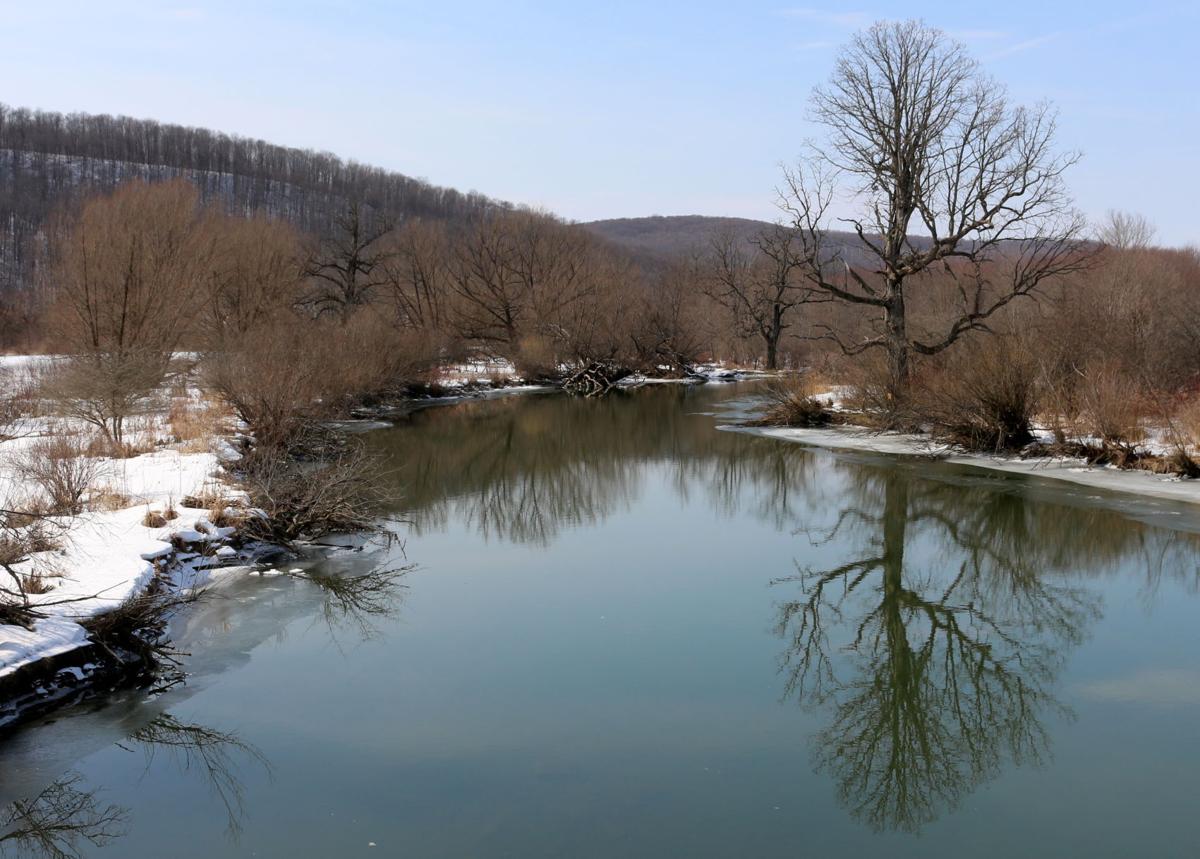 Ischua Creek in the town of Franklinville. New York state voters will decide in November whether the state constitution should be amended to include a right to clean air and water, as well as a “healthy environment.” 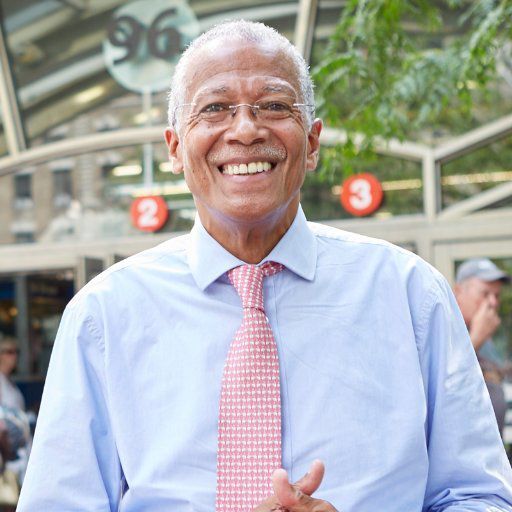 ALBANY (TNS) — This November voters will decide whether the state constitution should be amended to include a right to clean air and water, as well as a “healthy environment.”

Getting that proposition on the ballot took years of pushing by environmental organizations. They say it places the idea of a clean environment on the same level as other basic rights such as freedom of religion, trial by jury, freedom of speech and even the right to play bingo (yes, that is specified in the state constitution’s Bill of Rights).

Moreover, the concept of a “Green Amendment” sounds like something that would easily be approved by voters. After all, who doesn’t want clean air and water and a healthy environment?

But months ahead of the vote, the proposal has become a source of debate, with opponents calling it a boon for trial lawyers and another impediment to doing business in New York.

{p class=”krtText”}”This proposed Green Amendment will lead to an explosion of litigation,” said Tom Stebbins, executive director of the Lawsuit Reform Alliance of New York. He sees such an amendment as a giveaway to New York’s politically powerful and deep pocketed trial lawyers who he says are constantly looking for new ways to pursue lucrative lawsuits.

{p class=”krtText”}The Business Council of New York State also says its members fear the litigation and uncertainty over lawsuits that could result.

{p class=”krtText”}”Courts would have to situationally determine what exactly constitutes a ‘healthful environment.’ This degree of uncertainty would prove remarkably cumbersome,” reads a Business Council memo against the measure.

{p class=”krtText”}But supporters say the fears are overblown and they note that court precedents will shape the contours of how these new rights, if approved, are enforced.

{p class=”krtText”}”If the voters approve it in November, this language will finally put in place safeguards that require the government to consider the environment and our relationship to the Earth in decision making,” said Manhattan Democratic Sen. Robert Jackson, who sponsored the bill in his chamber.

{p class=”krtText”}”If the government fails in that responsibility, New Yorkers will finally have the right to take legal action for a clean environment because it will be in the state constitution,” he said.

{p class=”krtText”}Having the right to a healthy environment in the state constitution could also “course correct” the history of putting polluting industries near or in disadvantaged communities, added Eddie Bautista, executive director of the New York City Environmental Justice Alliance.

{p class=”krtText”}”Enshrining a right to clean air and clean water into our state constitution will help empower those who suffer the effects of pollution,” said Bautista.

{p class=”krtText”}Specifically, the amendment if passed would say that “Each person shall have a right to clean air and water, and a healthful environment.”

{p class=”krtText”}Christine Primomo, a Coeymans activist who has battled the town’s LaFarge Holcim cement plant in Albany County over air emissions, said she would welcome the amendment but doesn’t believe it would be a cure-all for environmental problems. “Yes and no,” she said.

{p class=”krtText”}”It states that we have a right to clean air. It’s a simple proposition,” she said. But it might not get to the level of state or local legislation that would, say, allow or prevent LaFarge’s proposal to burn discarded tires in its kiln, which has been a source of controversy.

{p class=”krtText”}New York has no system in which the public can petition to have a state constitutional amendment put on the ballot. Instead, legislators over two sessions in a row must approve putting an amendment before the voters. Lawmakers recently approved putting the Green Amendment on the November ballot.

{p class=”krtText”}Other successful pushes to amend the constitution included the 2013 vote to allow Las Vegas-style casinos (apart from those on Native American lands) to operate in New York. More modest propositions for constitutional amendments have also passed over the years such as a 2013 change that allowed a North Country mine to expand into the constitutionally protected Adirondack Forest Preserve. In exchange, the mining firm provided more land to the preserve.

{p class=”krtText”}A Green Amendment codifying environmental rights would be a landmark move that could have sweeping impacts on how New Yorkers deal with pollution issues and on how industry operates going forward.

{p class=”krtText”}But certain industries fear that having such rights in the constitution might spur lawsuits against air or water polluters that are operating under existing legal emissions permits granted by the state. It also could put municipalities and even state government on the hook for allowing or permitting operations that violate the right to a clean environment and make companies think twice before starting or permitting new projects that could result in air or water pollution.

{p class=”krtText”}There are already a number of ways that people can go to court to fight pollution. But passage of the proposition would create another avenue outside of the legislative and regulatory arena, since Bill of Rights cases are the province of the courts.

{p class=”krtText”}”We have thousands of laws on the books dealing with environmental issues but if you look at them they are all about permitting pollution or abating pollution. None of them are about thinking about it prospectively,” said Kate Kurera, deputy director of Environmental Advocates NY, one of some 70 groups and supporters who welcomed the bill’s recent passage.

{p class=”krtText”}The fossil fuel industry, which has been hit by both price volatility and the state’s push toward renewable energy, is worried.

{p class=”krtText”}”Everyone is entitled to clean air and water, but the legislature has not defined what constitutes these rights, leaving it to the courts and endless litigation to determine,” according to New Yorkers for Affordable Energy, a group of energy industry companies.

{p class=”krtText”}If neighbors of, say, a local landfill like the S.A. Dunn landfill in Rensselaer or the Norlite incinerator in Cohoes sued on the grounds that emissions or dust or odor violated their right to a healthy environment, the courts, rather than state regulators such as the Department of Environmental Conservation, could ultimately decide an outcome.

{p class=”krtText”}”All of this will have to be tested in court,” said Kurera. “There will be certain test cases that will be needed to articulate what this right will be.”

{p class=”krtText”}”If enacted, this constitutional amendment will enshrine those rights and in turn promote investment in water infrastructure and new energy technologies,” he said.

{p class=”krtText”}WILL THERE BE CAMPAIGNS?

{p class=”krtText”}Still unknown is whether there will be heavy, and expensive, campaigns for or against the proposition. That happened in 2017 when the state’s public sector unions successfully fought a vote for a constitutional convention. They feared that anti-union activists could use such a convention to dismantle some of the civil service protections they currently enjoy under the state constitution.

{p class=”krtText”}As of mid-March, neither supporters nor opponents signaled that any such ad or publicity campaign like 2017 or with the push to approve casinos in 2013 was in the offing.

{p class=”krtText”}Additionally, the final vote in the Legislature to put it on the ballot came up fairly quickly during this year’s legislative session and opponents had little time to lobby against it, according to insiders.

{p class=”krtText”}Approval also came as lawmakers might revisit another environmental ballot measure — the $3 billion bond act that was originally planned for November 2020.

{p class=”krtText”}That bond, which would have funded a variety of environmental cleanup, land purchase and resiliency projects, was put aside last year amid the economic uncertainty created by the COVID-19 pandemic. But there was an indication in the Legislature’s budget proposals over the weekend that it is back for consideration in the state’s 2021-22 spending plan; it was not included in Gov. Andrew M. Cuomo’s budget proposal however.

{p class=”krtText”}Those on both sides of the issue agree that the term “Green Amendment” would draw a lot of support on the face of it. But there is also room for confusion.

{p class=”krtText”}The National Caucus of Environmental Legislators, which supports such amendments, takes pains to explain that this is different from the Green New Deal, the massive, nationwide public works program that some federal lawmakers have called for.

{p class=”krtText”}Pennsylvania and Montana both have similar amendments in their bills of rights and four other state legislatures are considering constitutional amendments: Maryland, New Jersey, Vermont and West Virginia.

{p class=”krtText”}Ultimately, it will be up to the voters in New York to decide, observed Blair Horner, executive director of NYPIRG, which favors the amendment.

{p class=”krtText”}”It’s not a done deal until it goes to the voters,” he said.