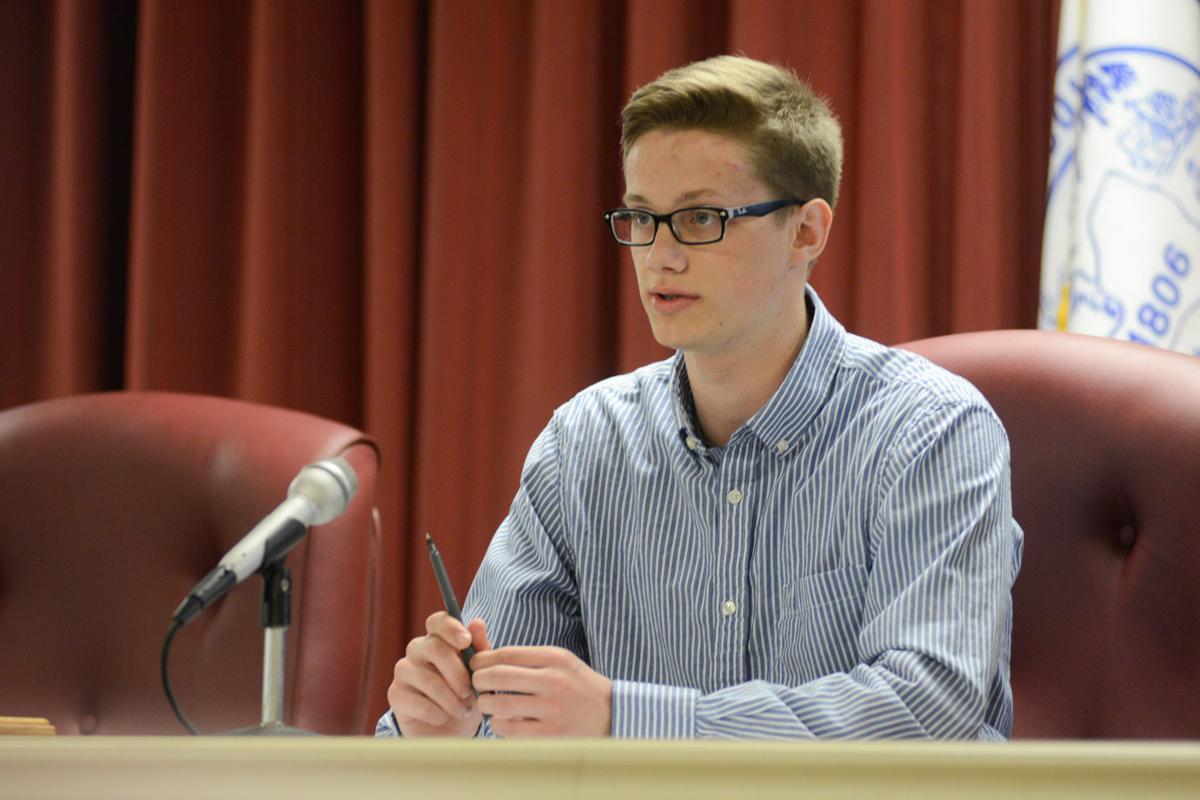 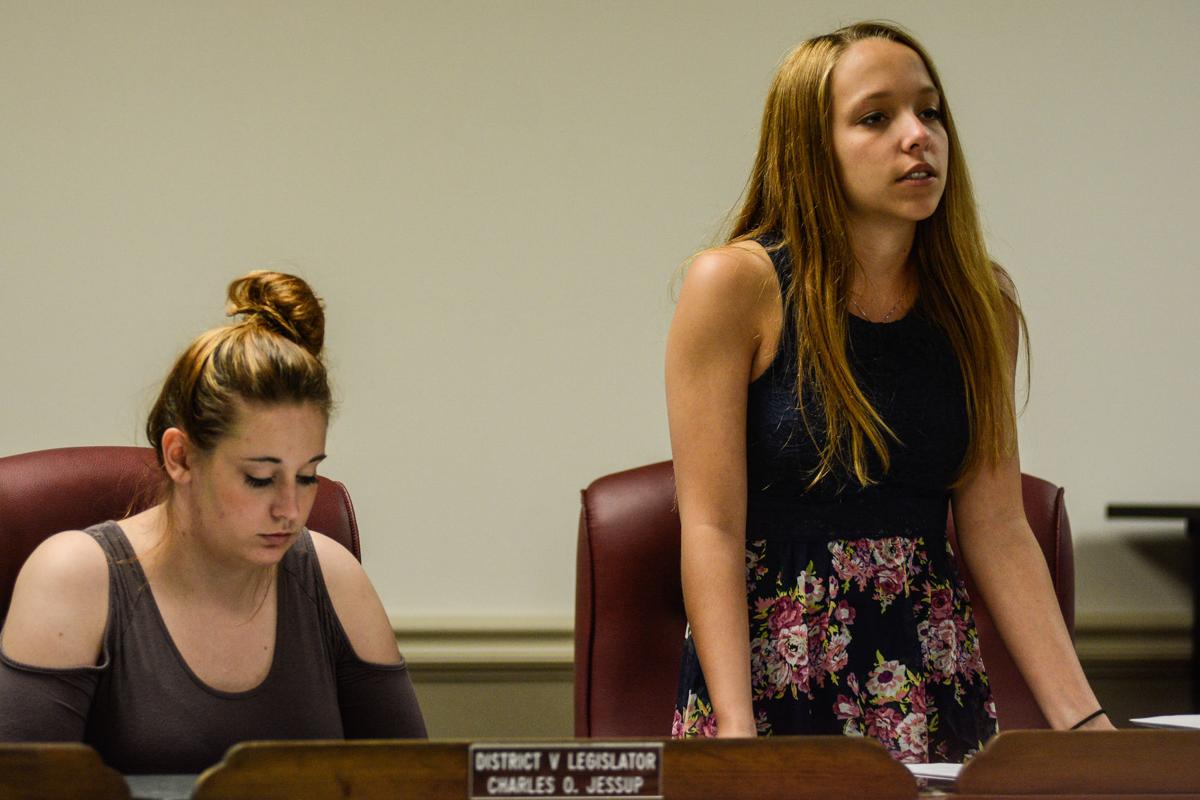 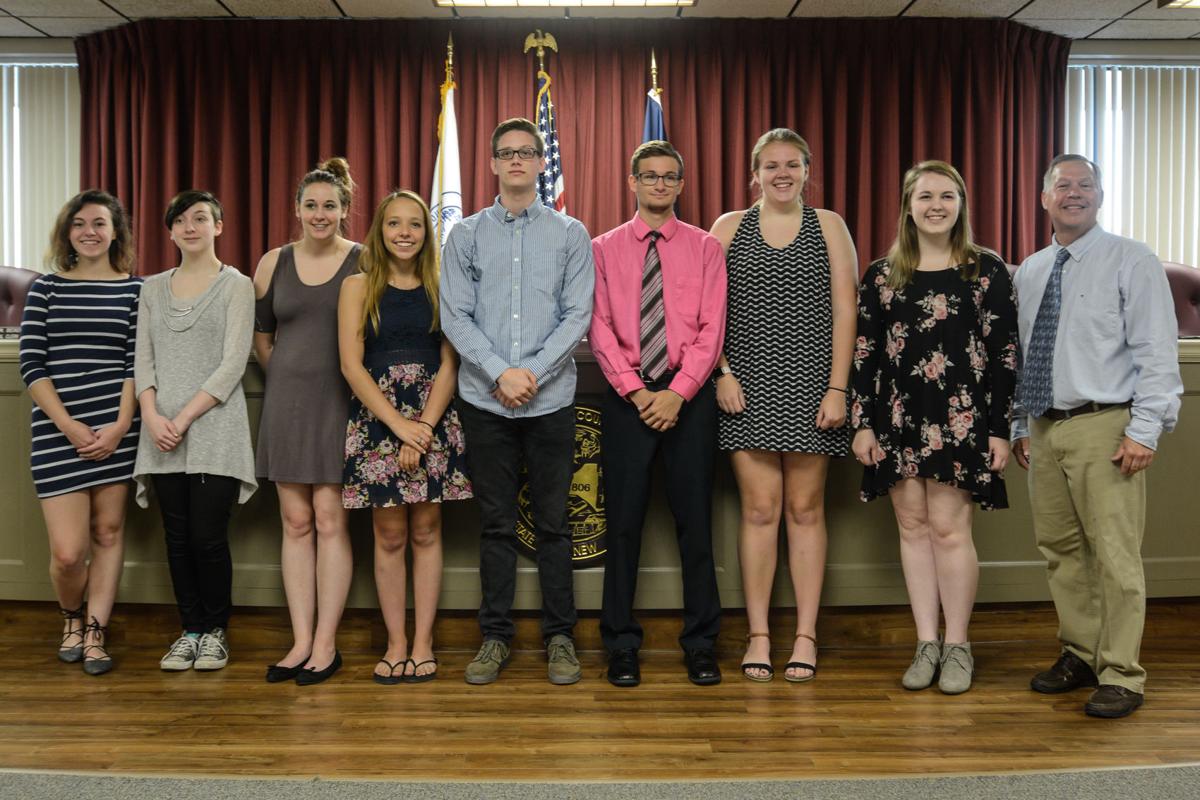 BELMONT — For decades, the legislative intern programs in Cattaraugus and Allegany counties have been “eye-opening.”

This year’s was no exception, participants said.

From school resource officers to protecting the environment, to supporting Second Amendment rights to Raise the Age, Allegany County’s high school interns carried on the annual mock Board of Legislators session Monday in the board chambers in the Allegany County Office Building.

Legislative intern programs began in Cattaraugus and Allegany counties back in the 1970s, according to instructor John Padlo, with BOCES receiving a grant to connect the county governments with the youth bureaus to set up the programs.

“This program has been going strong for over 40 years, and it’s a great program,” Padlo said. “Every year, it amazes me how adaptable and flexible the students are.”

The half-year programs alternate between the counties, with Cattaraugus County students heading to Little Valley in the fall semester and Allegany County students going to Belmont in the spring semester.

The program is taught by more than just a certified social studies teacher — Padlo, an Olean Democrat, holds a seat on the Cattaraugus County Legislature.

The program also includes a community service component and lots of out-of-class research on resolutions.

“They end up having to do an awful lot of work for the program,” Padlo said. “The only challenge we had this  year was the room changes a lot. We made it work and the students made it work. Us old-timers sometimes have problems adapting.”

Treyton Alsworth, a Wellsville senior who will be heading to Alfred University in the fall, served as chairman of the board for the mock session. He said the program offered up a new understanding far beyond the average high school civics class — which the internship replaced for the students.

“Before you go through it, in school, you get a basic understanding of how government works,” Alsworth said. “There’s a lot of work that goes into it — it’s eye-opening.”

He was struck by the specialization and the interplay between departments.

Disney to lay off 4,000 more employees than it initially reported

“Although the people here have a specific job, everyone seems to know what’s going on,” he said. “If you ever have questions, they always are willing to help you.”

Derek Bush, a senior at Andover who plans to attend Finger Lakes Community College in the fall, said that such a program was quite different from normal school. It could be as simple as how to fit a big commitment into life, he said.

The biggest challenge was getting people to agree.

“We had a very diverse group — there were a lot of different opinions thrown out there,” Bush said. “It’s breathtaking.”

Getting so many minds to agree can be difficult, but once the resolutions were ironed out in committee — just like on the real board — “usually, when you have that agreement with the committee, it usually passes unanimously,” Bush said.

Public service might be in the future of some of the students.

“I’m planning on going to law school, and after practicing a few years, and if all goes well, I’m looking at running for some kind of political office,” Alsworth said.

“I’ve actually been thinking about (running),” Bush said, but. “coming into adulthood, it’s hard to grasp on to these things.”