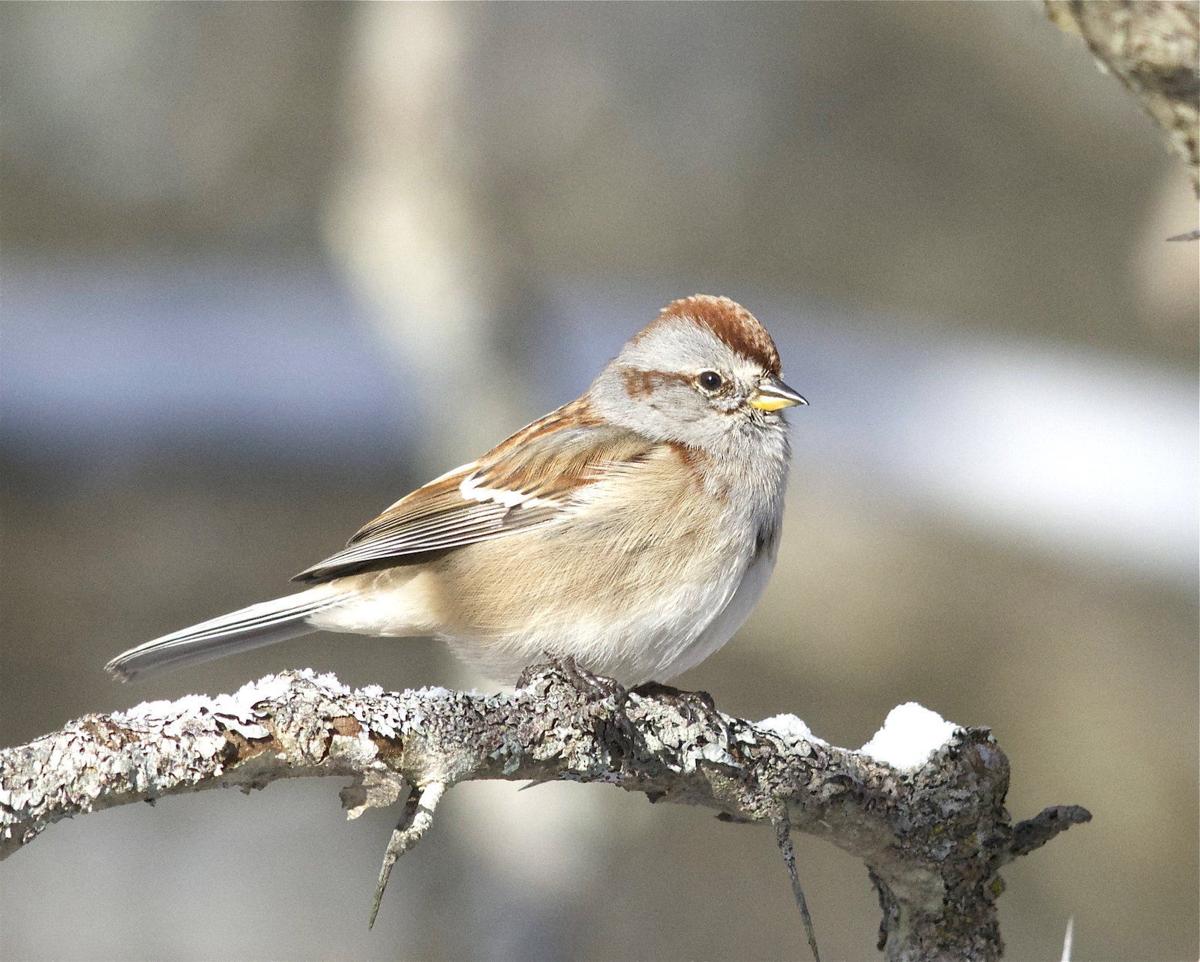 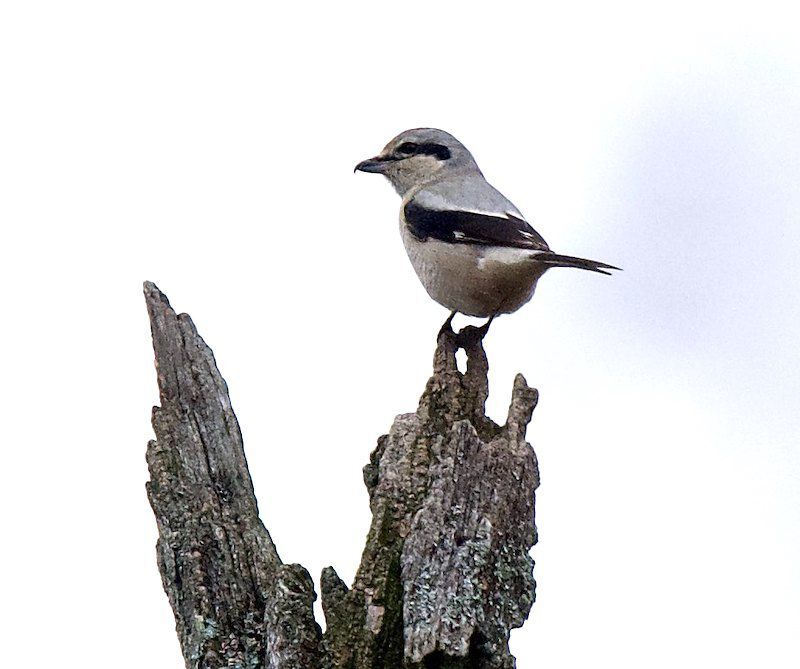 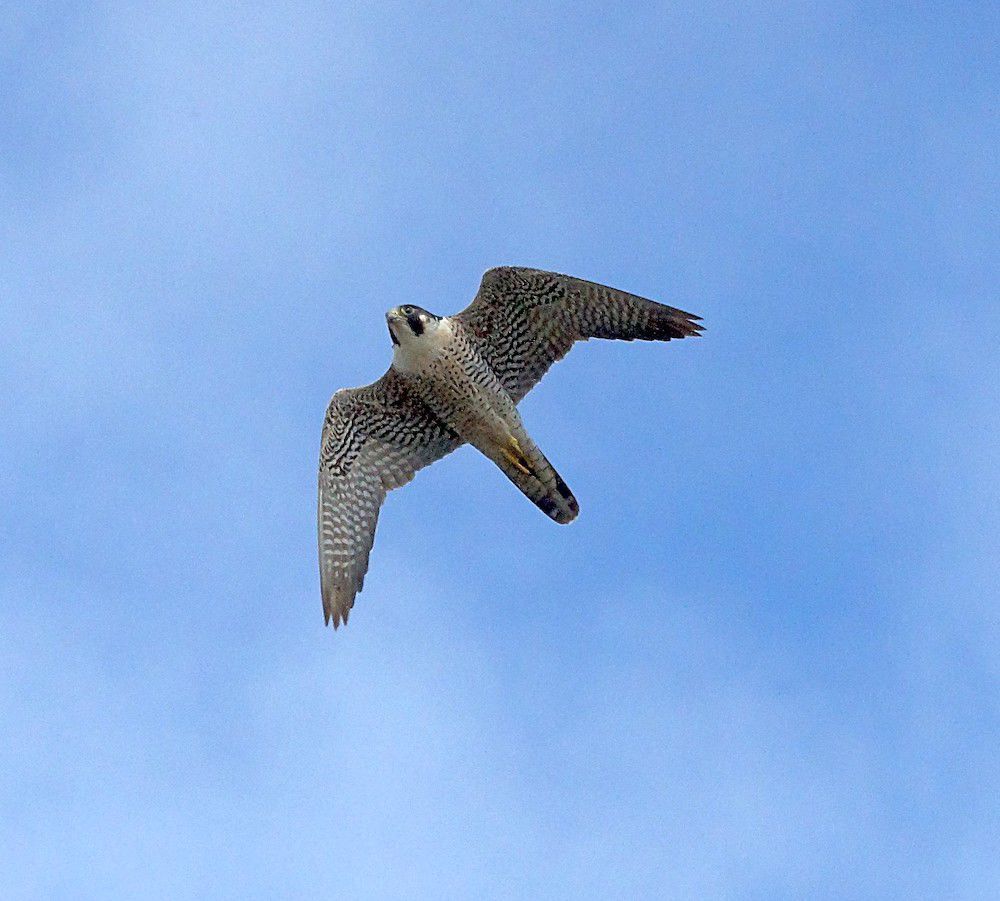 With few exceptions, it’s been a lackluster couple of months for local birding. Usually at this time of the year we expect to see a few species of winter birds from the far north but the rollercoaster of warm and cold temperatures seems to have worked against a significant influx of northern birds.

That, combined with what we’re being told is a good cone crop in the boreal forests of Canada, means birds don’t have to leave their nesting areas in search of food.

Admittedly, my birding during hunting season is limited to my own property but all I’ve seen in the way of winter birds here is a Northern shrike and a few American tree sparrows. Of greater interest to me has been a lingering Wilson’s snipe that seems to have benefited from the mild temperatures and the rainy autumn, which has left parts of my property wetter than they would have been otherwise.

The Wilson’s snipe — which used to be called common snipe — is a shorebird that, like the killdeer, can be found throughout North America in areas far from large bodies of water. On my property I generally find them during spring and fall migration but have seen them as late as December and as early as late February, depending on the weather. The snipe, which is the origin of the word “sniper,” referring to snipe hunters, is generally gone from our area by the first week of November so this one is pretty late.

And because it’s late it raises the Darwinian question of whether this individual represents the leading edge of the evolutionary curve by responding to our warming planet and not going as far south thereby ensuring an advantage in the spring when the race is on to get to the most desirable nesting sites. Or does it represent the trailing edge of the evolutionary curve by lagging behind and possibly perishing if we get a deep cold snap? It would probably take a long-term study of many individual birds to begin to answer that question but I’ll be very curious to see whether this individual hangs around all winter.

ALTHOUGH THERE'S been an absence of winter birds that doesn’t mean there’s been an absence of news and two items have caught my attention recently. The first is the possible purchase of a large tract of private land on the western side of the Allegheny Reservoir by the Western New York Land Conservancy as reported in the Times Herald. I’m not affiliated with the Land Conservancy but have contributed financially to their efforts to buy the 200 acres that has been in the Sluga family since the early 1800s.

Not only has the land been left largely undisturbed, it’s one of the few areas in Cattaraugus County that was beyond the reach of the Wisconsin glacier that covered most of the county 10,000 years ago. As a result, its ancient soils support a variety of plant life not found in areas that the glacier covered.

The WNY Land Conservancy, headquartered in East Aurora, has until the end of December to raise the money to purchase the land from the family that owns it. I researched the Land Conservancy before contributing and it appears to be a well-run organization that takes land stewardship seriously. If it's able to raise the funds necessary to purchase the Sluga property by the end of December, the tract will become an important component in the conservancy's efforts to create an unbroken migratory pathway between the great forests of Pennsylvania and the deep waters of the Great Lakes.

Plus, it will become available for public access, which is reason enough for me to dig deep into my pockets. There’s more information about this initiative on the conservancy's website and the last time I checked an anonymous donor was providing matching funds.

CNN reporter shows quarantined buildings in China ahead of Olympics

THE OTHER EXCITING development this year began in Ithaca in 2020 but was reported in October of this year and it represents a heartwarming story from an otherwise dismal year that will forever be associated with the explosion of the coronavirus. Although I’ve never been to Ithaca, I’ve paid attention to the goings-on at the Cornell Lab of Ornithology for many years and back in June 2020 a multimedia producer named Andy Johnson who works at the Lab discovered what would turn out to the the first confirmed nesting of peregrine falcons in the Finger Lakes in more than 70 years.

In order to appreciate the significance of Johnson’s discovery it’s important to understand that the peregrine falcon, like the bald eagle, was largely extirpated from North America by the mid-1960s as a result of the widespread agricultural use of DDT following the end of World War II. And like in the case of the bald eagle, the buildup of DDT in the tissue of the peregrines resulted in the thinning of egg shells, which were then crushed by the weight of the birds when they tried to incubate the eggs.

Prior to Johnson’s discovery, which can be read in its entirety by searching for the title of the article called "A Long-Awaited Homecoming for Peregrine Falcons in the Finger Lakes," the last confirmed pair of nesting peregrines in that gorge was in 1946, which corresponds to the beginning of the widespread use of DDT. It was through the successful efforts of Dr. Tom Cade, a zoology professor at Cornell University, that The Peregrine Fund was created and together with the banning of the widespread use of DDT the peregrine falcon was gradually restored to its historical nesting range in North America and its numbers continue to grow.

The restoration efforts have been so successful that the peregrine falcon has been removed from the federal Endangered Species List — although it remains on the New York list of endangered species. Johnson is a gifted writer who manages to capture the thrilling experience of encountering peregrines on their home court when they’re defending territory. The precise location of the nest is not disclosed but the images give the reader an accurate picture of the nesting requirements of peregrines and raises the hope that — perhaps one day — they’ll nest in Zoar Valley.

Until then, we can hope that the Ithaca pair return in the spring.