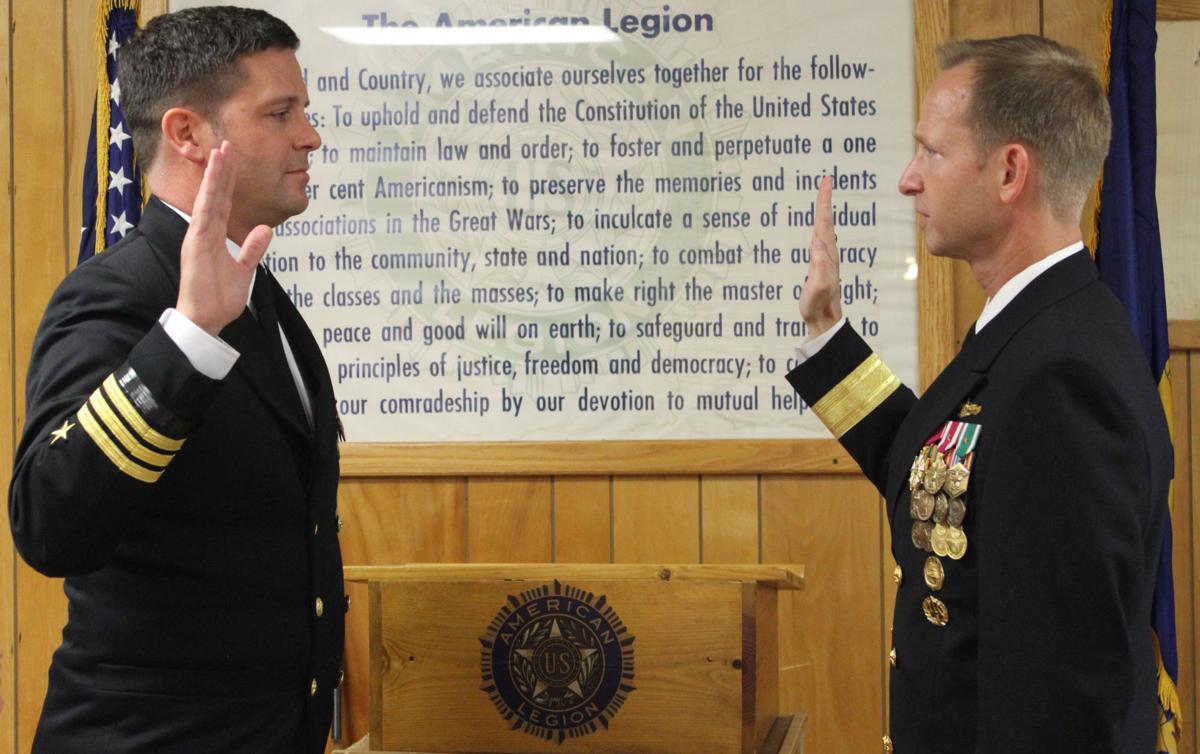 U.S. Naval Reserve Cmdr. John Plumb (left) of Randolph held his promotion to captain Tuesday night in his hometown of Randolph. He was administered the oath of office by Rear Adm. John Mustin (right) in front of more than 100 friends and family members at the Randolph American Legion. 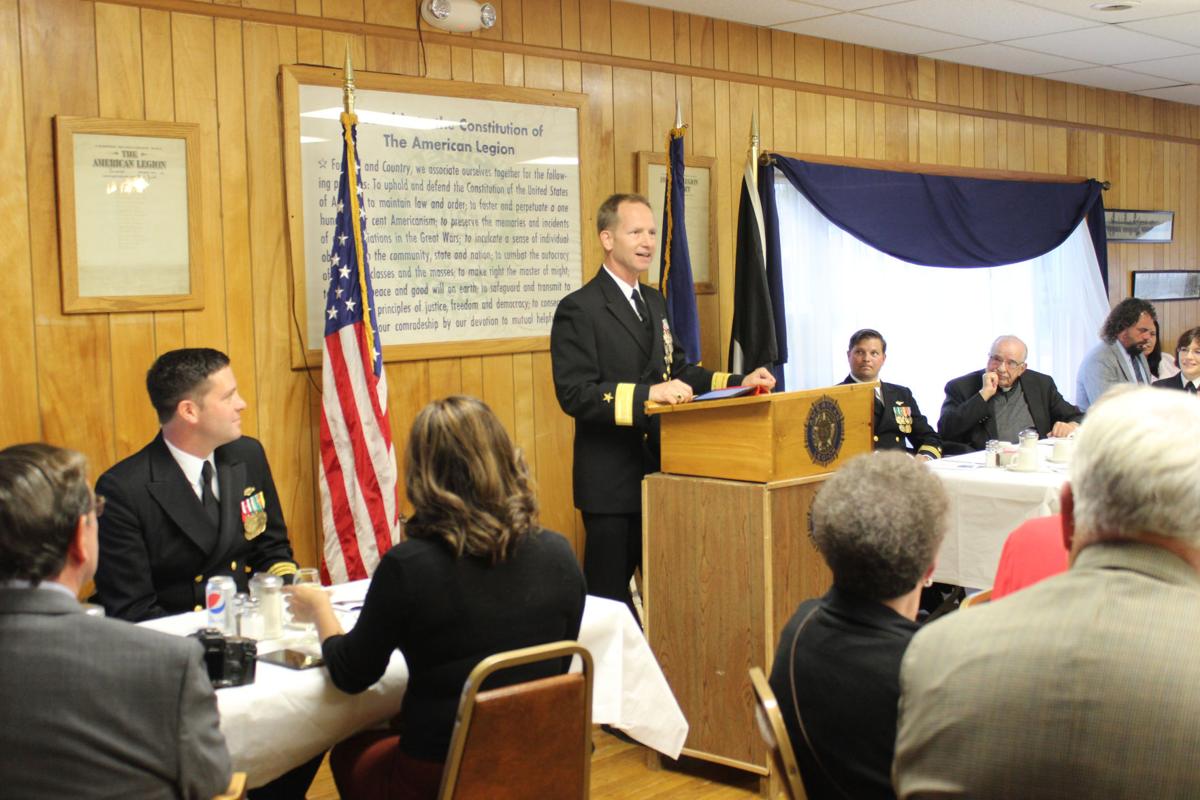 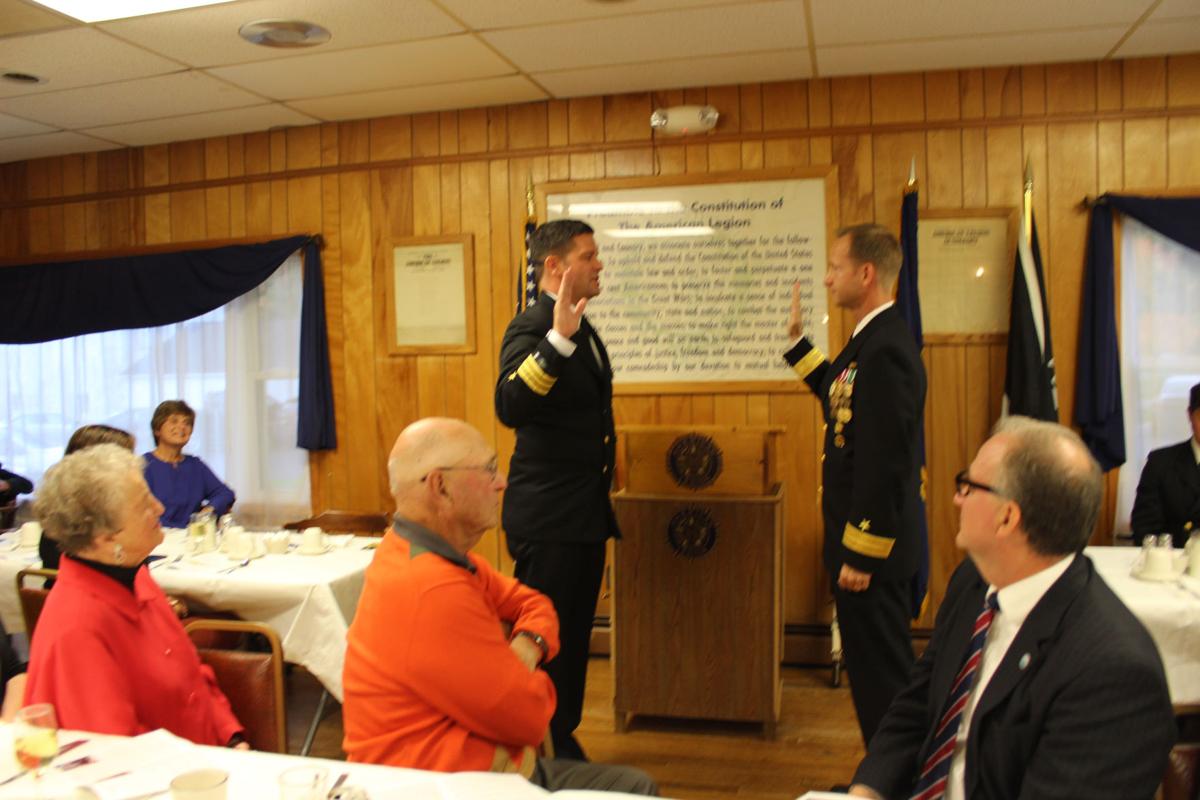 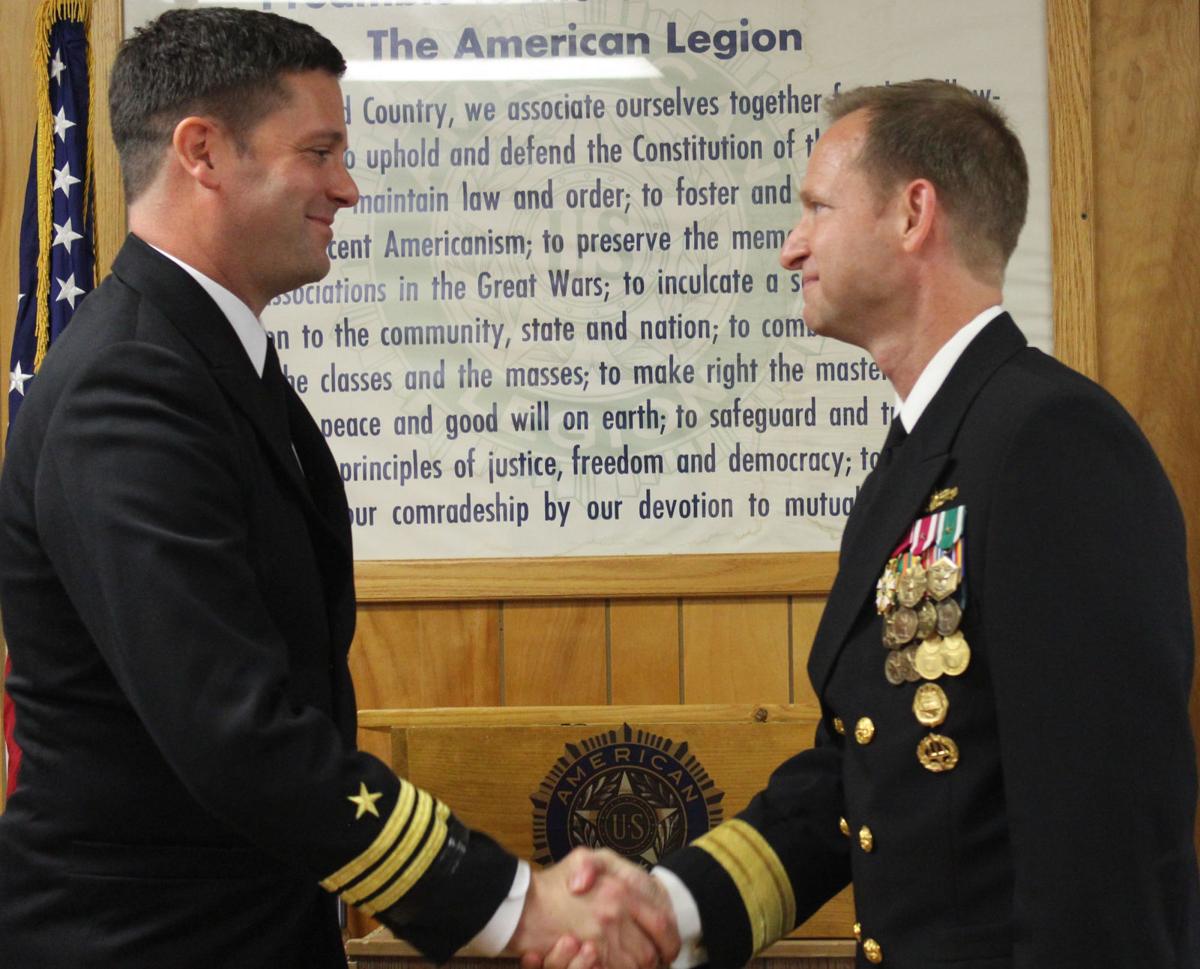 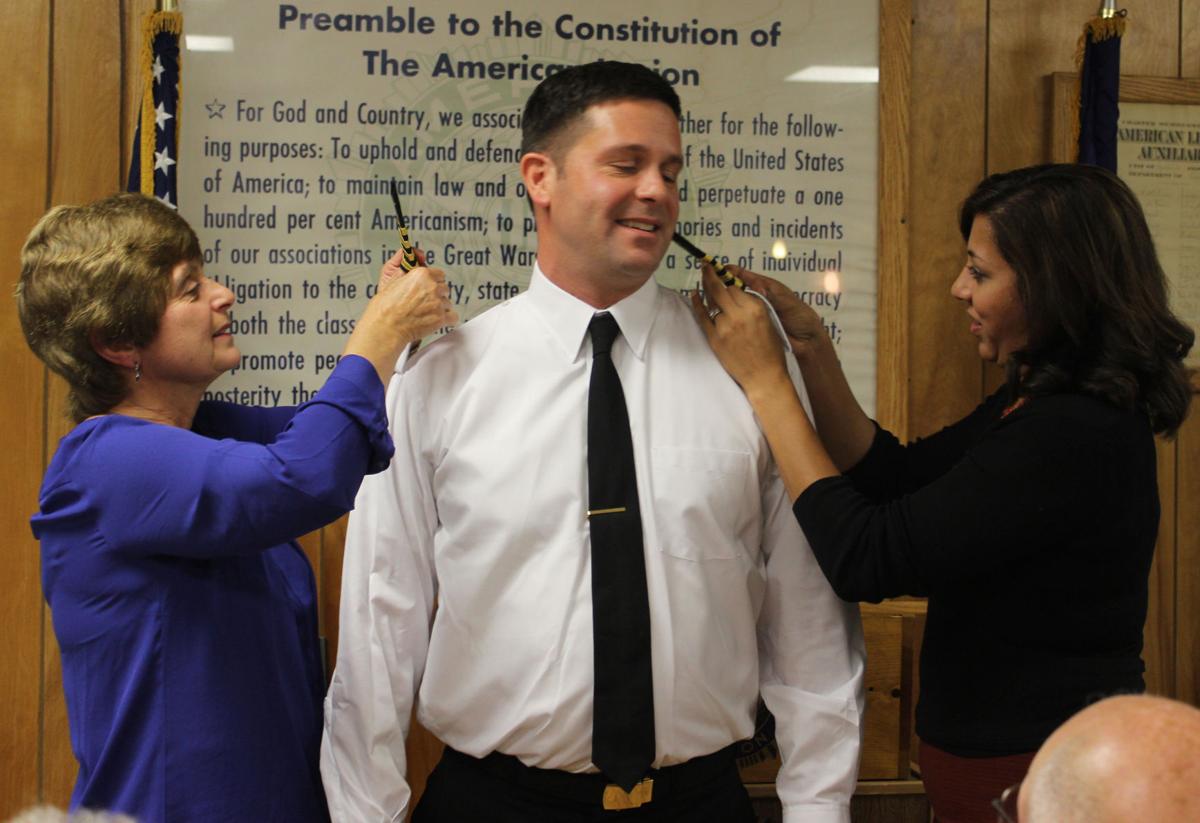 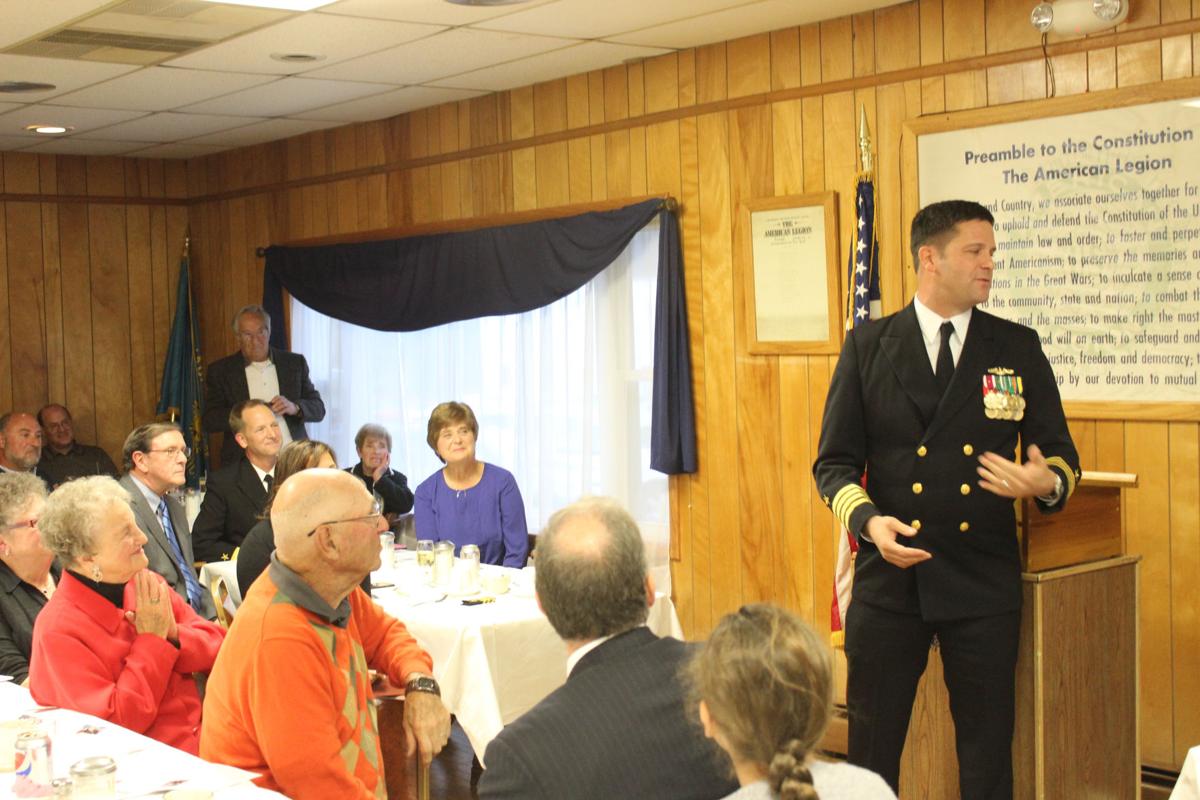 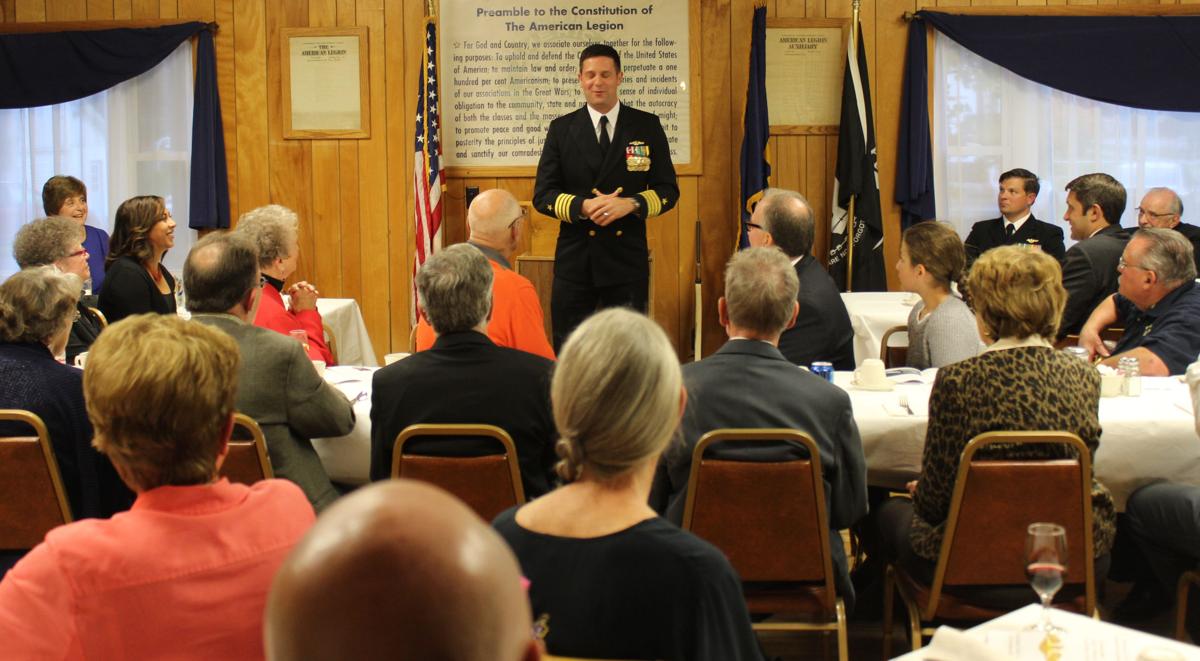 U.S. Naval Reserve Cmdr. John Plumb (left) of Randolph held his promotion to captain Tuesday night in his hometown of Randolph. He was administered the oath of office by Rear Adm. John Mustin (right) in front of more than 100 friends and family members at the Randolph American Legion.

RANDOLPH — U.S. Naval Reserve Cmdr. John Plumb officially became Capt. Plumb in a ceremony before more than 100 family members and friends at the American Legion post in his hometown of Randolph.

It was a night for Plumb, the Democratic candidate in the 23rd Congressional District, to forget about politics for a couple of hours and mingle with those who came to celebrate his promotion.

Plumb was the third member of his family to achieve the rank of captain. His brother, Michael, and sister, Mary, both served as captains in the Air Force.

Plumb’s career has gone from the Navy, where he served on a submarine, to working for Congress as a civilian and later at the Pentagon and the National Security Council. Plumb has continued as a member of the Naval Reserve.

Plumb, who currently serves as commanding officer of the U.S. Fleet Forces Command Maritime Operations Center in Newport, R.I., will become commanding officer of a 75-person unit responsible for force protection of Navy Carrier Strike Group 4. His unit will be responsible for certifying that Navy units have the appropriate security and protection capabilities they need before they deploy for various operations.

Monsignor Angelo Caligiuri — who married Plumb’s parents at St. Bonaventure University, where they both attended college, and baptized Plumb when the family lived in Randolph — gave the invocation before the ceremony.

After Mustin administered the oath of office, Plumb’s wife, Radha Iyengar Plumb, and his mother, Marie, replaced his commander’s shoulder boards with those of a captain. His young nephew, Aidan, helped remove black electrical tape on his dress uniform that had been used to hide the new captain’s stripes on his sleeves.

“I’m excited about John Plumb’s candidacy for Congress. I’m confident that John’s military experience and strong roots in the Southern Tier will make him an excellent and independent advocate for our entire region,” Lundine said.

“I believe he will serve with the honor and integrity that has been ingrained in him through over two decades of service as a U.S. Navy officer. And as a candidate from the Jamestown area, I think he is exceptionally well-qualified to represent the hardworking men and women that live in rural communities all along the Southern Tier.”

Plumb was pleased to receive the endorsement.

“When he was a congressman and mayor representing the Southern Tier and Jamestown, he always put the needs of our rural communities first, bringing people together to find solutions that benefited the entire region,” the challenger said. “I respect and admire his leadership.”