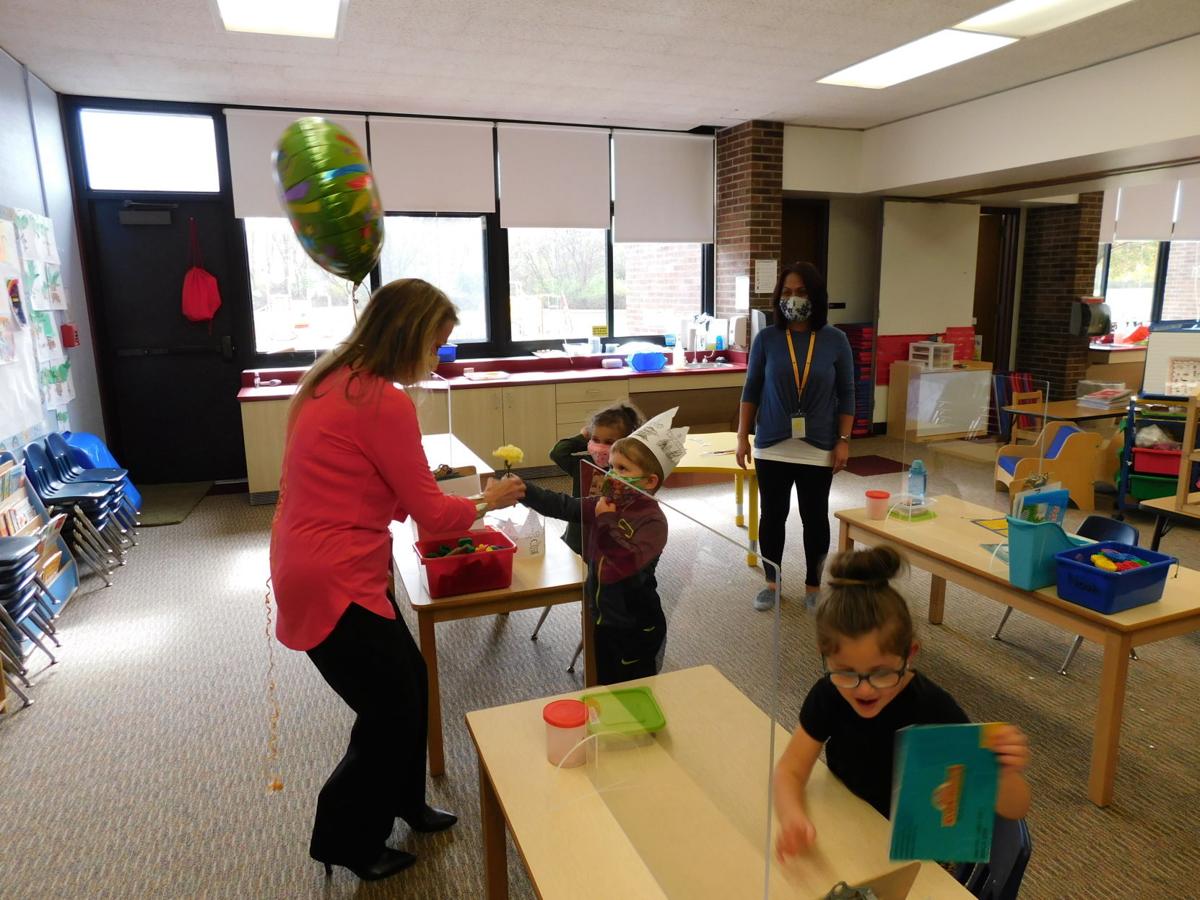 East View Elementary School literacy coach and teacher Patricia Howden (at left) accepts a flower from a young student at the school Friday in honor of her last day of teaching following a 41-year career. 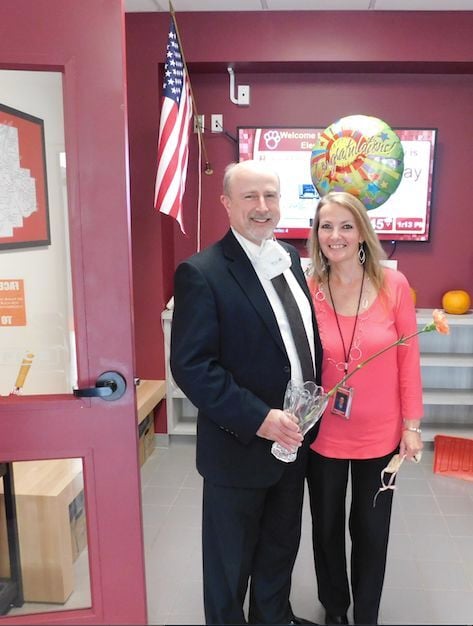 East View Elementary School literacy coach and teacher Patricia Howden (at left) accepts a flower from a young student at the school Friday in honor of her last day of teaching following a 41-year career.

OLEAN — As Patricia Howden said her final goodbyes to third-grade students in a class at East View Elementary School, one little girl yelled out from the back of the room, “I’m going to miss you, Mrs. Howden!”

Howden, who served as literacy coach and teacher at the school, retired from the Olean City School District Friday after a 41-year career. Her day included visits to each of the classrooms at East View to say farewell to students and staff, and receive a flower. By the end, she had collected 41 flowers representing each year of work in her career.

Jen Mahar, district coordinator of state and federal aid programs, also presented Howden with a plaque from the district in honor of her years of service.

Crawford said a large farewell assembly of students and staff in the gymnasium or another area on campus couldn’t be held because of COVID-19 guidance.

Despite that, Howden enjoyed her final day of school as she walked around school with a balloon attached to her clothes, much to the delight — and envy — of some of the students.

“I feel like somebody has been following me all day,” Howden said with a laugh as she looked over her shoulder at the attached balloon. “I’m having a wonderful day. I’m overwhelmed by cupcakes and my office is a big, beautiful mess of balloons and cards the students made.”

A graduate of SUNY Geneseo College 43 years ago, she began teaching full-time at Pioneer Central School District 41 years ago. Later, she worked in teaching positions in Olean before accepting a job as a classroom teacher at the former North Hill Elementary in 1984. When North Hill closed in 2006, she accepted a position as a reading coach at the former Boardmanville Elementary, working there until that building closed in 2012.

“When that building closed, those students, my principal and teachers all came (to East View) and we merged together,” she recalled. “It’s been a long, wonderful time.”

Crawford said Howden’s position as literacy coach at East View has been “unique” as she taught half of the time and served as reading coach during the other half of her schedule.

“It was really a split leadership and teacher’s position,” he explained. “For a school to be successful, you really need to have this (type of position) … We’ve been having fun for six years by focusing on just changing the culture of reading and making it fun for kids.”

He said Howden’s background in theater added creativity to “silly” videos they produced to encourage students to read.

“We would do Olivia Newton-John and John Travolta” videos, Howden recalled. “(Crawford) really held his own.”

Howden admitted that last spring’s issues with the pandemic, which caused the close-down of in-person classes in the district, was challenging.

“What we did was we first started reaching out to students,” she commented. As time went on, she and the other teachers messaged the students and eventually began Zooming with the children one-on-one.

“We also made instructional videos for them … we did all we could to keep them going,” she noted.

In offering comments on Howden, Mahar said she “has been such a wonderful leader throughout.

“We’ve had so many changes that we’ve done over the years and she’s been integral in helping guide us through,” Mahar said. “She helped the teachers assimilate new instructions” as well as provided guidance on making materials both fun and compliant with mandates.

Howden showed these leadership qualities during her stops in the classrooms where she appeared to be touched by the thoughtfulness of the students.

And as she left each classroom, Howden turned and remarked, “I hope everyone keeps reading and learning.”