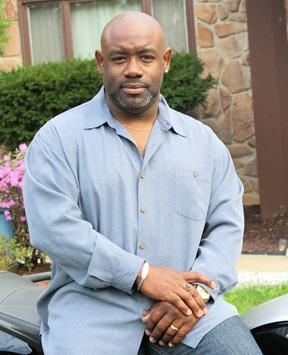 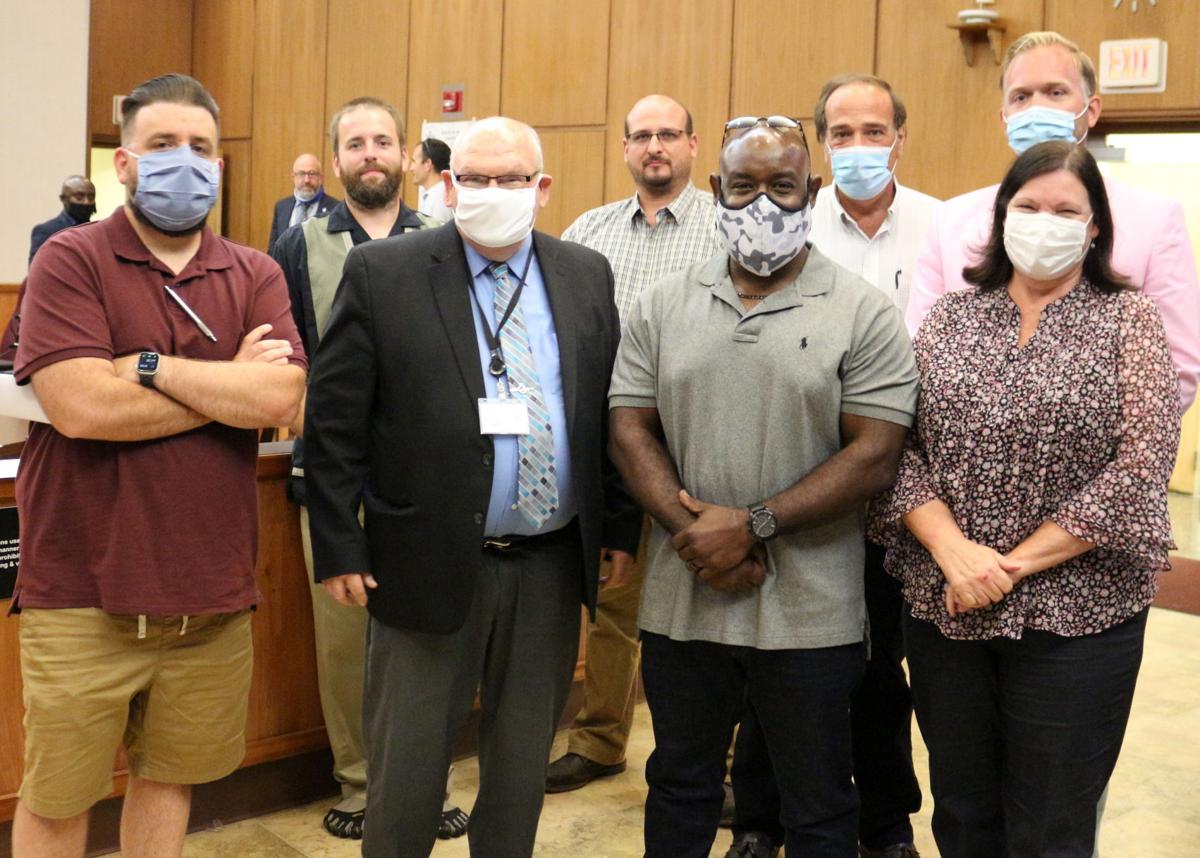 Vernon Robinson Jr. (second from right in front) was named Ward 6 alderman by the Olean Common Council after his nomination by Mayor Bill Aiello (second from left). Also in the front row are Council President Paul Gonzalez (left) and Ward 1 Alderwoman Linda Witte. In the back row (from left) are aldermen Kevin Dougherty, Jason Panus, David Anastasia and John Crawford.

Vernon Robinson Jr. (second from right in front) was named Ward 6 alderman by the Olean Common Council after his nomination by Mayor Bill Aiello (second from left). Also in the front row are Council President Paul Gonzalez (left) and Ward 1 Alderwoman Linda Witte. In the back row (from left) are aldermen Kevin Dougherty, Jason Panus, David Anastasia and John Crawford.

He is the first Black man to serve as an alderman in Olean — Ward 1 Alderwoman Linda Witte said it was “a long time coming.”

Robinson, of 1910 Washington St., is National Grid storekeeper of warehouse operations for its Olean, Franklinville and Wellsville service centers. He has lived in Olean for the past 27 years and raised his family here.

After Robinson’s nomination by the mayor, all aldermen agreed to be sponsors of the resolution.

Robinson was congratulated by Aiello and the aldermen at the end of the meeting. He will be sworn in and take his Council seat at the Council’s next meeting.

Robinson served in the U.S. Marine Corps, earned a business administration degree from Jamestown Community College and a bachelor’s degree in applied management from Franklin University. He has 30 years of supervisory experience.

In 2014, Robinson published his memoir, “A Change Is Gonna Come,” which told the story of his upbringing in the rough area of southeastern Washington, D.C., to his journey in the Marines and the circumstances that led him to Olean.

“I tried to show in the book what shaped me, and while I grew up with all of these challenges, I was able to overcome them and make a positive from all the negatives,” he told the Times Herald in 2014.

A friend in the Marines from Bolivar helped introduce him to his future wife, the former Michelle Clemons of Friendship, who today serves as a kindergarten teacher at Washington West Elementary School. They have two adult children, Joshua and Aaliyah.

Bash: What we just saw from the President was propaganda

Robinson’s appointment to council came after extended discussion during the Council’s work session on naming a police review board and an equality and diversity committee.

The police review board, council president Paul Gonzalez said, would have the police chief and a police union representative, an alderman and four community members.

The Equality and Inclusive Committee would be made up of two aldermen, four community members and two city employees.

The committee is a result of a series of town hall meetings city officials held recently with members of the community after the killing of George Floyd by a Minneapolis police officer sparked Black Lives Matter demonstrations, including in Olean.

The Council authorized a $6,000 transfer from the contingency budget to pay for live streaming costs of Council meetings.

A contract was approved with Beichner Waste to collect the waste for $210 a ton with electronics.

Aldermen also approved a change in the setback requirements to be able to keep chickens in the city.

As many as six chickens will be allowed, according to Gonzalez.