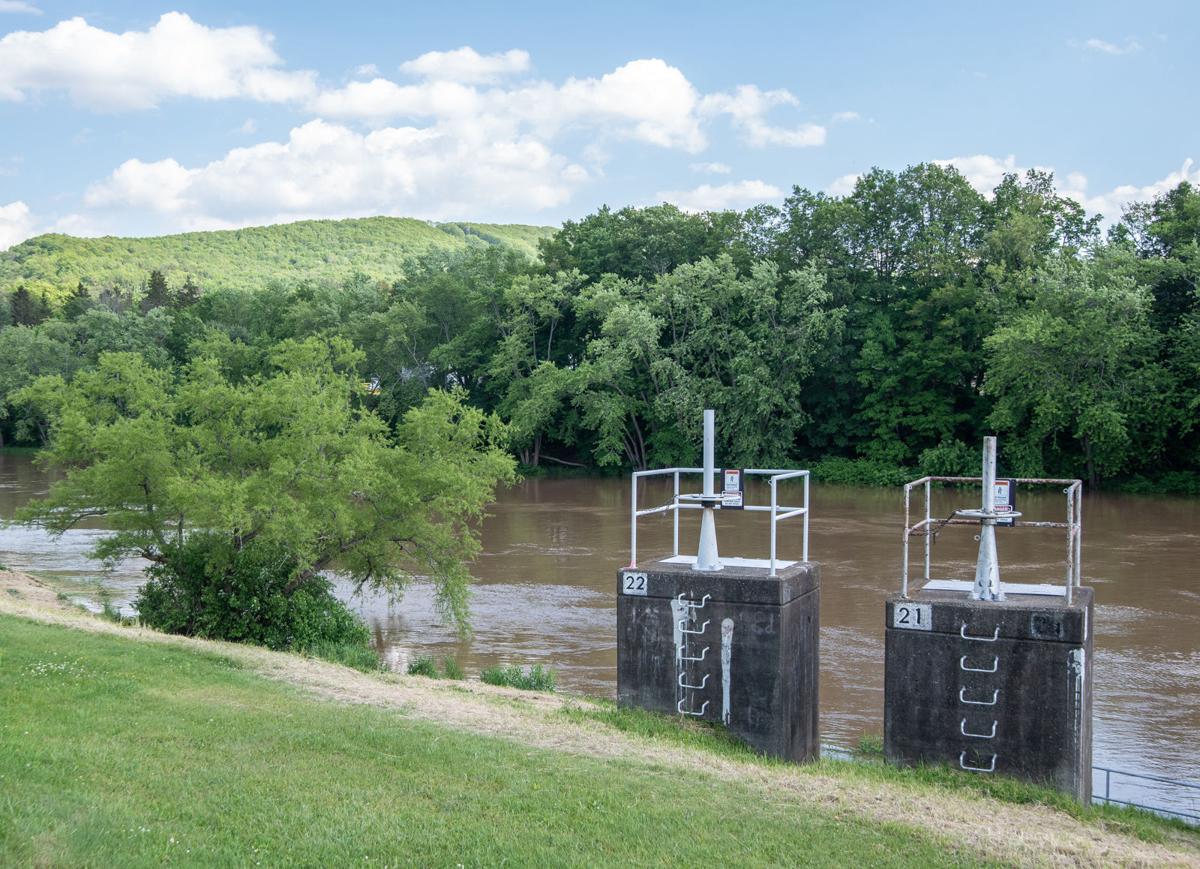 A map details remediation plans for the Allegheny River in Olean.

A map details remediation plans for the Allegheny River in Olean.

OLEAN — An unfortunate legacy of Olean’s oil past will be abated this summer, city officials reported this week.

The city Department of Public Works issued a press release Friday indicating that a voluntary cleanup effort by ExxonMobil — the successor of Socony-Vacuum Oil — will be undertaken in the Allegheny River at approximately South Seventh Street.

Mayor Bill Aiello said the cleanup is connected to the former Olean-Bayonne pipeline. The line, a pair of 8-inch pipes constructed in 1881, ran from the refineries in North Olean all the way to Bayonne, N.J., to deliver oil to the New York City area. The line was the first interstate oil pipeline. Previous cleanups in Portville were also connected to the line, as well as sites in other Southern Tier communities to the east.

“Our river is being used more and more every day for recreation, and it’s good to get these environmental issues cleaned up before they become a major problem,” the mayor said, adding the contamination could theoretically affect downstream water supplies and the river’s ecology.

Around 60 neighbors were notified through letters, Aiello said, and the release was made to notify the community at large of the work.

ExxonMobil has been active in remediation efforts on the city’s northwest quadrant, Aiello said, with the brownfield cleanups there leading to redevelopment as solar farms and the Olean Gateway hotel project. In the mid-2010s ExxonMobil agreed to take responsibility for off-site contamination in New York from the former refinery site off Buffalo Street — including pollution related to the pipeline, which began at the site.

Despite the company existing for only around 20 years, the firm is on the hook for remediating pollution that could be 140 years old.

Under the federal Comprehensive Environmental Response, Compensation on Liabilities Act — Superfund — companies such as ExxonMobil are generally required to take responsibility for pollution created by predecessor firms. The legislation was created in 1980 following the crisis involving industrial waste in the Love Canal neighborhood of Niagara Falls.

One arrest made in Austin shooting incident

The 'New Normal' for Employees; Going to Work Will Feel Like Going Through Airport Security Screening in This Post-Pandemic World

The cleanup will be at no cost to the city, the mayor added, but there will be increased traffic on West Greene Street as the contaminated soil is taken away for burial.

“There will be extra traffic,” Aiello said, “but in the long run, it is outweighed by the cleanup.”

According to a draft environmental assessment prepared in 2017, the spill was first identified on Aug. 14, 2006, by a fisherman on the north bank of the river, who found a 150-foot-by-350-foot patch of a dark petroleum substance which was not identified.

While a known issue for 15 years, Aiello said the biggest hurdle was receiving the clearance to access the river across the flood control levee — under the control of the U.S. Army Corps of Engineers.

“That took four years,” the mayor said. “Now, they’ve finally gotten all the permits in place.”

The remediation plan calls for a temporary construction road to be built over the flood control levee and a causeway to be built into the river. Once in, ExxonMobil will remove an estimated 1,000 cubic yards of contaminated soil — the equivalent of 400 pickup trucks — and replace it with clean soil.

“It’s only going to be about a two-week process to remove it,” he said.

Once completed, the causeway and access road will be removed.

Preparation work is underway. Markers and straw at the site indicate where the access road will go before its construction. In addition, a colony of rayed bean mussels — a bivalve mussel on the U.S. Fish and Wildlife Service’s endangered species list — were removed from the site and relocated to an unaffected area of the river.