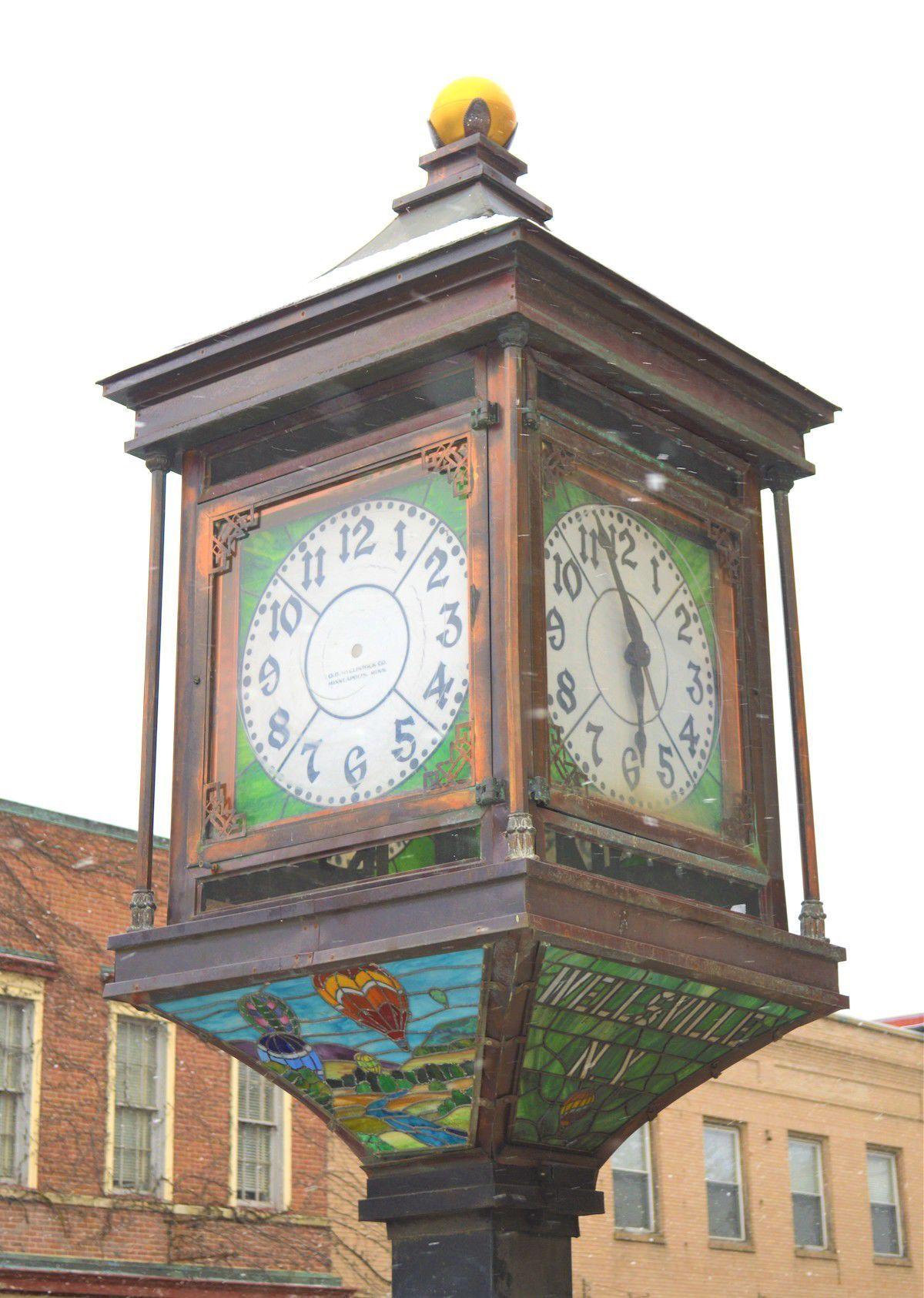 The antique clock on Main Street in Wellsville is getting a new lease on life as repairs are ongoing. 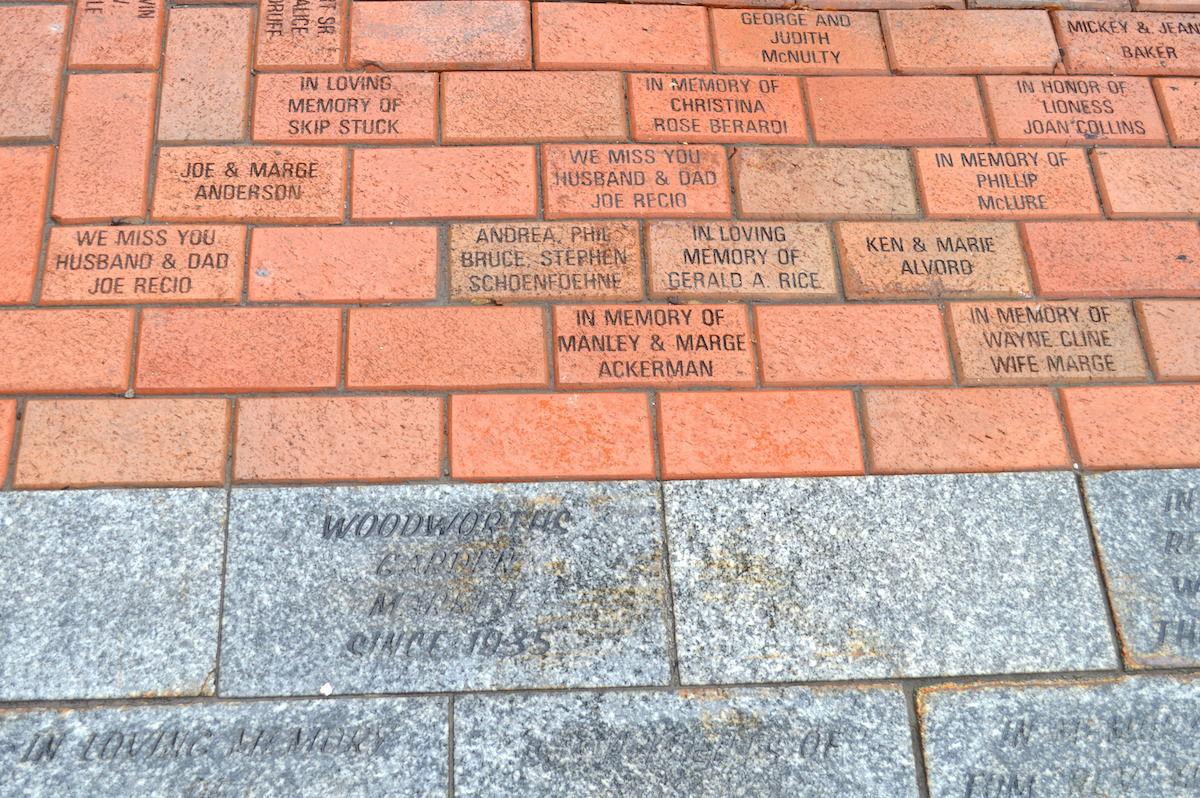 Money from the sales of memorial bricks and pavers will be placed in a fund for future clock repair and maintenance.

The antique clock on Main Street in Wellsville is getting a new lease on life as repairs are ongoing.

Money from the sales of memorial bricks and pavers will be placed in a fund for future clock repair and maintenance.

WELLSVILLE — The village clock in front of the old Municipal Building is missing some of its hands.

If you’ve taken a look at the massive antique clock on the corner of Main and Jefferson streets, you might have noticed that on one side there are no hands. The clock has been out of sorts for many months, and it wasn’t until around August when Mayor Randy Shayler asked Bruce Thomas, the new head of the Wellsville Area Chamber of Commerce, to take over the project to fix it, that something began to get done.

The clock originally belonged to First Citizens Bank and throughout much of the last century it stood in front of the bank building on Main Street, the present location of Brand Names. Over the years it reflected the names of other banks in that building.

When the bank building was finally closed, the clock went into storage, its face disappearing from Main Street. It wasn’t until the turn of this century that the clock was refurbished, with new stained glass and clockworks, and placed in front of the municipal building.

Now, Thomas said, the clock may be repaired in time for the New Year — or very soon afterwards.

After weeks of trying to gather information about the clock, to little avail, Thomas finally found someone who could take on its repair, Paul Robbins of Angelica.

A recent article in the Angelica Booster News described Robbins as the creator and owner of PR Engine Science Inc., an international custom-machining company that has worked with Alstom Transportation, Dresser-Rand and NASCAR.

At the time it was first noted that the clock project was underway, the subject of the bricks and pavers at the base of the clock also came up. The pavers were sold and put in place when the clock was first erected at its present site. They memorialize businesses, individuals, and families whose presence have graced the annals of Wellsville’s history. There are two sizes, large paving stones, and regular sized bricks.

Thomas said that people have already shown interest in purchasing pavers or bricks.

“I’m going back and searching to see what they originally cost and I’m contacting some carvers to see how much we will have to charge today. I should have that information soon,” Thomas said.

Right now he is busy firming up plans and getting ready for Wellsville’s holiday celebration, which starts the Saturday following Thanksgiving.

While there are several blank pavers and bricks, Shayler commented that should there be a greater demand, more room can easily be made at the site.

Thomas said that the revenue from the sale of the bricks and pavers will be put into a fund for the clock for future repairs and upkeep. Anyone interested in purchasing either a paver or brick, should inquire at the Wellsville Area Chamber of Commerce at (585) 610-5080.

Depending on when the clock is ready, Thomas suggested that there might be a celebration, maybe even a New Year’s celebration.