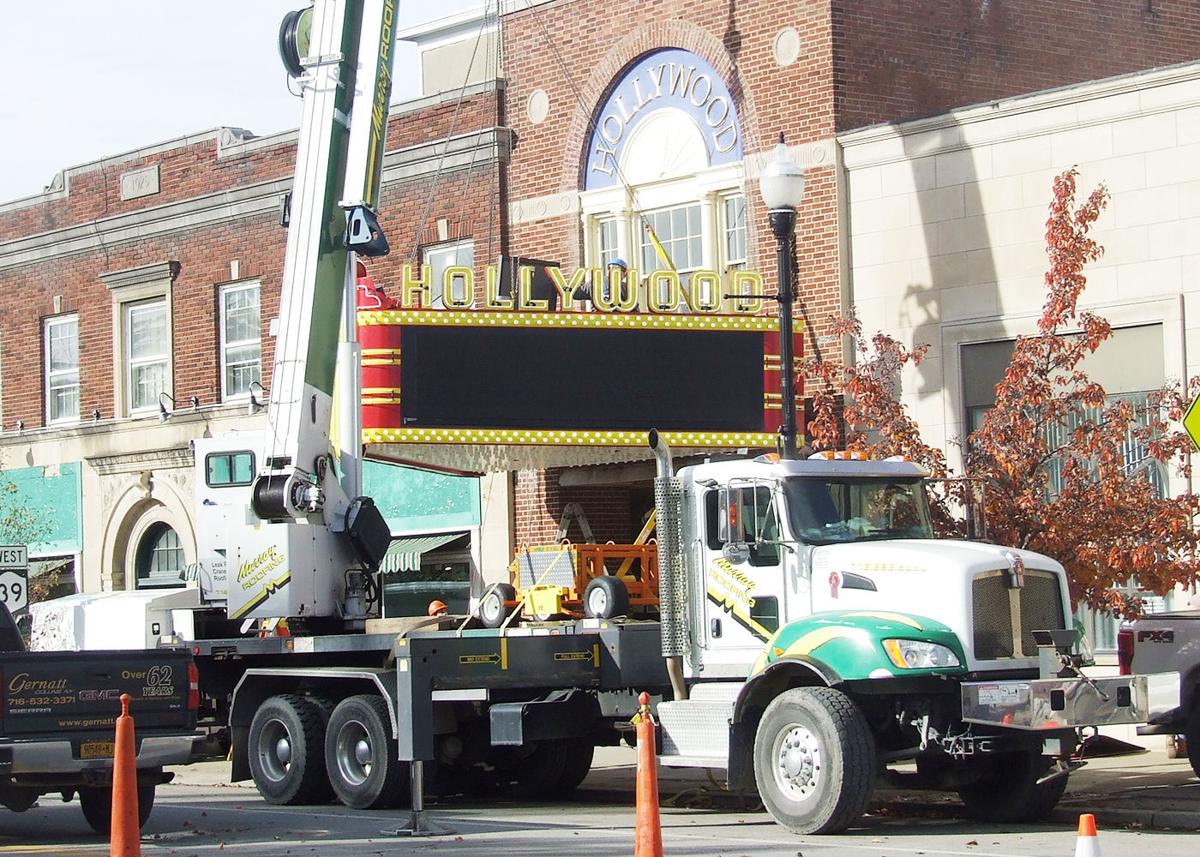 A crane from Murray Roofing of Cheektowaga lifts the restored Hollywood Theater marquee back into place on the facade of Gowanda’s historic theater Wednesday. 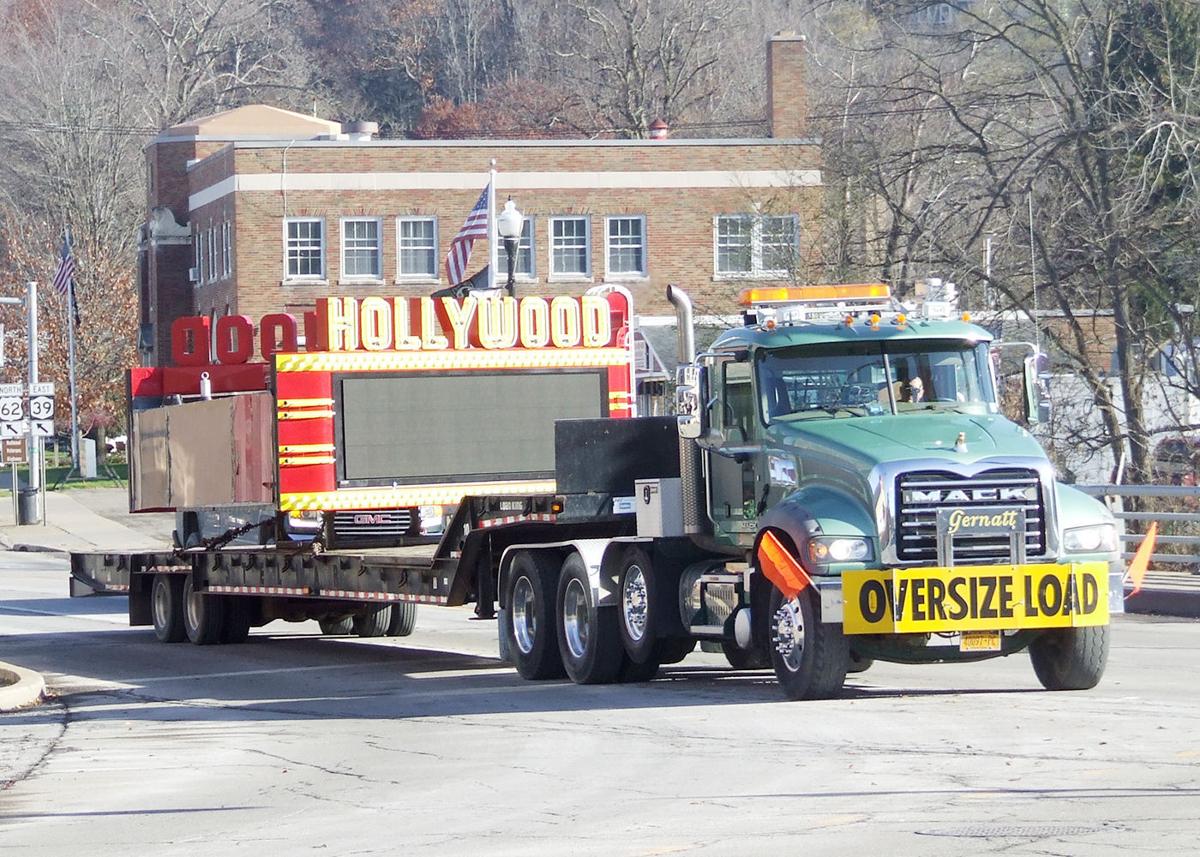 A crane from Murray Roofing of Cheektowaga lifts the restored Hollywood Theater marquee back into place on the facade of Gowanda’s historic theater Wednesday.

GOWANDA — A large part of the Gowanda community got something extra to be thankful for this Thanksgiving when the iconic Hollywood Theater marquee returned Wednesday after a prolonged absence.

As part of the ongoing restoration of Gowanda’s historic theater, the marquee was taken down in December 2018 and transported to Eden, where its restoration would take place. Under the historical guidelines that rule the entire theater restoration, there was the requirement that everything looks like the original.

While the marquee previously displayed messages and announcements of current attractions using large aluminum letters hung on metal tracks, the renewed marquee features an LED display. The display is designed to duplicate the “look” of the old letters without the need to use a ladder to physically change them.

As a string of delays hampered the return of the marquee, almost every conversation about the theater included questions about when the marquee would be returning. The ongoing delays were further complicated by COVID-19 in 2020.

There were also issues this year related to getting sockets for the project from China that extended the delay. It seems the factories that made the sockets had been repurposed to make PPE and were slow in getting back to their original purpose.

A wave of excitement spread through the Gowanda community on Nov. 22 when someone took a photo of the marquee moving on a flatbed. As it happens, that day it was being moved to a warehouse in Angola for some final neon work that needed to be done along with the final touches on the nose of the marquee.

The stage was set for the final return on the day before Thanksgiving. The marquee finally rolled into Gowanda at 10:30 a.m. on a flatbed provided by Gowanda’s Gernatt Asphalt Products. Gernatt’s also provided the escort vehicles.

The first attempt to lift the marquee from the flatbed ran into a snag. With the bottom of the marquee covered in lights, a special arrangement was used to transport it above the deck of the flatbed. A metal structure called a “chair,” which looked more like an inverted table was utilized.

With the marquee back in place, the process of integrating it with its new control system in the building so that it can again display messages can begin. While that is an involved process, the theater is hopeful that they will be able to have that project completed in the not too distant future.

At that time there will be an official ceremony as the marquee comes back to life. Part of that will be the drawing of the marquee raffle winners. The first tickets went on sale in June, but there are still around 100 tickets available for the drawing with a top prize of $500. Other prizes include a $250 gift card to Honk’s Grape & Grain and a $100 third prize. The remaining tickets are available at Honk’s as well as at McCormack’s Hardware, Jesse’s Home & Gifts or from Brenda at Community Bank.