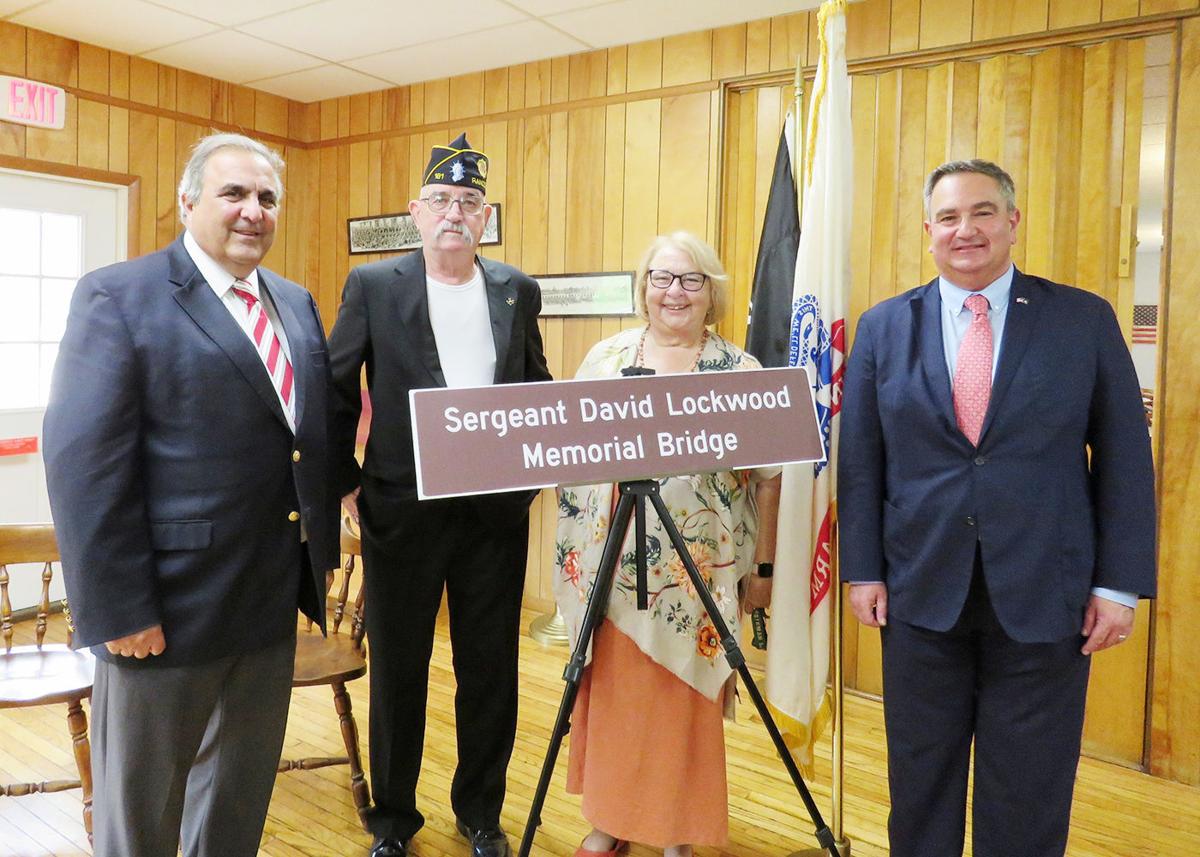 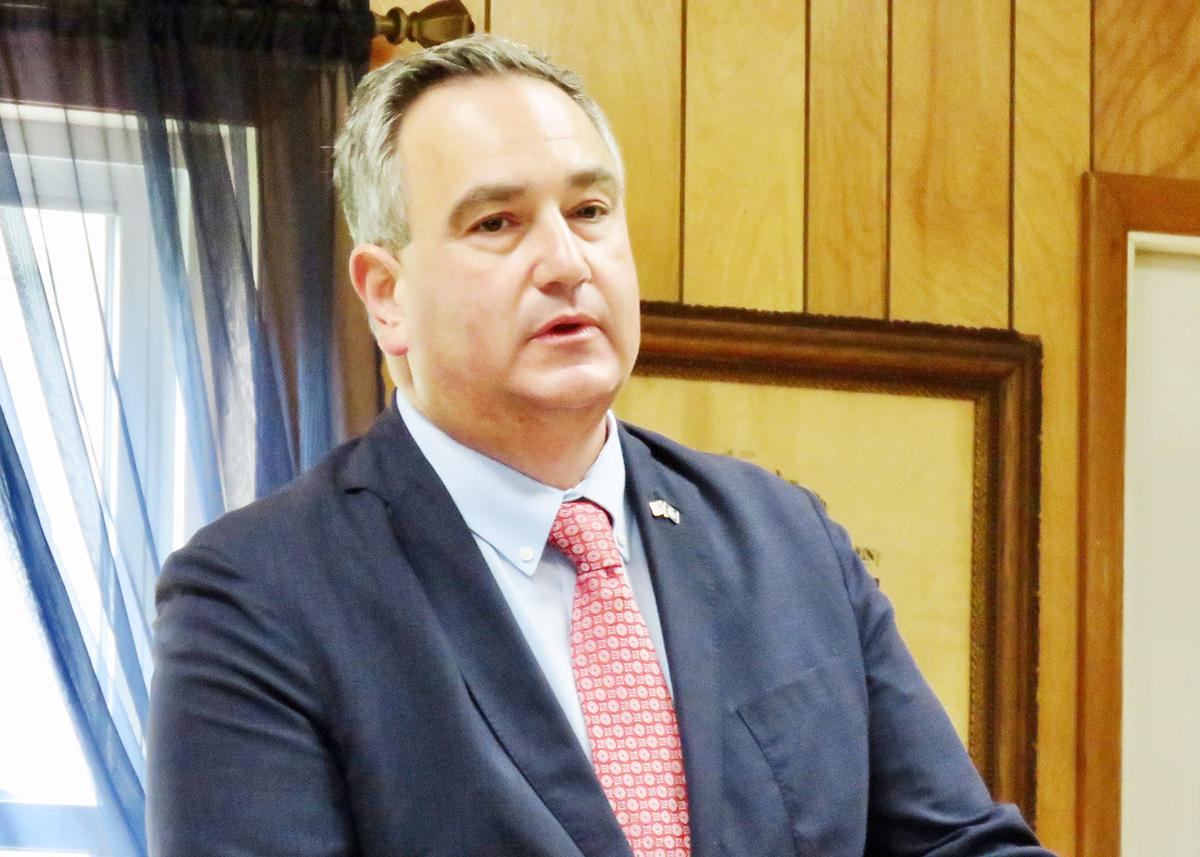 State Sen. George Borrello, whose father served in Vietnam, recognized Sgt. Lockwood’s sacrifice and said he was aware of the incredible hardships American servicemen faced in that war. 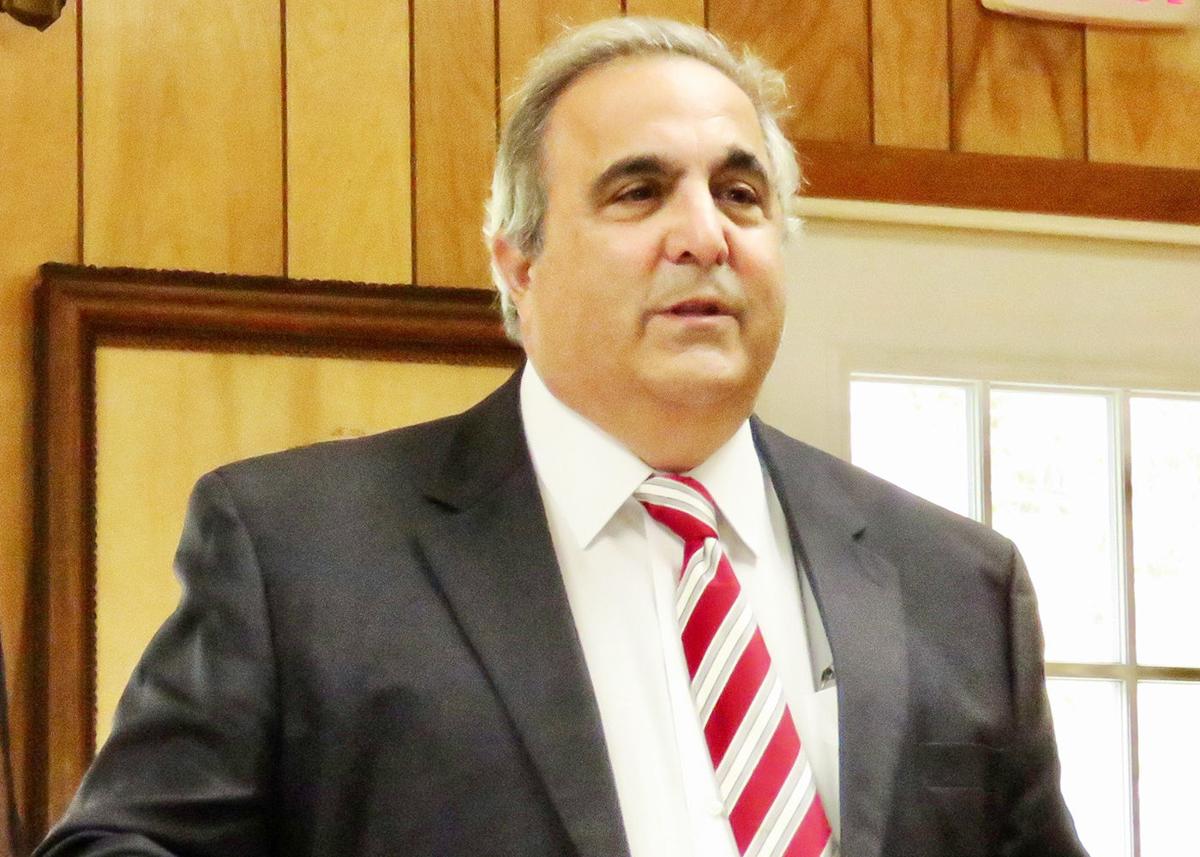 Assemblyman Joseph Giglio said it was an honor to sponsor legislation to ensure that Sgt. Lockwood will be remembered in the town that he loved. 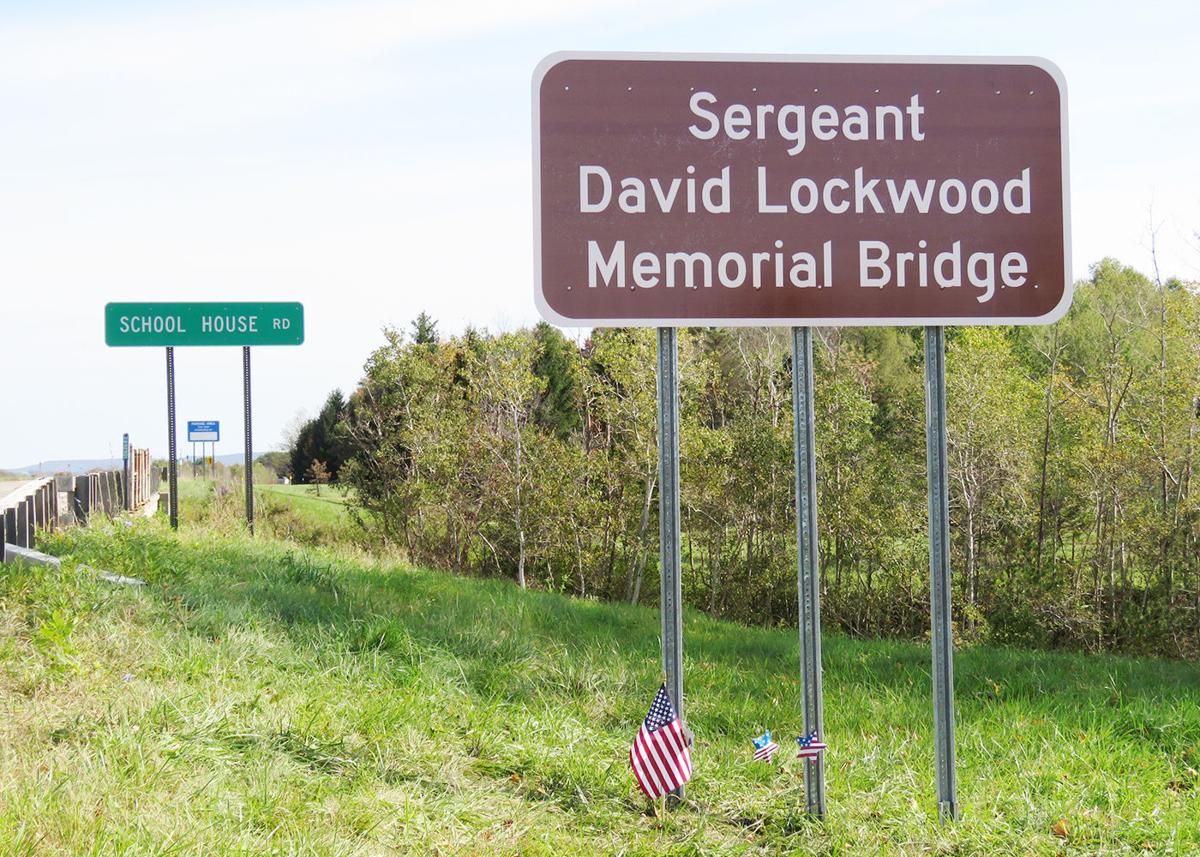 The Sergeant David Lockwood Memorial Bridge carries Interstate 86 over Schoolhouse Road in Randolph and is named for a town native and veteran of the Vietnam War.

RANDOLPH — The courage and sacrifices of a Randolph native who served with distinction in the Vietnam War were posthumously honored Saturday with the dedication of the Sergeant David Lockwood Memorial Bridge.

State Sen. George Borrello and Assemblyman Joseph Giglio, sponsors of the legislation enacting the designation, were joined at the Randolph American Legion by Lockwood’s family, friends and members of the community to commemorate the contributions of the Silver Star recipient.

The Sergeant David Lockwood Memorial Bridge crosses Schoolhouse Road in Randolph. As a student before he went to war, Lockwood worked on the bridge that now bears his name.

“As a 19-year-old college student from upstate New York, David Lockwood answered his nation’s call to serve in the Vietnam War and accepted all the sacrifices, hardships and risks that entailed,” Borrello said.

A soft-spoken but exceptional leader, Lockwood advanced quickly to the rank of platoon sergeant and inspired great respect from his men, Borrello said.

“He distinguished his company as one of America’s finest infantry units in Vietnam and was awarded several military honors, including three Silver Stars, the third-highest military combat decoration that can be awarded to a member of the United States military,” the senator said.

Lockwood, a Randolph High School graduate, was attending college and working as a carpenter’s assistant in 1966 when he was drafted into the U.S. Army. He served with the 1st Platoon, Alpha Company in the 5th Battalion of the 9th Infantry Division.

Borrello said Lockwood’s valor on the battlefield was exceptional. He earned prestigious Bronze and Silver Stars for instances where his courageous actions saved the lives of his platoon members

“However, when the war was over, he and his fellow Vietnam veterans didn’t receive the hero’s welcome they deserved,” he said. “Anti-war protests fueled hostility towards our troops, adding to the trauma endured by these patriots.

“Thankfully, time has healed some of those wounds and restored the great respect that is due to those who risked their lives fighting on behalf of our nation,” Borrello continued. “The dedication of this bridge is an affirmation of the debt we owe Sgt. Lockwood and all of our military heroes.”

Following his service, Lockwood graduated from the Rochester Institute of Technology and worked as a mechanical engineer. He and his wife, Patricia, moved to the town of Pavilion in Genesee County in 1974 and raised two daughters. He passed away in 2018.

Giglio said dedication of the bridge is the culmination of a lifetime of service by Lockwood, from his heroic actions in Vietnam to his many contributions here at home as a family man, engineer and valued community member.

“It was an honor to sponsor legislation to ensure that Sgt. Lockwood will be remembered in the town that he loved,” he said. “We are forever grateful for people like Sgt. Lockwood who committed their lives to making the world a better place through service to their families, their communities and their country.”

Steve McCord, Director of Veterans’ Services in Cattaraugus County, said he did not have the fortune of knowing Lockwood but wished he had.

“He epitomizes the quality of the veterans we have in Cattaraugus County from his sense of service to his heroism on the battlefield to his continued success after he returned to civilian duty,” he said.

Although Lockwood rarely spoke of his time in Vietnam, in his later years he began attending biennial reunions with those with whom he served. One of those men was Barney Tharp.

“David and I grew extremely close while in Vietnam and depended upon each other for survival on the battlefields. That’s a bond that can never be broken by decades, distance or even death,” Tharp said. “I am so happy that he is being eternally honored with this bridge dedication. It is a well-deserved remembrance of a true American hero.”