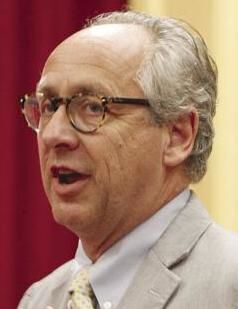 In an effort by New York to keep schools open and safe, the employees in districts across the state must be vaccinated against COVID-19 or undergo weekly rounds of testing.

The state Public Health and Health Planning Council last week announced an emergency regulation and the state health commissioner issued a determination requiring all teachers, administrators and other school employees to submit to weekly COVID-19 testing unless they show proof of vaccination.

At Olean City School District, Superintendent Rick Moore said staff have begun the process of collecting data on employees who have been vaccinated and who has not.

“Right now we’re still working through that, and it’s huge because we have a lot of employees,” he said. Including teachers, non-instructional staff and administrators, the district has nearly 500 employees.

“People who are already vaccinated can get tested also,” he added.

Moore said the district hopes to have a better idea of how many employees have been vaccinated and how many will need to be tested by the beginning of next week.

“As far as people wearing masks, it’s been awesome,” he noted. “We haven’t had anybody refuse to wear a mask.”

One concern for the district is a number of bus drivers who had not been vaccinated. Moore said the district contracts its buses through Portville Central School District, which would be handling the testing for bus drivers.

“All our kids have been getting here and everything has been working out pretty well,” Moore said of the busing. “We bus a lot of kids, but not as much as other districts because we still have a lot of walkers.”

In Allegany-Limestone Central School District, Superintendent Tony Giannicchi said he and staff are waiting for guidance from the Cattaraugus County Department of Health on how to set up the testing needed.

“I think everyone was thrown for a loop with it and the speed of it,” he said.

Although they don’t have official numbers yet, Giannicchi estimates about 65% of all Allegany-Limestone staff have been fully vaccinated. The district has nearly 200 employees.

As far as concerns on buses, Giannicchi said everyone has to wear a mask whether they are vaccinated or not, so there had been no issues with bus drivers yet.

“The guidance that we were provided lacks guidance on when the requirement starts, how the testing is to occur, what happens if someone does not get tested and who pays for the tests,” he said. “The practicality is there are no tests available in our region. … The ones that are available are reserved for those who are symptomatic.”

In early August, district officials reported about 65% of employees had been vaccinated. The district employs more than 350 staff.

At this point, Beehler said the district is not forcing anyone to get vaccinated or to turn over their vaccination cards. He said the district will work with the labor associations and ensure the school is safe for students and staff alike.

The emergency regulation, which authorizes Health Commissioner Howard Zucker to require weekly testing or proof of vaccine, applies to all schools in New York until it is no longer necessary as described in the language of the regulation.

“My top priority is to get children back to school and protect the environment so they can learn, and everyone is safe,” Gov. Kathy Hochul said. “We are now issuing guidance to make sure our school staff are vaccinated or tested regularly for themselves and their families, our students and our communities.”